The Outer Worlds is a sci-fi RPG where choices matter with a lot of side questing and adventures to get wound up in. You find yourself from the get-go in quite a dicey situation where you will be tested by picking different choices of your morals and how you end up playing in The Outer Worlds universe.

I was almost taken aback by just how quickly you can choose to define the role you wanted to play in this game’s universe. Many times I asked myself “can I” instead of “should I” which is a bit different than I usually tend to play these sorts of games.

Not that long into the story, it sounded like it might have been a pain in the behind to play along and be the "good guy.” Murder, theft, and not making friends was my path as I set the universe on fire. I decided I wanted to have a bit of a vengeful undertone in how my character ended up in the situation he was in. I was perfectly fine selling out to the highest bidder and murder if it meant I got to have a bigger piece of the pie.

To say I went on a killing spree in this game is an understatement. Up until around mid-game I was always strapped for ammo of all sorts from fire basic guns to death-defying energy weapons of doom. I stacked the bodies high and shot first not caring to ask questions later. In fact, if they were still speaking I felt they needed another tap of my rifle. The Outer Worlds has some tropes that beckoned to my earlier years of gaming. My first encounter with my spaceship's computer called ADA sent me into a time bend back to my StarCraft days of mission briefs. The hair stood up on the back of my neck and I was 100% for the nostalgia.

It’s just a shame my relationship with ADA, let’s say, did not start on the right foot. Thankfully she seemed more inserted into getting off the dust bucket of the first planet you first start on in this game. It did cross my mind a few times that her loyalty seemed easily swayable likes a lap dog accepting a treat from a stranger. Thankfully you are not alone to travel in this universe if you so choose to be. The game has an ok companion system where you can swap out different members in your group depending on your needs. They all have their quarks and even side quests to complete if you so desire.

The companions do have a perk system from leveling up. Along with armor, weapons, and different usefulness throughout the game. Some of them have more of an attitude than I do being woken up early on a Sunday morning with it raining a hail storm outside. You best believe those are my kind of people to have an adventure with.

Depending on how difficult of a setting you selected for the game things like companions could be permanent death or they could just be incapacitated during a battle. With the game having a decent storyline and me being in adventuring not an adventure difficulty type of mood I picked things to be like microwaved butter for my stay in the universe.

The Outer Worlds is one of those games you can either try and rush the main storyline or just sit back and do everything. I could tell from the old-style posters and sci-fi color vibes of this game I wanted to drink every last FUCKING drop it had to offer. If there was a dam door I was unable to pick or a system I could not hack at the time I came back for it. 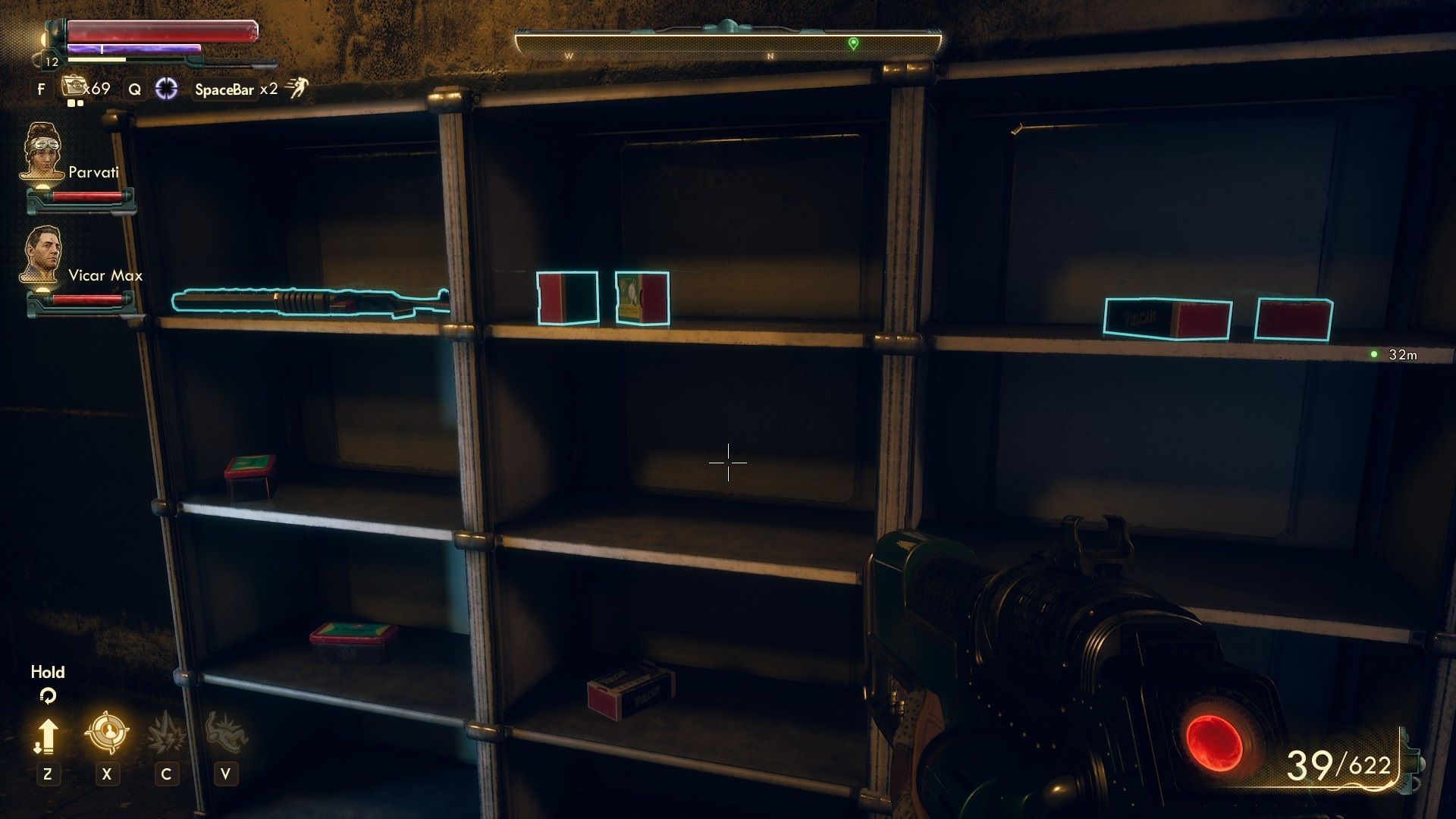 I’m willing to admit I’m the hoarder of packrats. The environments in this game have so many looting opportunities I was always struggling with inventory management. Sometimes I explored every corner of an instance or zone just to ensure I got everything. If there was dinnerware in this game I would have stolen it.

If they could show my character in real life it would have been an impossible feat. He would have had at least 50 guns strapped on his back. He would have been carrying more layers of clothing than an Eskimo in Alaska to keep warm. Along with currency, the weight would have crushed an elephant so I should only be so thankful the future is digital money. 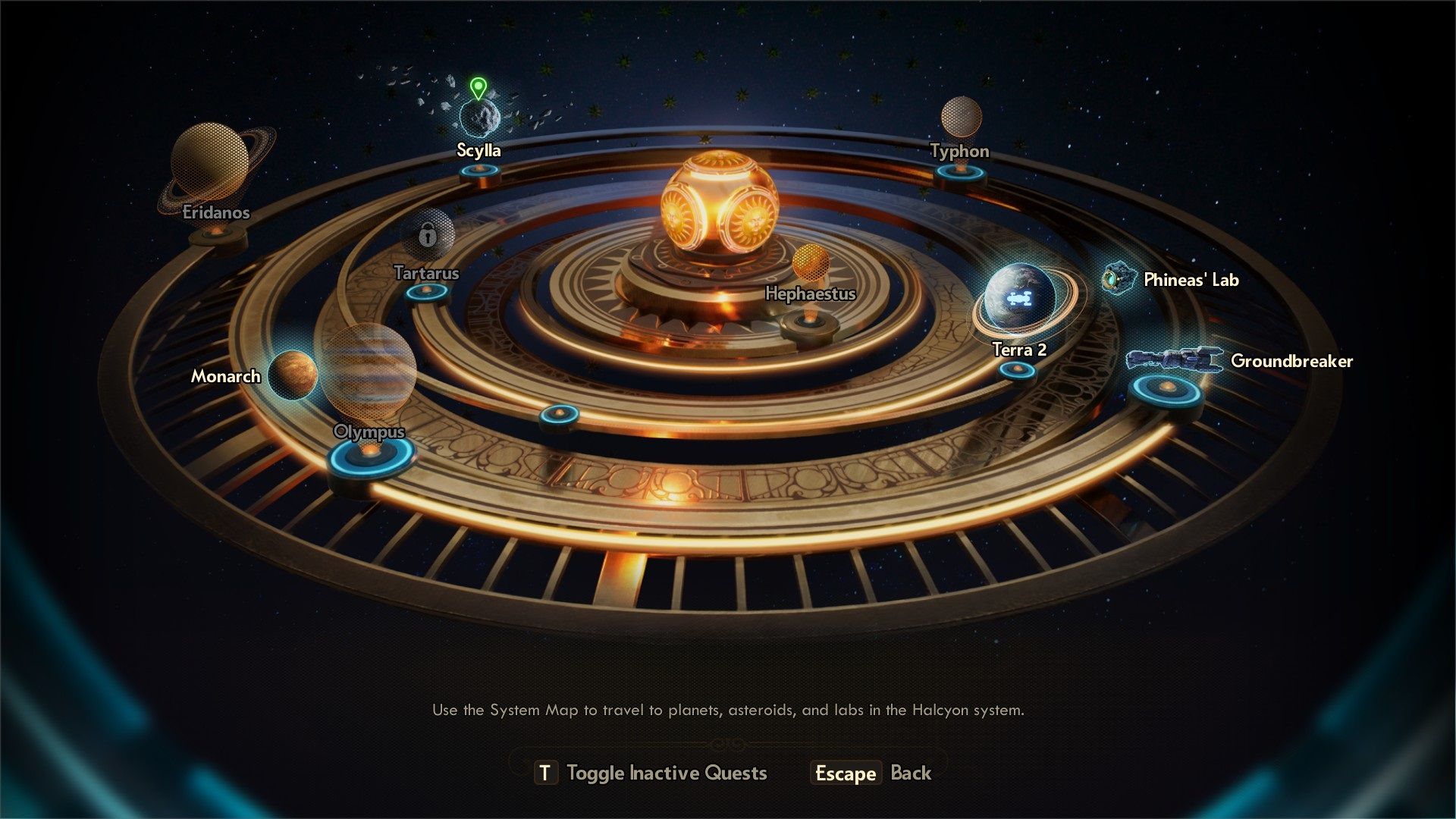 With The Outer Worlds being more themed around an open-world game you could go to most places unless they required some special clearance or item to get there. A few times I went on a bit of a joy ride where the main quest line had yet to take me to see what kind of trouble I could find myself in.

I recall one particular instance where I landed on a planet thinking I was the all-mighty creator and was going rain leaded hell down on the inhabitants there. I might have had a side quest to do but that part is a bit of a blur. I just recall expending every single piece of ammunition I had only killing a couple of trash mobs. I retreated and collected my thoughts on another plant by wiping out some towns of baddies.

In a game like The Outer Worlds, it’s hard to get from point a to b without having an adventure. Most times a simple trek across a plant involved wiping out a couple of towns, entire family trees, and possibly causing some a planetary-wide incident. Thankfully I was not caring too much about maintaining my reputation with any particular faction of people. Then the real fun would begin as you enter into a complex. Often you were hunting after items, murdering someone, or even aiding in the occasion rescue if you could call it that. Thankfully if the excitement got to be too much for you there were plenty of bathrooms throughout the complexes in this game. I’m sure the human resources department
on the mega corporations and governments controlling the strings behind the scene were proud of such a feat.

While your character did have some advanced technologies for those who like to play it slow and stealth-like on occasion. I was not really into the whole cloning your appearance to appear as a worker or someone with access for short periods. I was more of guns out and make sure the entire compound is on alert.

More times than not things got messy. The good kind like when you were a kid dressed in your Sunday best and you jumped into a mud puddle before Sunday school. Expect you are now an adult with enough of an arsenal to bring an entire planet to its knees. It was incredible. 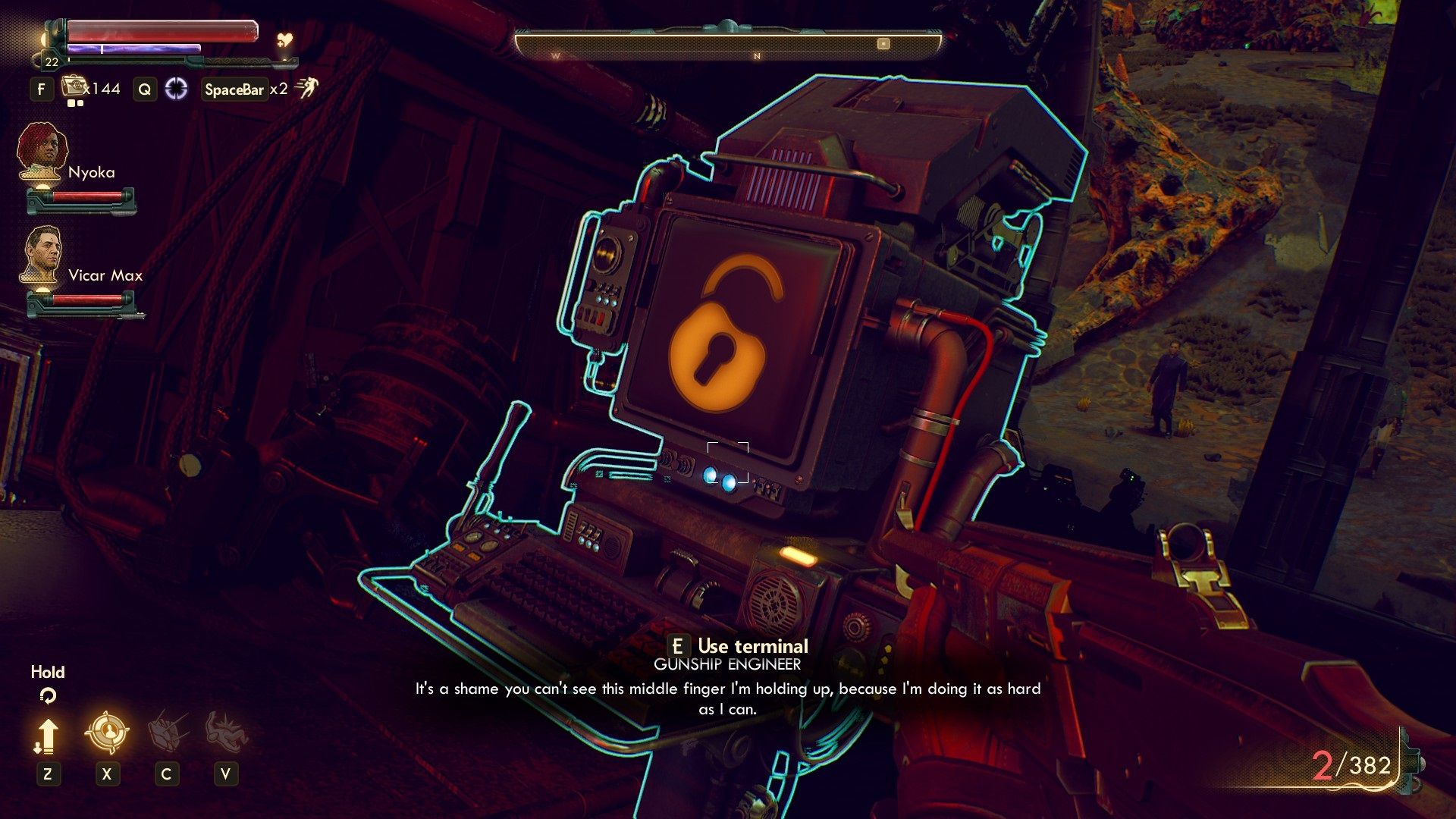 This game gave me a lot of different things I was looking for in a sci-fi RPG. I love space travel, dealing with different factions, have shootouts with advanced weapons, and lots of loot. The posters, colors, and pace of the game unfolded in quite the adventure. Where it felt like every action I took was going to come back to me in some way.

Screenshots were taken and content was written by @Enjar. Screenshots are from The Outer Worlds. If you are thinking about getting this game and are looking to support me further consider using my Epic Games creator code: enjargames at checkout or using this referral link to be sent to the store's page.