The demo itself which is what I’ve taken a look at starts a bit different than the full game will. Instead of you owning the gas station yourself and going out repairing and clearing up the place like you would in the full version. You are working for someone else that is gone for a couple of days.

As a result, the gas station is already supplied with enough gas, store items, and repair shop items to get you through. The game has a couple of quick tutorials with one of the characters of the game sending you in-game emails with details should you need to revisit how to do something.

Unlike my expectation of running an old-style gas station where you would only be pumping gas for customers and ringing items up in the store. The game also has a repair garage among many other actives to keep the player busy. There are lots of little mini-games and micromanagement going on in this simulator game.

Along with some old-style cars you get to take a look at. You are doing things old fashion way for the most part. Every time a customer arrived at the pump it pops up a notification letting you know someone needs their gas pumped. 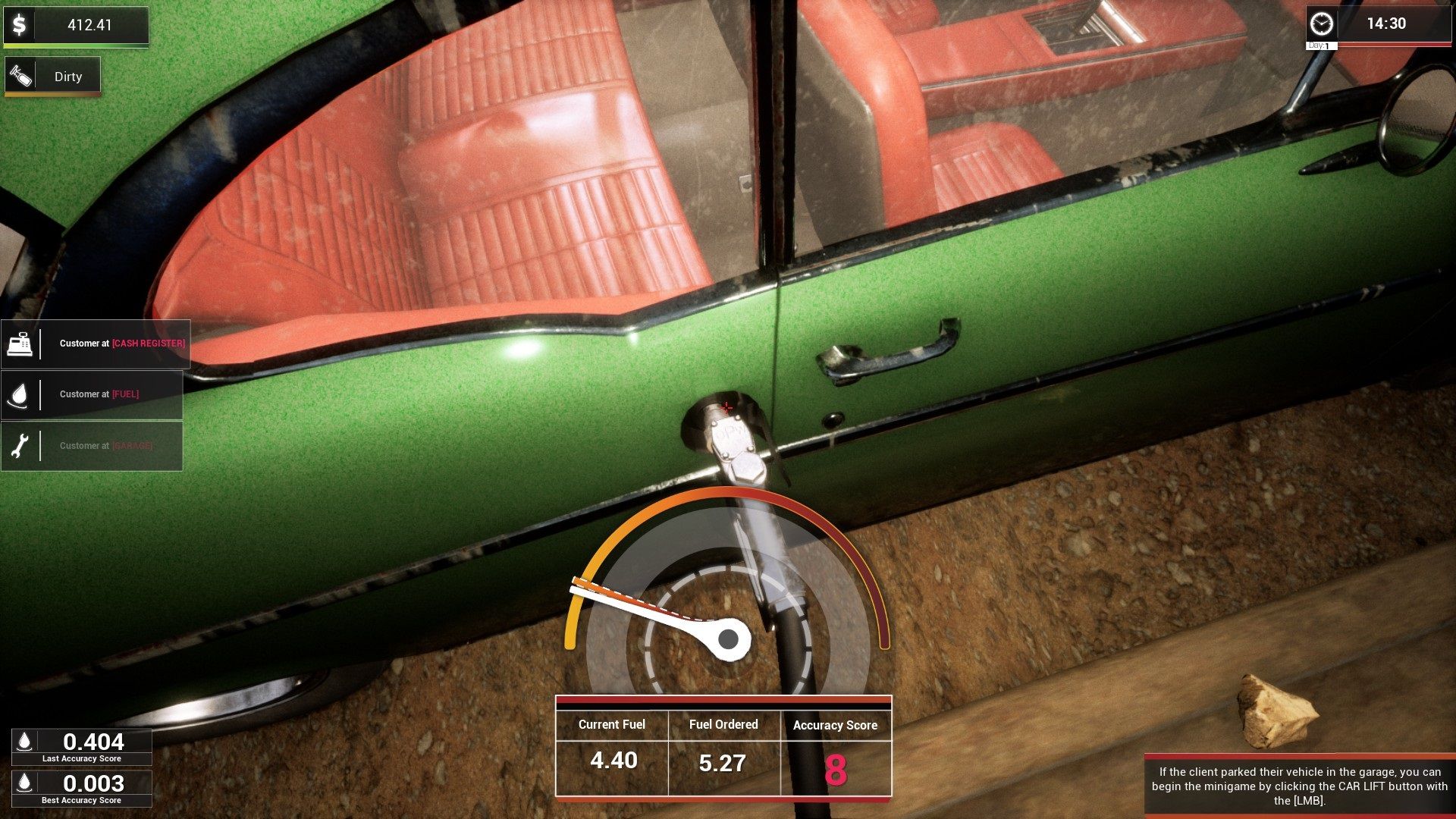 The game likes to gamify quite a few aspects of things. While pumping gas it shows how much you need to fill the tank and even displays a gauge to stop at. The more accurate you are the more you get paid for doing the job. It also keeps track of a running score which is a theme seen throughout the game.

Even the most mundane task like throwing trash away the game adds in a scoring system. I did not feel like trying to play hoops with the trash so I never stood far enough away from the trash bin outside to rack up some points. Picking up trash and the gas station's overall cleanliness is critical to attracting customers inside of the gas station's shop.

As long as the place is not too dirty and you keep up sweeping out the main shop area and gas station bathrooms. Customers will line up from time to time at checkout with a few different items that the store already has in stock. From what I’ve seen in other screens in the game it looks like you will need to order restocking of items and manage your cash flow. 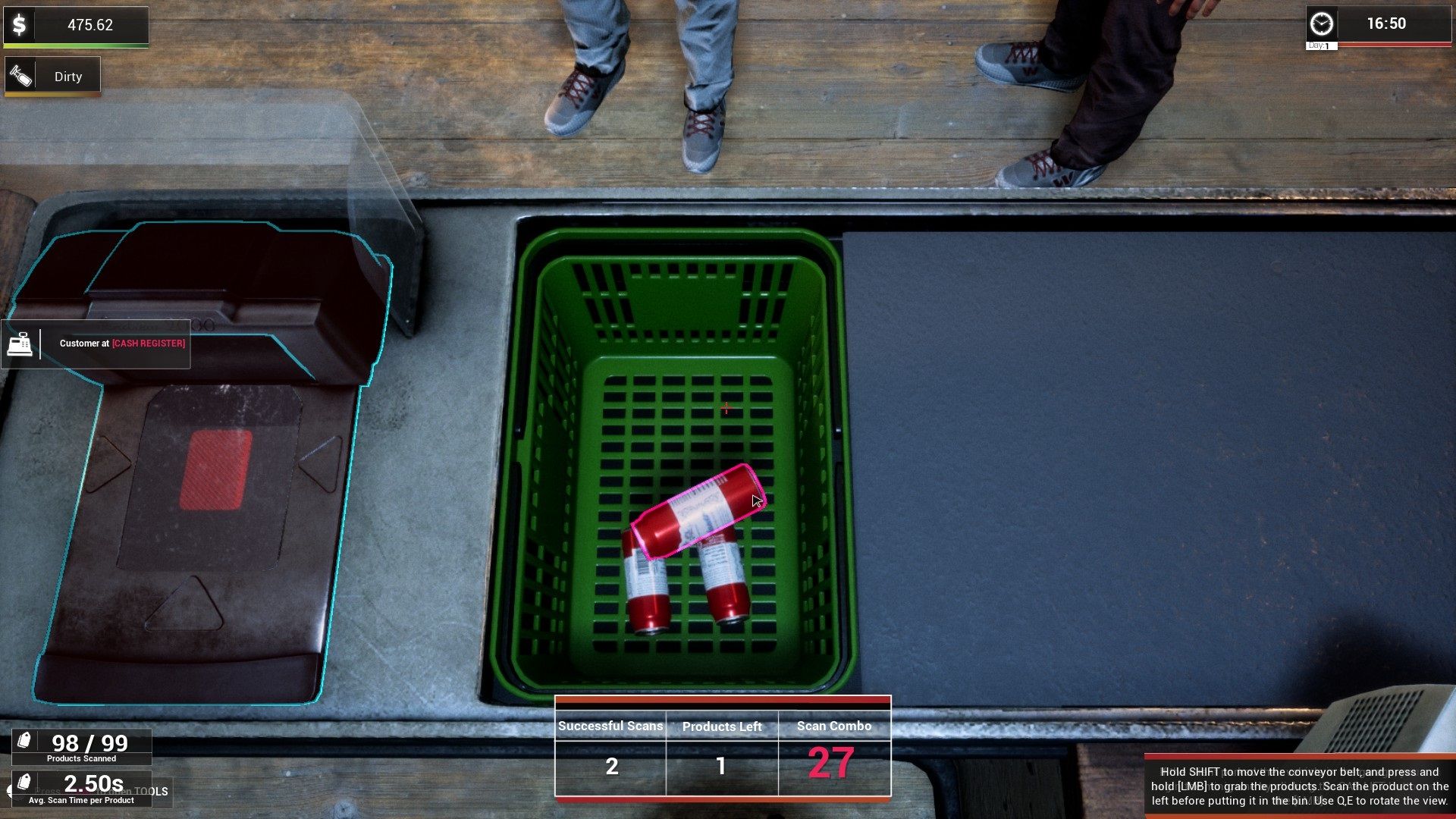 The mini-game for the cash register was more in-depth than I was expecting. You can control the conveyor belt to bring items closer to you. You then have to pick up the item, scan it, and drop it into the basket. The faster you go the high the chance of getting a tip.

The catch here is the conveyor belt feeds right into the basket and you get docked for anything landing in it that was not scanned. I had a sweet combo going till an item randomly fell off the counter resetting my score as I guess the customer got that item for free. If only it was that easy in the real world to be given a free item. 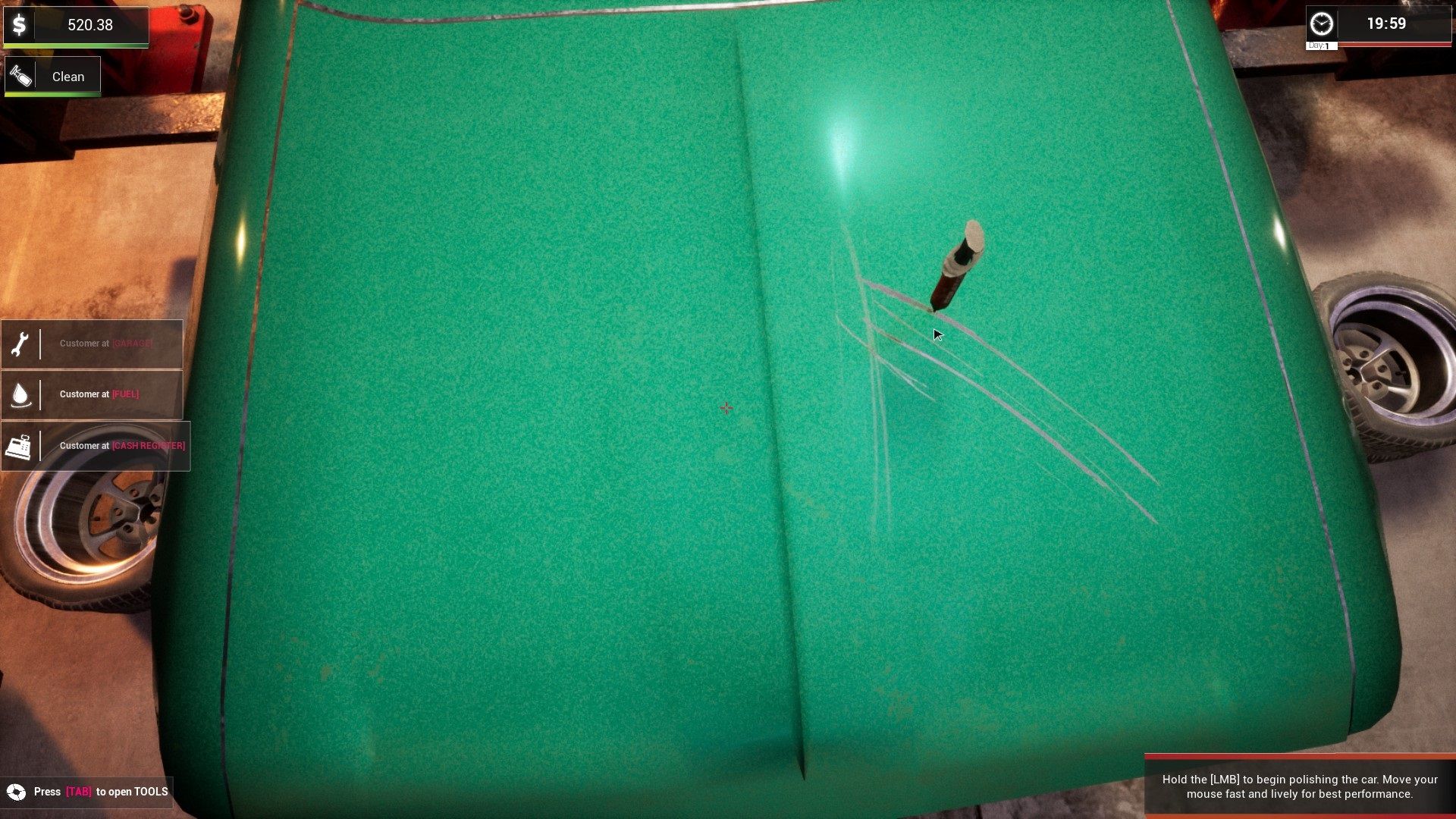 The more interesting operation going on at the gas station is a repair shop. Which is something I’m not used to seeing in more modern-day gas stations making this a full-service station. Cars come in with a few issues them from flat tires, scratched hoods, and broken mirrors.

It will make you wonder what kind of tailgating partying some of these customers get up to in this otherwise desert wasteland the game appears to be set in with a city off in the distance. Like the store, you have a limited number of tires, scratch polish, and mirrors. All of these having their mini-game to repair or replace the item on the car. 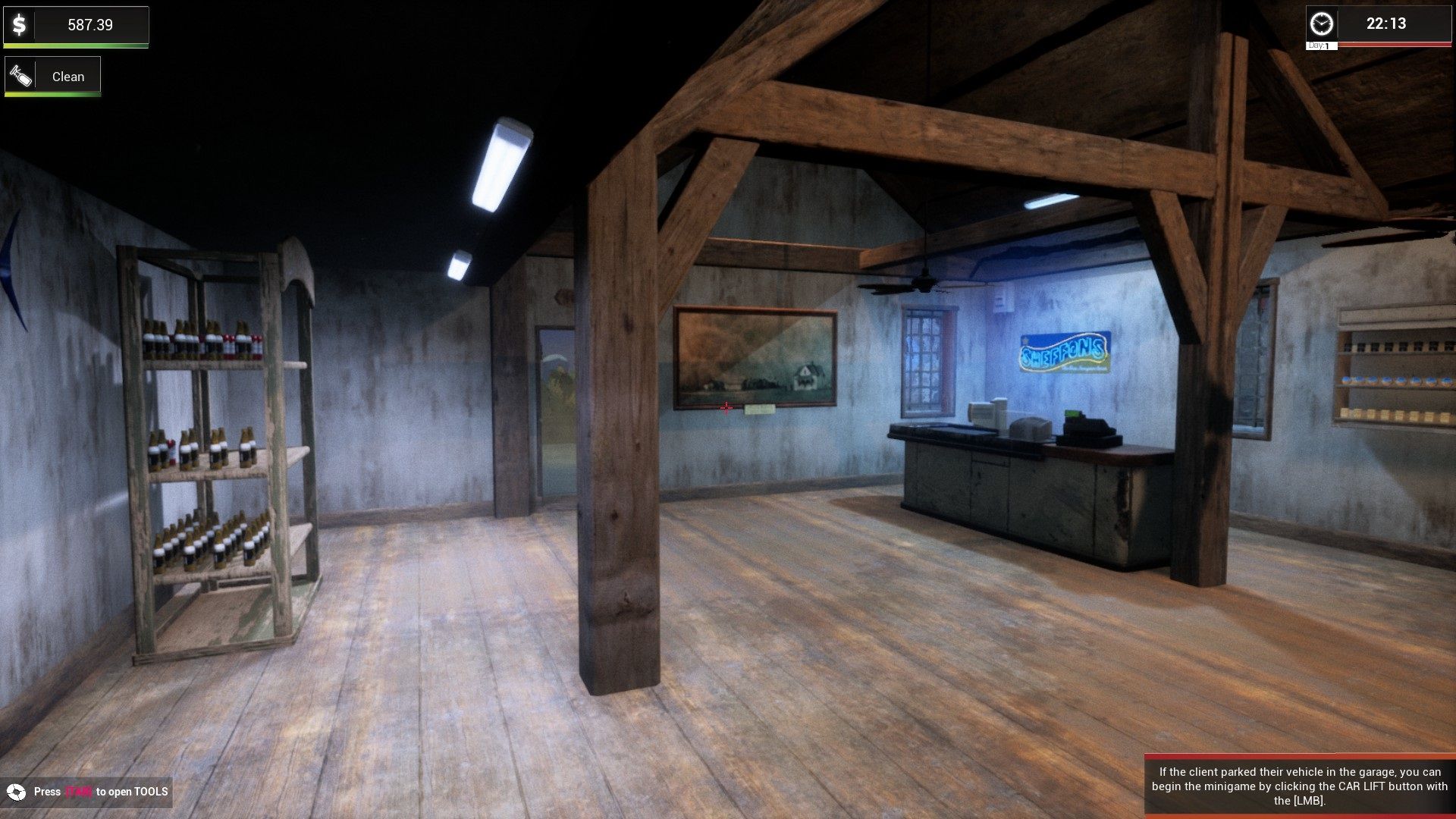 While this game did have a couple of bugs in the demo it did not appear to be anything that should be overly time-consuming to fix. With this game coming out in a couple of days it will be interesting to see what else will be included.

While I usually don’t play a lot of job simulator games. The visual of this game itself and the amount of stuff to do is quite appealing. You can however feel a bit rushed when you have people waiting at the pump, cash register, and repair shop at the same time. If you don’t get to someone fast enough they end up leaving.

Screenshots were taken and content was written by @Enjar. Screenshots are from Gas Station Simulator.

Disclosure: This was the demo version. The full game will be out on September 15th.