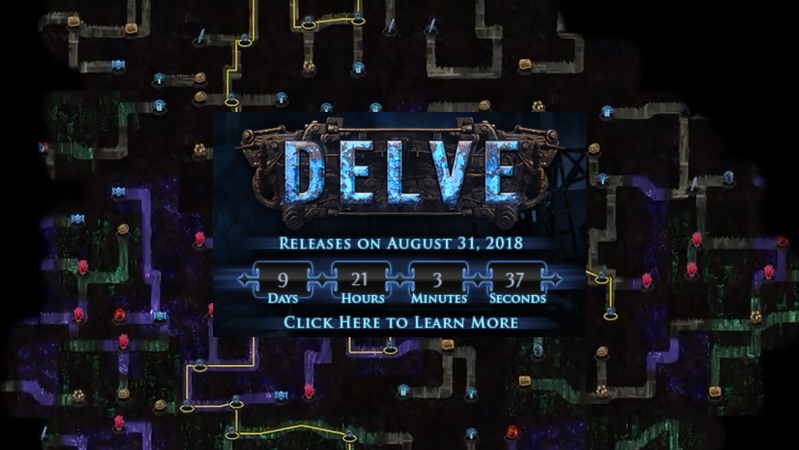 With the next major League launching in less than 9 days. It is time to look at what is in store for us Path of Exile players. Will it make me want to return? Have I had enough of this game at over 1,300 hours played? Can Grinding Gear Games strike gold yet again? When a player reaches the amount of playtime and years of coming back to a single title you really need to pull out all the stops.

While they have done this loads of times in the past. I am also coming off a rather large league push in the last one called Temple of Atzoatl. On top of that, my backlog is getting deep and I’m even engaged currently in an MMO. This means I’m a rather tough critic right now to sell me on the idea of returning for the next league. Even if they are known for really defining each league and making you overly joyed to jump back in and start from nothing –again. There comes a time where the magic just fades.

Exploring The Azurite Mine 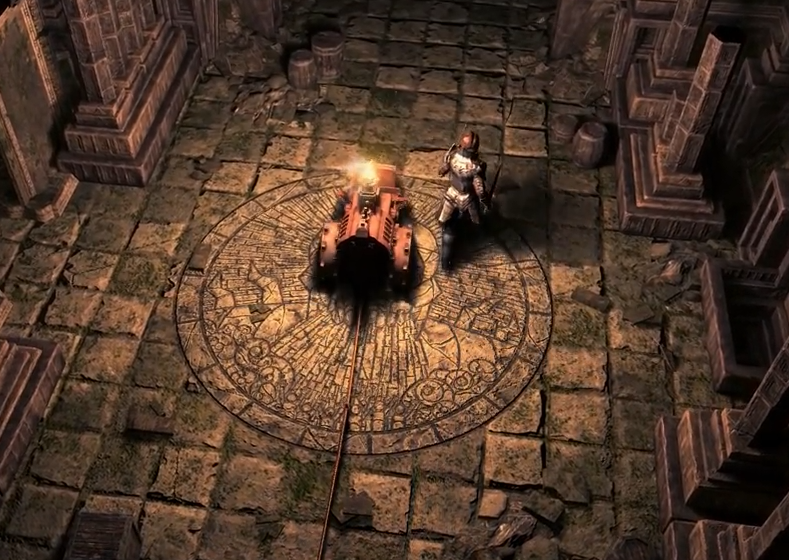 Here depending on how they are allowing you to progress this league could be all about going deeper and deeper into this mine if they do it correctly. It might not even be like past leagues where once you made it to the apex of the temple or whatever you have seen most of it. Here with giving the players an endless underground dungeon (cough Diablo III this is what player’s demanded!) I really could see some people pushing even up into the final hours of the league wanting to get just a little deeper. Much like a good turn-based game where you really just want one more turn to try your luck.

You also just have that option of skipping it. Which to me means enjoying the rest of the game if this mechanic is just not worthwhile. Many times in the past skipping it was trying to run from some annoying. Oftentimes being overpowered as well that could and did kill you often. For instance, in Bestiary league if you ran into a powerful beast and could not outrun it you more or less had to reset the zone and start over again. It’s nice not being forced into something if you are not that keen on it.

Since I don’t play on beta and I’ve not been reading into anything that’s not been the main release I’m rather excited to see how this turns out into those regards. Do I think it will be truly “endless” well from a database point of view I know the answer –no. Do I think they could program this to a point if it’s not done right people will suffer massive crashes? Yep, big time even more so if they are in the top 1% and their dungeon is getting outrageously huge.

I suspect there must be some kind of reset or something in this. Getting killed could be one way and if that is the case I hope you get a few attempts before it resets. Without something like that you simply hit the wall at some point. Unless they let you travel sideways as far as progress goes. In a sense that you are not going deeper down so it’s not getting harder. That might be a cool way to farm out at your gear level while slowly pushing forward.

My biggest concern here is will your map stay if you log out or crash. Path of Exile is a game known for not saving your maps once you log out long enough. Zones have a very short time limit before they close. If someone spends hours getting very deep into their mine map and then they lose power or the game server crashes. Well, there goes your map unless there some sort of a way of them saving it. Perhaps that is the mechanic for starting a map over again to explore something new. 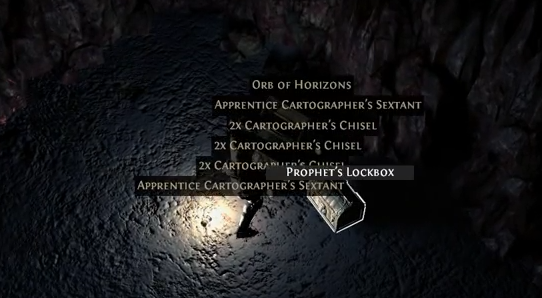 Many times when it comes to this kind of thing they don’t implement it in a great way. They cheap out in a sense and make a timer a very big indicator on how much you could get rewarded. The more you kill and the quicker the longer of a timer you get.

This was another thing you would see in Temple of Atzoatl. Where if you did not clear the temple rooms fast enough and find a key and kill the correct guardian you did not upgrade the room or unlock a new one. This was also seen in past leagues like Harbinger where you had to kill the boss with a countdown timer going, Tempest with how long you had the buff and so on. 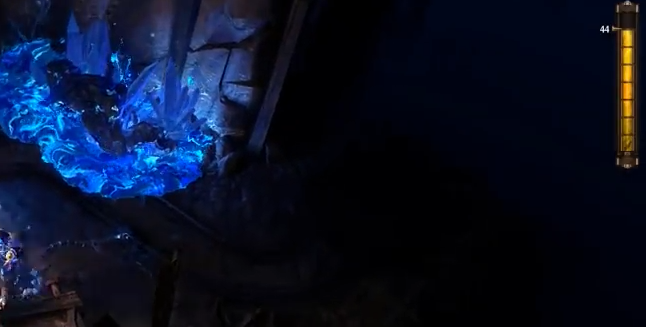 This time around they are using the mechanic of light. When I think of a game that does something like that in determining the risk vs reward I think of a game like Darkest Dungeon. Where the less light you have the higher the reward; but, the more damage things could do and the less they evaded your damage. In this instance, the better loot seems to be off on the sides where there is no light. Hence going out you could end up getting killed. Not like Don’t Starve style where you go crazy and are killed by your own imagination in seeing things. The darkness simple just kills you. Which to me feels a bit lacking I really hope they have more to it than that. 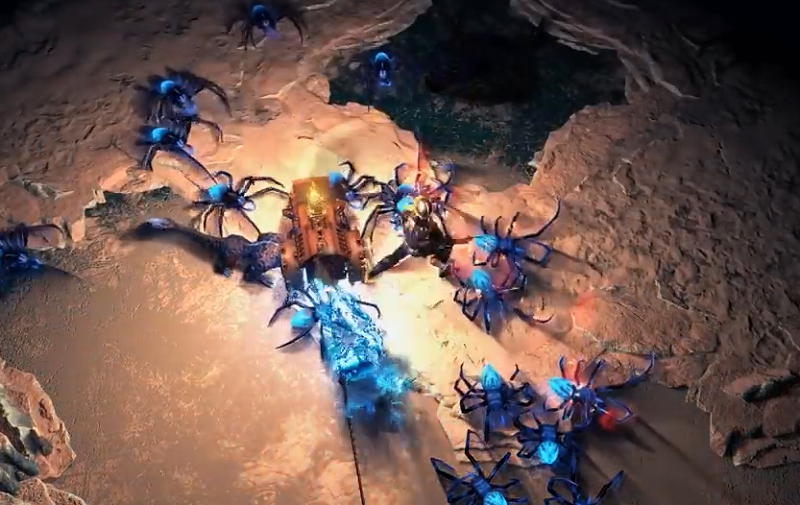 The basic device for producing light is called-- The Crawler. That you have to keep power up with Azurite. I think it will become rather lame to have to keep following it around. It has a power line sort of things attached to it. All I can think about that is –meh. I would rather have to put the Azurite directly into it to keep it powered up. Maybe I’m wrong and its some sort of rope you following it back to find the shop again.

I could see at some you simply don’t have the gear anymore to keep up with this Crawler and you slowly get left behind to die. Which makes me wonder how you stop it than to explore the dark areas. Then again the entire map is dark so how do you decide as a player when it’s time to explore away from this or not. On paper it sure it seems like an amazing idea but it if has to stop at certain checkpoints for the player to explore side area or run back to the upgrade shop. It won’t feel as free as one would think. When exploring a massive cave it will just be like a guided tour feeling.

I do like the idea of using flares to travel in the darkness to find the better loot. Again while they only give x amount of seconds to move forward and drop another one. It at least makes some sense and its also something you can spend Azurite on. Making it something you have to think about so you won't spend it on that or go deeper or on other upgrades as well. 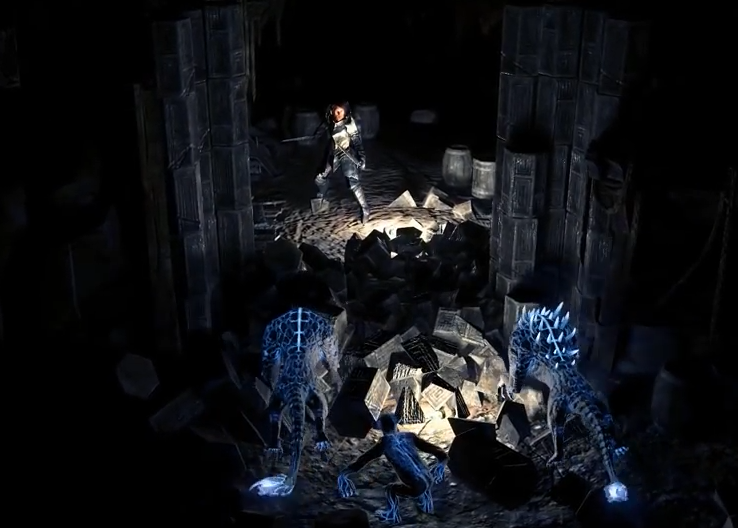 A really cool thing I thought at least was exploding side areas with dynamite to open up hidden passages in hopes of finding something amazing. The cost does so could really add up and hinder your progression if you think about it. The cost of spending flares to get to that area and then you have to ask yourself if it’s worth spending even more resources on dynamite. For all, you know, you could go down a long tunnel with flares and run out or as you run back. By then it’s too late and you are dead. I can really see greed here causing a lot of players to get killed. 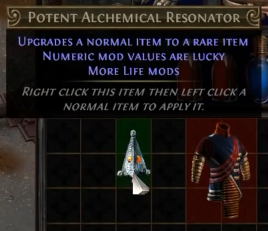 One of the biggest things Path of Exile has always been about is just how RNG it is when trying to get the gear you want. Not only the stat but also the range it could roll was all luck. In the past, they have tried to create a way to let the player target something they wanted.

They're last attempted at this was during the Bestiary league. You capture beats and then summon them at the blood alter where you get to pick what kind of stat you wanted or the naming of the item that controlled what you could get. The only issue with this is the players hated it! They could not stand having to spend hours capturing and finding them for only one shot on an item they had to produce to maybe get what they wanted. So it was not included in the core of the game.

This time around it looks like we will be collecting currency that then can be socked with those stats we want to aim for. You then use that currency to upgrade an item and hope you get the rolls you like. Will this be what the players want? I have no idea. Some might not even like it as all and see it as a way of dumping down the game. We will have to see how that goes. 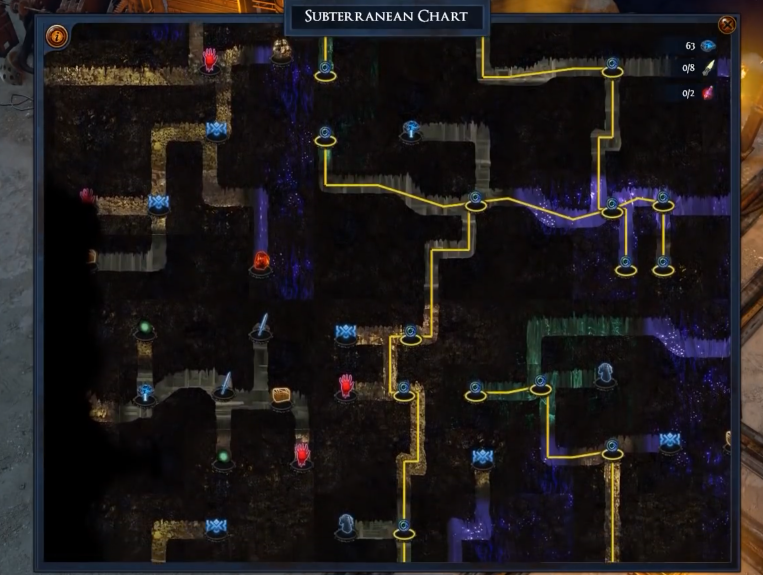 Am I going be hoping the next 9 days go by super-fast? Not really I’m not even sure I’ll be there for the final countdown and be in the queue on day one. While I love underground mines in video games and hey I get to gather something called Azurite which sounds amazing. I’m not sure if this fills the cave drawling miner in me or not.

I’ll still show up and see how it goes. Will I be chasing after this for next few months? Nope, I’m kind of done with this game but I really won’t know till I get in there and see how this really is. These days I’m also just looking for new things to explore in the gaming world. It is still shocking to me I am this far into this game and still have not completed it to a degree I’m happy with. Which is great on the developers for making me want to keep coming back for more!

Looking forward to seeing who else returns to Path of Exiles for this one. May you have a massive pile of Azurite while you progress deeper and deeper!

Content is written by @enjar about a game called Path of Exile. The screenshots are from Delve Official Trailer