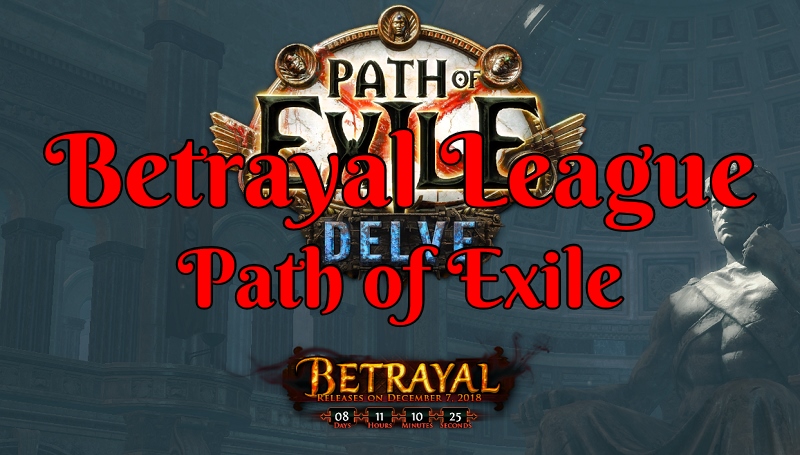 Just over 8 days to go to Betrayal league starts! I need take some time over this weekend to work out a build I’ve fallen a bit behind on what has been going on in Path of Exile as of late. A while back when Tencent bought controlling shares of this game I thought the end has to be near. These investment companies seem to just kill off one fun PC game after another as they chase for mobile and milking every cent out of the players they can. At least from what I have seen, for now, we are safe this league and in fact, it looks like they had some money to spend on this one. Which is great to see.

If you want to know when it coming out or read their own release on it you can do so here –Path of Exile Betrayal.

I know us Path of Exile players is a bit of a broken record almost every time a new league comes out we go “can’t believe they did it again!” Let’s face it though without there being a real Path of Exile killer coming out of Diablo any time soon they could have done very little and been fine. Perhaps they will try and sneak some shade into a very low key way. It would be well deserved. 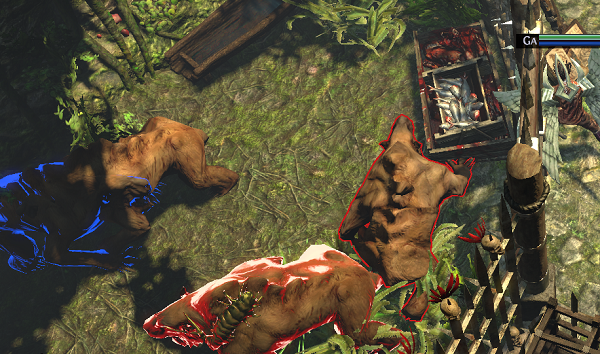 While I’m a little sad they keep trying to slap us in the face with mechanics from Bestiary league one that had a few patches trying to “fix” and many unhappy players including myself. At least this time around they seem to be dropping the idea of the player casting a net on a monster they are going to kill before they can even capture it. After all, we are crazy players wanting an insane amount of dead monster at our feet per hour. We like to blast the entire screen and having to stop and tiptoe around something you need to capture was boring.

I can also understand they spent a fair amount of money on that system with hopes of bringing it over to the core game. As such I get it and since these developments are great at being creative at reusing old assets to save costs and still provide something that feels “new.” I don’t think we should ding them too hard. I just hope this time if it's not well received they kick it to the curb for good. While in theory giving us the ability to target stats we want sounded good it was just not executed well. 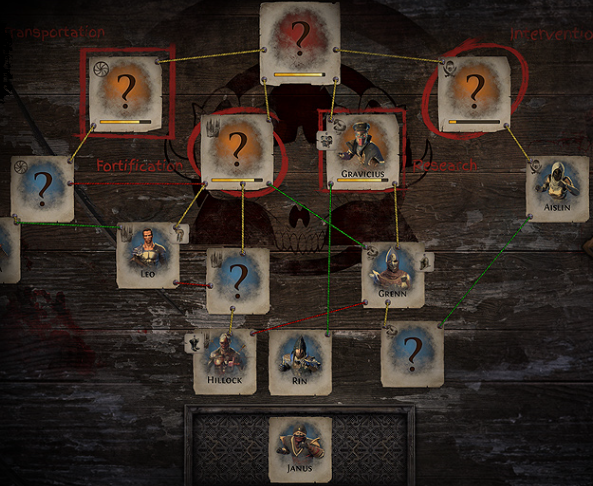 I’m super excited about the syndicate system they have created and I’m already wondering how they will bring it to the core gameplay after the league is over. They seem to have given the player a lot of choices in how they wanted to maintain control from our own effects of killing to bribing the beings at the head of these cartel style syndicates. All in an attempt to control what we always chase after the loot.

The fact I get to go on some adventure after I have set the tables in my favor of what I want in terms of loot is a big deal here. With how RNG based the game has always been more ways of getting what I want while still having to invest time is needed. I am hoping there will be enough balanced loot to not kill prices on everything by making it too easy to acquire. Like we did see in Incursion league with a lot of the items dropping at the apex becoming worth less and less as the hours went by. I recall getting some really amazing items and total garbage in value as everyone already had them.

While I did have fun in last leagues lack of interference when it came to all the changes being below ground. I will admit I lacked the feeling to need to go mapping when I never wanted to leave the mine. It was great for a while but it got old always needing to farm to keep the digger power to go deeper and deeper. From the looks of it, some will be above ground and then raiding for our final rewards for our efforts will be its own zone. Which I think is a nice balance as long as I can easily skip over content when I do need to progress. Nothing worse than having something chase you across an entire zone and one shot you like we dealt with in Bestiary league with reds. 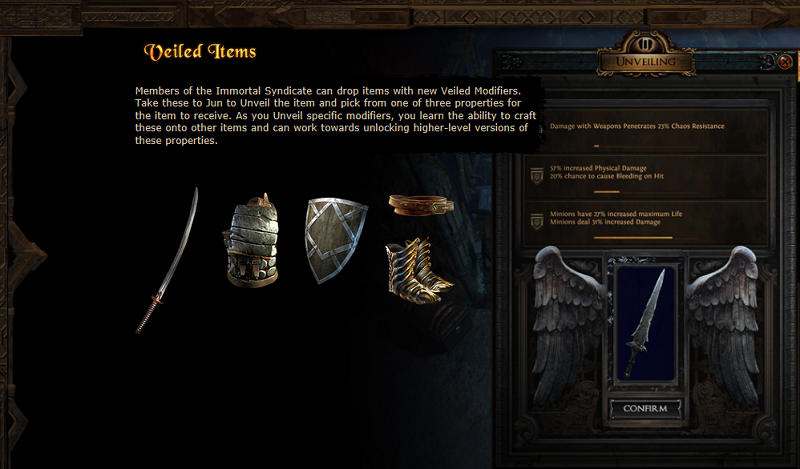 Between them revamping the Masters by more or less just giving them a new skin and connecting with the old content to unlock crafting. I think this really just adds more layers to allowing players to shape what they really want. I think it’s great to have the choice in one of the modifiers being on our items. They also are not just giving you the best either as there is some kind of unlocking required for better stats.

This to me seems like a great way to try and balance reward vs risk in a game. If you give the gamer what they want right away gosh they are off playing another game the moment they get that item. If you make them work for it a bit they won't use that item they have invested time and energy into acquiring. While if you make it too hard for your target audience you risk players burning out, becoming frustrated and quitting the game. Since it is an f2p game I’m sure they never want a face that last option. 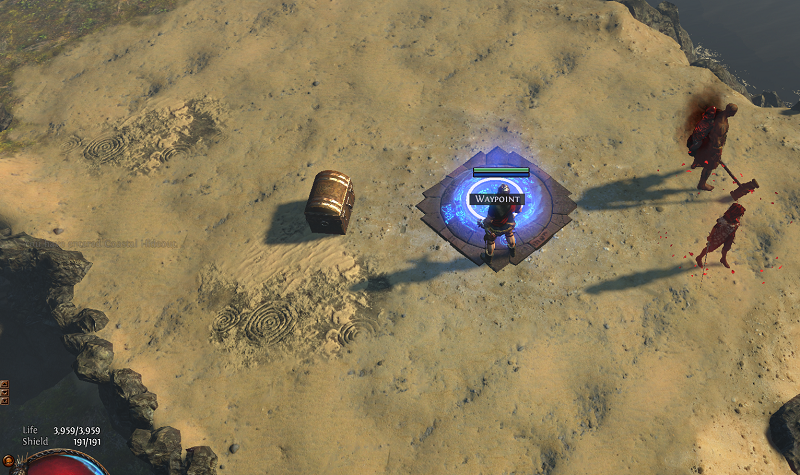 I’m not sure how long we have had the forsaken masters or the hideout. I have always felt these things never got much attention. If you can’t tell from the above screenshot I almost never put any time into trying to make my Hideout look nice. I also just drop the Forsaken Masters where ever that was easy for me to access them.

I always hated having to grind master levels so when they can put a new twist on things that is a plus in my book. I would expect they would do the same thing more or less of adding in modifiers to gear. With the exception of having to go out and conquer a challenge to unlock what we wanted. Perhaps it will be tied in with a veiled system which would fit into the lore of them replacing the missing Forsaken Masters and being more powerful. Either way, as long as it gives us some more options and not forcing the players to relearn everything over again. I think it will breed some new life into something that feels dated. 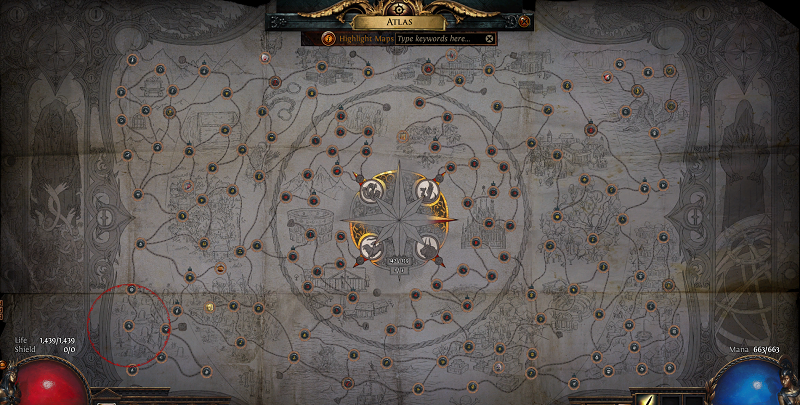 Since they are going mess around with the Atlas again it will be time yet again to learn where the maps we love our and what once we just want rush and get out the way. They always were great at creating something “new” without making something new. This is also an expected move. Every so often they mess around with tiers on the Atlas anyways. It’s just a cheap and great way to keep things fresh.

While it looks like we will be getting some new maps as well I like the lack of too much detail when it comes to this information. As someone who has not yet made it to the final maps on the Atlas in any of my league plays I want things to be more mystery and unknown to me. That is the joy I will get out of the game. If they happen to give updated information or write a more detail post on it I’m not even going look.

Well, I can’t wait to see what the new items are and all it all works out. I need to start thinking about what league starters I won't go with this time around. Perhaps I’ll return to an old favorite or try something new. It will come down to how much prep time I’m able to make beforehand. I love the day one waiting on the login screen counting down and just going as fast as you can with very little gear, currency, or having to stop and trade someone in the first few hours. That until I get to maps and start to deep dive into the league mechanics is where the fun is at.

I just hope they did not try and to do much. They are pretty good at making needed adjustments during nonpeak hours shortly after a new league most of the time. It is at least so much better than the old days where they just add in a new monster that did something and call it a new league! Which was still more than Diablo III ever did outside of their paid game content.

Content is written by @enjar. Screenshots are from the game called Path of Exile by me unless otherwise cited.