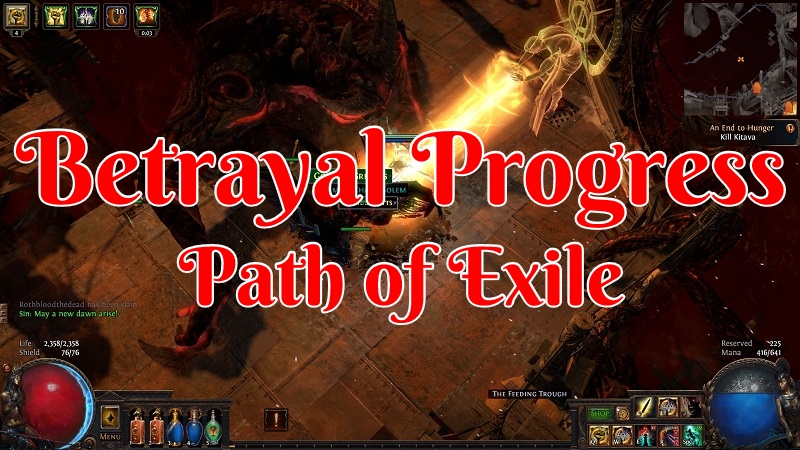 It has almost been a month already and I’ve not said much about the current league or my progress in it. I’ve just been busy with a bunch of stuff and things went a little slower as well. On top of that, I was enjoying some games with friends who don’t play Path of Exile.

With that out of the way, I have made it into maps but it was slow going. I got a bit ahead of myself which really slowed down my progress. As it left me without the currency make the upgrades or buy what I needed to progress faster.

My first decision to take Kraityn for the points instead of Allira for 15% all resistance was mistaken. I always regret that early game decision. I know, I know, I can go back later and pay to have it switched. I thought with how easy it was this league to add resistance to gear it was not going be an issue. That I gravely misjudged as once I went through everything the first time and arrived in act 6 with permanent decreased resistance the struggle began. 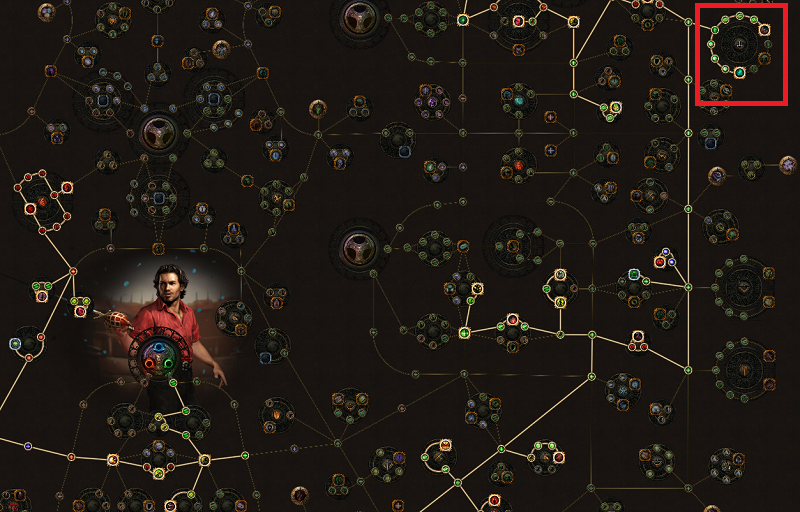 I was also rather short-sighted. I have had an amazing time using Whirling Blades as my main movement skill. You can just zip past map after map until you hit a brick wall of being a way to low level and geared to handle stuff. Forcing going back and having to clear out old zones just to pick up some currency. Since I’m a Reave build and that is up close melee damage there where a lot of times I just got murder for not having good enough gear. Really not much wiggle room to dance around bosses or monsters if you want land hits on them.

Since my plan was to use claws for my main and off hand and they work with whirling blades. I kept spending to get the best unique claws I could at the level I was at. This was great when I had a lot of damage and could get into my very short melee range. Not so great when I was dead before laying a finger on my target! There were better damage options much cheaper that were not claws. I just kept thinking about all that amazing damage output I would get once I made it to the claw nodes. This was silly because I know they are not early game nodes! They are on the other side of the champion class tree!

With the health nodes being so close I did go for those first. It just made sense to and that help for a few levels. The downside to that I was lacking damage but could tank the damage.

To Champion Or Not Champion 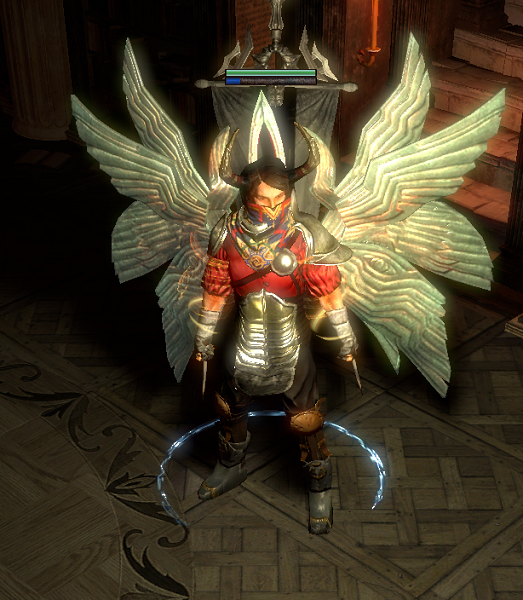 I’m going keep playing Champion to see how far I can get into maps this league. Will I play this class again? I’m not quite sure on that. Me and melee builds have a love and hate relationship. I love them they are just close range and I’m not that quick to dance around a room.

I least now have most of my resistance issues shorted out. I do need to buy the more expensive stats on my current The Wasp Nest claws. Near max stats for increase physical hit and attack speed on them were many factors higher in cost. So I just picked up what I could to get off into mapping.

I still need do some labyrinth runs and get some upgrades. I have a 5 link chest for the time being. Lots of things I can do to increase my damage output and survivability. I’m slowly working on them and prices for things are coming down as well.

I’ve not looted anything worth more than 4 chase orbs this league. Sales have been much lower or slower then I was hoping. Granted I’ve also played a lot less then I was expecting to. 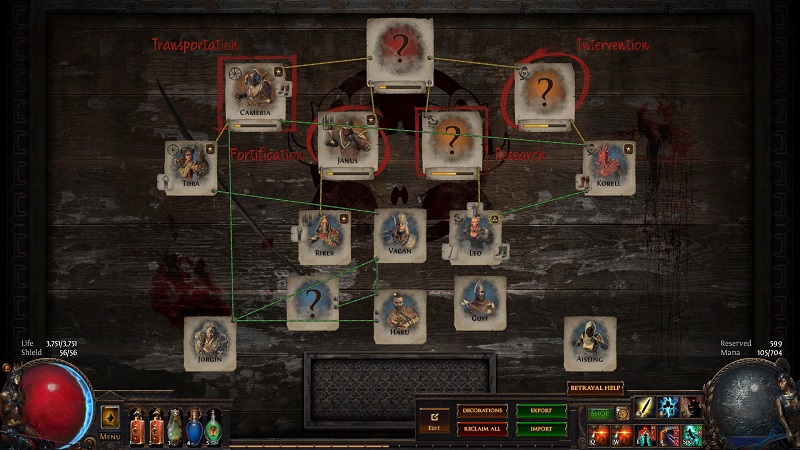 As far as the new league mechanics. I’ve not progressed very far. The first person I uncovered in the syndicate was a pushover as I had not done anything to make him harder. I’m also not gaining progression on them very fast. That is something I need to work out a better understanding in. There more to it than I thought. I just have not spent the time on it yet to really understand.

I was hoping for some better item drops by now. Since my progress is not going very fast with it I am not generating the currency from it that I was looking for. 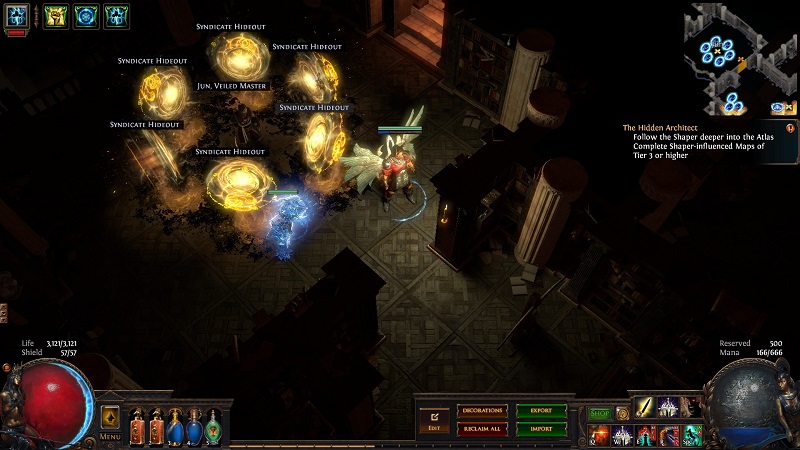 I have mostly been going with options to increase the research but reduce their ranks. That is more than making the fights like the one I had with one higher level members far too easy. The loot was horrible. Not even worth my time. Felt like it was something they expected me to be doing before I even hit maps.

Am I still loving it? HECK YES! I just need to make more time for this game. Hoping this weekend to get some mapping in. More details to come in the future. This post was a bit short and all over the place to get caught up.

I hope everyone been having a fun month and if you are playing Path of Exile you are still enjoying it! I need to get back to playing this more in a week. I have been slacking for other games.