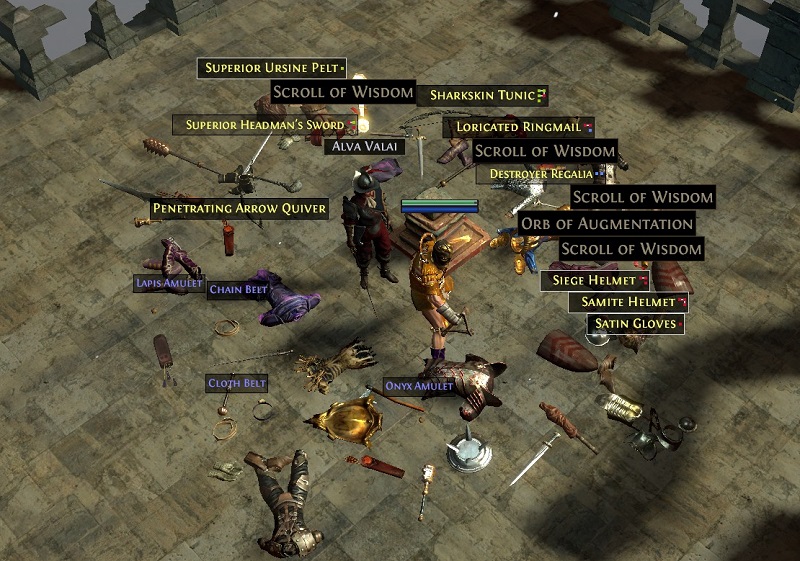 With the hardcore race over it was time to move over to standard incursion and start over again. This time around I started with a Templar Arc Totem build. While I have played with a totem build before and another version many are going with arc traps. Using both arc and on a Templar are something new for me.

I did get a bit of a head start as I was slowly leveling one up on the side during server issues or when I was too tired to want a push in hardcore. As such are journey here already has a bit of a start. In fact, I take off around where I left off on last day of the hardcore race.

Since I enjoy mapping the most in this game I somewhat rushed through the remaining acts. As such this won’t be very detail in the different ones. If I could get in and out of one of these in less than an hour I was thrilled to do so. As such, I didn’t stop to even get screenshots I went back to get a couple to write this up. It is still a big part of the game and if you have done this part dozens to hundreds of times I’m sure it still would be rather exciting. There is still a couple of places I’ll stop to enjoy the view but not for long.

One of the items, I’ve picked up since level 32 in softcore has been this amulet called Sacrificial heart for leveling. At the time I could swear it double my damage or even more. Even without having a Vaal skill all that flat damage it adds is just crazy. It has made leveling quite easy since everything is just destroyed. Since it is such a common drop out of the Temple of Atzoatl I picked one up for only 1 Chaos at the time. An amazing deal for what I’ve been getting out of it. 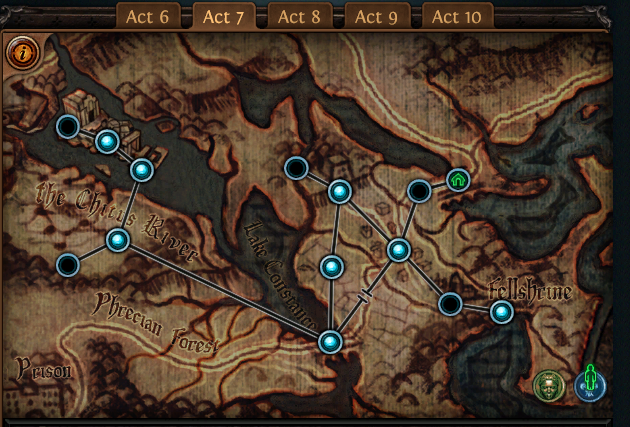 Act 7 went rather quick. One of the fun things about being in Part 2 is seeing how the lands have changed since you have last been in them in part one. They reuse the Act 2 zones for Act 7and change them to show a progress of the story of how things have changed since your last visits. They also include some new stuff as well. 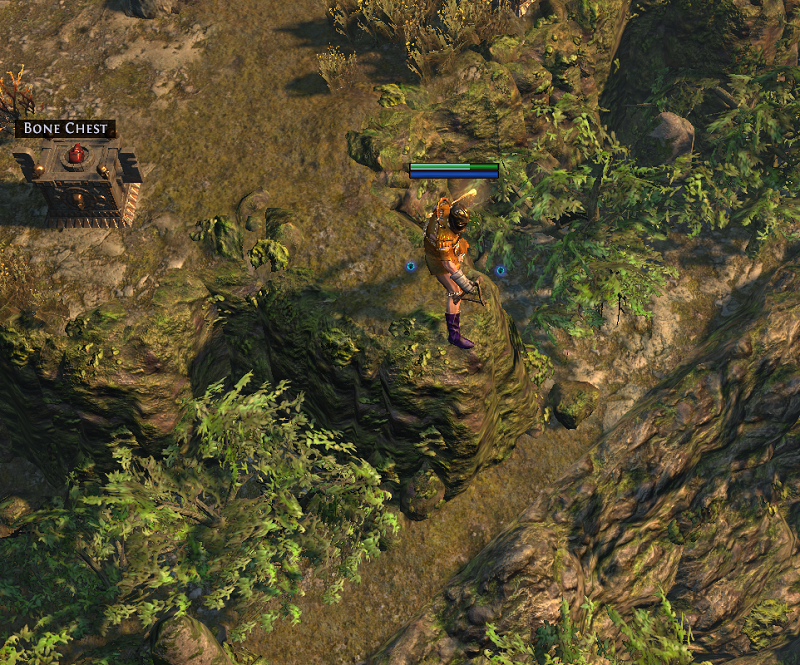 One of the things you get to explore above ground and below is The Vaal City and its underground Temple of Decay. Above ground, you have a bunch of narrow passageways and cliff edges to look off while you fight your way to the end. The city itself is rather in ruined and has an abandoned dirty feel to it. Quite a cool zone to fully clear and just explore.

Once you get to Temple of Decay it just feels like you go on forever and forever. There are a number of zones you need to go through to get to the end boss of Act 7. I also use this as a time to grind some extra levels and hope to find some gear upgrades.

If you are not a fan of spiders, endless doors to open, and cobwebbed filled rooms floor to ceiling this place is just not for you. It has a lot of stops and goes as you have to stop to clear a path and open doors as you go deeper down. After quite some time you get to the boss. 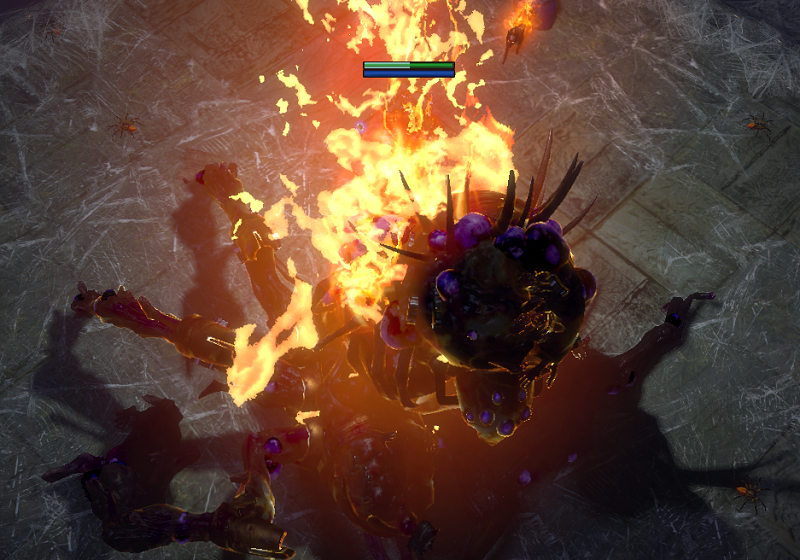 Are you shocked that I was a spider? Nope, and I burned it to a crisp. You are welcome. The fight itself is not too hard. It’s more about placement than anything else. You want to avoid getting hit by the purple breams that divide up the room and anything it spews out of its mouth. No one wants spider fluids on their clean armor anyways so best to avoid that stuff. 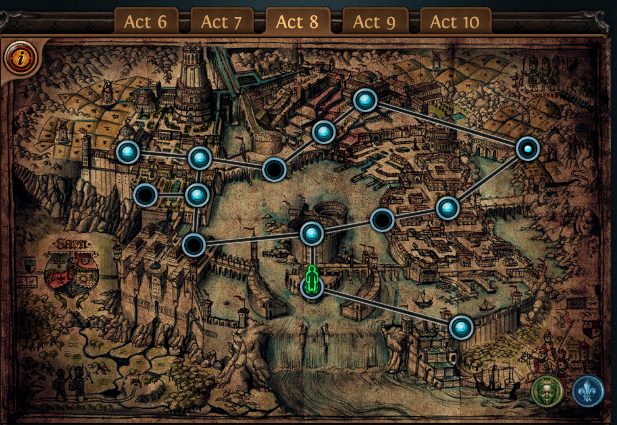 An interesting act as your main goal is to collect the sun and moon stones to activate the final boss for this place. The path you get to choose is up to you. I normally go counter clockwise. Some of these zones could be skipped as well if you are not in a rush to kill off some gods for some passive skills.

When you are not crawling along inside of the sewer network that is found in this act. It is mostly a city feeling as it has paved passages, buildings, and even some of the maps are in temples or on the surface of one. It makes you wonder how long it would have taken to create these places of worship to the different gods in this act. 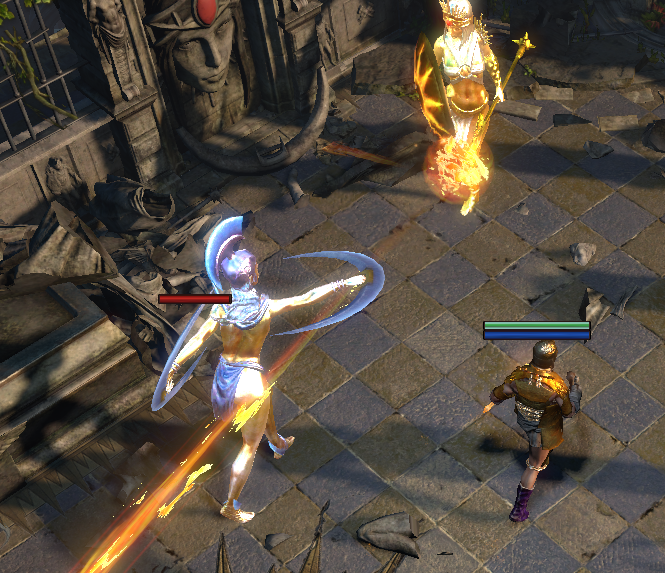 The end boss is the more fun thing about this act. As you get to fight two beings back and forth. So it creates some interesting dynamics. They are sometimes fighting each other and other times they are trying to kill you. They also go back and forth in what is active. It is something rather different. You can tell there some history between the two of them as they trade jabs back and forth. 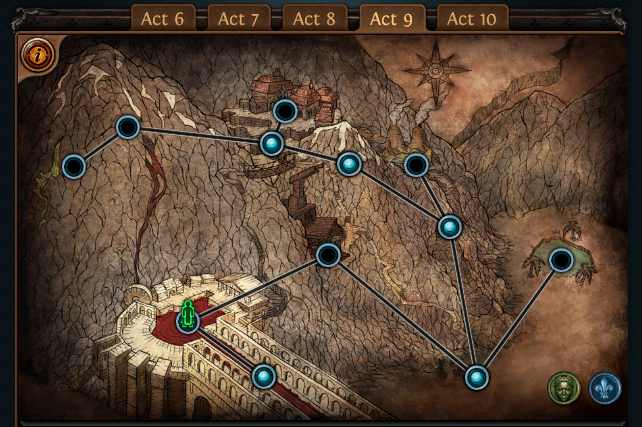 Finally an act with at least some outdoor areas. When you are not boiling in a lake. Fighting a stand storm or battling a giant scorpion that is. Our path of exile players love our outdoor maps and this at fits those needs.

This act also has a zone that’ is locked behind a quest. Not something you normally come across in this game. Many players can find it annoying for the first time as one quest has you speak to another NPC before leaving. So anyone in a hurry and not paying attention will go to the zone and can’t open the next zone as they are lacking an item. Who in their right mind would want to battle a giant scorpion anyways? Thankfully for you, I did not take any screenshots of it and I’m too lazy to go back and get it as well.

The coolest part is unlocking the path to the act boss by going in and clearing a path in three different zones to get to Doedre, Shavronne, and Maligaro. Since I did not get a screenshot o the final boss and I’m just too tired I’m going skip reclearing them all just to get a screenshot of the ugly guy at end of this act. After all, we are almost done now—cats rejoice! 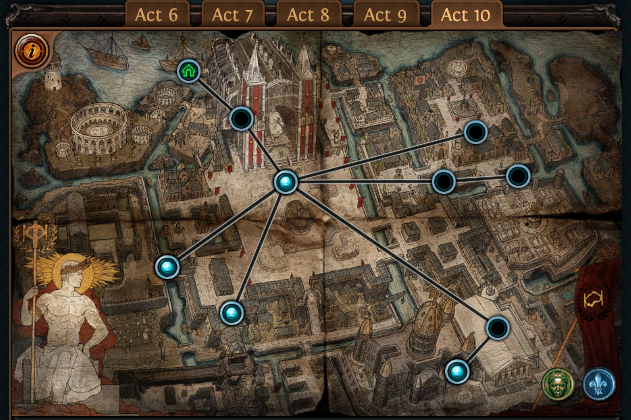 The best thing about this act is how the map is laid out. A lot of the branches are just option quests that you could do later on. If you are just hungering for maps you tend to skip over that stuff for now. The main quest to get to the end of the act is rather straightforward and does not take too much time. As long as you do not get lost in that center zone called The Ravaged Square. It can be annoying if you are unsure of the way.

Now a reasonable player would take their time in this act. They would stop to do a gear check and work on upgrades. They would do some farming, gain a few levels, maybe find a party to join. This is also the final roadblock to get me into maps. As such I don’t have time for this nonsense!!!!! 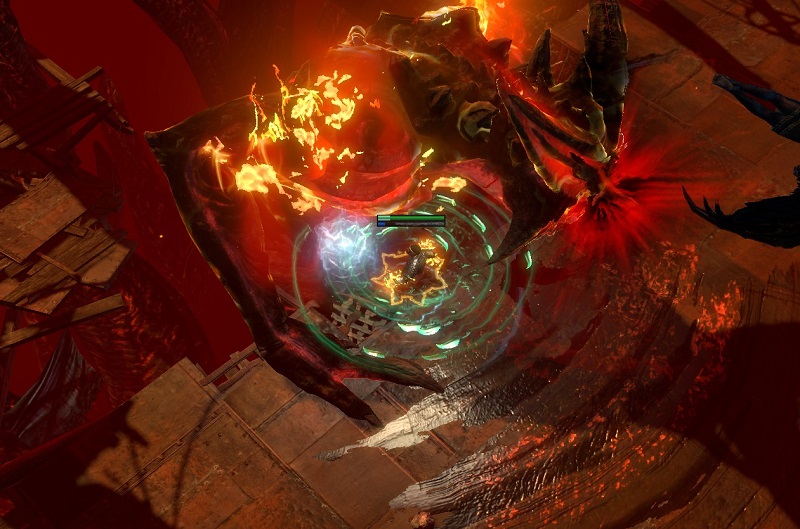 Yep, screenshot from last league! Shh don't tell anyone I did not take one this time around --- maps here I come for you!!!!!
Thankfully this is softcore and I can just keep hog piling into the boss chamber till its dead. Great for me this arc totem build does a very good job of taking things down. Even better after I have died they keep doing damage till they have been taken out or they expire. All in all, I only died eight times. That a new low record for myself! Most times I stop counting after a dozen. While it can be rather time-consuming and you hope you do no crash. I simply rather do this than spend the currency for upgrades I’m not getting one shotted and dealing with other mechanics of the fight.

After all, I’m only a few levels away from some great gear that you can buy on the cheap. It would almost feel like a waste to just buy gear to take him out and then upgrade everything a few hours later. One of these times I’ll take the time to get it right as that is something I need to work on for next time I play in hardcore. For now, I can just get past it and onto what I’m really after. 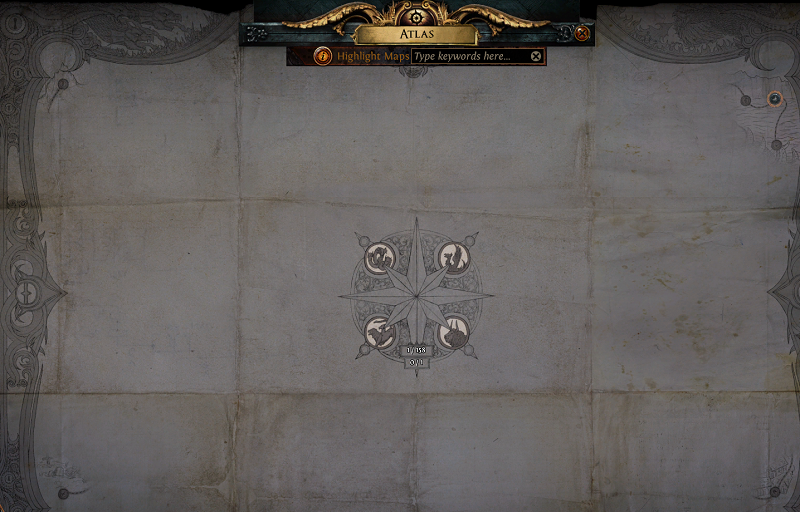 Ah, maps. Now the journey starts on part of the game I’ve not completed all of yet. Still, lots to learn, try, and many deaths ahead in the game. I look forward to seeing new things and filling my pockets full of currency over the coming weeks and months. Now I just need to build up that map pool and progress closer and closer to the center of the map. That is for another time.

There is also the incursion league stuff to learn and master. The Temple of Atzoat and me are going be good friends that get along right? No? I have to fight, kick, and scream my way to the top as I explore for loot-filled rooms? Well then so be it—evil grin. It is going be an amazing league!