I’m still not ready! Thankfully we still got a couple more days till August the fourth. Over the weekend I thought I had missed the start by reading the wrong date late into a morning. it was 4 AM when I thought I would check in on things and far too tired to read correctly. As you can imagine I’m glad I still got a few days to go. Still trying to think what I won't be run as a league start and what I want to push with to try and get in on some reward drawings. 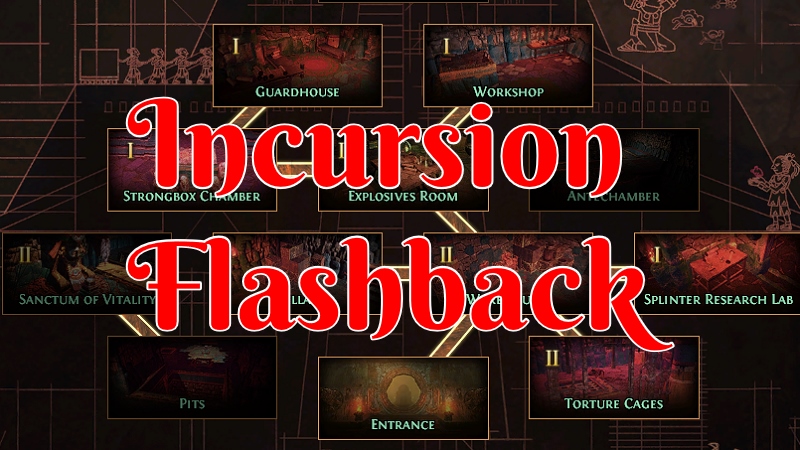 For Path of Exile players who have not been around yet for a Flashback event, they are amazing. Great time to have a fresh start with the current leagues mechanic running and enjoying some past ones as well. Along with incursion, there will be another 11 leagues running with it. Everything from Perandus to Harbinger for a full list you can see them here in their announcement post.

Lots of currency and good drops to be had and it all gets taken back to standard once the almost month-long event ends. Which even makes some standard players come to jump into the event. This is possible over each zone having four of these leagues running in a single zone. Yes, it can get rather rippy as well. Sometimes I’ve had zones in the past where it was just a death march trying to get across and into another one. Thankfully it also rotates every hour so if your favorite zones end up with things you don like you won’t have to suffer too long.

This will also mean players can target easier than normal certain drops to try and speed up leveling and having a decreased cost in some items to buy. Take a Tabula Rasa, for instance, you could farm that in just an hour or two depending on your luck with the right past league mechanics running in a lower level zone like. Like getting Rouge Exiles from Anarchy League.

It will be interesting to see if and how something like Temple of Atzoatl is a zone that I allowed to have these mechanics running in it. It could be rather underwhelming and make it even harder. It could also make it very rewarding as well. I’m no the most up to date on what has been going on. I’ve been taking a break from the game but this will get me back in. 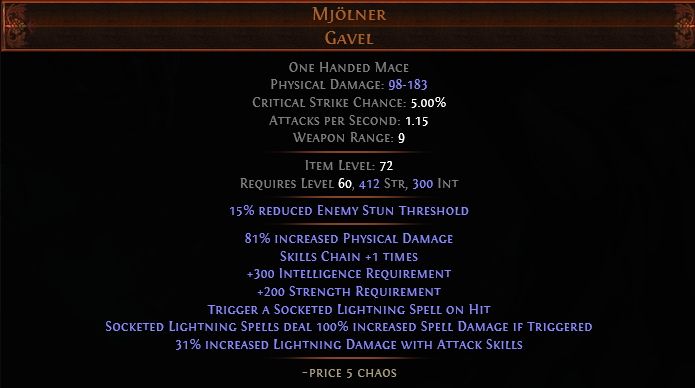 I’ve been looking into something along the lines of a Mjolnir Arc Inquisitor build after I get some currency on my league starter. I don’t quite think it can make it’s on its own as a starter but I still have to do some research into it. Run some numbers and see what changes I might want to make to it for my own enjoyment.

What I really love about it is just how fast it can clear. It has some amazing clear speed from what I’ve seen and been told by others. I’ve yet to try it out for myself and I’m going hold off till this event starts to get that, oh so good fresh noob feeling from trying it out.

The downside is it's very ugly on the screen to look at from what I’ve seen. The screen clearing effects look rather cartoonish and do not fit in within the game very well. They just look like massive blobs of blue goo. I’m a little disappointed with that. Not quite sure if that effect was a paid skin for that skill or not. I’m just hoping it does not cause any lag. It’s also a weak boss killer.

I’ll have to play around with it once I get my hands on it to see if there any changes I want to make to it.

As far as a league starter while I do not really want to run a blade vortex I might just go with a totem arc. I don’t quite think I can just roll the passives at a cheap enough rate to try and turn the starter into the Mjolnir build. As such I’m still debating what class I want to start with.

I still have a few days till Saturday to take more of a look at things. 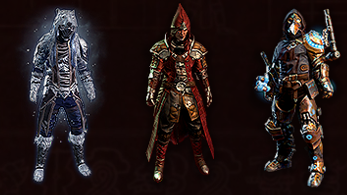 Source: Path of Exile Website
Whatever I end up choosing it just needs to be wicked fast. While I doing’ think I’ll try and make time to get to level 95 (I’ve yet to do that on a single charter) to get into the drawing for Polar, Warlock or Stormcaller armor skins. It is tempting with how amazing the polar or warlock looks. I’m not quite a fan of the stormcaller. Kind of just to strange on my eyes and the shapes of the armor skins overall are kind of-of chunky.

At the very least I’ll be aiming for level 65 at a chance of the 1k total portal skins that will be in that drawing. The fire or arctic portal look amazing. I’ve been growing board for some time now of the standard one I’ve had all these years. I just never make I far enough in the league presses to unlock the portal. While I was hoping incursion would be the one. The game is just t little too time-consuming for me to want focus on just unlocking a cosmetic item for how much effort it requires. It has always been one of those “if I naturally get close” I’ll look into picking up some stuff I’m missing to get it. So far no dice on that front.

So far I’ve only ever one a drawing for footprints if I recall a while back. Really not that exciting but with them handing out over 2k of them and a low level to reach to be entered into the drawing it’s at least nice knowing that could happen. I just don’t want any more helm skins. I find them rather boring and never really fit into your normal non-skinned armor. I have a couple of them already as it is and I sometimes don’t even use them. 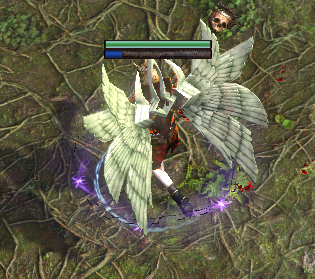 If nothing else every Path of Exile player should be getting at least one toon to level 35. You get a free mystery box for doing so. I’ve known quite a few players who just reach that level so they get that limited to one per account and then they go back to the normal league. One time I did loot these wings f wear out of a box if I recall. While not the best and I woulder have preferred something more masculine it was at least something. Most of the times its junk like a hideout cosmetic.

I’m so hyped for these flashback events I’ve considered only playing Path of Exile from now on when they are around. What build(s) are you going with for the Incursion Flashback Event? Will you even be entering this Flashback event or are you just bored of them?

Unless otherwise stated screenshots were taken and content was written by @enjar. Screenshots are from a game called Path of Exile.