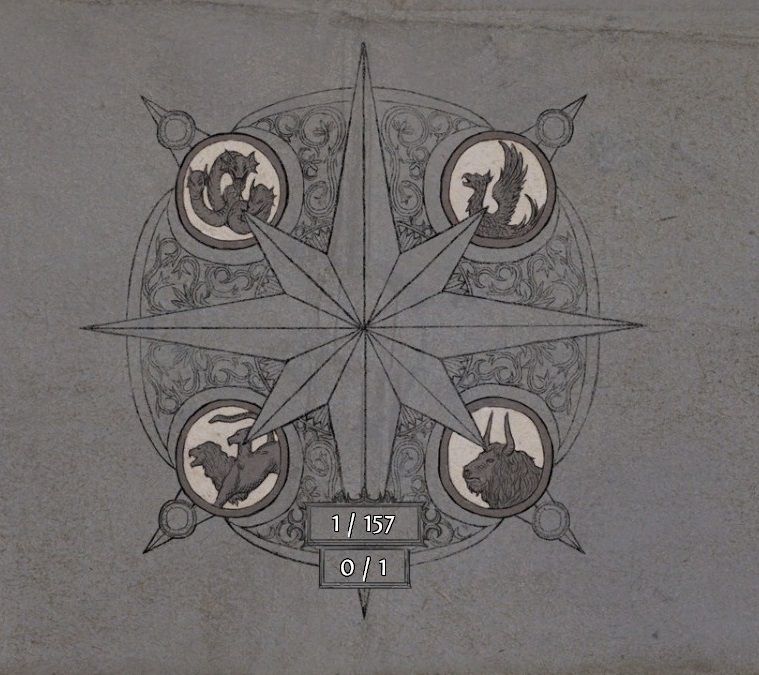 While not by any means a fast time for myself I unlocked maps and reach level 71 for that day. This tends to be a checkpoint where I stop and look at the lack of time I’ve spent on gear, getting future gems, and starting the process of leveling up those gems. Along with a bunch of other housekeeping. 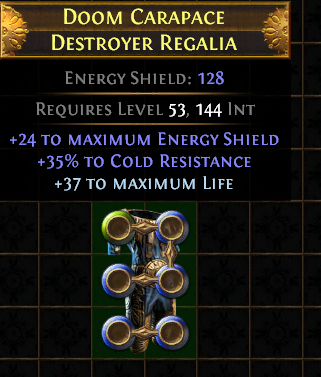 The other day I spent some time looking into and unlocking the base of all The Pantheon’s. There are a number of things you find yourself skipping over just because you either did not have the time or were a bit under geared.

Often times I find myself with some horrible gear (well worse than the rest of my stuff like screenshot above) simply because it was a needed for the amount of resistance or sockets, or I simply needed Dexterity and it had a large amount. Prices have also been dropping on a number of things so with my slow arrival to this point it a decent time to start picking up some great deals.

While six links are still very expensive and I don’t currently need something like a Tabula Rasa (6 link chest with white sockets that let you put any color in but the tradeoff is lack of stats on the body armor itself.) I did, however, have a need for a 5-link. Quite a number of items are in a rather interesting phase right with just the day before something could be 15-20 Chaos Orbs and now just a fraction of it. 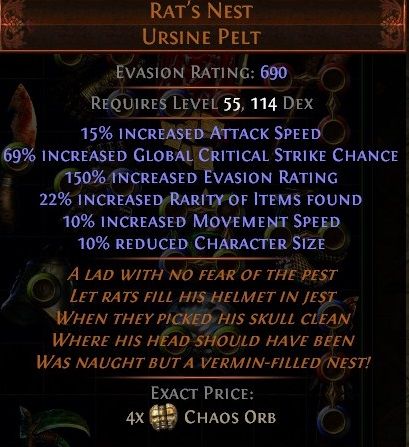 At the time was lacking the gear to do a full clear in The Merciless Labyrinth so I tried farming a few of the early rooms to see how my luck would fair. In Bestiary league I had some amazing luck and walked away with a couple 5-links and bunch of other stuff. This time around not much luck. I did, however, loot one item I sold for 4 chaos orbs. Still yet to do a full clear but I should be trying whenever I find some free time to do so.

There is always the issue of “is something too good to be true” and many people do try and lowball the market to pick up cheap items to sell or be a very shady person and scam people (granted I can’t recall last time I had a player try and do that in trade). While many are just use to skipping over the “that to cheap” item listing I always go for it. To my shock, this time around I got the item.

Looking at this morning’s markets while writing this blog I was fully expecting prices to be even cheaper. In fact, it is usually a rather different market time than when I buy something. However, even with how much market on such an item can drop overnight picking that up for 2 Chaos still a great deal. Resistance rolls were not great on it but with that much life. Last night something comparable was over 15 Chaos. I also know by the time I upgrade this it will not have a resell value which is why I waited to get something cheap. This enabled me to upgrade other gear slots and move around gem setups. Resistance is still a struggle to getting enough but now I have many options and I can be more of a bargain hunter since I don’t have to overpay for one slot item that has a very high roll that someone is willing to pay a lot to get.

A sign that I was clearing a little too slow as I level up or perhaps that just how this Flashback event is going be like. I was somewhat taken back by the amount of tier 1 maps I had at my disposable to start with! I’m just glad there are a couple of beach maps in that collection as I do like that map. I never really have plans for how I shape or go about mapping. We will see if I develop anything or just have fun running whatever random maps I get for this event. 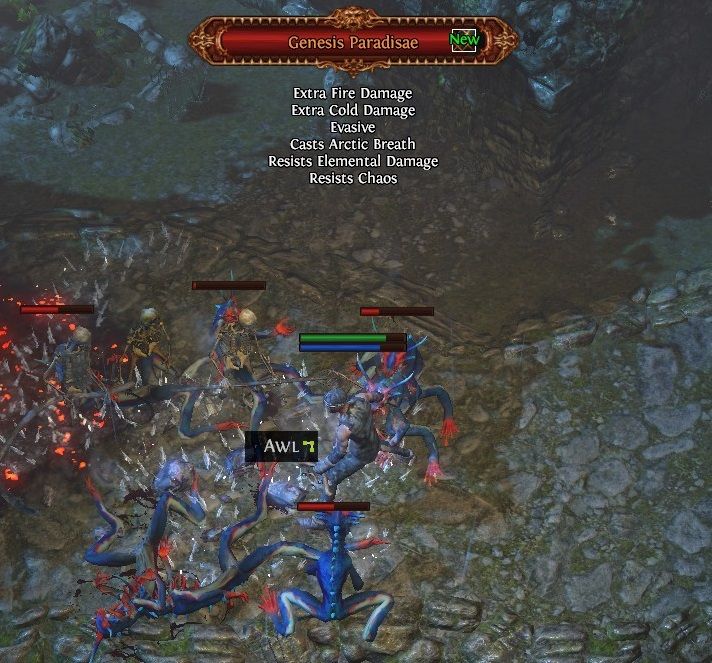 The other day Grinding Gear Games (GGG) put out a Development Manifesto that for now, they will not be adding Bestiary into the core gameplay. I for one am rather relieved. While not very shocked they are disappointed in not being able to transfer that time they invested in the league. I personally think not everything should be and this is great news.

There was also some undertone that they would like to find a way to still use it or balance it in a way to add it to the core game one day in the future. While they are a rather small company if I’m not mistaken I’m hoping it just sits on the shelf and the community can move onward. As they noted it would add a fair amount of work to keep it going. Which I think is a rather fair point and many people would prefer them to put development time into other areas of the game.

I think it was just trying to do too much without really rewarding the average player in a fun way. It was not like other game mechanics that could boil down into something simple and yet fun. You see it, you go after it, and you get a reward kind of simple but with some complexity and variety. Having to understand what you need to collect and then having to farm them after capturing them just seemed like too much. Even more so when the chances of you getting what you really wanted was very small.

I also think Path of Exile can be one of those games where it becomes too bloated from all the content that it stops being a game anyone new could ever hope to get into. While most would wish their favorite games had more features at some point you have to be careful. Since we get a new league every couple of months I for one like seeing not all of them get put into the main game after they have ended. They should strive to have their best and well-received content being added not just everything.

How to fix it? 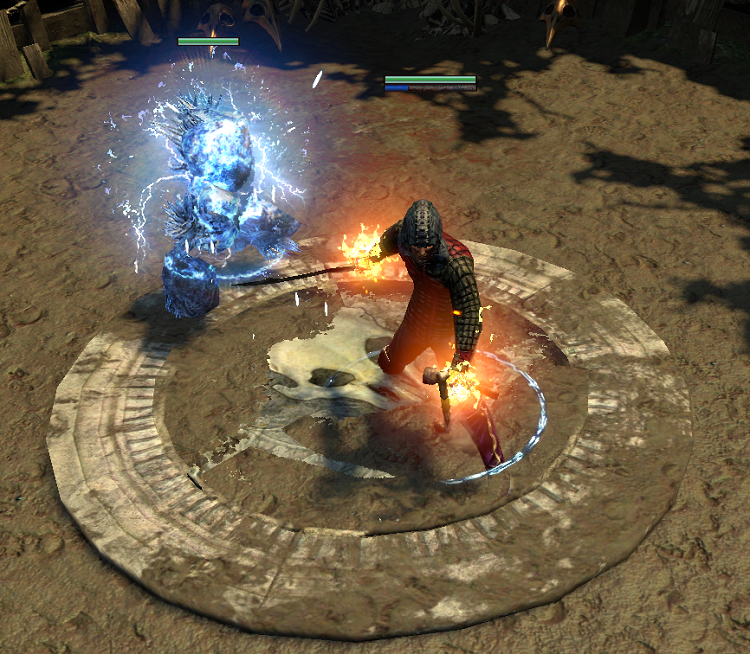 If they were to fix it just how should they? That is one thing I’ve thought about just a little bit and as such, I draw some inspiration towards Diablo III and their Blood Shards and Dragon Breath. That system lets you target special items such a helm, or 1h weapon or even more targeted a 1-handed axe Legendary.

While they might have a bit of fluff going this route I say let you convert each beast into some kind of point system. Each level multiplied by its rarity of the creator should be turned into say “Beast Blood” and then at the Blood Altar to summon a fight for an item it just cost X amount of Bead Blood. It makes it a lot more simple but I could see them not wanting to go this route as it might borrow a little too much from Diablo III and they like to be far more complex and in depth. Which in my opinion sometimes GGG downfall as they might overthink and miss a far more elegant solution.

My Other Path Of Exile Blogs For This Event: