While many try and rush to get to this hidden zone I felt like putting it off for a little while. It is like using a cheat code in the game in a way. Yet the zone is there and reachable right away if you know what you are doing. With amazing things awaiting inside to help you on your journey.

It all starts in New Sorpigal. There is a secret portal to a far away and deadly zone. It can be reached by heading over to the Buccaneer's Lair and facing about southeast and clicking the upper part of the building. You will need to jump pressing X to reach high enough to click on the spot.

You know when you have clicked on the right spot as you get teleported away to Dragonsands. A single hit from a dragon can kill or knock out one of my characters. So I saved the game beforehand and would just reload the save till I had a perfect enough run. 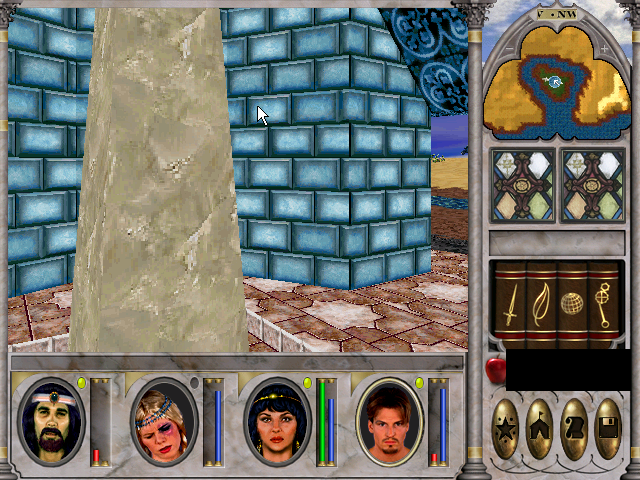 The moment you land in Dragonsands you need to duck into the shrine area. In the middle is a shrine that will give each character +20 permanent stats. That all on its own is quite helpful. Not to mention getting to Dragonsands far before you would ever otherwise.

Once that was done I clicked on the wall and was again teleported away. I was not going back to New Sorpigal I would not be for quite some time. Instead, it took me to New World Computing which is perhaps not even the strangest zone in the game there are some strange ones for sure.

Outside of a small number of hostile enemies inside this zone who can be enough to kill a level one if you are not careful. There are some very strange things going on inside the place. 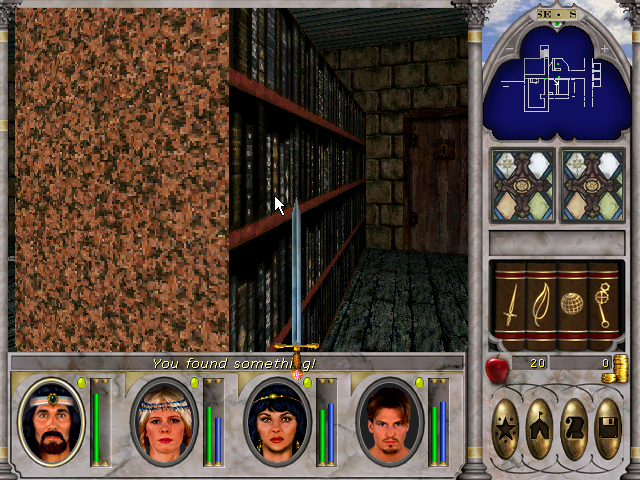 There are a few bookshelves and counters when you click on them will give you some items. For the most part, they are not worth a lot. I however did find a couple of decent items laying on the floor. These are however not the reason I came here. After exploring the place a bit I found a room that had a window looking into it. It also has a tiny treasure chest. When you click on I holding down the spacebar it fills your gold bag up to a maximum of 10k gold. That all in itself is amazing.

That gold however is going to be needed for the next step. It is also a good thing that this room is not that far away from the other room I was looking for. As it would take over 20k gold to perform the next step.

In Might & Magic VI and in this series of games even there are what are known as black potions. There are seven that permanently increase a single stat while reducing slightly another one. Each black potion can only be used once per character.

While I never cared much for potion crafting in Might & Magic VI end game potions are considered these black potions. They require combining quite a few of the basic points into other more complex potions that then get combined again to make a black potion.

Another room in this dungeon has a black cabinet. When you click on that cabinet you get either an empty potion bottle or blue, or yellow, or red potion. Each click however costs gold and it can take quite a while to get the different potions you need to mix in the inventory to get the higher-level stuff.

Also in that room, there is a cabinet that gives you empty potion bottles. Along with a room on the other side of the zone that gives you herbs. I frankly never wasted time mixing the herbs myself for free when I could just go and get more gold out of the chest next by to speed up the process of getting the potions I needed.

So I stood there spamming for potions for quite a long time. All my inventories filled up on my characters. I started just dumping potions I did not need on the ground since it is random what you got. Along with making a trip to go get more gold. 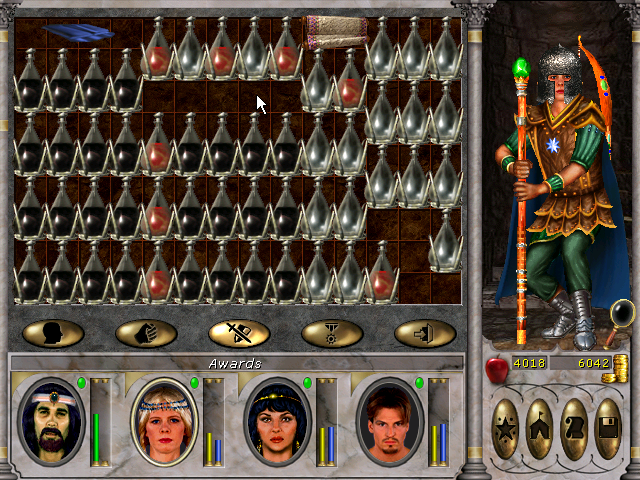 In the end, I ended up making 28 black potions in total. While I decided I was going to min/max by not giving each character all seven of the black potions since they take away more desired stats I wanted for specific characters. I thought why not mix them up all anyways?

You might also notice I have 4k food now. As there is also a cabinet in the same one that can poison and give an empty potion bottle or give one 1 or give 2 food. I kind of hate only being able to only buy limited amounts of food to carry around with me. So that resolves that issue for quite some time. Hopefully, it will be enough food.

On my way out I also restocked on 10k gold. I also had some quick fights with a couple of goblins in the place.

There was just one hard part left. Getting back alive to New Sorpigal to keep all my gains. For that, once you exit New World Computing you are teleported back into Dragonsands. From there you need to rush to an outer section of the wall around the shrine and click it to get teleported back home. 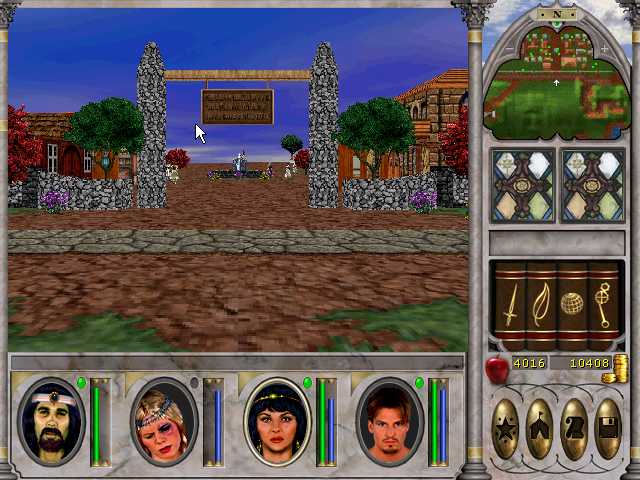 I arrived safely and quite more powerfully than when I left. While the druid did get knocked out at least they all arrived alive. The gold I’ll be putting to good use buying up quite a few spells. I might even go armor and weapon shopping to see if I can find any decent upgrades.

Once I ran out of gold that will be it of that. I’ll have to go back to earning it the normal way of clearing out the area, and dungeons, selling items, and running missions.

Any time in a playthrough I’ve ever gone to New World Computing I made it a point to never go back for the remainder of that game. For all I know that is not even possible but I doubt that but I would not know. I’m not going back.