I wish I could say my play of Might & Magic VI is one of thoughtful action and decisions. In truth, I’m more of a wondering crazy person going where the winds tend to take me most of the time. Leaving a path of destruction in my wake. This is just one of those times I thought for sure I’d be making it to the large town of Free Haven. While I was not in any rush I did not foresee why I was not going to get that done now.

I found myself in New Sorpigal at the time clearing out my bags. Since day one I’ve had a flying scroll stored away in my inventory wondering how best to use it. At some point, I’ll be buying the flying spell itself I’m however not in any rush to have it yet as it is quite expensive.

There is however a couple of dilemmas I kept running into. Flying buff as it should be would be for a very short duration. It’s not like I could use it and travel across multiple zones in the game with it. As a certain amount of days passes as you go between zones. As a result, the temporary flying buff would have faded once I cross over into another zone.

The other fact is I have not reset the towers. In the majority of zones in Might & Magic VI are these giant towers that shoot fireballs at you for flying around. Later into the game, I’ll be able to go around and reset them to target creatures only.

For now, however, I have to be mindful of them. The fireball itself is quite easy to avoid as long as I remain moving around while in flight. Once I’m back on the ground I’m also safe as it will stop shooting at me.

I ended up deciding while I now had the water walk spell so I could get to the tiny islands in New Sorpigal. Some of the bigger ones had way too many higher-level goblins to clear them out safely on foot. However flying would give me the needed space while keeping the goblins limited to their islands for kiting. So I went out and flatted a few of the island's inhabitants. I still took a decent amount of damage. It was however a lot less than I would have taken if I had walked out to the islands themselves. As I flew around in laps around the little islands with large amounts of spells flying past me.

Not to mention my water walking buff has a very short timer. So it is not like I would just walk around for hours on end around the islands just out of range of getting aggression on too many goblins at once. 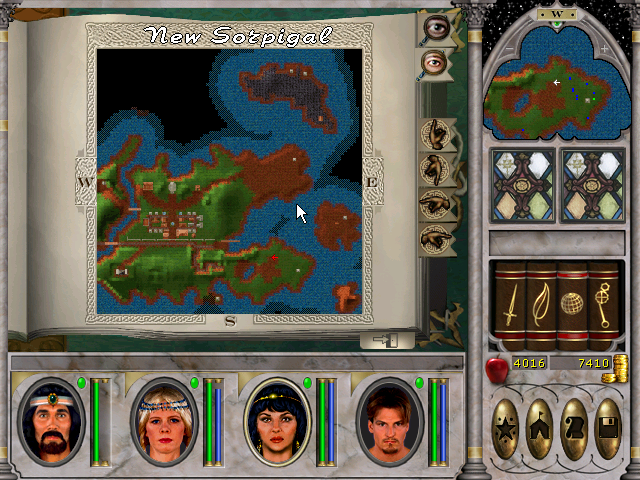 I had some decent fun before the flying buff wore off. It so happened to be while I was on one of the islands. Thankfully I had finished clearing it and was just looting everything. I buffed myself with water walking and made it safely back onto the mainland again.

I felt it was time to head to Free Haven. I’ve been putting it off for quite some time now as it is always a bit rough of a trek till I get some better gear, skills, and spells. I however really needed to make it to Free Haven and for now, that means I had to go through Bootleg Bay.

I went into Ironfist and ran over to the border to the next zone Bootleg Bay. No issues whatsoever since I’ve cleared the path to Bootleg Bay beforehand. No matter where I enter Bootleg Bay I’m going to get hit by a few ranged different kinds of damage and melee. It was to the point I had to retreat twice back into Ironfist which added 5 days to the game's time each way.

The trouble was I can’t just run from the melee damage right as I enter. I would end up getting aggression on quite a few camps nearby that would start range attacking me. So I had to make a clear spot. From there I would have the range I needed to clear enough space to slowly work my way up.

I then worked my way up to the next camp. I did not need to worry about getting aggression from the lizards camping at the circus (yes this game has a circus!) As I had already killed the lizards.

Bootleg Bay has a couple of islands and other areas I was not going to be clearing out today. I mostly just wanted to make it to the small town in this zone. While clearing a path to the Free Haven zone. 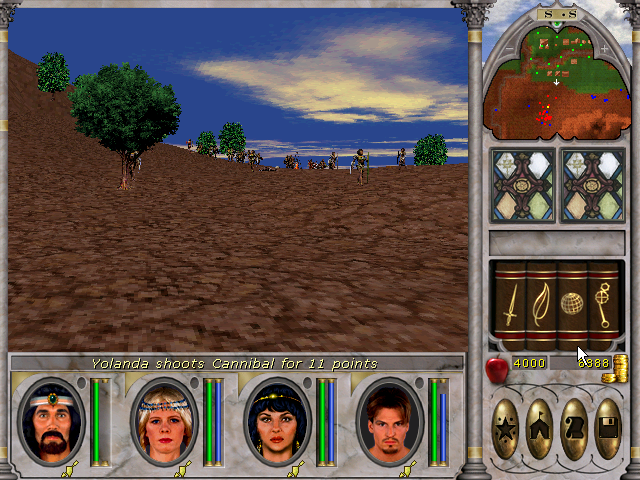 I also wanted to pick up the bones that can be found around some of the camps in Bootleg Bay. At some point, I’ll make it to the NPC that buys them for a couple of head gold each. While it’s not a lot of gold I’m spending the stuff like water at this point before I’ve even been to Free Haven.

I get up to the Free Haven board like my plan was and I just so happened to realize the month it is in the game. It was July and while I’d been ignoring going to each month's shrine. I’m starting to get to a point in the game where I think I can make it to most in time.

The issue is however July is the shrine of luck and that is in New Sorpigal. I also had crossed the border back and forth enough while taking some healing breaks that I did not want to miss out on getting that shrine either. Time was running out. I must have had just left New Sorpigal before July without noticing.

While sure I could have gone into Free Haven which would have only taken 5 days by foot. I could then take a horse from the stables if I made it alive to the giant town in that zone which I was not sure how long that would take me.

The issue is naturally that not every day will I be able to get a ride back to Ironfist. Then I would have to hope I could go to New Sorpigal by horse as well and not by foot. I decided to play it safe.

I ran back into Ironfist which took 5 days. Then thankfully the stable that day had a ride back into New Sorpigal costing 2 days instead of me running back at a 5-day cost. They would leave a little time to get to the shrine.

Another thing that occurred to me was that New Sorpigal had yet to reset. I was kind of shocked it had not already. Naturally, by the time I get there, I noticed red dots on my mini-map. All those creatures I just had cleared out have respawned along with everything else in the zone (exlucing the dungeons.) 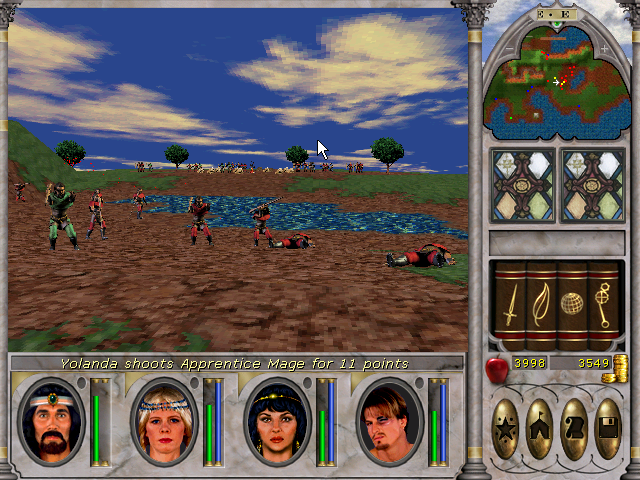 So I went around on the mainland just annihilating anything that moved. I made quite quick work of it all. I did not even care about trying to play it safe as I knew I no longer had to. I just rushed into giant groups of mages and goblins and went to town.

As far as getting to the shrine in New Sorpigal it is on one of the islands. Thankfully it was not on the bigger of the islands where having a flying scroll in my bags would have come in handy as I had just used that scroll not long ago.

The little island was within striking distance of the mainland of one of the areas I had just cleared. I could reach a few goblins on the outer edges of it. I then would buff myself with water walking and walk over to get aggression on a few more goblins. I then would retreat to the mainland and take them down as well.

I would repeat that process a few more times till I had most of the island cleared. I waited till I knew there was not enough left that would cause me too much trouble. I then went to the island one last time and cleared out what was remaining without having to drag it all to the shoreline. 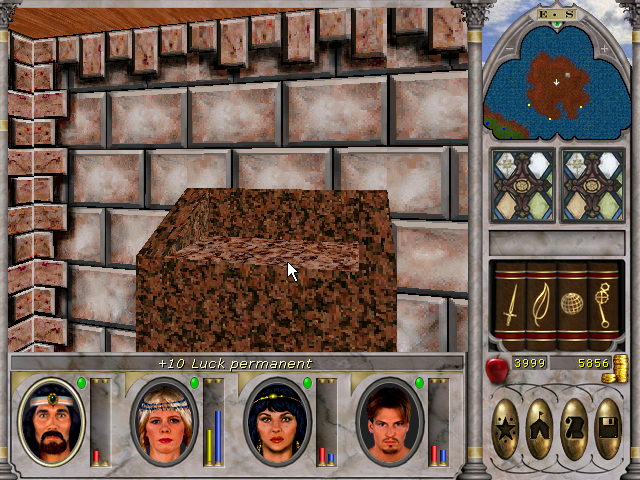 I then went up to the shrine and got myself +10 luck for all party members permanently. This can only be done once per shrine. While there might be a couple of months I’m not quite ready to be able clear out the shrines to get different stats. It was at least nice to have this one done.

As far as making it to Free Haven that would have to be another day. Rather, another 15 days of in-game time traveling to get to it. I would then be eventually in Free Haven.