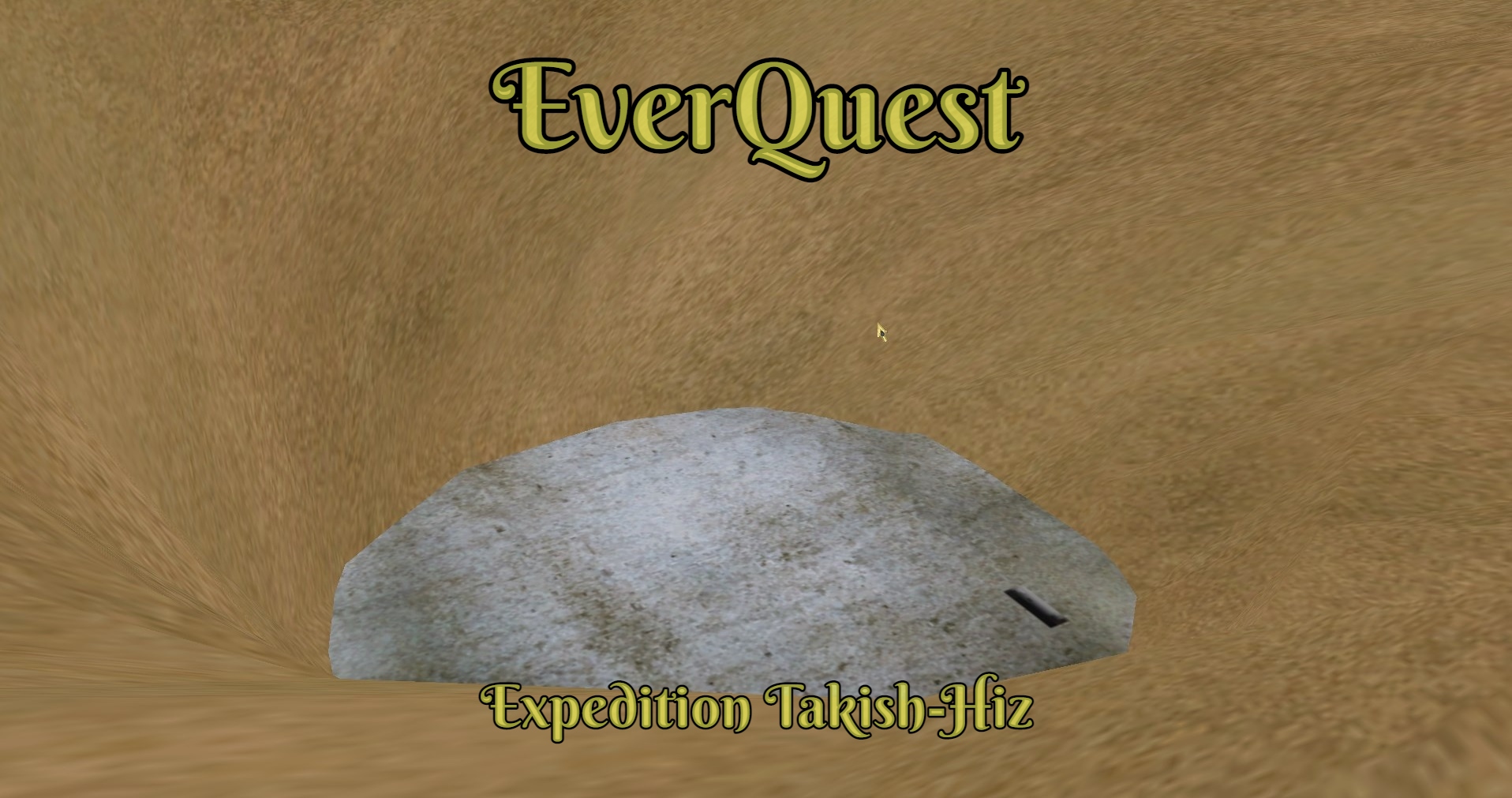 Takish-Hiz will be the last expedition we end up running before decided if any of these we want to farm for a while. It has been quite fun so far to be running expeditions. It has certainly brought back some old memories. This one ended up being quite easy to get to. You pick up the expedition for Takish-Hiz in North Ro at the Wayfare camp and then follow you're composing till you see a giant pit in the sand. We could not trigger entry into the instance itself by clicking on what appears to be the door. It was instead the sand on the edge around it.

In keeping with the theme of the other expedition, we have run we decided to go with the last remaining type we have not selected yet. This time around we would be doing rescue and escort out of the zone mission. This proved to be a bit more annoying than expected. 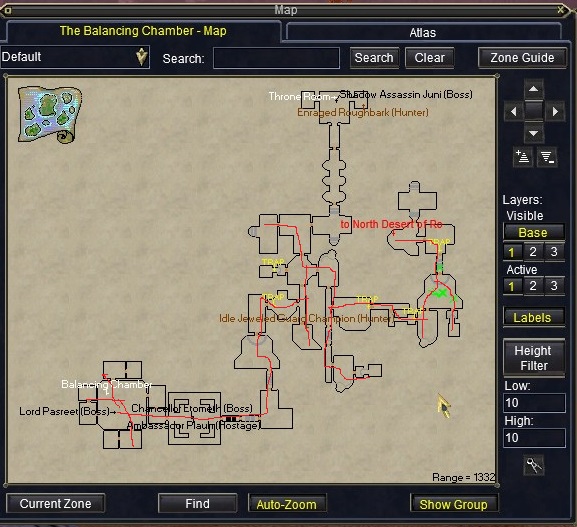 The person we had to rescue was Explorer Jhenia. Since that NPC was not marked on the map I had we ended up clearing a fair amount of this expedition before deciding to check out the bottom portion that had a hostage listed as someone else. I ended up marking out the area we went in the red. While it looked quite ugly from the outside. Once inside you could not help but take a moment to enjoy the overall sandy desert-like theme this place had. The tree roots sold it that you were underground. With sand piles everywhere as if the place was filling up with sand. 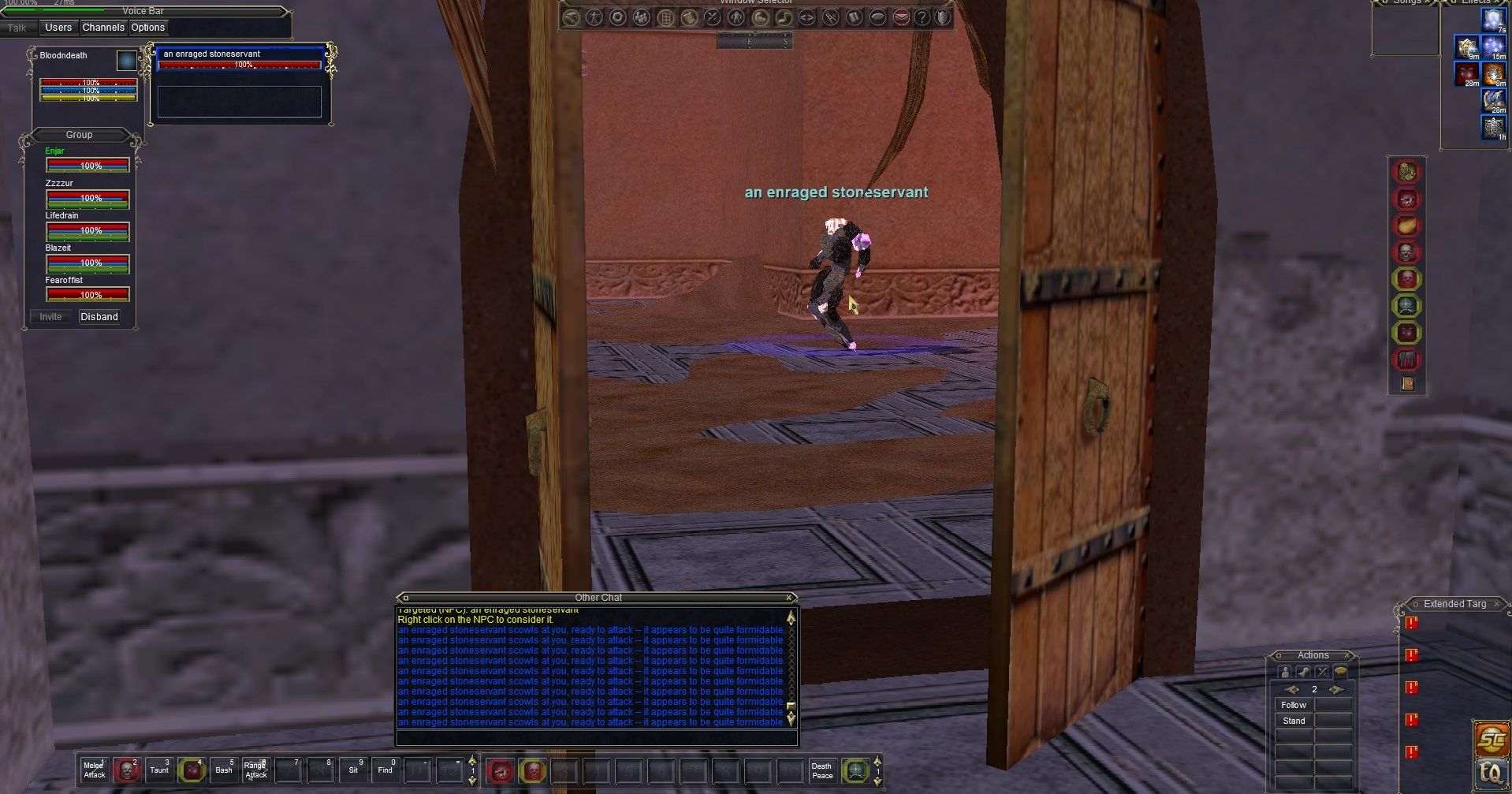 The double doors in this place made pulling a bit trickier than I was expecting. As they would close on you creating a bit of extra thing to keep in mind while trying to quickly get back to the group. Thankfully we were not doing these on hard so the character I was dual boxing with survived without much of an issue.

Since we were a bit lost in here it ended up taking us a bit longer than expected. As such we decided since there was more than enough time left on the timer to finish to take a bit of a prolonged break. After making sure to clear the area out first of any possible wonders.

In the future, we decided if we needed to run a bunch more expeditions we would be going with kill missions. Those seem to be the quickest and least unexpected things coming up requiring finish for the most part.

It is perhaps a good thing we ended up clearing out as much of the instance as we did. By the time we did find the person we needed to resource they were at first unwilling to come with us. The NPC wanted us to secure the area “better.”

As if just about everything was not already dead. On top of that if anything had attacked us during our trip out we would have flattened them like a pancake. However, there is no arguing with an NPC that the path is safe. So we went around trying to find anything and everything still breathing and putting an end to it. Along the way, we did find some chests and other sorts of loot. We even got an augmentation or two. While not crazy loot from running this. Since we have been leveling so fast we are rather desperate to replace some rather bad items. So just about anything will do for now.

After what felt like forever and a day the NPC finally agreed the area was secure enough for them to follow us out of this place. You would think if this place was unsafe they would have been unwilling to leave our sight. Yet they just stood around waiting for us to do all the work before it was finally time to go. 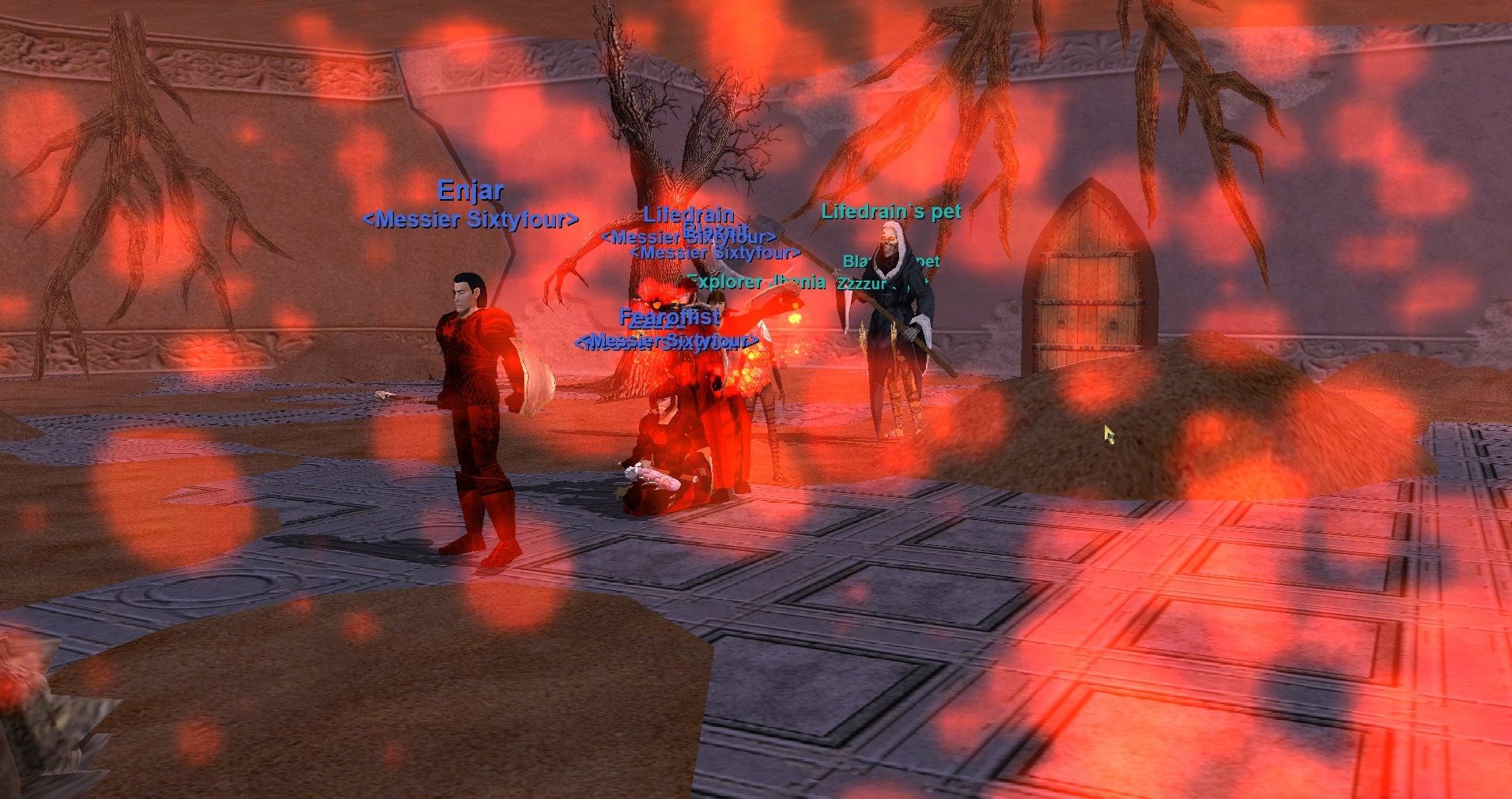 Since I was not expecting any trouble I could not deal with it. I left the boxed tank behind and would later run him out of the instance as well. With the annoying doors and turns in this place, he would have gotten stuck quite a few times anyways.

This was not my favorite type of mission. If we had just to go in and kill the NPC for taking so long to make up its mind it was safe to go with us I would have been down for it. At least another expedition finished.

I left the group some time to double-check all the vendors and do any research into possible augmentations they could use from this expansion. There is at least one weapon augmentation I want for the tank that will help get aggression and keep it a little easier.