Deepest Guk is one expedition I don’t recall running much if ever in EverQuest back in the day. It is however one I thought I would check out this time around. Thankfully it was not that hard to get to or navigate around the instance itself.

Like the last expedition, we did this one would be another kill mission. This time around we even found a boss that was up and some other things we missed running our first expedition. My memoirs of how these work are slowly drifting back into focus. As before we have 30 minutes to get into the instance itself. This time around the hardest part is not the distance but getting through Upper Guk. It’s not that far and the maps I have shown the location so it was not a challenge at all. 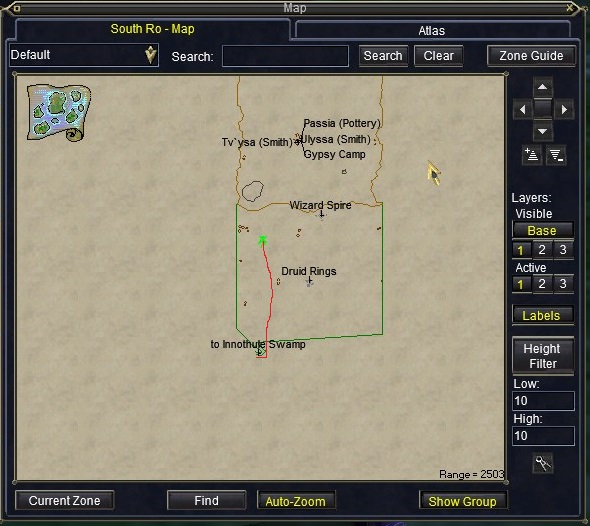 I’ll be drawing a red line on the maps in around the path we took to get to the expedition. It first started in South Ro talking with the expedition NPC. We then headed south into Innothule Swamp. 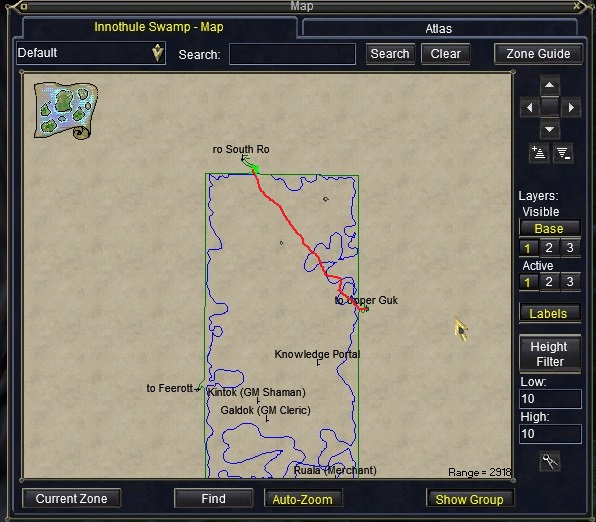 Innothule Swamp is quite an annoying zone to get around in. Mostly because of the depths of the water. If you want to ride a horse and go the quickest path you get demounted. While I doubt we will be running many Deepest Guk expeditions. If that ends up being the case I’ll have to find a better path and see if I can ride along the walls or something to avoid the water as much as possible which kind of looks like you can. The final zone to get through was Upper Guk which I had issues a few weeks back going through here. Thankfully after that experience when I noticed where this was I was able to get there quickly. Thankfully we are also much higher level and since you stay up top you are only doing with lower level creatures. 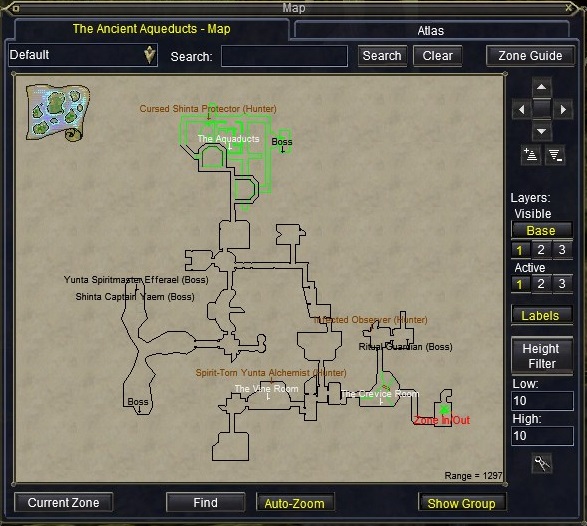 I am quite impressed with how massive looking these expeditions are. While they are not as big as an actual zone. You would get lost here easily without a map. There are even a few dead ends and other areas that could twist you around. 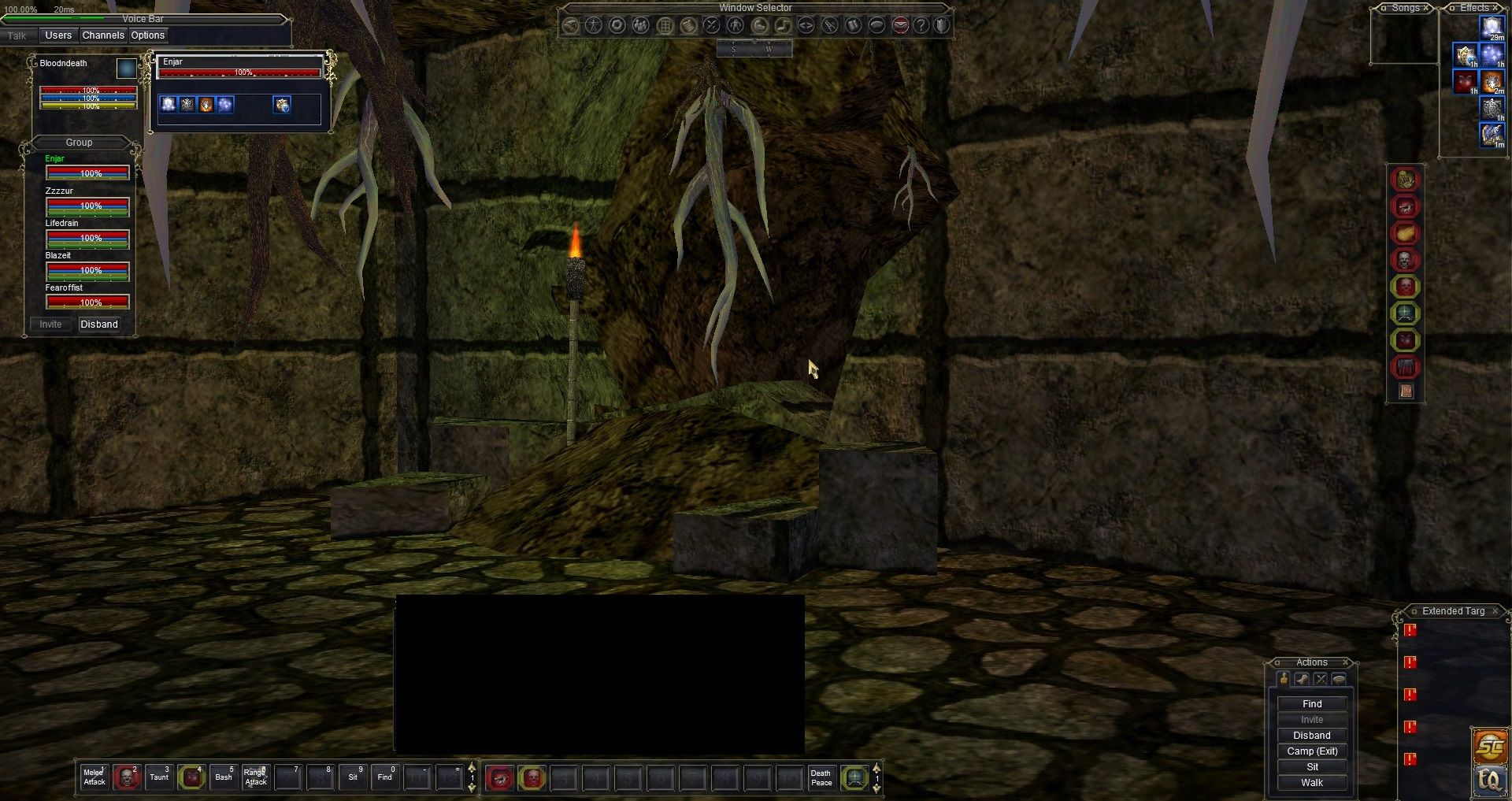 When I think of the word Guk and even say it out loud almost it is almost the word YUK! That is exactly the vibe this place leaves me with. I think all our armor will need proper scrubbing before going near the Guild Hall pool after this one. Just a narrow corridor in and you end up in this massive room. At the time it was filled with creatures below and along the upper top. I was a little more focused on pulling and not causing a massive train than getting a screenshot. Thankfully I snapped on our way to move up to the next location.

As before we are using a rolling camp. Where we find a safe area to sit to pull to for a couple of creatures. Once it is safe to move up to another section of the map to reduce pull time and how quickly we clear we move up. I usually have the creature sitting in the new camp spot waiting to be taken out.

One thing we missed in the first expectation that I was not going to miss this time around is containers. They have locks on them and are cursed. You can get them open and loot what is inside. We opted for the more destructive method. 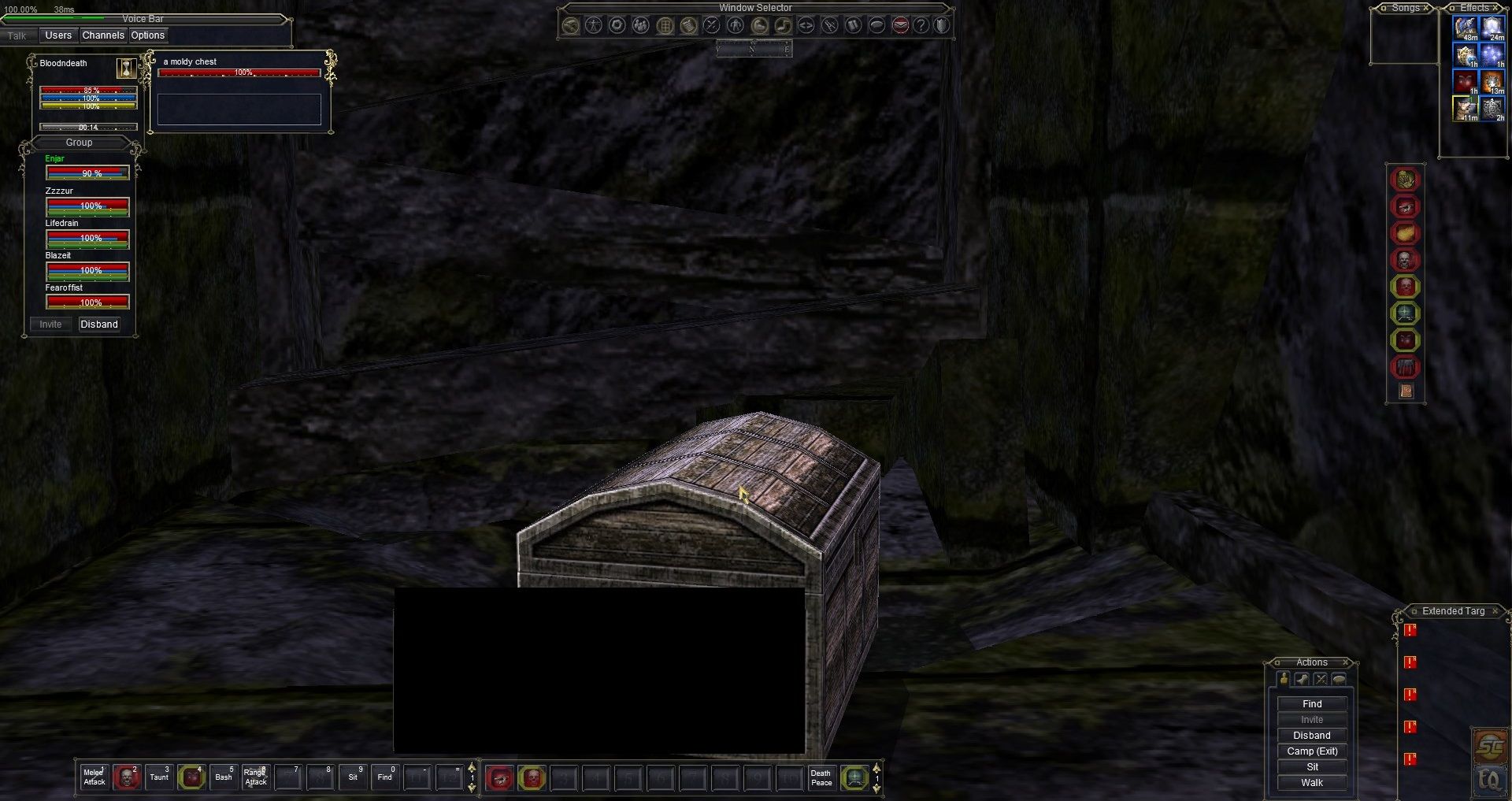 They were rewarding like 80+ platinum coins. Not bad but I think they can also have items in them as well. I might have to try dealing with them more peacefully next time. This chest was not the only one we found either. They appeared as different objects than chest boxes and we will keep our eyes peeled for them. 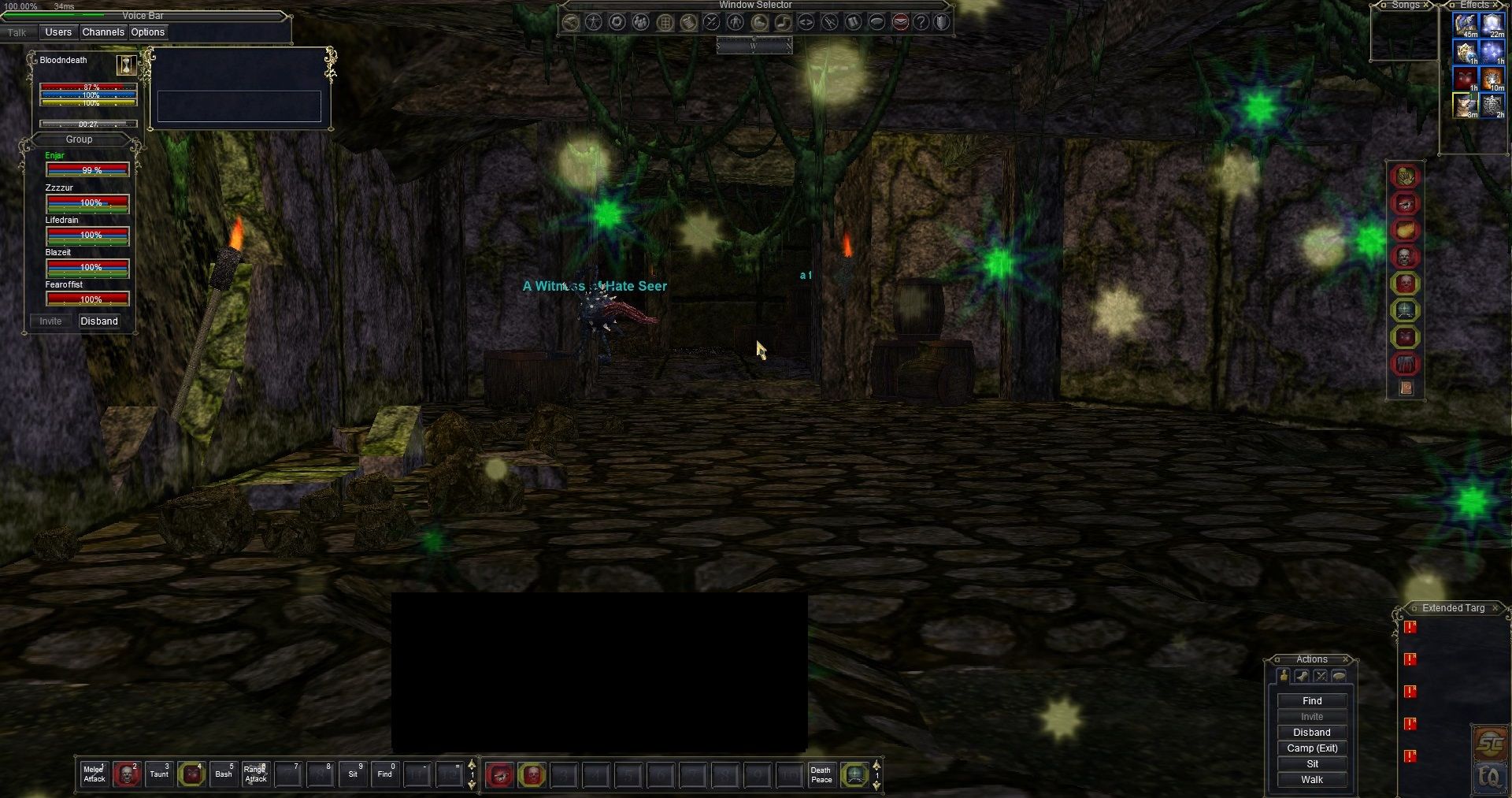 While I was expecting a lot of narrow and nasty areas. There were surprisingly a lot of wide open rooms. Thankfully I can tank a few of these at once if needed so that was not much of a worry.

I recall back in the day I use to load up on my cleric a special type of spell that allows you to “pacific” creatures if they were the correct type. Someone then could pull a creature out of a pack if they all had the short-term de-buff on them.

While I did not have to go in that direction for this place. That is one trick of many that I’m slowly starting to recall that I can do with my cleric. There are so many little things I’ve forgotten over the years that made playing a cleric quite an amazing and awe-inspiring tool in the proper hands.

One of the nice things about this expedition is the number of augmentations you can find. While the normal trash has been dropping some as well. There was a name or a boss up that ended up dropping one that added 15 health along with a 2H blunt melee weapon. 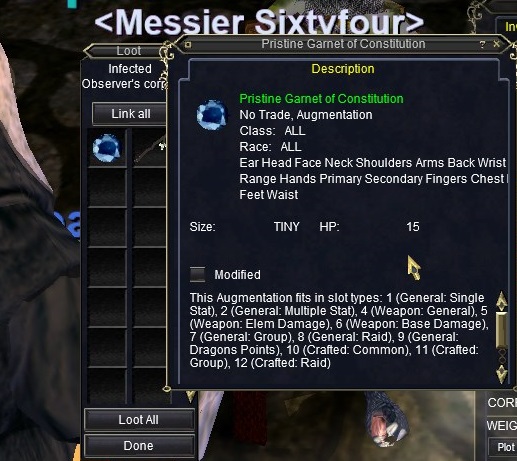 Since we all lack augmentation this will help us improve our armor somewhat. It is also nice that some of these can fit in more or less any slot. Some of the more LDON-specific items have their special slots and augmentation that only fit into the gear. 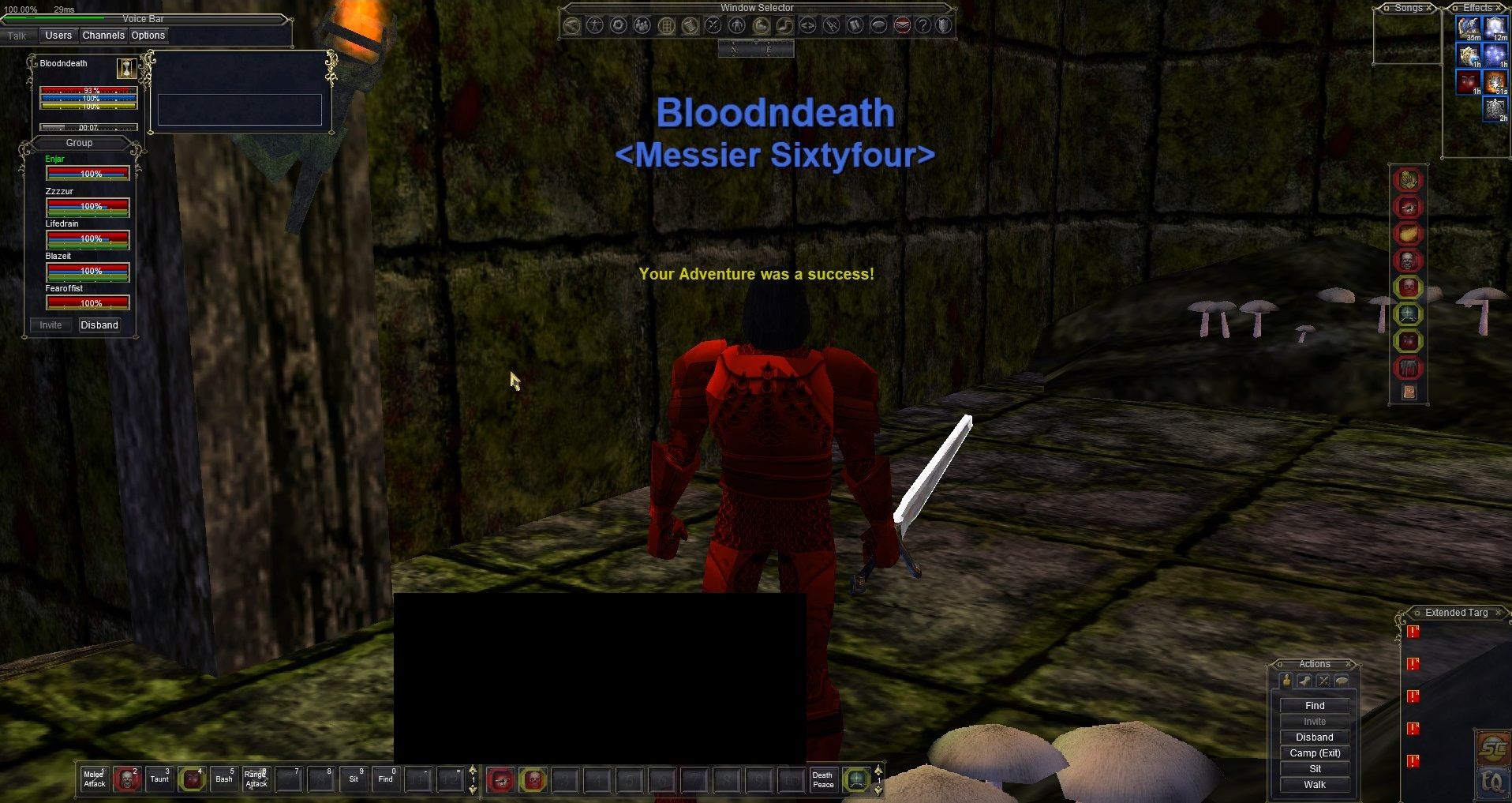 So far I am rather enjoying these expeditions. Other than all the running around they require you to do. From picking up the adventure itself to endlessly having to move camp. Perhaps I would not mind it so much if I was not dual boxing.

This one ended with another 102 adventure points scored. Many of the items in the expedition shops are expedition specific. While we are now up to 204 points which is not much it is only 102 for each of the runs we have run so far.