Next off we headed for Rujarkian Hills. This time around we would be giving a different type of expedition a try. Rujarkian Hills is also one of the nicer-looking places where you don’t feel like you are crawling around in a sewer. For the Rujarkian Hills, we picked up the expedition in East Commonlands. Then we needed to head over to Southern Ro and slay Sikl the Manslayer. We would have the usual thirty minutes to get there and more than enough time to find and slay the boss. 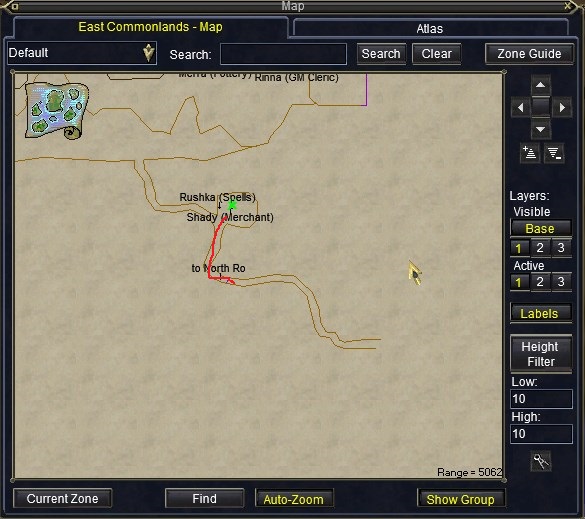 Some of these can always be a bit difficult trying to work out where to go till you get to the actual zone instance is in. I’ve marked the route we took in red. 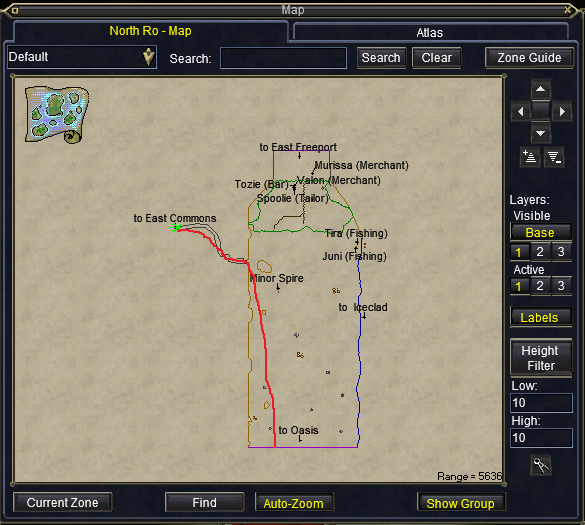 This one required a fair amount of running. Perhaps I took not the most direct route to get there. This was however the way I could recall getting to where we were going. We next had to run through North Rot into Oasis.

Next, we had to run all the way south down to Southern Ro. Thankfully none of these zones we had to pass through was any challenge at all. If I recall when I use to do these at a lower level back in the day that might not have been the case. I ended up doing some sightseeing while in Oasis. Since we had to go through the entire thing anyways. I thought why not go the less direct route? I did not go this way by mistake from leaving autorun on while going in the wrong direction. That did not happen! 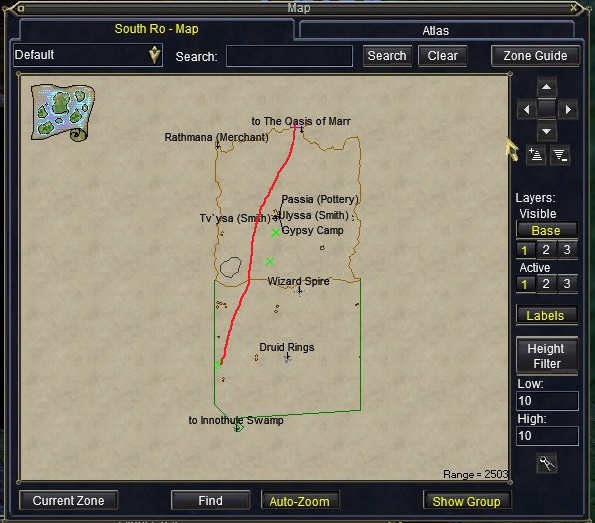 We finally arrived in South Ro where the instance for Rujarkian Hills. I am so thankful to be making this joinery, not on dial internet. That would have taken at least 20 minutes back in the day to do that many zones and all that running if not a bit longer.

While it might sound strange. These expeditions ended up leading to the most profound thing that ended up happening to me in EverQuest. At the time I was just in a family guild and outside of that guild, I did not know many others.

While that family guild did some small time once in a blue moon “raiding” on bosses that were in the open world and quite old. That was it. I always loved doing those guild events but never thought I’d be doing more than that in this game. I was always a rather active player. Since most people in the family guild I was in only played a couple of hours a week. I was always looking for a group. One day I was trying to find a group for expeditions as I wanted some of the augments and perhaps gear. The gear I had was quite dreadful. I got contacted by someone looking for a healer. I said sure and got an invite. I then realized I was in a party full of raiders. While at the time I don’t think they were quite the top guild on that server yet. Over the years they would become so.

At the time grouping with those guys was the most insane experience I ever had in EverQuest. To say they murdered everything inside the expedition was an understatement. It was an insane massacre. 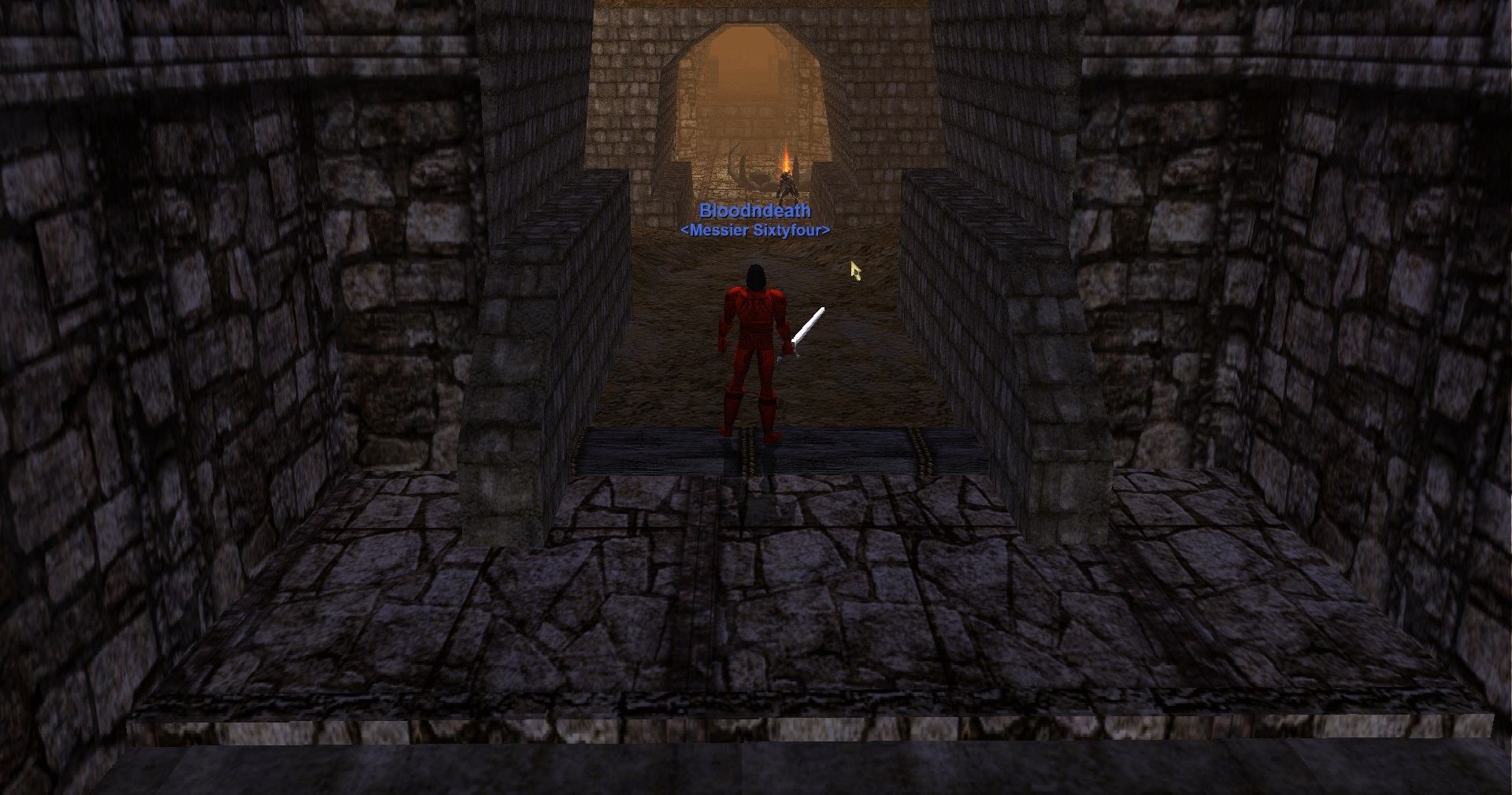 The puller was chain pulling which I had never experienced yet. That required me to pay a little more attention than usual and try to get whatever healing I could on the puller between them heading back out and coming back as I did not want to get aggression on what they were pulling.

This was not killing a couple of creatures one at a time and taking a mana break. These people would sometimes take multiple creatures at once in be in endless situations that would have wiped a normal group any day of the week.

I did not have the gear to be with people like that. While I did have to call a few mana breaks I was doing my hardest to not need to do so. Unless I was casting a heal I was sitting down trying to regen as much mana as I could. Along with doing everything I could to save every single point of mana I could when healing.

Once we finished the expedition they thanked me for joining them and said they were done. I was not sure if they were getting ready for a raid next or ditching me as I was slowing down their otherwise perfect group. Either way, I thank them and went on with my life. 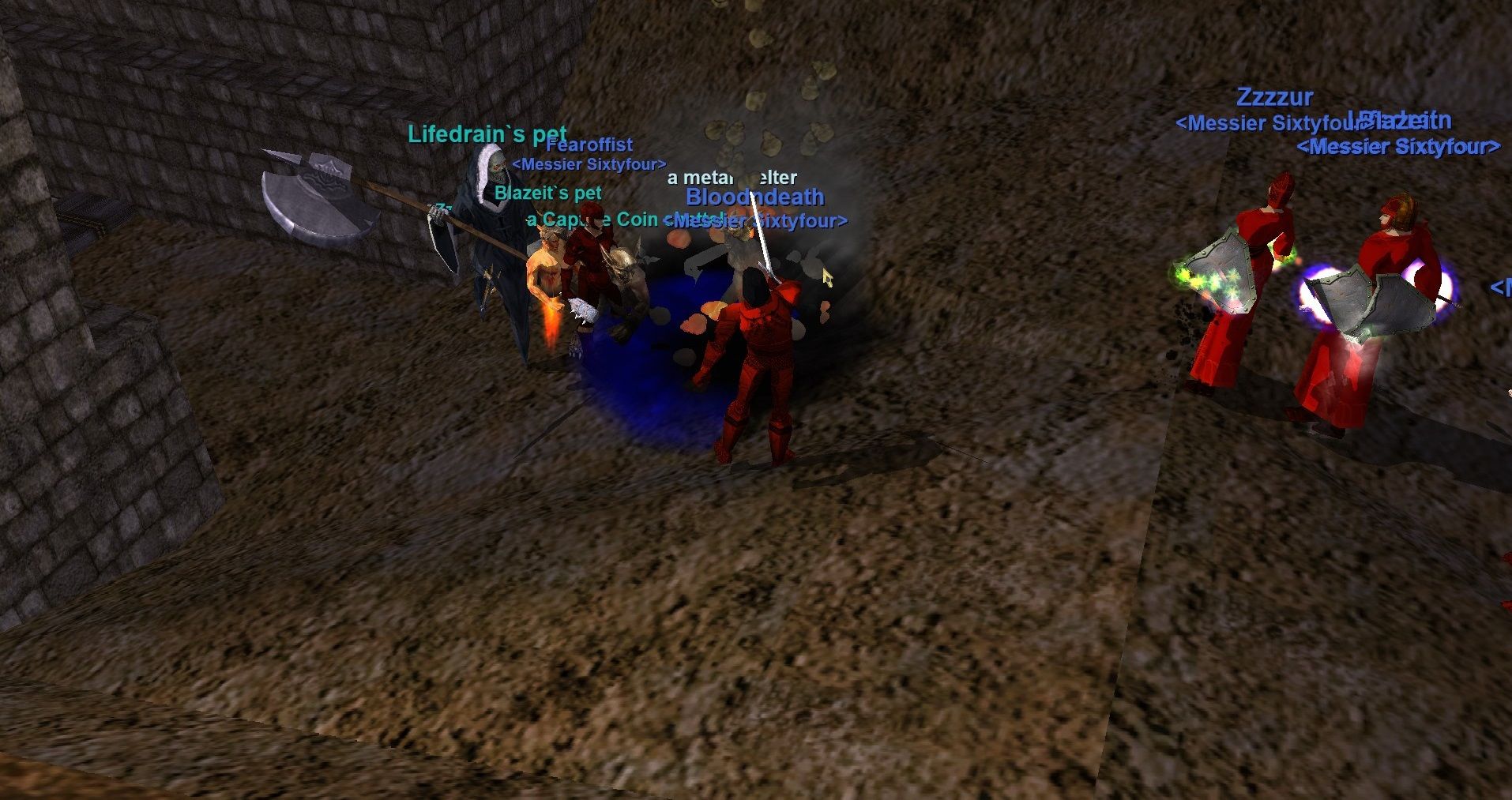 I can still recall some after that experience some things. I thought it was such an insane experience from my usual slow party that took some time to clear those expeditions. That it would be amazing if I was in situations like that all the time. It caused me to start thinking about how I can heal differently somewhat.

A few days later I’m looking for a group again and the same guy contacts me asking if I wanted to heal for them. While I do my best there is just no keeping up with these guys. I had to call a couple of mana breaks from the insanity they were doing.

The guy messaged me asking what was up. He then inspected my gear and went “oh.” While my gear was some of the best in the family guild I was in. It was bad. Like really, really bad. It was so bad they were shocked I was able to do what I was doing.

While my brain is a bit foggy on the details. At some point, I can’t recall if it was that expedition run or a few after. I was asked if I ever considered joining a raiding guild. At the time I was a young teen and they were an adult raiding guild. So I thought that was not going to be any way it would work out. 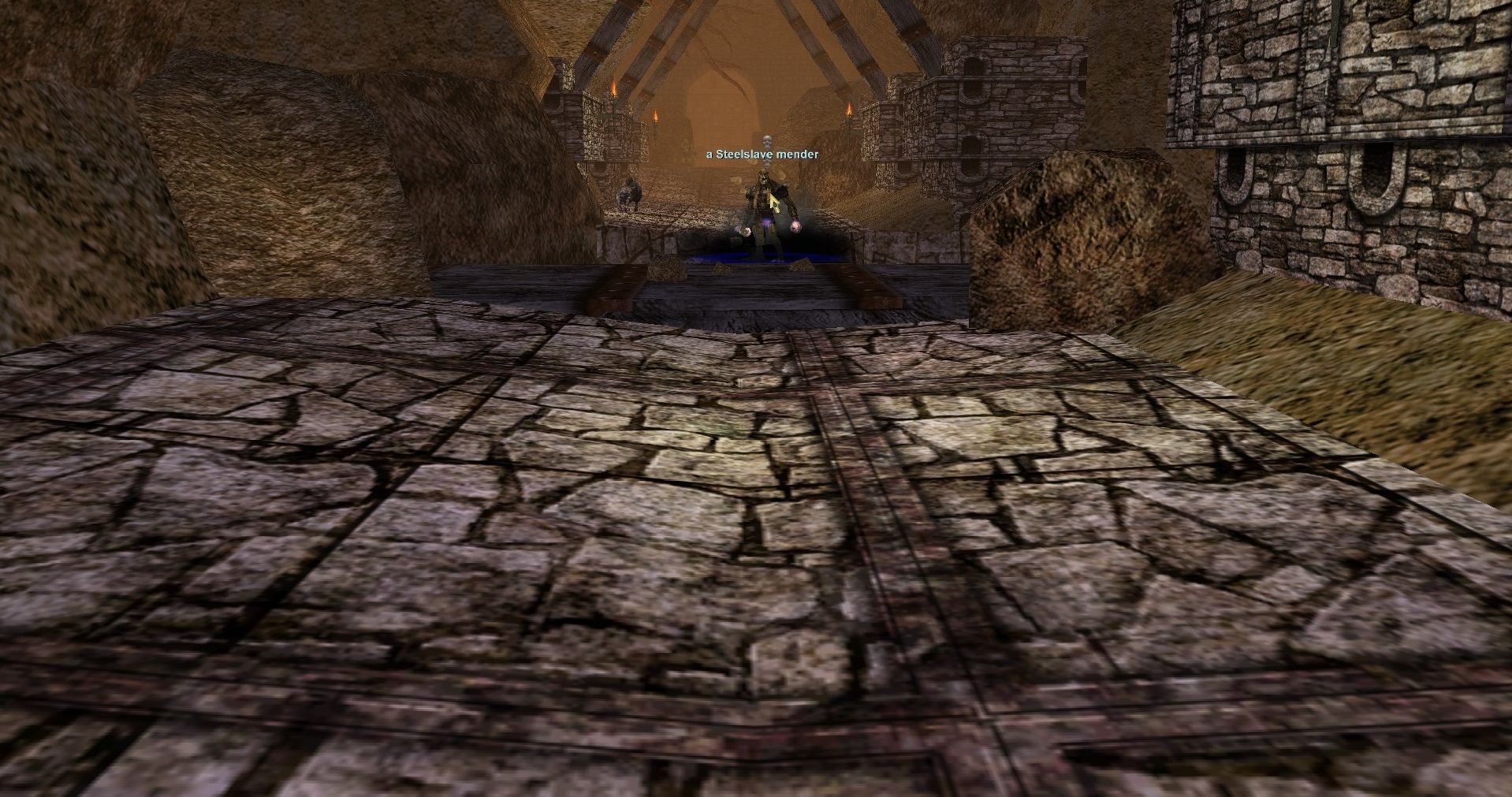 On top of that, they had some rather high requirements. Guilds like that back then even when they were not the top on the server tended to have sometimes a 6-month waiting list just to try out for them. I ended up applying anyways and not even a week later I got accepted as a trial member.

I got in and had to get a microphone to speak with them in Ventrilo or whatever application we used back then. I said like three words and I got instant pulled to a private channel. Yep, I was a kid. One of the top members in that guild dropped down into the channel and said “hey, just wait a moment we need to talk among ourselves.”
I thought for sure that would be the end of me trying to get into a raiding guild. At that point, I had grouped with a few people in the guild I had just not raided with them yet. Word got around despite how bad my gear and low advanced ability I had that I did an awesome job healing. 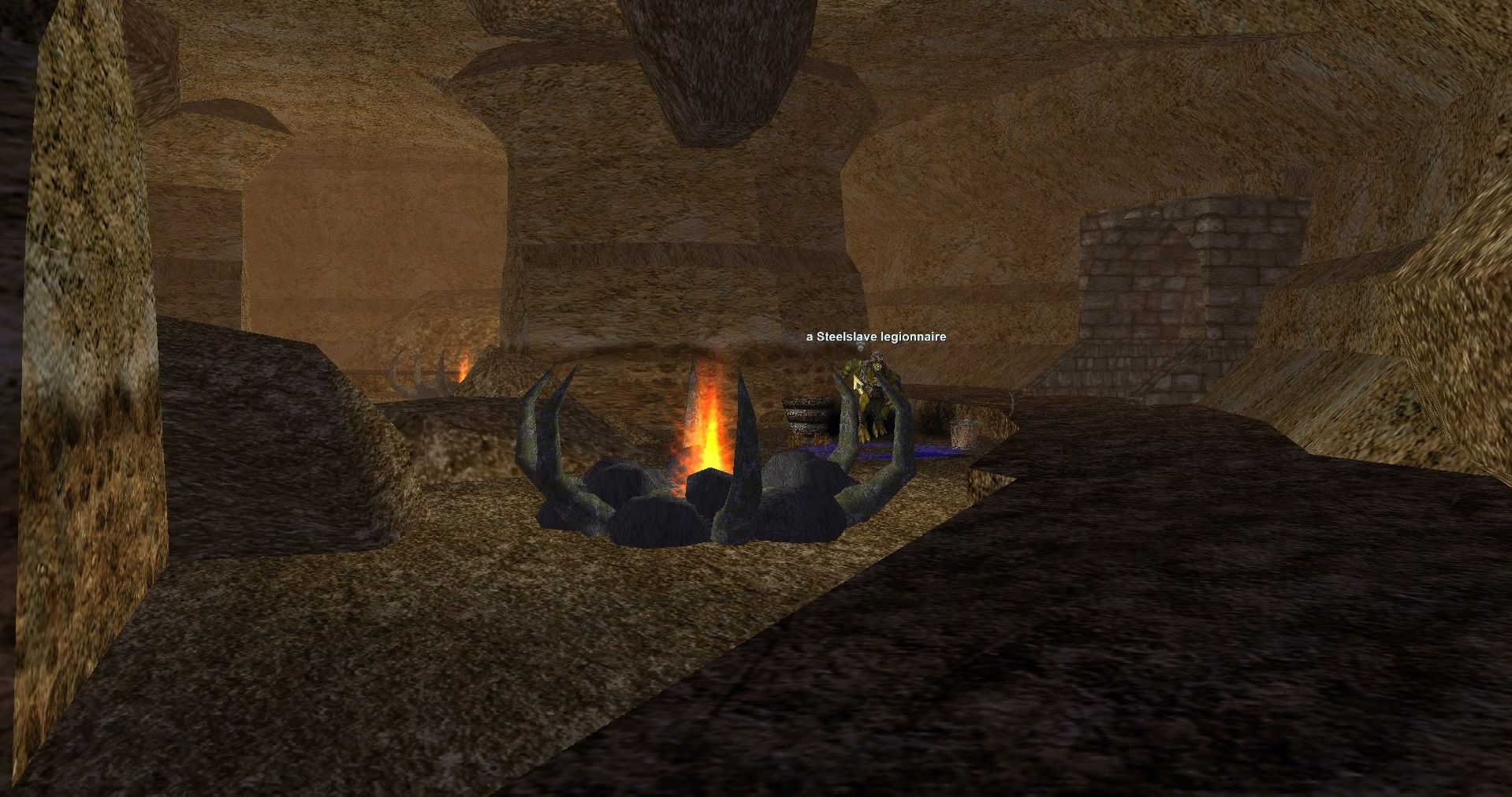 They ended up creating some special rules in the guild and if I recall they even made some 18+ channels and did some other things. They also put up with me having dinner time and bedtime and some other things as well.

That all happened because of some random expedition like the one we are running here. You sometimes wonder how people end up getting into what ends up being the top raiding guild on a server over time. To this day I still find the whole experience rather crazy. 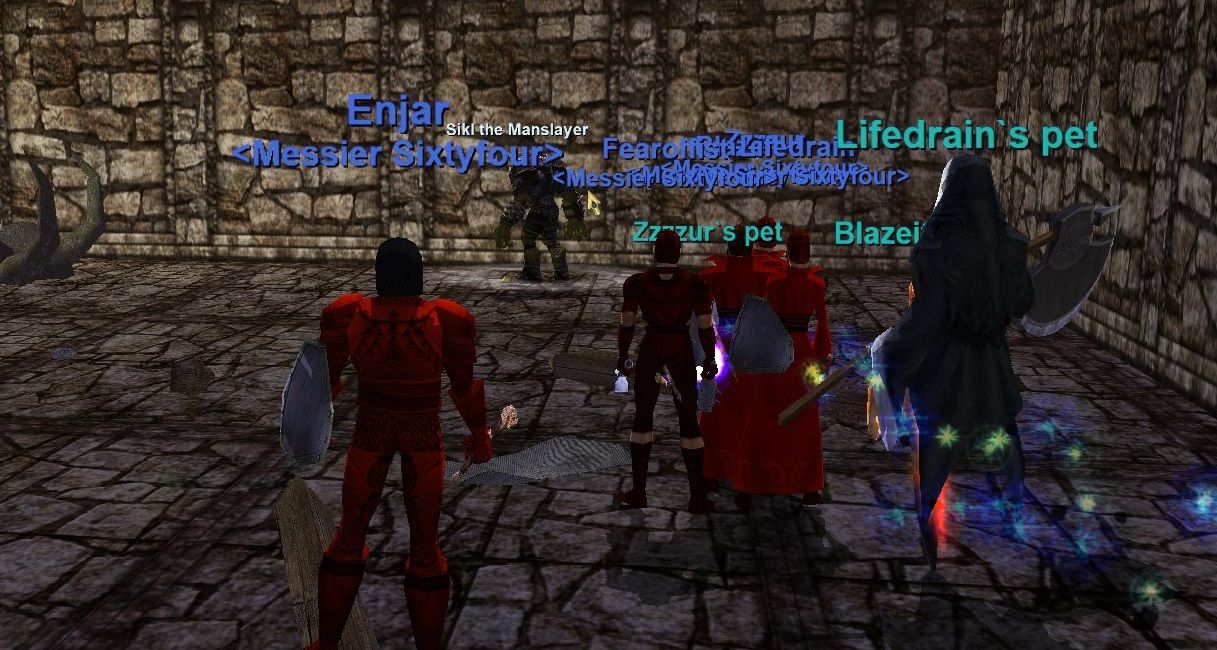 As far as the current expedition I am running that all these screenshots are from. It did not take us long to work our way to the boss and slay it. Needless to say, we had quite an easy time, unlike, the experienced I shared in this post. This time around however I don’t expect to be asked to join a top raiding guild. 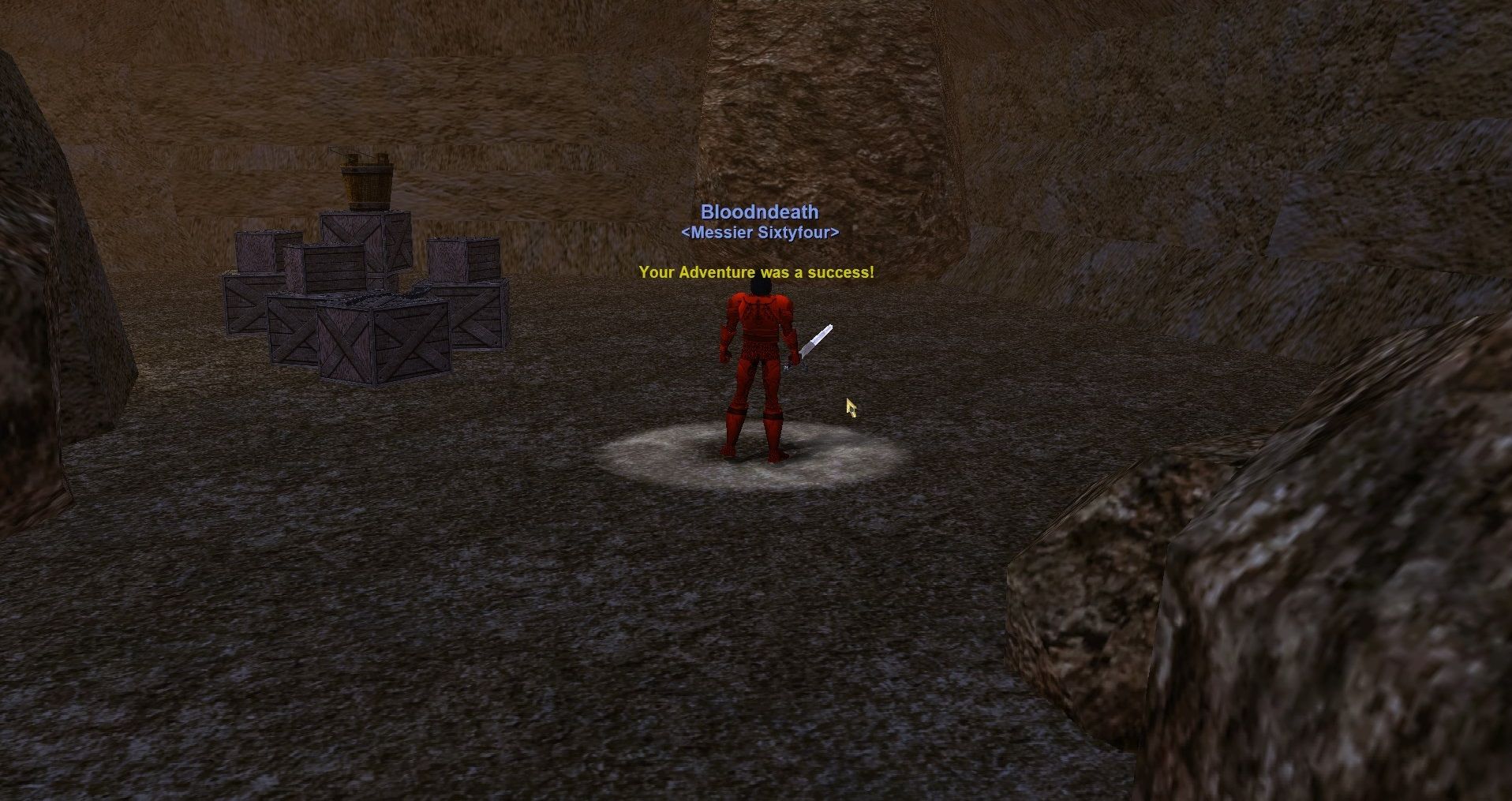 It's random run-ins and outcomes like the story I shared in this post that make gaming this amazing thing. It’s these kinds of stories that you end up taking with you for quite a lot of years forward. It also is what feels like more modern games are missing.

Pure raw talent back then was above everything else. You did not read guides, watch videos, or have others tell you how to do things. It was a process you developed on your own as you grew into the role you were playing in a game.