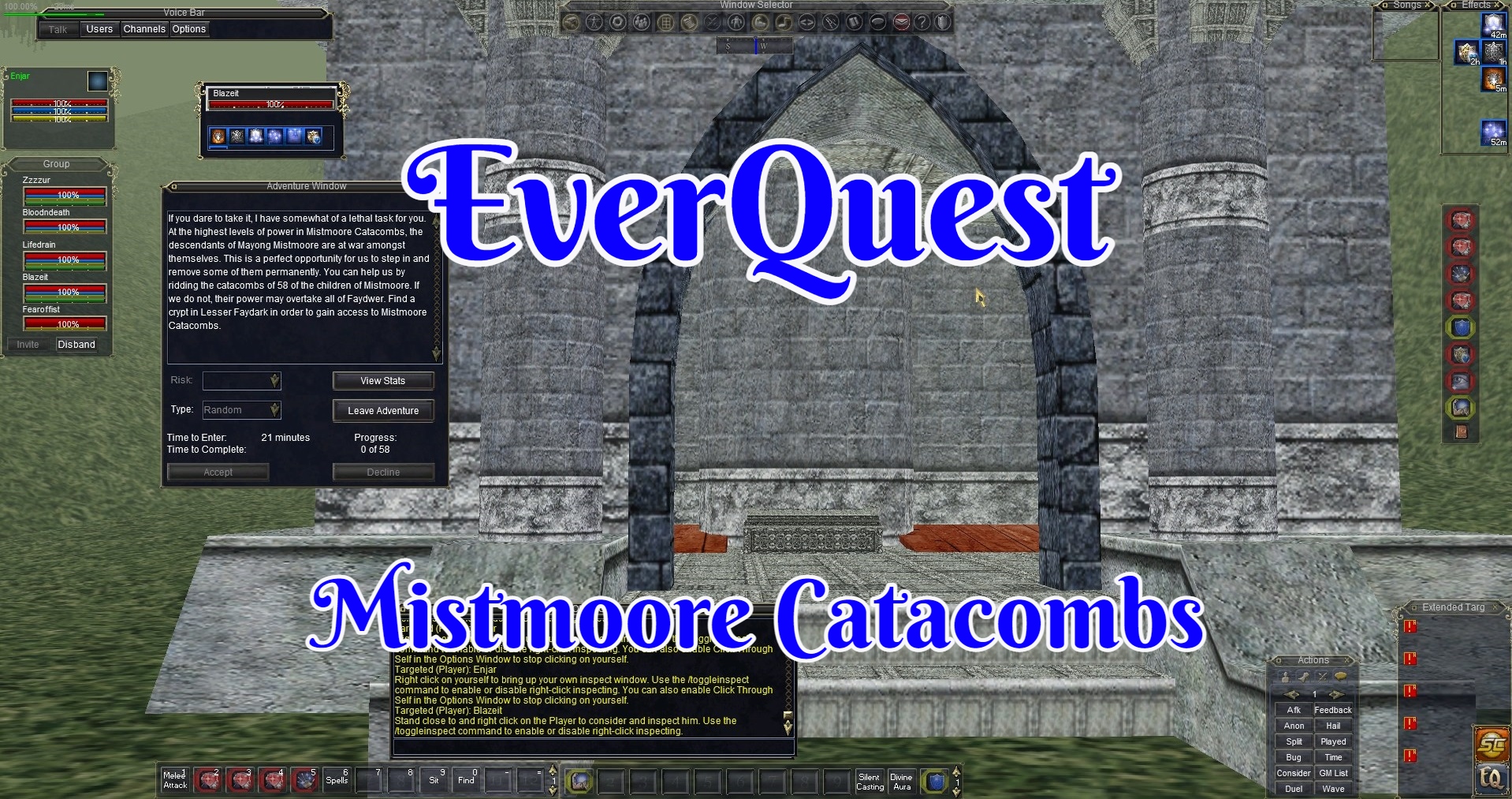 It was time to run some expeditions in The Lost Dungeons of Norrath in EverQuest. I ran so many of them back in the day that you would think I’d know them like the back of my hand. I never thought I’d be returning to them.

While the leap forward into the Omens of War Expansion was quite fun. Wall of Slaughter (WoS) proved to be a bit more challenging than we were expecting. Instead of moving up to the next zone in Omens, we backtracked to an expansion we were going to get around to visiting at some point.

The beauty of The Lost Dungeons of Norrath (LDON) expansion is the expeditions are instanced and scale. Not only do the instances scale but so do the rewards. While we don’t need gear like this tunic which has extra augmentation slots and special types which the gear gets a lot of its power from.

There might be some stuff still worth grinding for. I am not quite certain which expedition yet has some of the augmentation and possibly some other minor updates for our weaker slots. For now, I thought it would be fun to explore each of the five different expeditions.

Afterward, we would grind any if needed. After everyone has had time to explore all the different merchants. If I recall they each have their special items. Which meant back in the day if you had a group of friends you would help each other out by running an expedition that might not yield much of what you were looking for.

One thing I had forgotten about from back in the day is you can’t just enter them right away. So the first one we had plans to do we could not enter into the zone. We needed to do a quest for an Adventure Stone. After that, the group was ready to go. The first expedition we ended up running was Mistmoore Catacombs. In adventures, you can choose a few different types from kill x amount, boss killing, collection, and recuse. Since we wanted to grind out some experience I went with the killing 58 creatures mission on normal.

You have 30 minutes from getting the expedition till you have to make it inside. Otherwise, you failed the expedition. Back in the day that was possible between slow computers, connections, and breaks. That 30 minutes was not as long as you think it was since you usually had to cross a couple of zones to get into the expedition. I drew a bit of a red line on our journey to the center of the expedition. We started by leaving the Wayfare camp and heading east into The Greater Faydark. 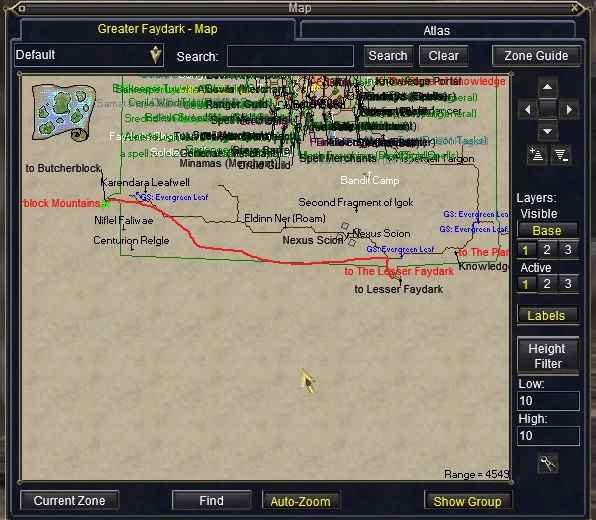 You then had quite the massive journey across Lesser Faydark till you got to the entrance. Thankfully once you got here they would mark on the composes with a line the direction you needed to head. Back then that was considered giving a massive helping hand to the players to show them where to go.

I have far too many stories in this game of spending hours to find something that was not that far away. Thankfully this is not one of those instances. Between it being marked on the compass and the map pack I am using has two spots marked. It was easy to find.

Once inside you have something like 178 minutes to finish the objective. With the more modern gear, we have on despite it being a much higher level instance than they originally launched as. We won’t need that long to kill 58 creatures.

We also won’t be needing the number of mana breaks and or struggle as hard as say a pickup group would have in here. I don’t expect we will end up wiping if a pull is bad.

One thing I did do is buy special spells for this zone. There are traps and other things. I don’t quite recall how they worked. I just know I have some spells to deal with them if we need to.

Since this was an instance we would be using what is at least called back in the day a rolling camp. Things could get pulled to our current area. Once some rooms ahead of us are cleared the group moves up into the next room. 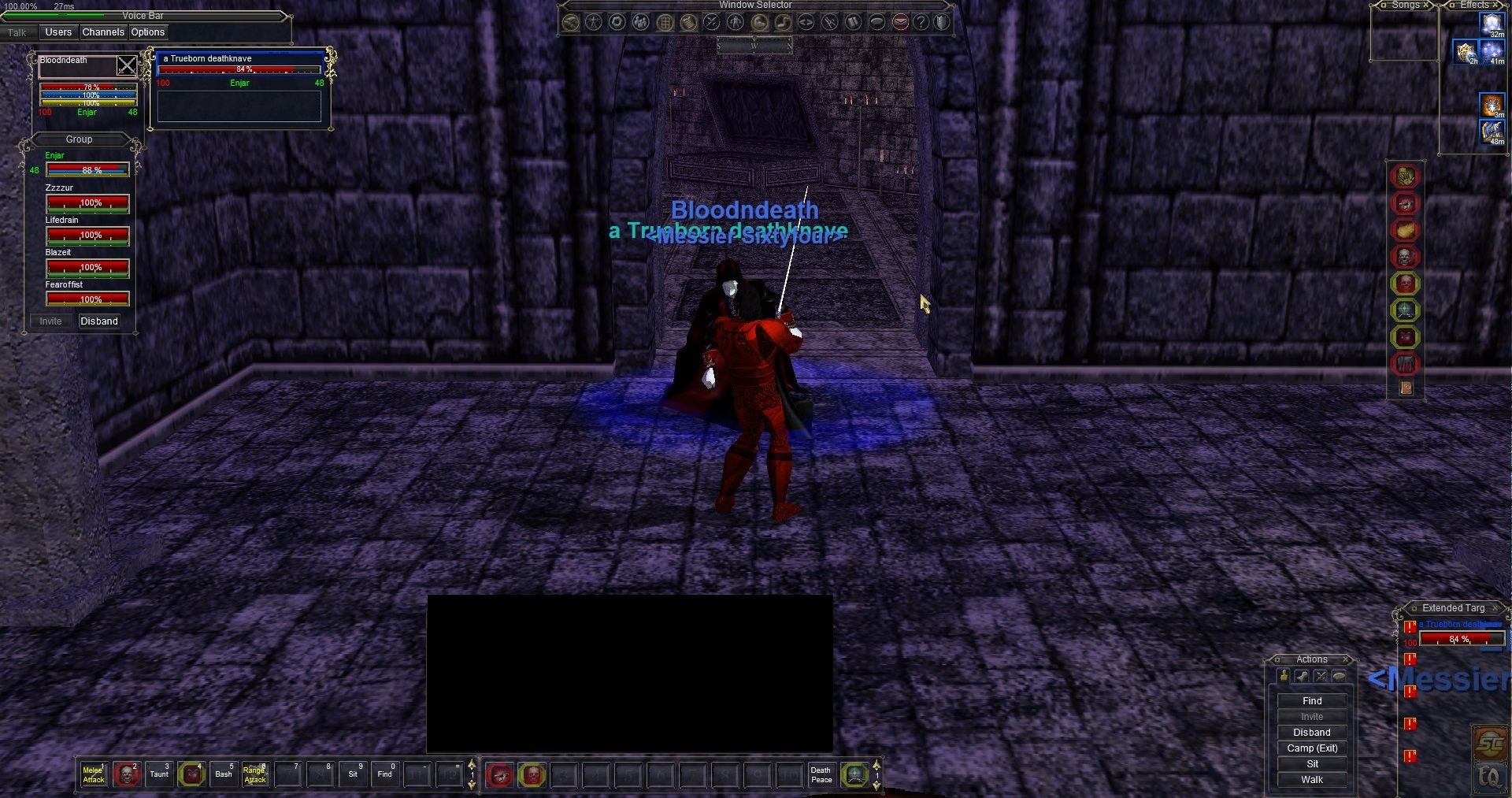 The idea is to give the puller enough room to pull. While making sure they do not have to pull a long distance. 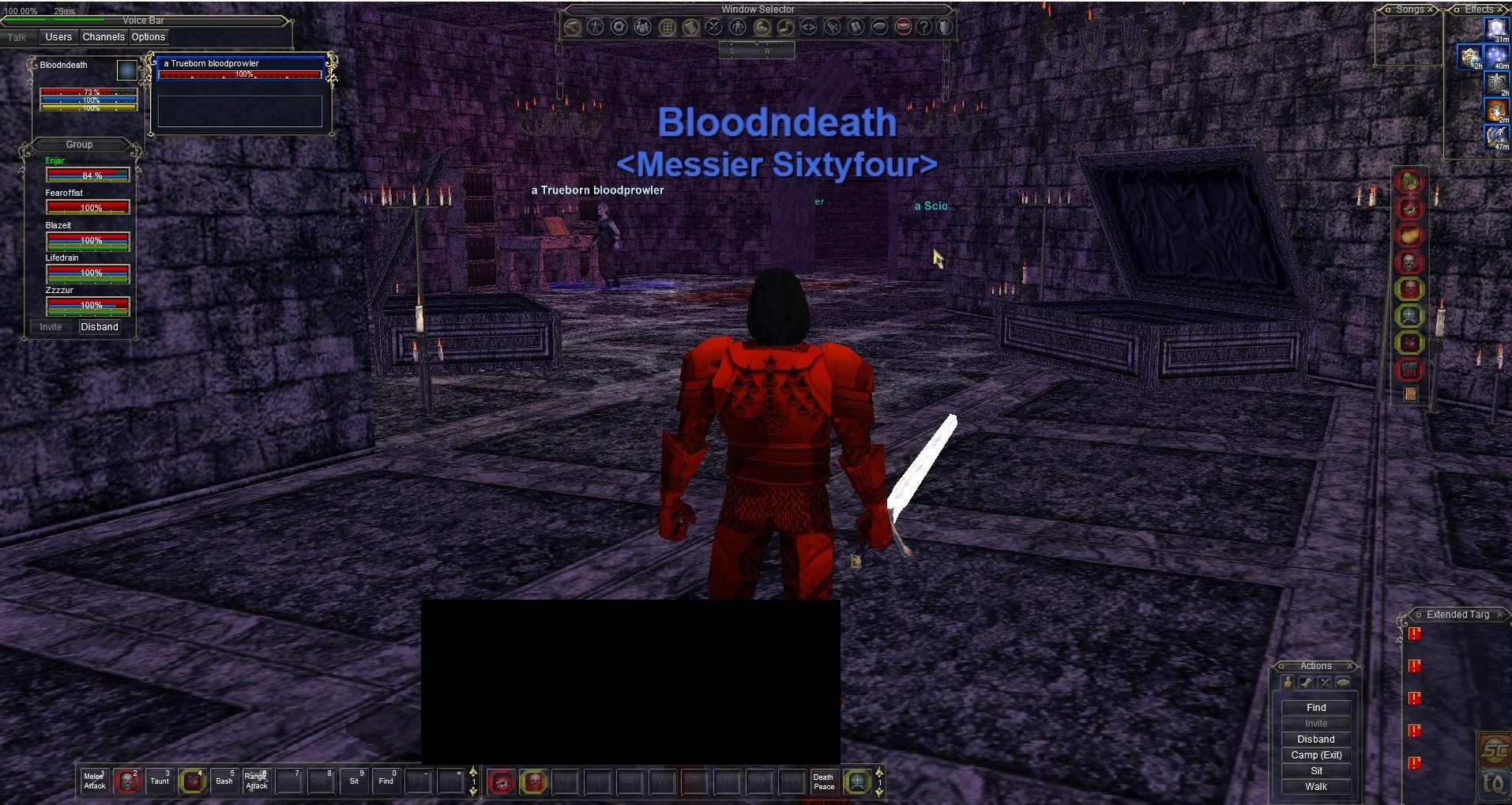 I of course will be pulling on the second character that I’m boxing. The experience was not as great here as it was on WoS. It was however a lot easier time as we could deal with adds and killed things at a rather decent pace. For whatever reason, I just love these old-school dungeons. I almost feel right at home in them. They have enough detail and objects in them to keep you from getting too bored with the surrounding. It was however not overkill either. While this was an easy dungeon to clear. I did not realize the tank was almost going to die during one pull where we got some adds. I managed to save him just in time before he was dead! I was a little busy trying to keep adds off everyone else. 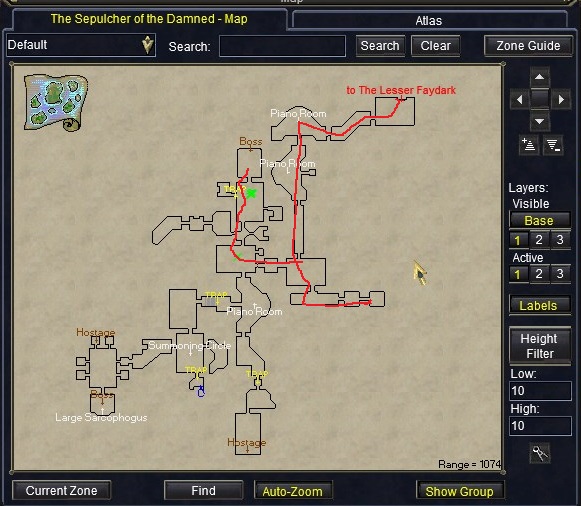 Before we know it we had finished. We still had quite a lot left of the zone. While the game gives you 30 minutes to exit giving you extra time to keep clearing if you wish. Decided it was to head off to the next one and to check out what that vendor had for sale as well.

We ended up getting 103 adventure points for finishing this one. Perhaps in the future, as we explore the other ones we will try on hard to see how many points they awards. I still have no idea how many points we will need to grind out for any items we may want.