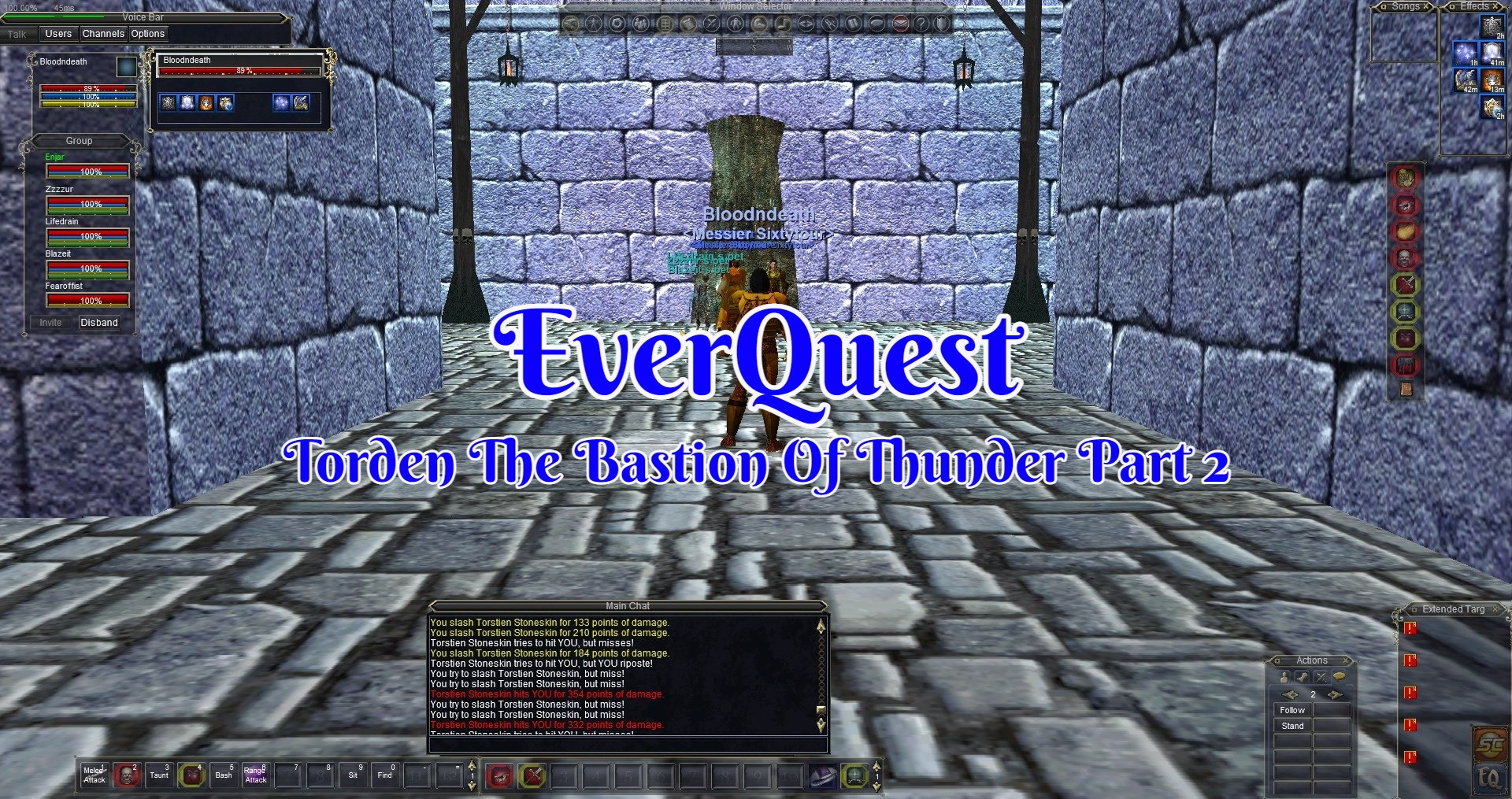 After exploring my favorite tower earth in Torden The Bastion Of Thunder in EverQuest. It was time to check out the remaining lower once fire, air, and ice. Two of these are rather small areas and in one of them, you have a lot of clearing you can do.

Back in the day I usually tried to avoid being in the lower part of the fire tower. Pulls in there can go wrong quite fast. On top of that, you usably get a few people trying to wander through this one. Making things go from bad to worse in a heartbeat. While there are not that many fire elements down here making you wonder why it was not thundering instead. This one hallway leads to a dead-end with some possible named spawns. It’s also the place many try and get to if they are passing by.

There are not that many great camps in the fire tower. I recall most of my camping is done on the stairs leading up to the tower. Everywhere else is just too cramped and you could get a lot of adds on you if not being careful.

The pull into the next room did not go according to plan. The character I’ve been dual boxing and using as the tank and puller did not survive. Thankfully I was able to keep my cleric alive. I would be doing the run back to revive otherwise. Up those stairs has a teleporter that people use to try and train and get to it. I would lead into the area many referred to as the bees. Many also failed to get there and they suddenly after training that section of the area ask for a revival along with buffs.

While we were not farming there this trip. The bee area has a lot better experience. I use to have some friends that would go in there to solo while grinding AA (Advanced Ability) points. I would sometimes come along to heal and drop some cleric nukes. 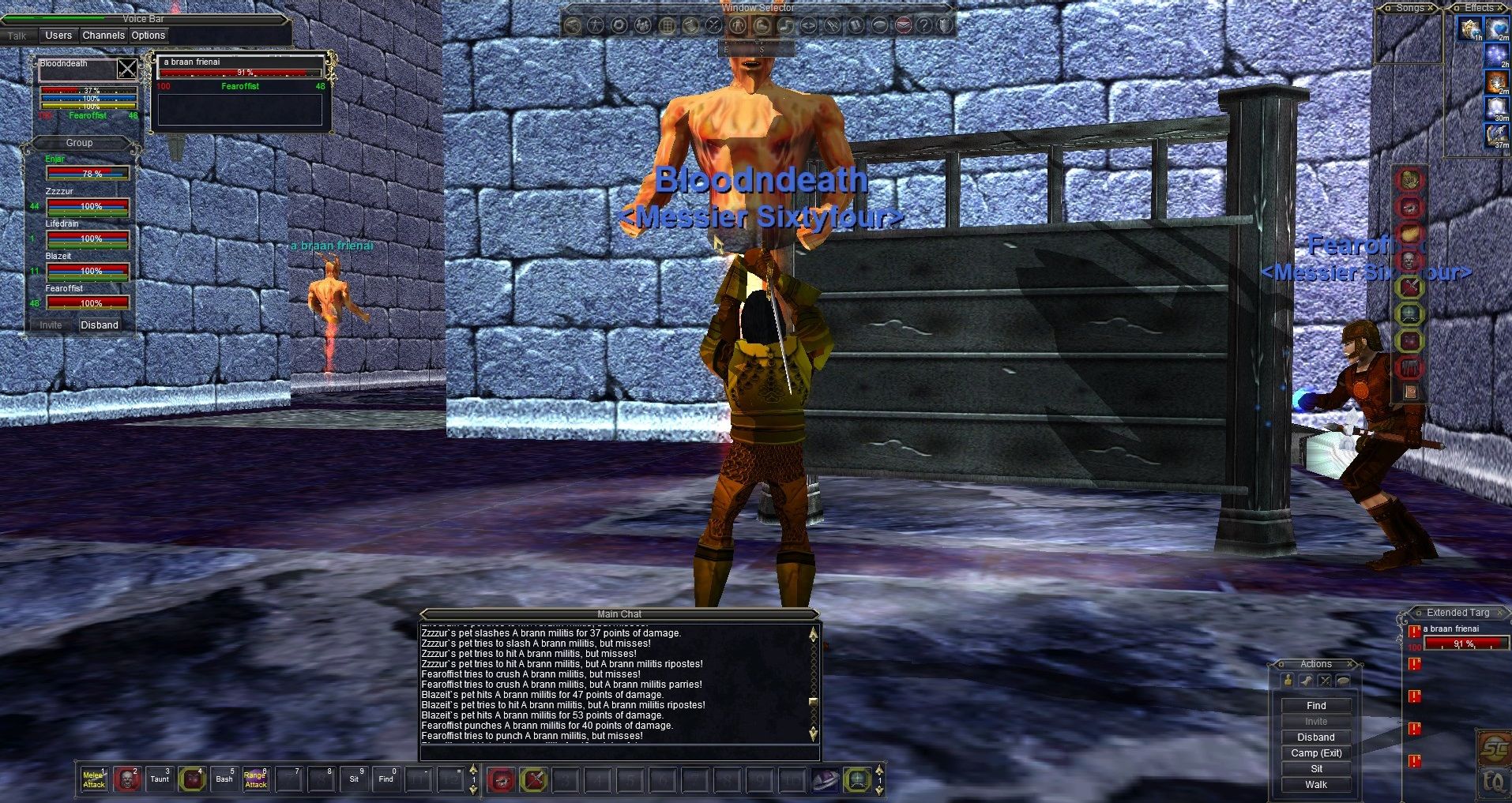 There are a few other rooms in an area that loops back to the main fire tower section. This is however quite a small area compared to the earth tower. It is however not the smallest of the four. The smallest of the four towers would have to be air. It is a multilayered area where you pass through what looks like high voltage energy grids. Back in the day if things were crowded here you would have people camping on each floor. Those stuck at the bottom had a lot of AFK breaks as there was not much to clear. The next floor up mostly has this main area to clear things out of. Then you have the passage you took once you got there, the left passage that takes you back down or you can go straight ahead and go up one more floor. The final floor up is just one giant area. There was also a harder named that checks and is listed as a “raid” target. Perhaps it is the gear we have nowadays. It was an easy takedown. Granted I recall killing them back in the day as well. They are just a bit harder than normal named.

Naturally, one of the people boxing, when we got up here, miskicked auto walk. Moving them ahead of the tank and putting the group in a fun seat of your chair moment. Thankfully we survived as trying to get the cleric up there to heal in time before respawns was doubtful.

Like all the towers there was a way to get into the bee area as well. It was that red high-voltage-looking stuff in the back. Many people often get surprised when they run through it and find themselves not at the bottom of the tower!

You now might also understand why people choose to train through the fire tower instead of the other ones. That is kind of a lot to get through unless the zone is quite active and you have people clearing out all the areas. Finally, you have the ice tower. If I was not on earth I was usually here. There is a fair amount more room in here than air or fire. You would usually be in a group that would circle the area clearing as you went. Not the best place if you just want to sit in one area all night and let the tank and puller do most of the work. Outside of the main room and some other spots. Ice tower has a lot of small areas to clear out as you go. It moves around in a loop of sorts.

During our many adventures here we looted a few different items. Including molds and patterns for armor. I can recall back in the day people fighting over this stuff. I don’t quite recall everything else needed to craft or turn in for whatever the gear was. 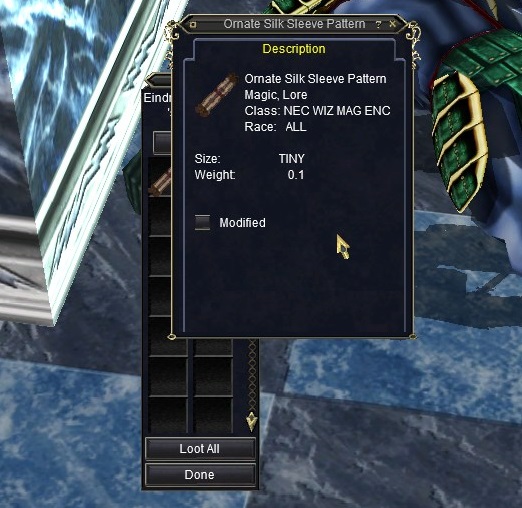 While we did end up holding onto anything we looted for now. I suspect we have better gear on as it is. It will be something I’ll look up before we head out to another area. Overall quite a fun zone that made it easy to get to different sections by having them all connect in the middle. We would end up doing a few grinding sessions for experience here before deciding to move to another zone.

At the end of each session, we would all camp out in the area seen in the cover image of this post. It was a little offshoot safe for forming groups, raids, or just afking in. Sadly far too many people never used it for that they always went afk right in the graveyard at zone in getting killed by any passing train.

We would also send someone down to check the AFK spot if the group needed spots to fill. It was often a great way to meet new people and leave some messages hoping a class you needed got back from AFKing soon so you could fill the group. Nowadays it is quite empty.