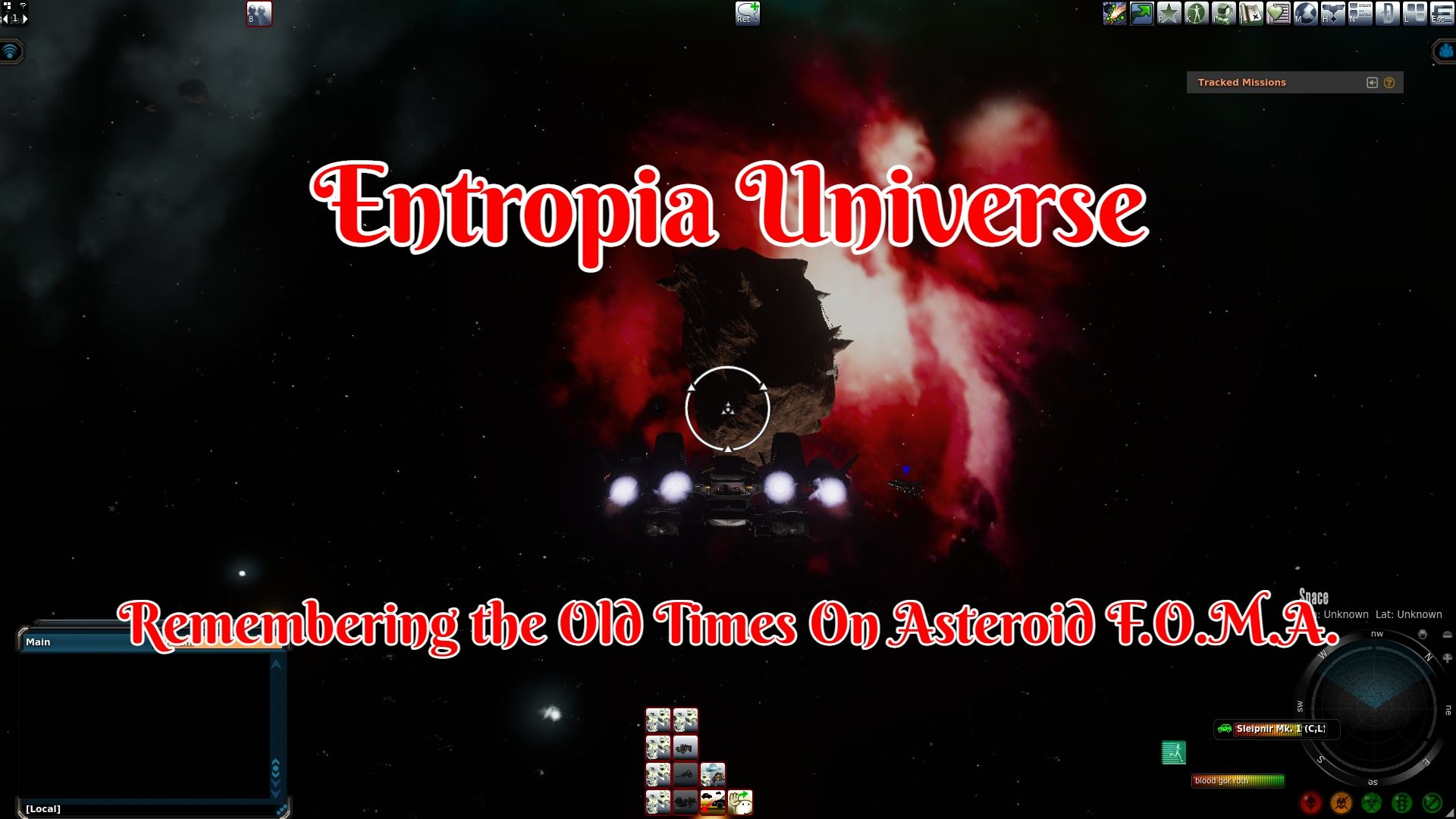 It might not look like much but the place sure lived up to its FOMA name back in the day. For a short while, I have even spent some time up there. This time around I would be just visiting and not dropping a single probe mining.

In Entropia Universe, F.O.M.A. has had quite an insane past. Back in the day before my time, people thought it was crazy that a guy named Neverdie bought it for $100k. He would later part it off into chunks for over $600k setting another record and moving up from being an asteroid owner to an entire planet called Rocktropia.

Mining works a little differently on F.O.M.A than normal. Your mining search area is dramatically reduced. While you do have a much lower chance of finding something per probe drop each find if you do find anything tends to be much larger. 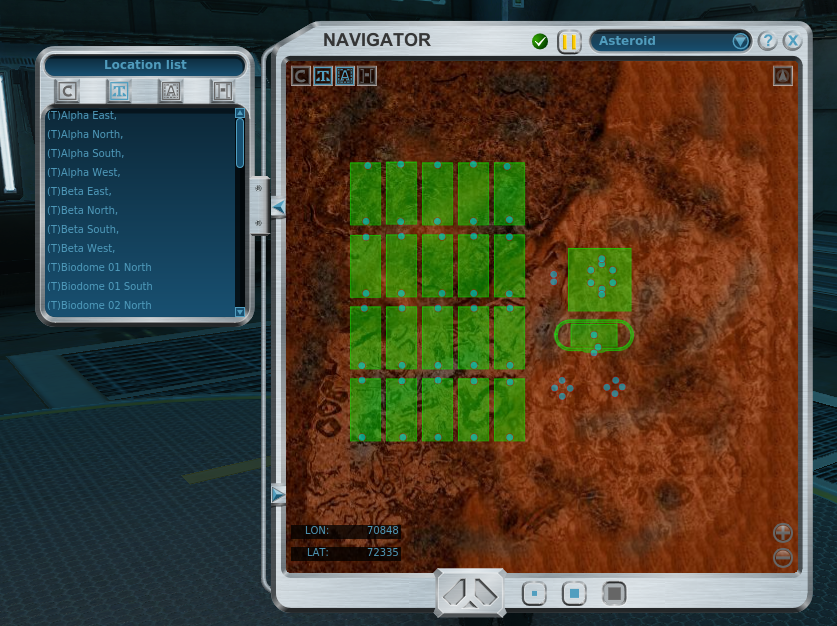 The entire place is made up of different domes. Each dome has its own set of ore or EnMatter that can be found while mining in that dome. While it can be a great place to try and target find a certain material that is often not the reason people go to mine there.

While quite a few of the domes are empty of creatures making them perfect for mining. There are or were a few domes dedicated to hunting as well that use to have some of the only spawns of the biggest things you use to be able to hunt back in the day. Resources also spawn differently on F.O.M.A than elsewhere. Since it is quite a packed area they respawn much quicker. However with the lower chance of finding something you are never quite certain if someone had mined there or if you are just having some bad luck.

In the past, I had made several trips to try my hand at mining there. I remember sometimes I would drop 10 or more probes and not find a single claim. That however was not my worst streak I think I once went 30 or 40 searches without hitting a single thing. This place also has a main dome in it. Every half an hour or so I don’t quite recall when. All the people mining up there would rush to the main dome and start mining the place out. It was quite known for having some massive finds in it.

While I did go down there to see if it had any mining tower claims. There was not even a single mining claim. A mining tower claim is not something that can be fully mined out right away. Some take weeks or even months to slowly collect all the resources of it by extracting a certain limit each day. This is to keep markets from crashing when someone finds something massive. 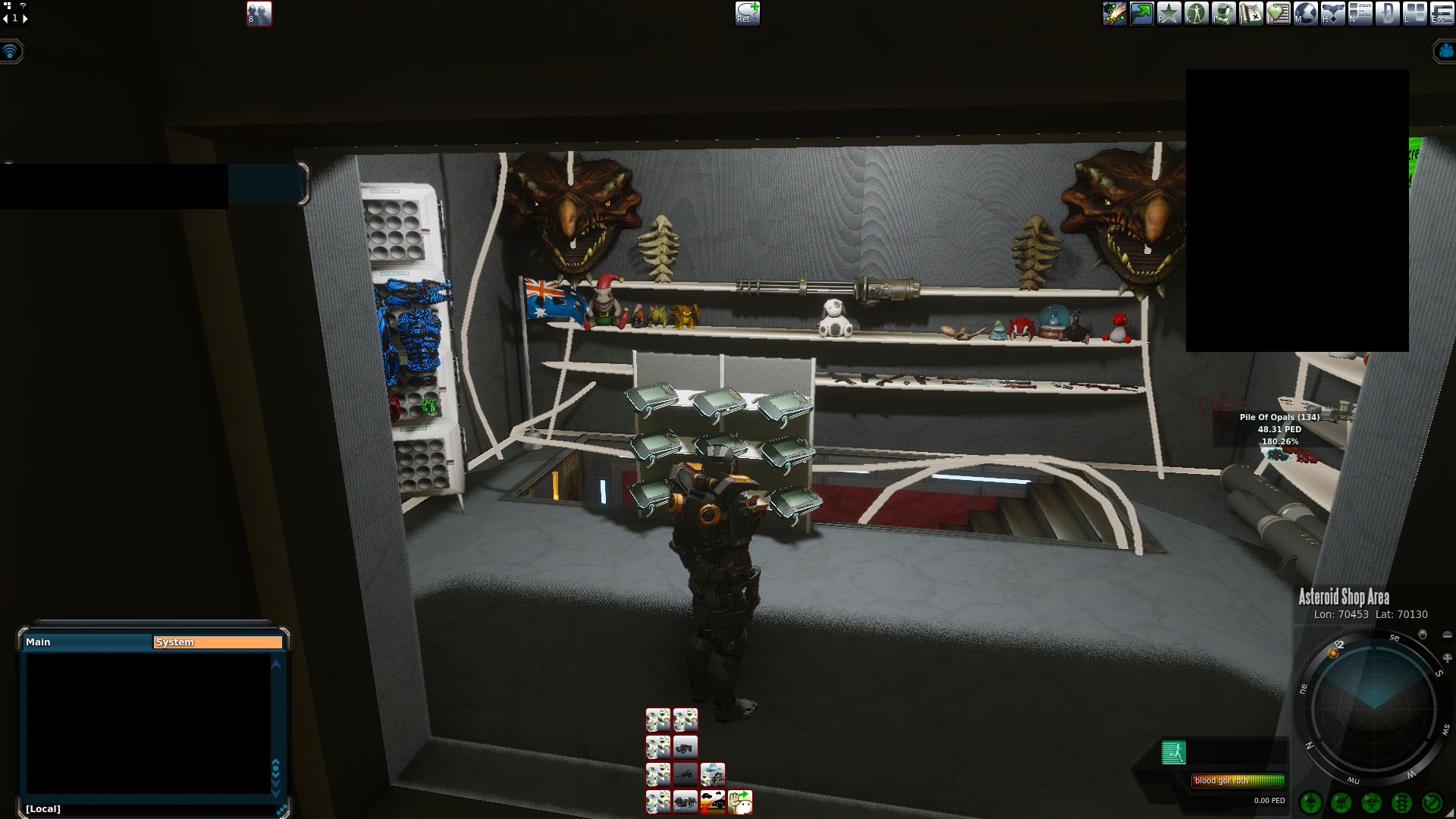 My main reason this time around to even be here was to check out the forgotten and mostly empty shops. While most of them are dedicated to selling mining equipment and usually amplifiers. There were some armor and other shops as well.

I of course did not find what I was looking for. Most of the places were quite picked over. I don’t think even a single-player was active up there at a time. For the reputation and insane ongoings, this place use to have it’s quite silent nowadays.

Back in the day I once had such an amazing month I wanted to check off my buck list doing a mining amp run on F.O.M.A. It was not just any amps either they were level 13s. They had insane markup on them as they are pricy to even craft and very few make let alone buy them. I naturally bought 9 of them.

Each one of those level 13 amps only lasts for 17 uses. As you can imagen you more or less need to have multiple finds per amp to just try and break even. I don’t even think I had 8 total claims once they were all depleted.

It was a massive disaster. I knew it was quite a stupid thing to do. I however wanted to go big or go home and I went home more or less broke. I then went back to one of my mining spots on a different planet and my back lucked chased me all the way there for whatever reason.

I still keep my level 13 spent amplifiers in my storage. While they have zero value left I keep them around along with a lot of other things as a reminder of some crazy times. Also as a reminder to not do something that stupid again. I also would never recommend it.

While it was fun to quickly run around there and check out some things. I quietly left without dropping a single probe searching for ore. I can think of much better places to go mining anyways.