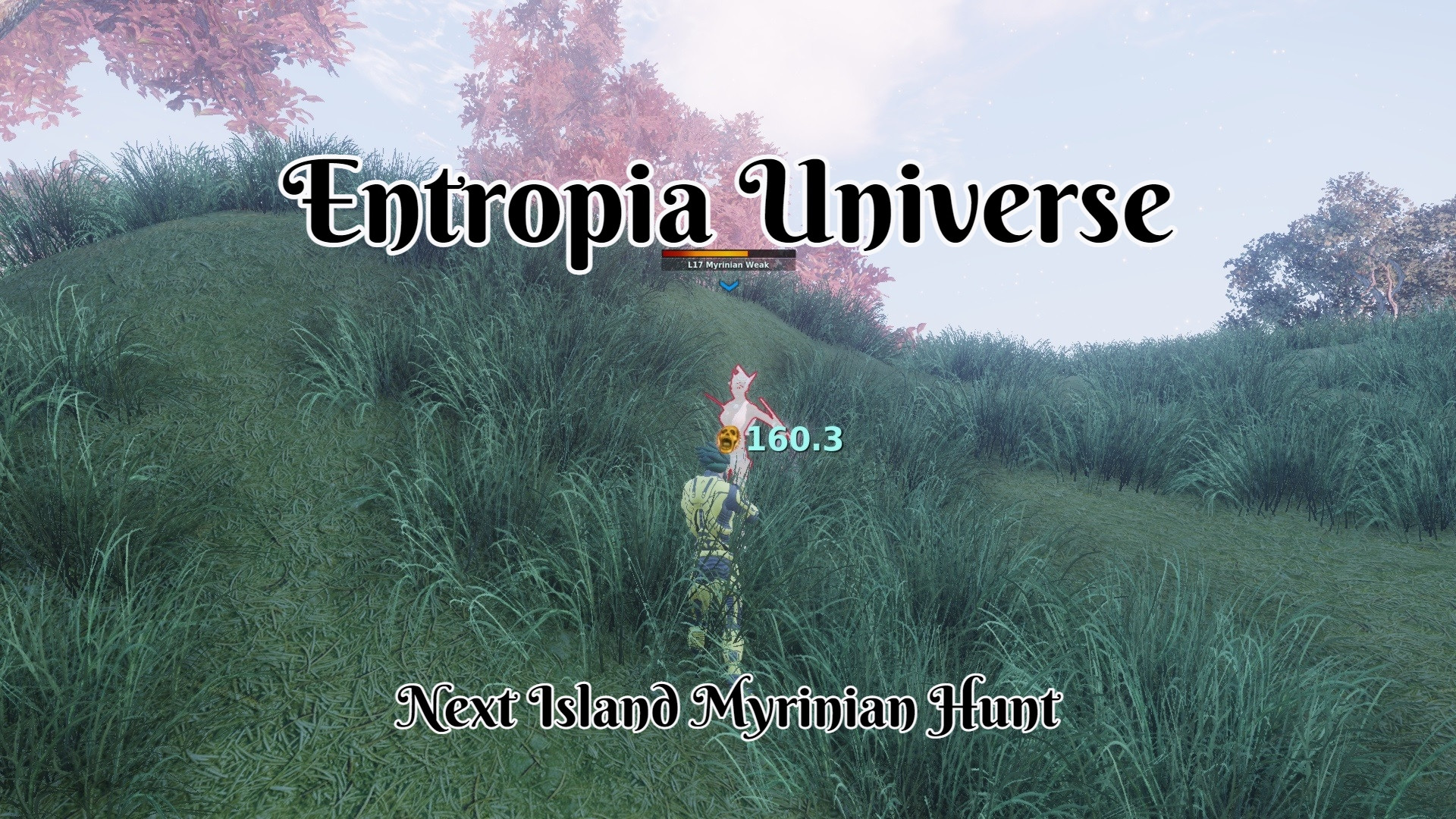 During my stay on Next Island, I went on quite a few different hunts. This just happens to be one of them where I wanted to work on my codex a bit for a creature called Myrinian. This post ends up wandering a bit all over the place while I hunt these. This is usually how I approach this game anyways.

Interestingly enough these look more like a creature you would only find in Ancient Greece. While you can find them over there as well if I’m not mistaken. I ended up finding a decent spot on Next Island.

I’ll be hunting mostly the lower level levels ones that range from 990 to 1100 health. This hunt in part came about as I was looking for something to hunt in the 1k health range. These things ended up fitting perfectly into that category.

These were quite easy to hunt just in my normal Adjusted Pixie with 2A plating. Along with an ArMatrix LR-35 (L) weapon. While I did need to do a little healing now and again it was not that bad unless I got some adds on me. I only ended up getting killed once during this entire hunt.

One other thing that drew me into wanting to hunt them for a bit is they can drop a west of armor called Warmonger. It however appears to be quite a rare drop as I did not get any during my hunt. It would be a bit of an improvement over my Gremlin armor in terms of Stab, cut, and impact which I find myself wanting something slightly better. 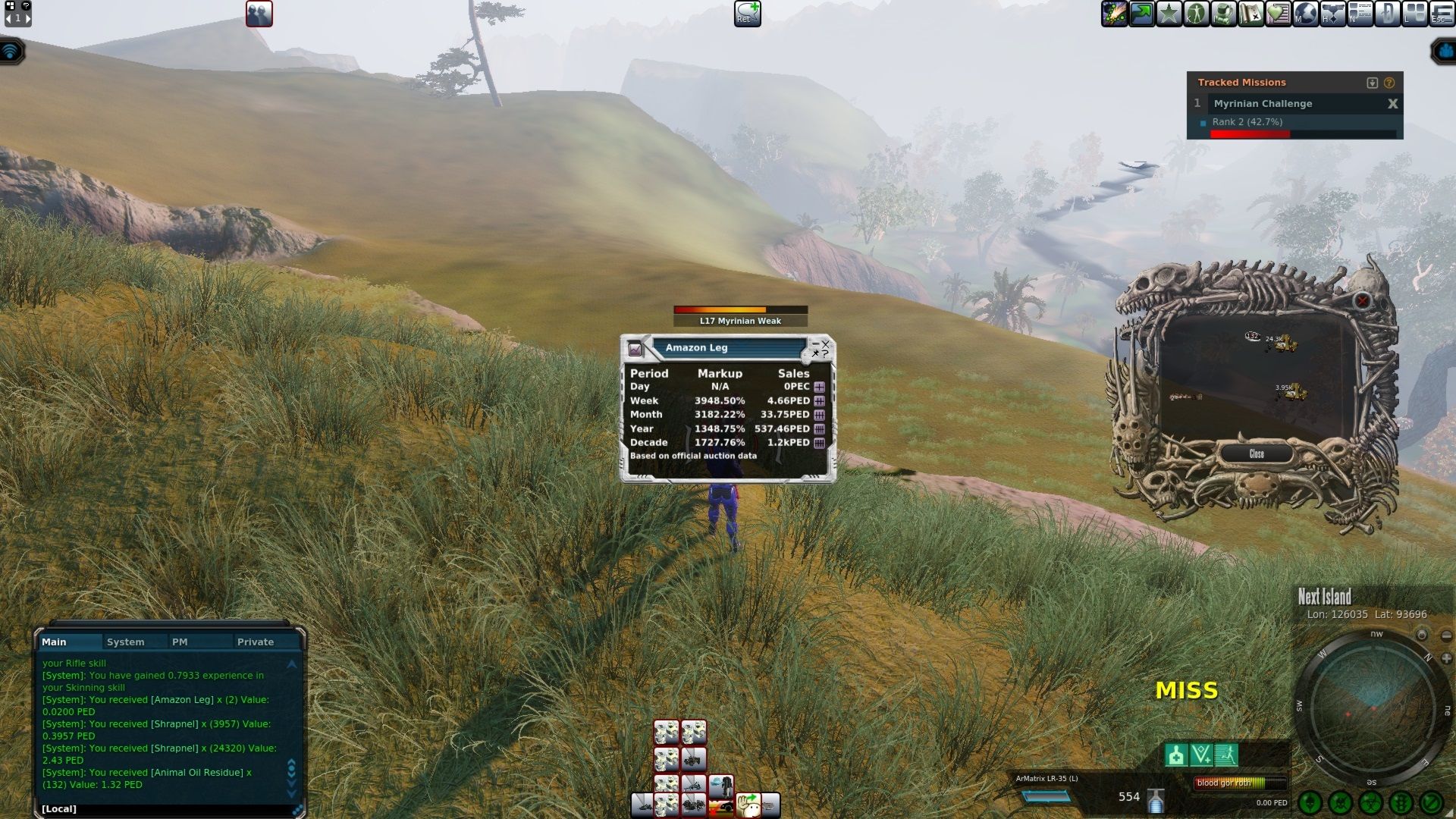 One of the fun parts of randomly picking something to hunt is checking out what kind of loot you can expect to get during a normal run. I ended up looting up a couple of Amazon Legs which have some amazing markup on them. Each one however only has a base value of 0.01 PED which explains the markup being asked for.

Beyond that, the loot I got during my run was nothing else noteworthy.

Game knowledge is quite an important thing in a game like Entropia Universe. It’s not good enough just to have an idea that a creature can drop something. You need a deeper understanding of what kind of drop rate you can expect, where to hunt that creature, and any other trends you can discover along the way.

While I did not get any globals on this run I did notice some interesting patterns. I managed to loot a couple of times at 10 PED or there about in loot from a single kill a couple of times. While that all on its own is not great. For it being a 1k health creature that goes a long way to covering costs and tipping the scales to being ahead on the run. 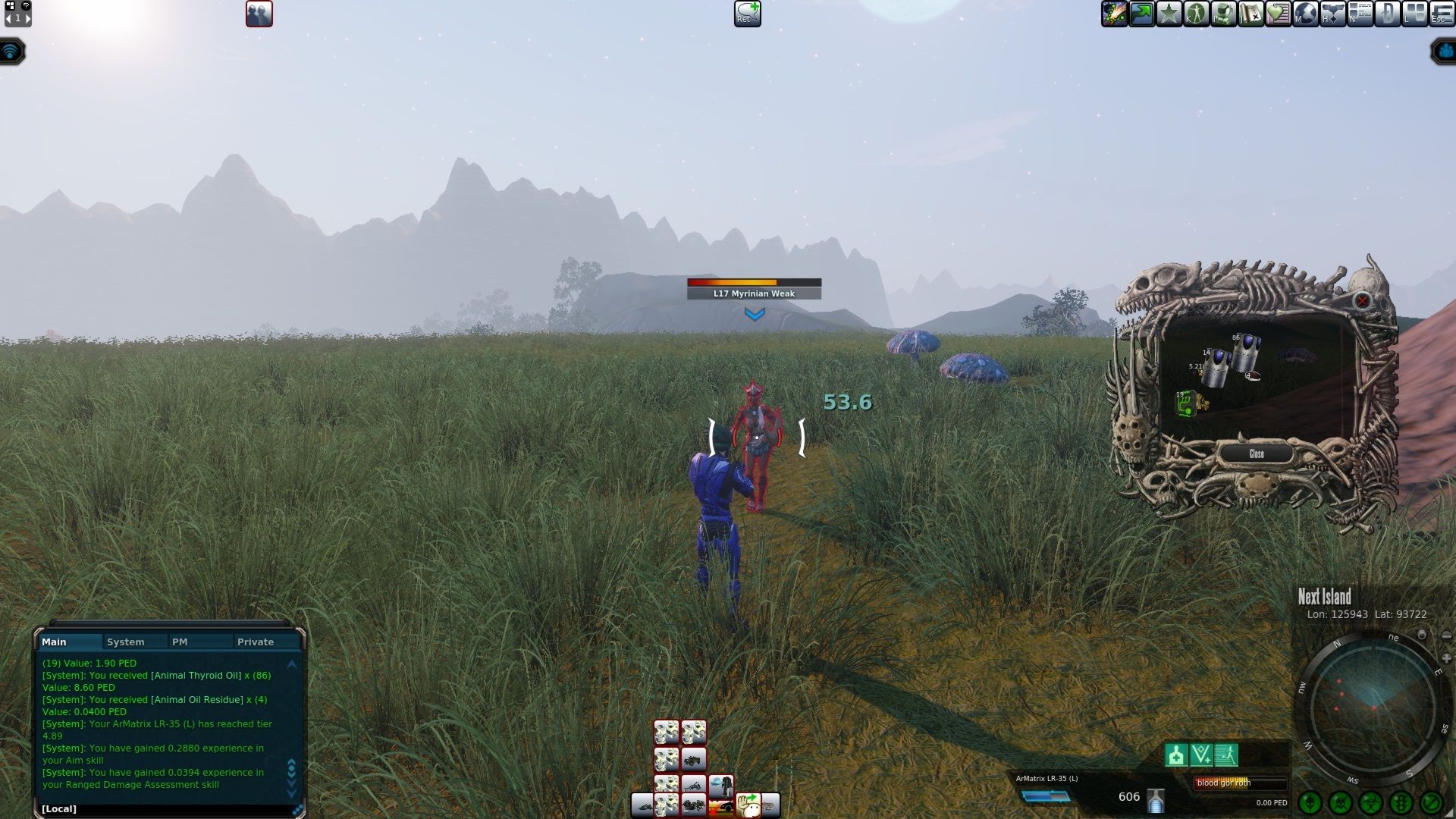 There are still a lot of things I don’t fully understand about Entropia Universe regarding loot theory. While I have been on Next Island I have been field testing a couple of different theories and seeing where they take me. You might notice in a couple of my posts I might slightly mention a thing or two that I’m testing.

This time around instead of just hunting a spot I found the first Myrinian at. I killed a couple of them in different locations before moving on to the next. I ended up settling in this area since I kept finding some decent loots.

There were areas I was testing that had such poor drops compared to my cost per kill that I’m rather glad I moved on from. In the past, I might not have paid much attention to that. Granted on a planet like Next Island with quantity drops you can get off a single kill. That makes it a bit harder.

It was also quite interesting in certain areas I was not looting a single Amazing Leg. While in areas with this hunt being broken down into different sections I found the bulk of them. Granted without having two people both hunting at the same time in those areas I can’t conclude for certain one way or another. It was just an interesting find. Something I’ve noticed when I start paying a lot more attention to a certain item drop while hunting different creatures in Entropia Universe in general. I would not consider this area itself to be my ideal location. The terrain has quite a few hills, slopes, and other objects in it that make it more effort to move around. While it was amazing to look at. During my late at-night hunts thinking is something I’d rather not have to do much of.

Overall I ended up reaching my goal of getting the codex ranked up a little. This ended up not being one I decided I would grind to higher levels at least for now. In part, I’m grinding codex for progression towards meta attribute challenge. 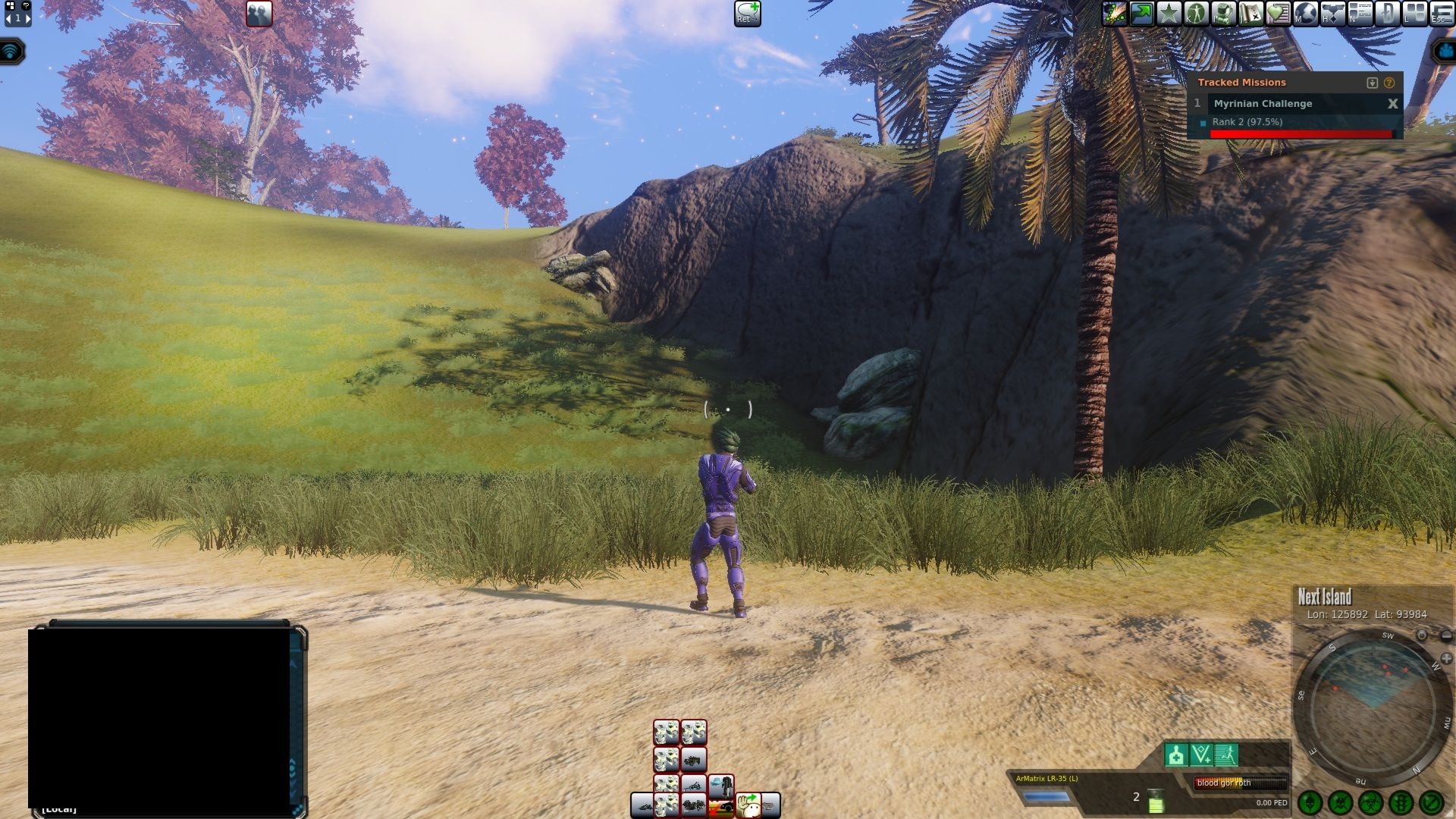 While it would be cool to keep trying to grind these for armor drops. Based on how rare they appear to be and me not having the best luck at getting those kinds of drops. I felt it was best to move on to other endeavors I have while on Next Island.

The good news is I ended up slightly on the hunt overall. I got a little bit of skill gain which I’m after for a few things. Shortly after this hunt, I even gained another health point. Which is something I was looking to gain a lot more of this year.