It was time to start working on a fleet. After all, if I’m going to be the boss and a billionaire I need others to be working for me. It will be a slow startup to get there with a modest mining fleet in the early days. While out exploring I found some space debris. It had two locks on it that made me think something important must be inside. It was however not a very stable container as it was spinning with a decent amount of speed.

I got as close as I was willing to get with my spaceship. When you are the kind of person to ram docking stations and bump into asteroids. I was not interested in having a new hood ornament as yellow clashes with this rust bucket too much.

I managed to shoot one of the locks right off the thing. My hands were a bit too shaky and I ended up missing the second lock a couple of times. In a blink of an eye, the container was gone. I must have been too close my ship also took some damage.

I ended up flying back to a station for some emergency repairs. It’s fine I only crashed dragging my left wing of the ship across the entire docking portion of the station. They told me they could get those dents out with a hammer.

I slipped the watchman on guard some crystals. Thankfully his annoying space manager was on break running after some beggars on the station or something. No one has the foggiest clue who caused 14 million credits in damage. What would you know the cameras stopped working at the exact moment someone matching my description attempted to land.

After a little paint touchup of the ship, I headed back out. I wanted to see if I could find more asteroids to go crystal mining at. The miner I had hired was out doing his own thing. I love it when a worker needs zero micromanagement. Not long after I found another lockbox. It was like the universe was trying to give me a signal about something another. I managed this time to shoot off two of the locks. I’m not sure what happened to the other six locks. I did end up missing a couple of times.

I ended up blacking out for a while or did I? I have no idea. I just know when I woke up again I was back at the station. Oddly enough the mining ship I told to go mine in the area was acting like I did not give him the orders to do so. I guess so much for not needing to micromanage the crew. I told him to get out there and don’t come back without making me rich. Not wanting to do any heavy labor myself. I left the single mining ship off to do its thing for what must have been days if not at least a few hours. He ended up making me some decent profits. Why just have one when you can have two was my line of thinking when we had enough to get another. 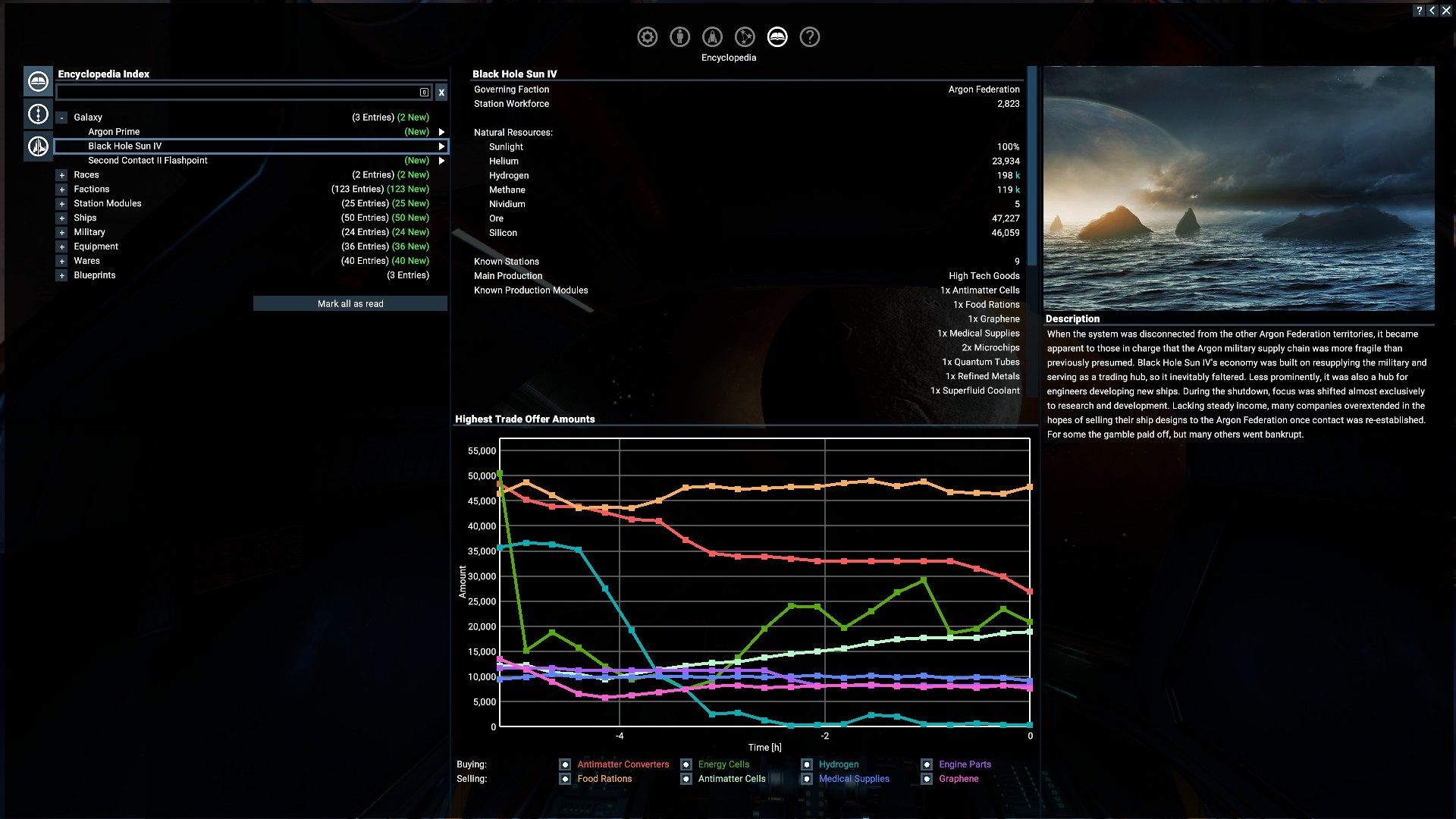 Instead of being a lazy captain and getting some shut-eye. I decide to do some research. I found some detailed information sheets about the economy, factions, and a bunch of empire management-looking stuff.

Being able to see what kind of supply and demand items have in different systems is going to come in handy later. When I’m looking to exploit economic shortfalls. Those shortfalls were no fault of my own. I would NEVER get in bed with pirates and have them blow up manufacturing stations.

No sir. You get a negative reputation for doing such crimes in your neighborhood. I’ll be needing the police on my side when I have massive mining fleets devouring entire asteroid belts and ripping this solar system off for every single credit I can find.

Economic sabotage sounds like something to do in the future. When I have massive fleets of combat ships and we don’t get wiped out trying to attack a station. I mean what space station? I never lost a large fleet failing to attack one of those. 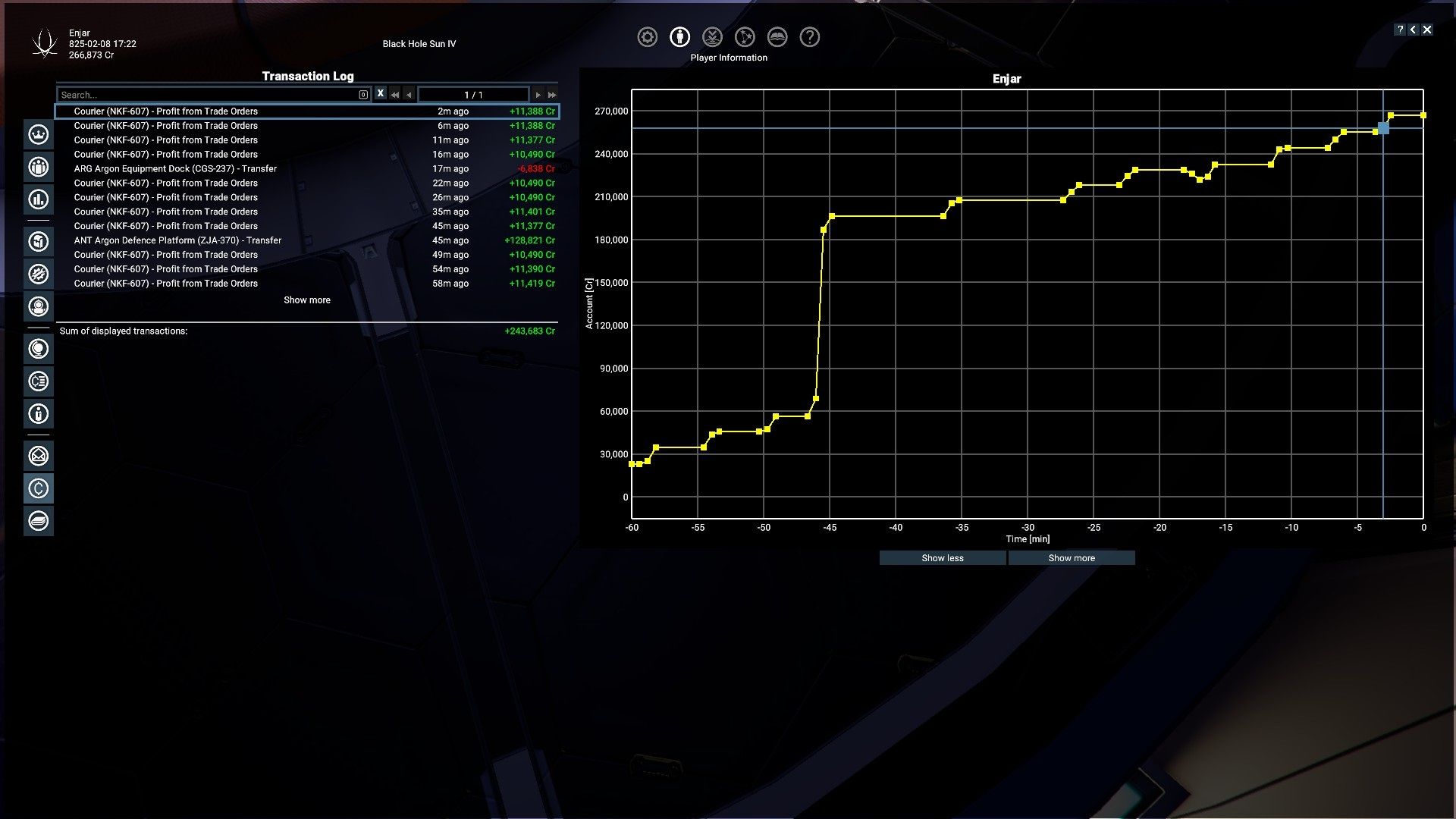 Over time my credits would slowly grow. I decided this whole piloting my own ship thing was just not working out for me. I ended up hiring a pilot for my ship. I would then just fly around the universe giving orders like I had a clue what I was doing. I still don’t to this day.

I did end up building myself up a little fleet. It was not as full of miners as I was hoping. Some of them had a run-in with a gang of pirates in the area. The local police must have been on break looking for space donuts or something. I started sending my ships out in search patterns to slowly start uncovering different systems. I was mostly looking for trading data regarding different space stations. It would also be helpful to learn what each type of station was looking to buy and sell.

Along the way, a lot more of the asteroid belt ended up getting uncovered. While the mining rate did not seem that great. There is at least a lot of it here. At least this would fit my needs for a short while. 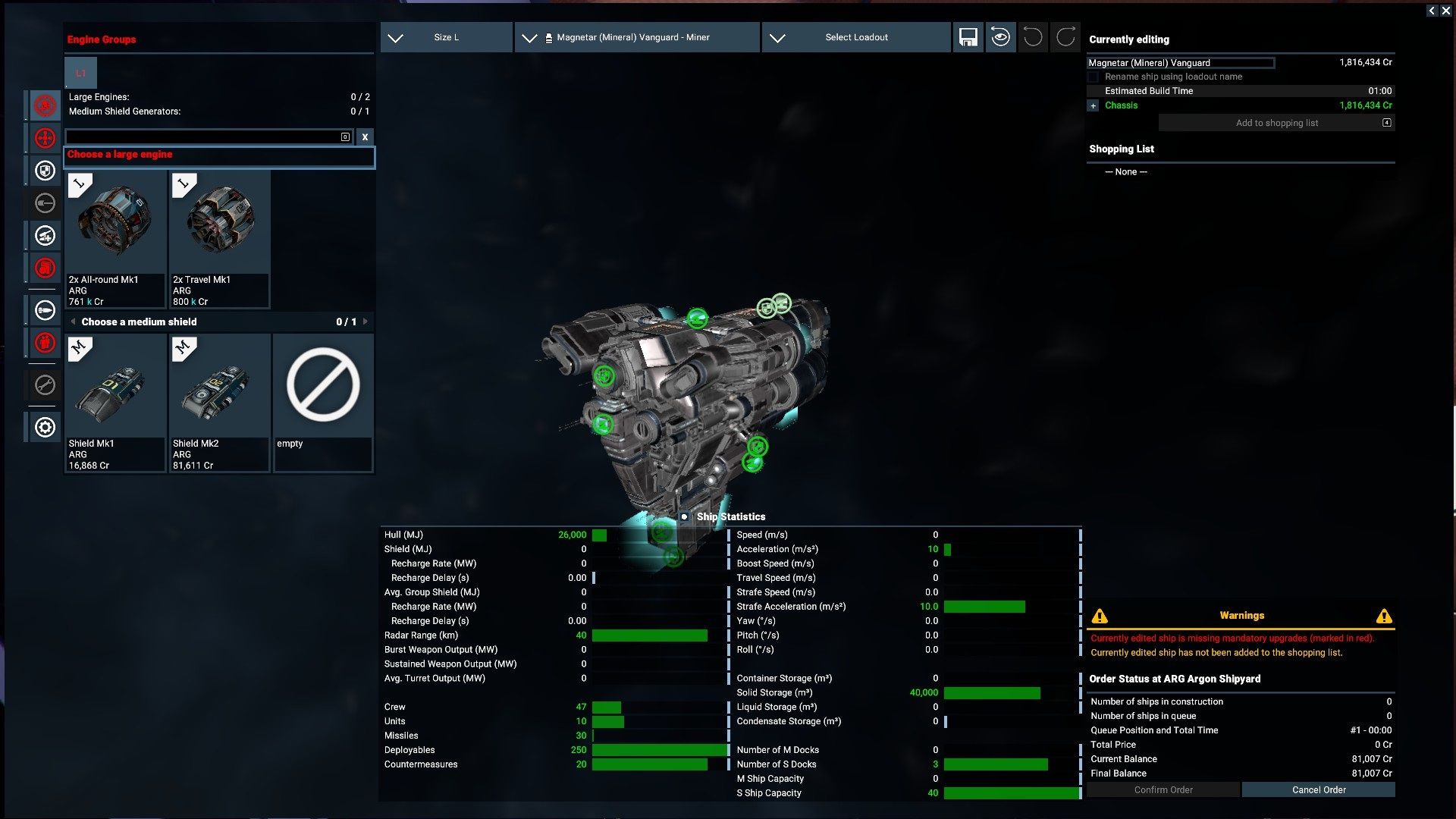 While I did not have the money I was already drolling over large mining ships. Almost 2 million credits without any fittings. A dream for another day as there was no way I could bluff my way into owning one with just 81k credits myself.

I could have gone out mining for more crystals to help speed up my credit gains to buy more ships. I thought what was the point of being the boss if I had to get my hands that dirty again with crystals. I let the mining fleet slowly accumulate credits for a while on auto pilot without me. 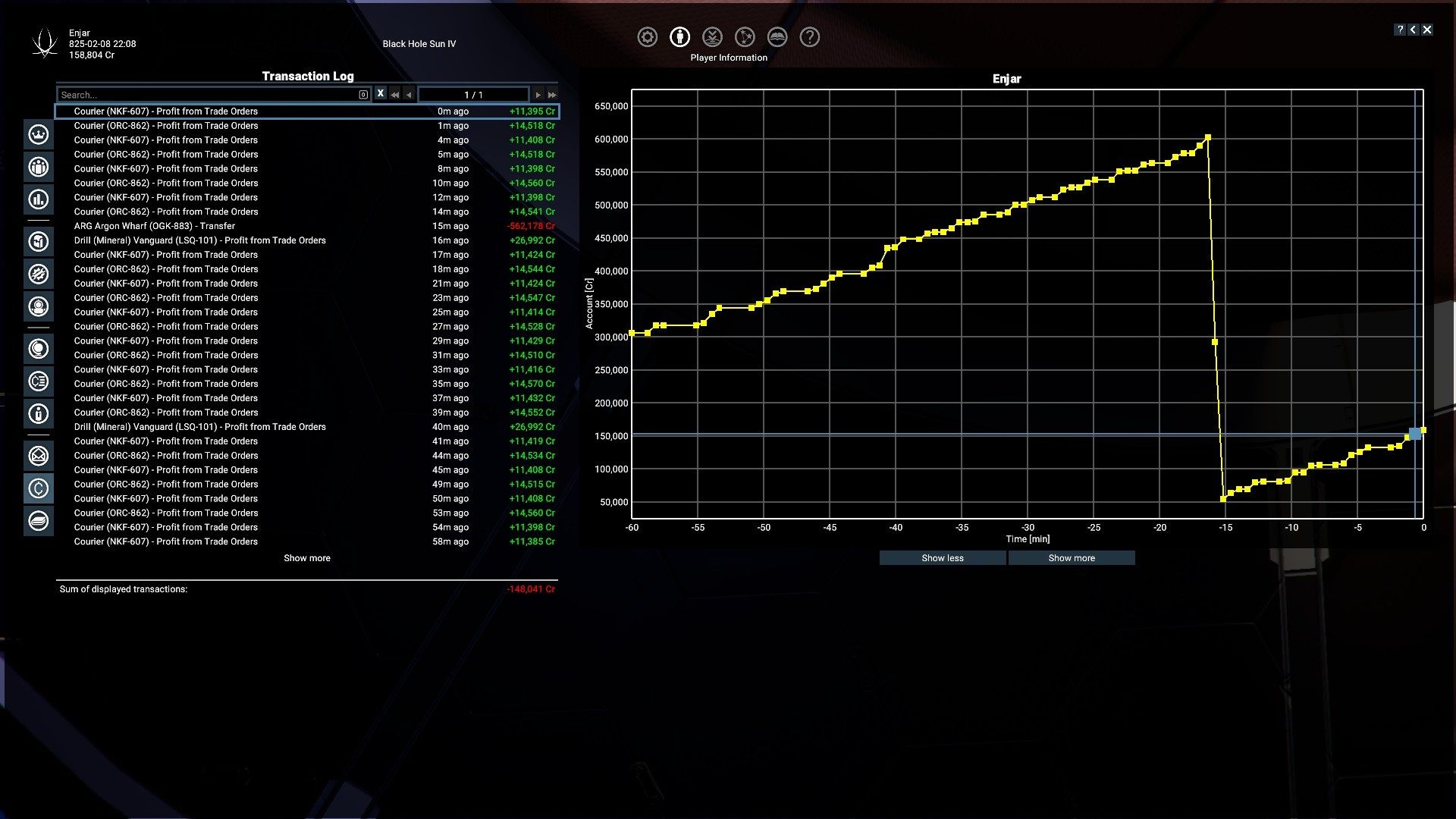 It ended up being a rather relaxing time. Other than losing a mining ship since they decide to try and handle the situation themselves while waiting for the police that never showed up. It would take a little while to build up the funds needed to expand my empire. For a while, I would need to play along with the locals and not cause trouble.