I’ve been on the hunt for a while now to find a decent and fun space game that I can sink my teeth into for quite some time. I’ve been sitting on X4 Foundation for a while now after picking it up for sale well over a year ago. I was waiting for that perfect moment to jump into it.

I’ve always been told the X series of space games by Egosoft is supposed to be the gold standard or some nonsense of what a space game should be. I frankly yet again just don’t see it with game-breaking bugs that have been around since when the game was released.

If I can break your game following a tutorial that is an issue. Even more so when I go to research said bug and I find posts dating back to the year the game was released. That is just sloppy work. Even more so when my only option is to start the tutorial over again hoping for better luck.

This is not the first time I’ve had issues with an X space game. I waited years before giving X Rebirth a chance since it was so badly broken when they released. Along with the fact it was not an insane space universe as their claims about it. Which lead to me writing X Rebirth In 2019 Still A Broken Disappointment after the developers swore they had fixed it.

As far as playing any older X series of games I frankly can’t stand those kinds of controls of trying to fly the ship around. Not to mention with how old those games are if you can even get them to work they come with their host of issues playing them on more modern technology.

I expect an amazing space game to have quite the learning curve. I also expect it to not overcomplicate things and make it unusually difficult to learn when you don’t need to. This is why I thought it would be best to give X Foundation tutorial a run.

As someone who has enjoyed a few space games over the years: Eve Online, No Man’s Sky, Elite Dangerous, Space Engineers, and quite a few others. There is one thing I hope such a game can get right. That is not overcomplicating space travel.

No, you should not have to learn 100 keyboard shortcuts just to be able to move a spaceship. Also, you should not be trying to teach every single one of them during a tutorial. The controls should be basic enough that you only need to use a couple of keys to move along. Anything beyond that should be for “advanced” players who want to take things up a notch flying.

Sadly X4 Foundation sat there spewing out hotkey after hotkey after hotkey you had to press to move the most basic of distances. After playing around with it a little bit I at least could get the hang of only needing to do a couple of things to get around. They way over-complicated the matter for someone starting in their game. 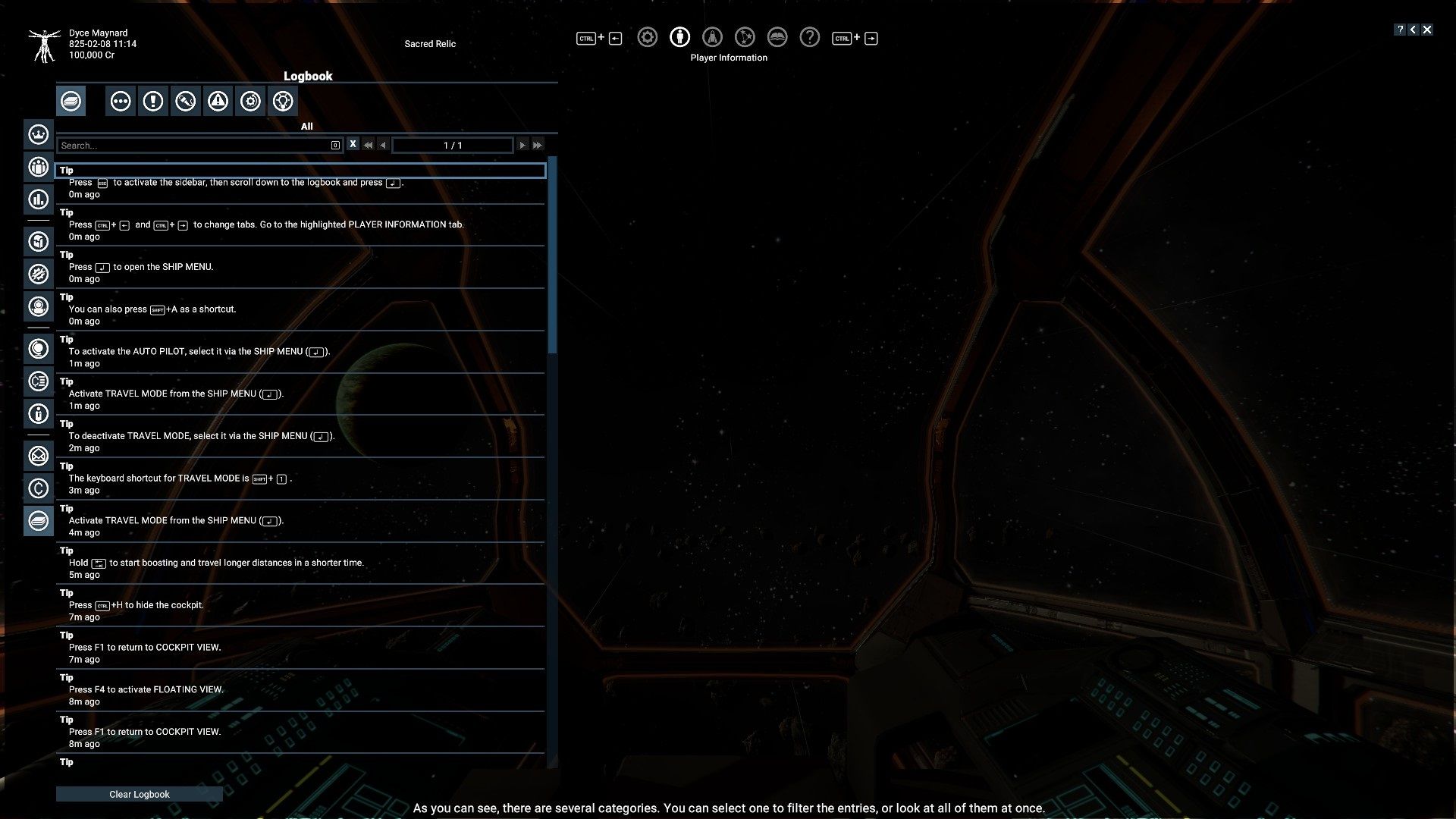 The only good thing is they at least gave you a “log book” if you can even find your way back to it as a new player. Where you can see the laundry list of hotkeys to press to do different things. What you see was just a fraction of the keys they were popping up on my screen to use. The logbook scrolls on for quite some time.

After some trial and error, I end up getting myself out of the docking bay. There are quite a few games were doing such a basic thing the first time can be a bit of a struggle. I get that part of space games. This was on its level though. At least I got that far along.

After that was some basic shooting practice. Where you guessed it the game tossed even more hotkeys at you like they are going out of style. Thank goodness there are so many keys on a keyboard and once you start having to press SHIFT and other combinations just maybe a game should rethink its key design.

If that was not bad enough. They then add on top of everything needing to toggle between a freaking menu and switching ship options. At least there is an autopilot option. It was just insanity at this point that you have to go digging through menus to change ship modes.

All of this alone would have made me think I don’t think this game is going to be for me. While I don’t expect most games to have a basic movement system like Eve Online. There comes to a point where it’s just getting stupid.

I however was dead set on giving this game a chance. I wanted to finish this tutorial and a few others. This is supposed to be quite a deep game and love going on that kind of adventure. If that means being a bit frustrated up front which tends to be how many space games are. It could still be well worth it. I then got to a set of instructions regarding the space suit that failed to work. I saved the game and tried to re-log. What was supposed to happen is after I press the correct key was my space suit auto-corrects itself so I stop moving in all directions.

I manually messed around with it for a while trying to do it myself since it was not working. Since you can move in all directions and you have to zero out that movement it’s not something easy to do right away. Eventfully I believe I managed to do so. I was hoping by pressing the key that did not work and not having any movement that it would trigger the next part.

It did not. I looked up online if anyone else had this kind of bug. This game was released in late 2018. People are posting about this bug dating back to you guessed it 2018. I gave some of the suggestions a try with no success. 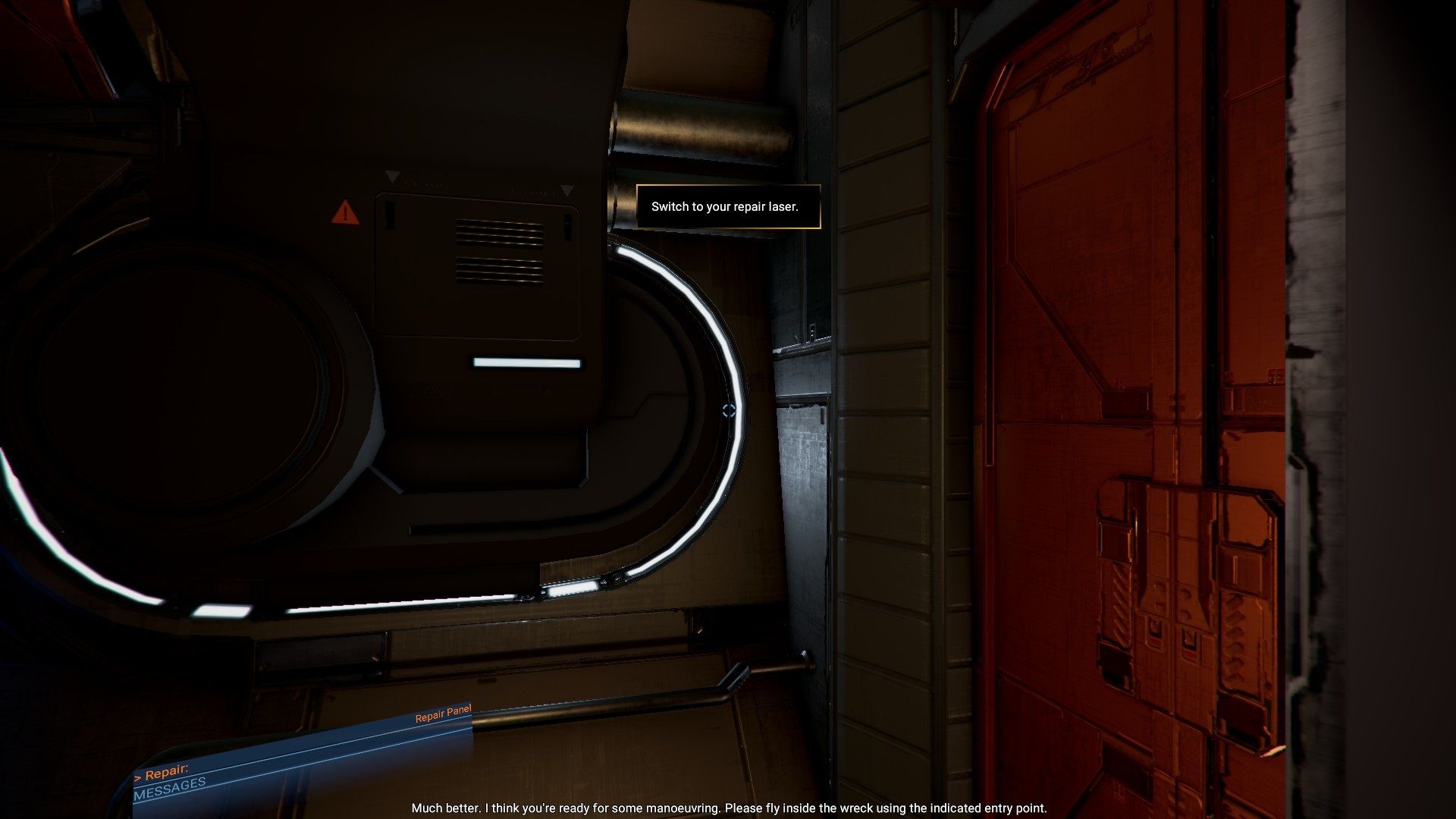 I eventually got the bright idea of seeing if I could re-enter my ship. That in theory might trigger the next stage or even skip me along depending on how the tutorial is programmed. I frankly did not mind if I was going to miss something just as long as I could move beyond this point.

Once inside it did progress along as I was hoping. Sadly I’m being asked to do something it won’t allow me to do on my ship. I also can’t exit my ship. I also can’t take control or do anything else. I have now fully broken the tutorial and if I want to advance I need to start over again. Strange they let me get on board but everything was disabled from there on. 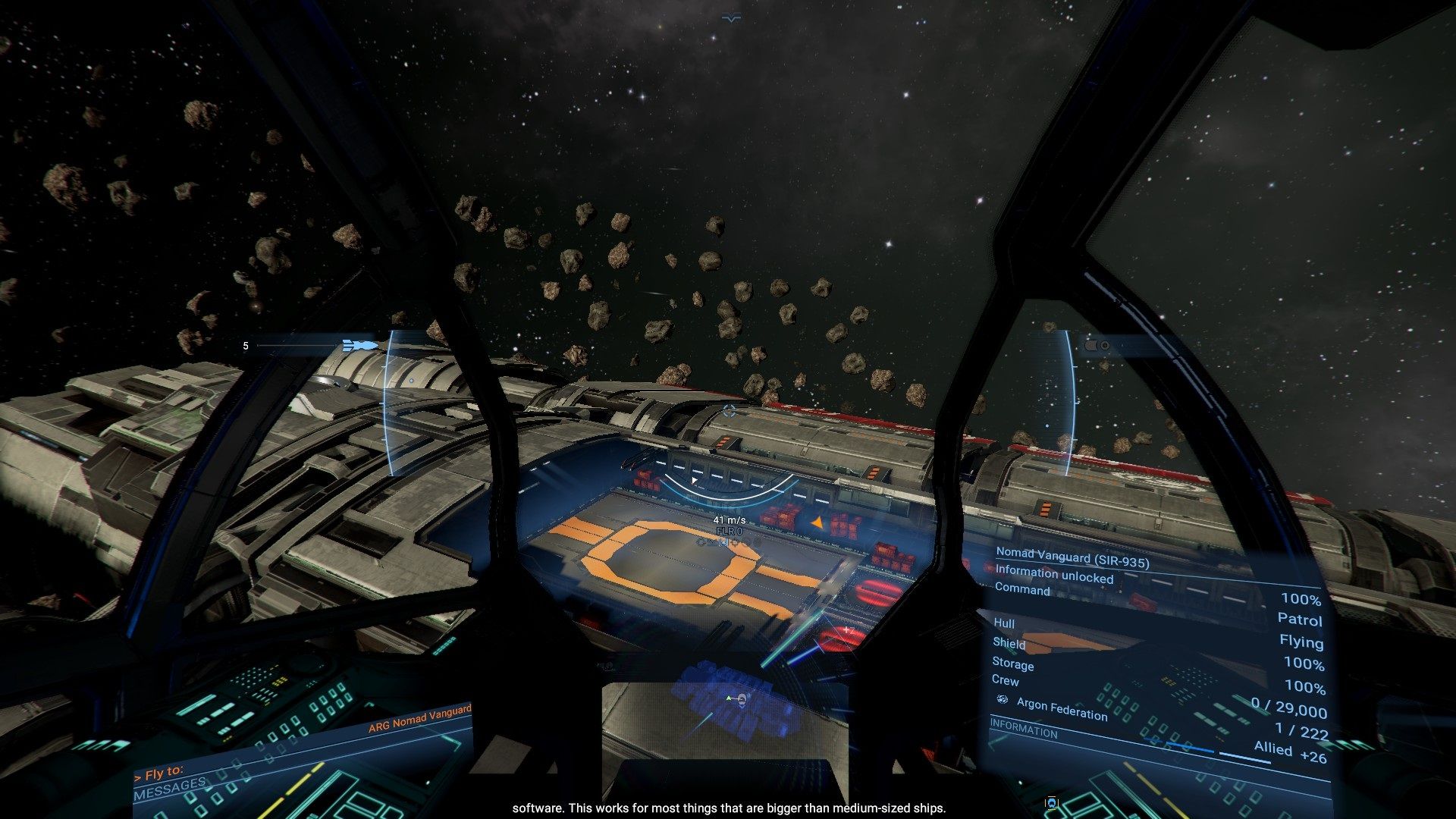 They have had years now to fix the most basic things about their game. The first interaction someone might have with playing your game should be bug-free. At the very least it should be free of anything that breaks it in a way the player can’t move forward. That is just something basic you would expect out of a game. Even more so since they have had since 2018 to fix it or re-fix it if it broke again.

Will I be giving it another try and even just not doing the tutorial if I can’t get past the broken part? Sure I want to enjoy this game if that is even possible. Unless things improve by quite a lot this will be the last time I buy anything from these developers as they seem to have a history of issues at this point.