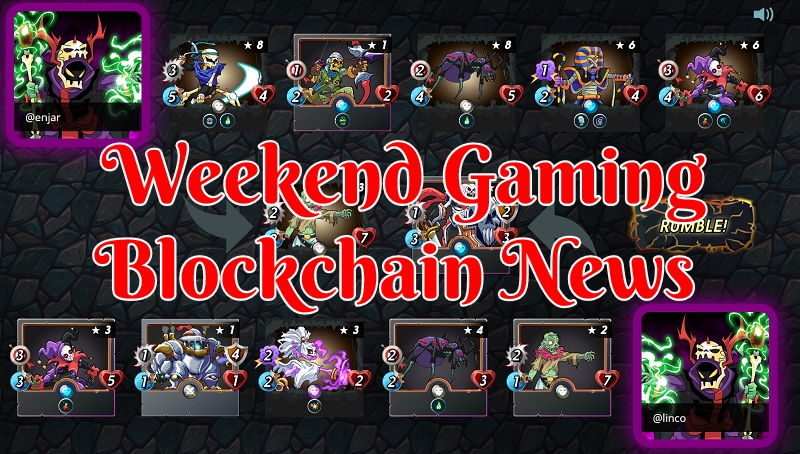 I’m Enjar the time-traveling cat from Messier 64 bringing you the news with what is going on in the Steem universe and beyond in cryptocurrency for gaming. It has been over a month since the last one and a lot has gone down. They just don’t halt producing those blocks now do they? No!

The gaming blockchain Enjin has launched on mainnet ETH after being in testing and development for quite some time. They aim to make it easier for game developers to be able to create and manage NFTs among other digital asset types in video games.

This, however, is not going be a free feature and at this time you are also not able to pay with cryptocurrency. There most basic plan is $29 a month gives you 500 API requests for one project. With the more expensive plan running at almost $100 per month for 5k API requests.

It will be interesting to see in the feature if they add in cryptocurrency payments along with more tiers to better meet a wider range of product lineups. While many projects at this time can stagger their API requires and deployment options. Once blockchain technology in gaming booms even their biggest plan may not meet their client’s demands.

I myself have played a game that used Enjin called Forgotten Artifacts. Their solution for NFT deployment was sending them out in massive blocks every time they had so many items in the queue. It will be interesting to see if Enjin is able to solve the Eth issue of higher gas costs during congested times and gamers having to wait hours or even longer just receive their items. That may or may not even be worth the cost of 1 gwei (ETH gas) for that item overall. 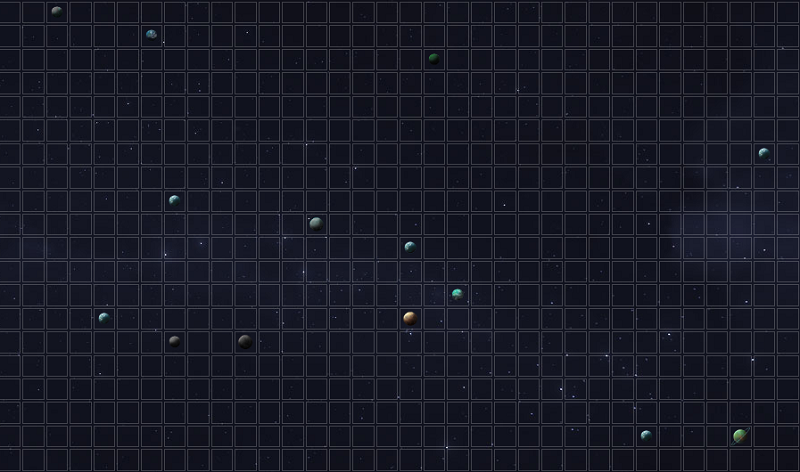 Nextcolony is celebrating their one year anniversary on the blockchain. Along with, launching their fourth season called Sodom and Gomorrah.

For players of this game, there is a celebration going on in the comment sections of their one year post on Steem. Many current and returning players are engaging and having a party. You can also for the next several weeks purchase at a discount a number of items in the Nextcolony shop as part of this celebration. Who knows, you might even get a prize for engaging in the comment section!

Sodom and Gomorrah is an event that aims to dispense reward to the top players in Nextcolony. This is usually involved around the Yamato ship. Where you can either gain points for destroying or upgrading it depending on what role you are playing in this game and the stage of gameplay you are at.

Congratulations on one year. It felt like it was only yesterday I was planning out in Excel the quickest route to unlock space exploration and finding my first planet. It will be great to see where this project heads to over the coming years.

It is fair to say there have been some rocky times over the past couple of weeks for Holybread. One thing they have attempted to maintain and uphold is a fair playing environment for their players. That is both something that can be admired even more so when they have chosen to pay out of pocket to set wrongs right.

Around two weeks ago they had a very tough trial by fire as you can say with how they would handle a situation for their young development team on Hive. While many gaming and even tech companies try and sweep things under the rug for years Holybread came forward that an exploit was used.

A player was able to acquire breadcrumbs in an exploitive nature. The result of this was Holybread re-issuing a new breadcrumb coin and the developers doing the best they could to make up for those that ended up buying the ill-gotten breadcrumbs.

Holybread also upheld a promise they made during beta that they would be going after bots and other evils that plague modern-day gaming. In an announcement they removed over 400 accounts that were caught botting. I for one am glad to see a game developer take a strong stance on the massive botting issue that many other developers have turned a blind eye to. While that a decent part of their “active” population they have sent a clear message their game is for real players and not the bots to enjoy. Long live the humans. 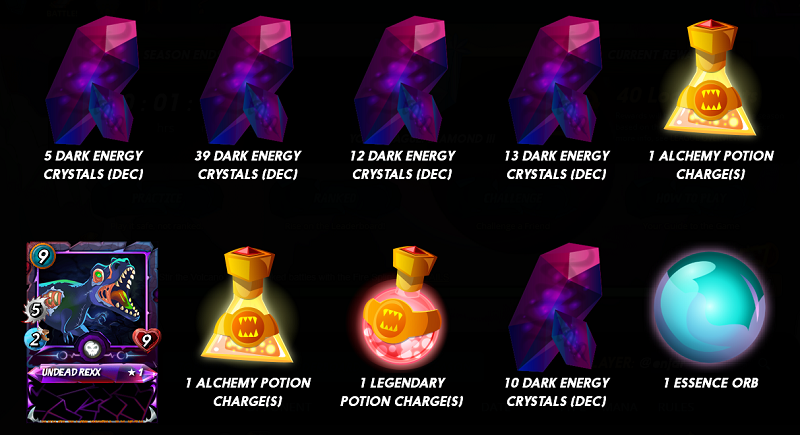 Splinterlands the biggest game on the Hive blockchain is showing no signs of slowing down anytime soon. One of their biggest main objectives is looking for ways of adding value to their players and making adjustments as needed to keep up with their ever-increasing influx of players.

One of their bigger rollouts over the past two weeks has been the release of a mobile app that is now in alpha testing. This has been one of the more long-awaited features many players were hoping to see. No more should be the days of players trying to get it to work without a version created for this purpose. It was quite an undertaking for their small and amazing development team.

I’m sure you have noticed by now they have changed how daily and season rewards work. It has been replaced by a chest system to help solve short to midterm growth in a more sustainable manner. This is not the first time the reward system has undergone a massive change they use to give us booster packs back in the day. This new chest system is still something they are making adjustments to as we can see in an older post.

I managed to loot an orb in one of my chests a few days back. I’m hoping that happens again one day. It sure has been interesting dealing with the lower card drops in exchange for receiving potions, dec, and who knows what else they could choose to add in the future. Seems like they are creating a really flexible reward system with the route they are going. 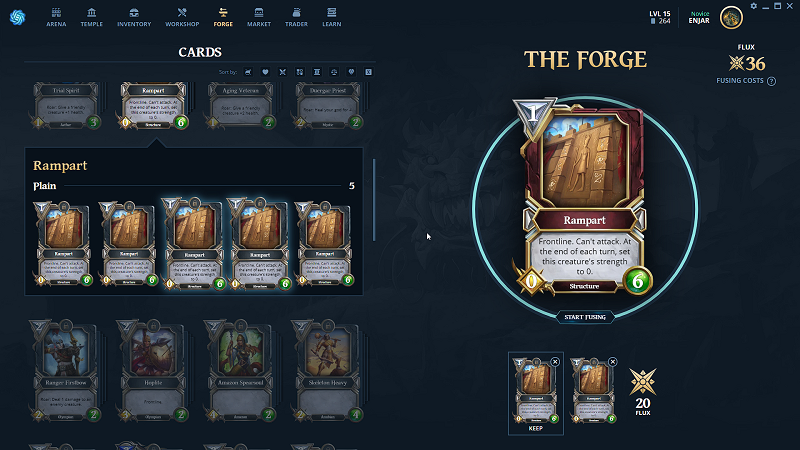 Gods Unchained has rolled out the first phase of their Flux system. For those who have forgotten in the early testing days of Gods Unchained, you could fuse lower quality cards into higher tiers. After they did their beta wipe that feature was removed from the game until it could be worked out further to fall in line with their play to earn model.

That system is now back again and players can now acquire a small amount of Flux per day for winning a couple of matches from each God. They are using an interesting system of trying to limit the total supply and botting rewards while still trying to maintain allowing active players to earn from playing by fusing duplicate cards they have at the forge.

For the time being it is only for lower quality cards as they work out any issues and balancing that needs to take place for this new system. I for one am glad to see this feature make a return with the added cost of flux being earned from playing added in. Hopefully, the common core cards can maintain enough value over the long run to be worth the costs of selling them on the ETH blockchain.

This is Enjar the time-traveling cat sighing off. May the next NFT you find in a blockchain game fund years of debauchery in this crazy chaos of a universe we live in. BOOM.

Screenshots were taken and content was written by @Enjar. The cover image is from Splinterlands.