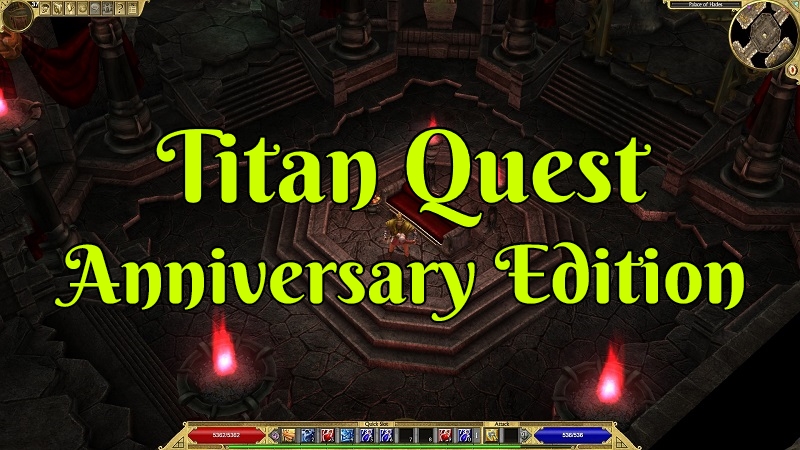 Titan Quest itself is an old school arpg that focus heavily on hack and slash gameplay. Not too long ago they not only came out with an anniversary edition but even a DLC. Bringing this classic that I’ll admit I never played back in the day back to new life again.

Even this anniversary edition which is what I played is not the prettiest thing to look it I’ll admit it appear to have kept its old charm. If groundbreaking graphics is something a game has to check off in your box to enjoy it this won’t be for you. What it lacks in that department it makes up in some areas while falling flat in others. These oldies are a bit interesting to still be running. 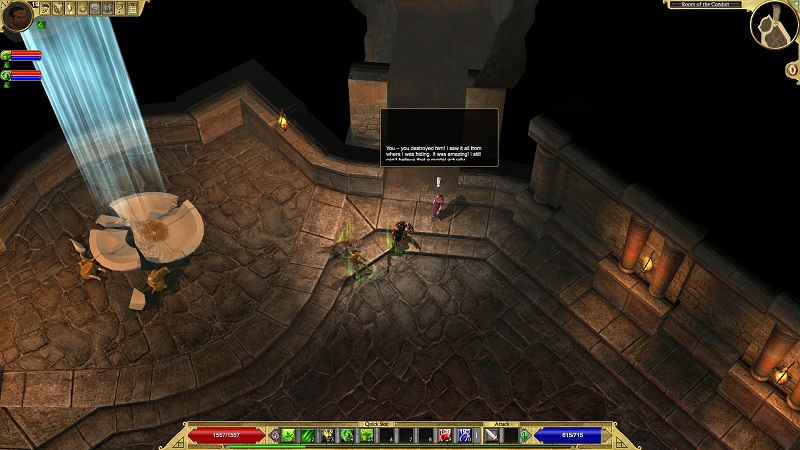 The original game itself is only a little bit younger than Diablo so you get that old world charm and those classic gameplay mechanics that come with this genre around that time. That includes everything from having repeated the game over in different difficulties, amazing items pools, and just clearing the screen of monsters mindlessly.

In Titan Quest Anniversary Edition you play through the story in different acts that break up the game. Once you beat it on normal harder modes such as epic, and then legendary unlock. Thus increase the difficulty of the monster, higher experience, and much better items.

Each act also has a portal and you can portal back to town as well. So traveling is not too bad. You also have checkpoints so if you do happen to die the run back to collect some of your lost experience is not too bad. You thankfully do not drop your items on death so you are not going have a massive struggle getting back to where you ran out of life. 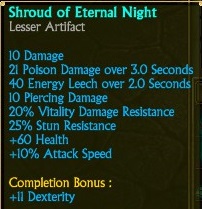 In a game like this, it can really be all about those items and their stat rolls. It is an old school game so you are going have to grind bosses over and over and over if you want the good stuff. Unless you are more like the modern-day player and download a mod for higher rates which increase spawn rate above anything else reduce how long it takes and making things more human.

Not having the right resistance could mean certain death without a fighting chance. While not having enough of a certain stat could hold you back from getting a better weapon or equipping gear. While skills and leveling up stat points can help in this department. Understanding gear and being prepared for what is coming next makes the game move more smoothly for progressing.

You can at least target farm different areas if you happen to know what you want drops there. This can make a lot of boss running a legit way to go about gearing out. So even when you are falling short on something. You can always go back and hopefully get something useful to keep moving forward. 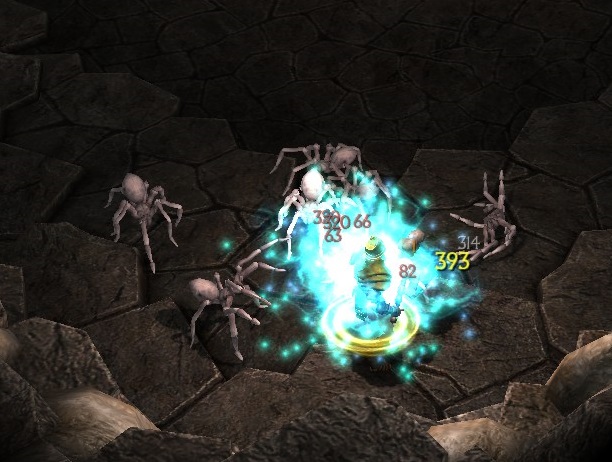 You also have that rather mindless but I’m willing to admit still fun for me hack and slack gameplay. Sometimes you just want a game where not a lot of thought needs to be put into attack combos, fancy combat, and other stuff. You just want point a weapon at something and smash it into the ground and move on.

Just plain simple enjoyment like a game should be. Nothing fancy, nothing ground break these days. Yet that in itself makes it quite groundbreaking. As everyone is far too busy trying re-invent what is not broken and not fix what is in the gaming world these days it seems. 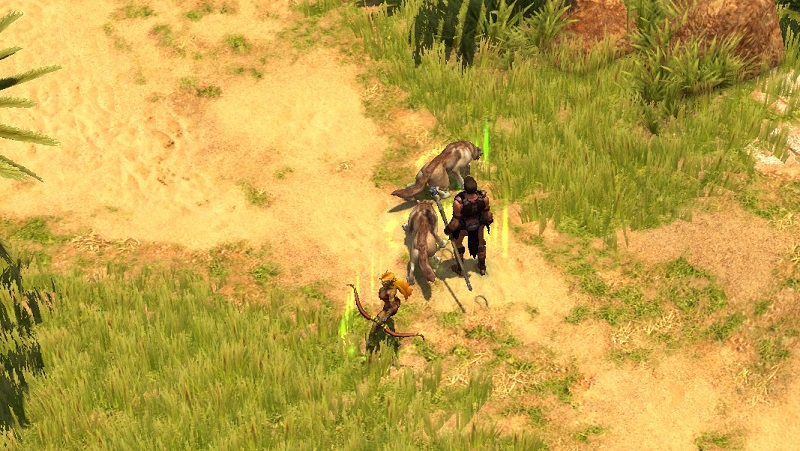 What I love about a good arpg is the replayability from all the different class mastery options and play styles in such games themselves. This one has a two-class system where you pick two different classes to make up your main. This can open the doors for just strange combinations or trying min/max your way into having a solid playthrough.

I myself played two different classes of mastery that provided their own pros and cons. The first one was a Harbinger (Warfare and Dream) that focus on bringing up and close physical damage. The second class was a Soothsayer (Nature and Sprit) that had pets as the damage dealer with the player focusing on support the pets. Both quite different from each other. 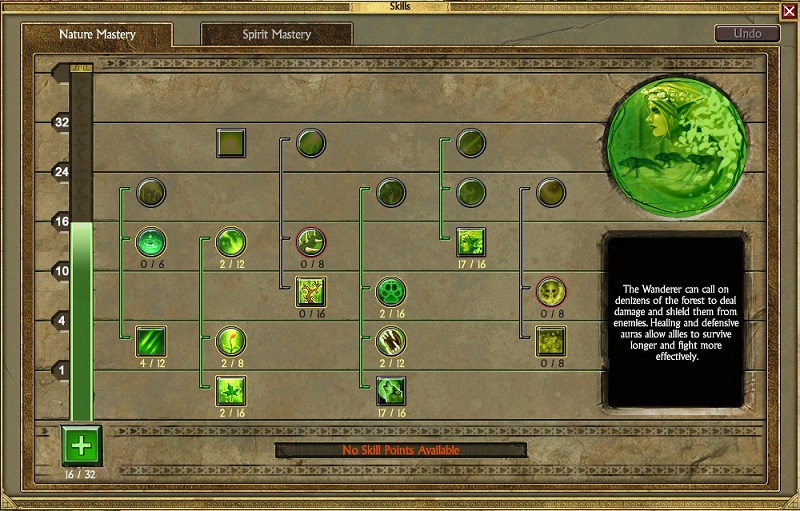 This is of course how I picked to play these there are far more options than that just for those two types alone. It really comes down to how the player wishes to accolated their skill points as they level up. It is all done by leveling up the main skill first to unlock branches where you pick and choose what you want. You can have as many or as little as you want as long as you have the points from them.

You are also not limited to having to break things up evenly between the mastery classes either that make up your main either. You could be very heavy on one almost maxing it out while only going a couple of points in to pick up that one skill you wanted. Now is that the best use of that other class? Chances are not but hey it’s your fun. 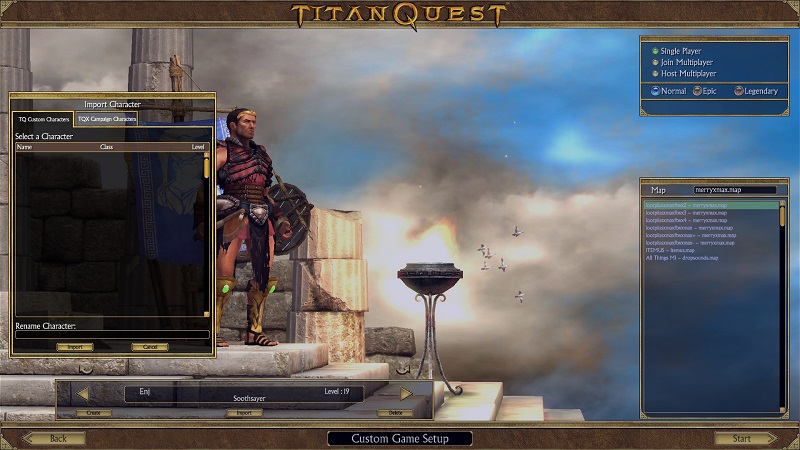 What a lot of ARPG lack tends to be the ability for legal use of mods. Since this game has a co-op option and not a deeper online play or leaderboard system they can take advantage of allowing mods without the player base being upset about it. The ones I at least found where from Steam Workshop. You have everything from custom maps to loot drops being modified.

Using a mod from the Steam Workshop is quite simple all you have to do is find one you like and click on subscribe. After that, you just launch the game so it can patch it in as you’re out of game steps. It’s quite a clean processes and I’m a big fan of how simple easy Workshop is.

From there you are required to run a custom game and then from there, you can import any character you like. It can be a bit glitchy and once you have played that custom game before and come back to play it again it could pull contain the outdated character. As such it’s normally a common thing to just important and playing from there. Nothing worse than realizing you were playing on the older character.

After selecting the single mod depending on what it is the game might decide it does not want to load it right away. I myself was using Loot Plus XMAX FTW for some of my gameplay as I like to keep my sanity and not grinding till the end of time. The game does not like such things to be changed so it gives you a bit of a warning and requires you to click play a second time.

This system does leave a little to desire. Such as trying to run multiple mods at once is not a supported thing on its own. As such a lot of the more popular mods get merged into one giant one. A rather simple solution also solves things like capability issues that players tend to run when just trying hodgepodge a bunch of different mods all at once.

Is it the best implementation of a mod system I’ve seen before? No, not by a long shot. There is at least something there and the players work with it. I at least got give them props for that far too many game developer out there don’t want their games being modded even if they have single or just co-op play where it would not bother anyone else. 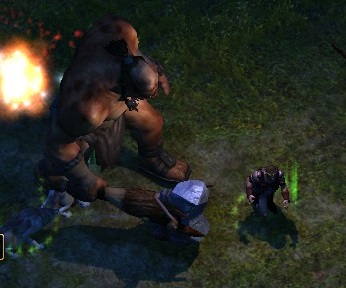 If I had found this game years ago when it came out I’d have played nothing else. It would have consumed my nights and I would be enjoying every moment of it.

Nowadays though it’s a tad too slow-paced for me and I just got things to do. It is at least great to see there was an anniversary edition so people could keep playing it along with a DLC not too long ago either adding more to the game. It makes me hopefully some other games could have new life breathed into them as well.

Screenshots are taken and content was written by @Enjar about the game Titan Quest Anniversary Edition. If you are thinking about getting this game and are looking to support me further consider using my Epic Games creator code: enjargames at checkout or using this referral link to be sent to the store's pages.