The Six Dragons is an open-world RPG on the Enjin blockchain. Players can explore massive areas of land, slay dragons, enter dungeons, and craft items with drops they get. The game has a single character talent tree system to pick from as players level up. Along with questing to complete as you grind for drops and XP.

As someone who loves to go dungeon diving, I have spent a decent time playing on and off again The Six Dragons. As far as blockchain games go this is one of the bigger worlds I’ve had the opportunity to play on the PC in with me only exploring a fraction of the lands so far as I slowly work on leveling up.

For those looking for an open-world RPG that has a fair amount of grinding in it, this game could be for you. I have done a lot of area of effecting (AoE) farming to level up and get drops in the open world before I hit the dungeons.

The game has two different kinds of instances to enter into. One of them is a dungeon where you get to clear it and then kill a mini-boss at the end of it. The second one is an area where you just have the mini-boss fight. While inside these instances you have a better chance at getting loot. Often I would grind up a fair amount of the items needed for running dungeons in a level area I was working my way through. That way I could run a bunch of them at once and spend quest rewards on XP and item boosters. If I got really lucky I would keep looting more items to keep running them for hours on end.

If I got unlucky I would burn through all my keys and crystals and spend hours not getting a single drop of anything at all. More times than not though I would get a few drops during my hour of trying to get in as many dungeons as possible that I can just keep going till I run out. The dungeons themselves are randomly generated with the game boasting on their Enjin page of there being 1 billion dungeons to explore. They usually have a lot of long hallways, different-sized rooms, and many connecting areas.

One thing I’m not the biggest fan about the dungeons is there can be a lot of running back and forth. At the zone-in area, there are usually two or more paths to go down to explore the dungeon. I’ll usually run along one side of the dungeon till I see the mini-boss. Then take a different path back to zone start. After that, I’ll try my best to get any further side area I missed while running back to the mini-boss overlapping areas I’ve already cleared out.

It can sometimes become easy when you are in a rush if you have XP or loot booster running to get lost or even turned around. Nothing like having to double back over an area you already cleared out making sure you got as many monsters in the dungeon. Before finishing it out and going to the next one.

As the player, you do have the ability to teleport to different areas. All the major towns have their own portal once you visit them you unlock it. You can also buy flags for gold out of a shop and place them down to teleport back to that location. This is great for rushing back to an area filled with portals you want to run without spending a lot of time getting back to that location. Outside of the dungeons, there are also what I considered name mobs or mini-bosses and actual boss fights that are dragons. The dragons respawn every couple of days. Like with anything in this game while you could get an item or crafting loot drops. You could also get nothing!

The game also has daily and semi-daily quests to complete. They all kill missions. Daily missions requiring you to go out and kill 100 of a mob that is appropriate for your area. Other quests have you killing a dragon or finding the named monster. While the dragons have a set area they spawn in finding the named mini is a random spawn and I’ve gone many days without finding one sometimes. Many of the drops you get in this game are used in crafting recipes. Everything has a different rarity on it from common up to legendary. To be able to craft it you must also have looted a crafting recipe.

With the way, crafting is focused on this game the player also has blacksmithing talents they can unlock from crafting. Since crafting recipes can be hard to come by there is a system that allows other players to charge to use their blueprint at a cost. Creating long-term opportunities for veteran players to earn a little of what they loot. Recipes also tend to sell for the most on Enjin market places.

I’ve been blessed to have looted a couple of crafting recipes myself. While they are all lower level and most common it was nice to use up the different materials I’ve looted throughout my gameplay. Some of them were decent enough to keep for a while after enchanting than what I could buy off the vendor for my level with gold. I do love the create your style of gameplay from a few different classes in the talent system. The more you focus on one class the further along the tree you can get to unlock the passive bonus. You can also reset and try out different builds to find a playstyle that works for you.

I went with a more melee warrior path focusing on unlocking the warrior bonus. This has been proven to be a giant help when entering new leveling areas and the monsters are a couple of levels higher than you. I also just love running around lower-level areas that I can still get XP and drops from and AoEing giant groups down. 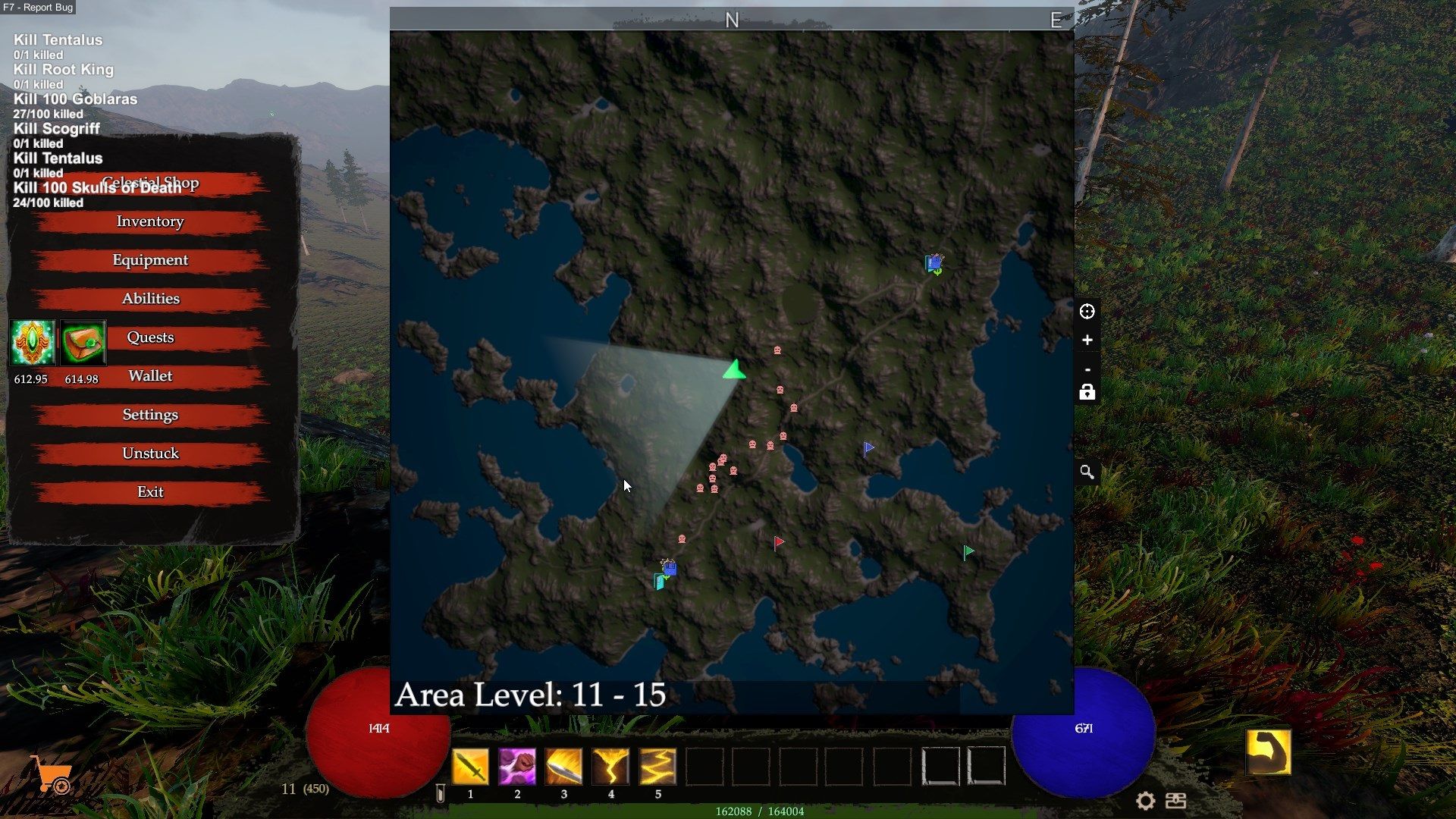 For it being in alpha things appear to be doing decent for the game. While development can sometimes feel slow. It seems they are picking up some speed now.

As someone who prefers to play PC games, I’m looking quite forward to seeing how this and many others shape up. The Enjin blockchain seems to be turning into a place for PC games to get built on.

Screenshots were taken and content was written by @Enjar. Screenshots are from the game The Six Dragons.

Disclosure: This game was in Alpha at the time of writing this post.