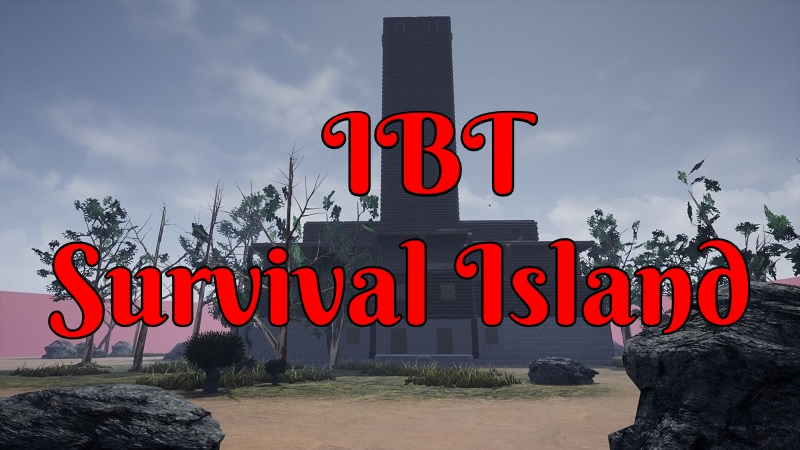 IBT Survival Island is a survival game that is in the early stages of development and testing. The game itself will be using its own SMT on the Hive blockchain when those are released to reward players for playing.

You might have heard of Interactive Battle Game (IBT) before as it was a text-based game being played in the comment sections on the Hive blockchain back in 2018. The players themselves had to survive a number of posting rounds before making it to the final boss on the island. The game itself was played a number of times with Steem being the prize to the victor before it closed.

While I myself never played. It’s great to hear a project with some history already on the Hive blockchain is back at it again. This time around they are focusing on creating a 3D version that brings far more complexly and survival style game traits to it. I look forward to seeing what they bring in from the text version of the game and how they evolve the world. 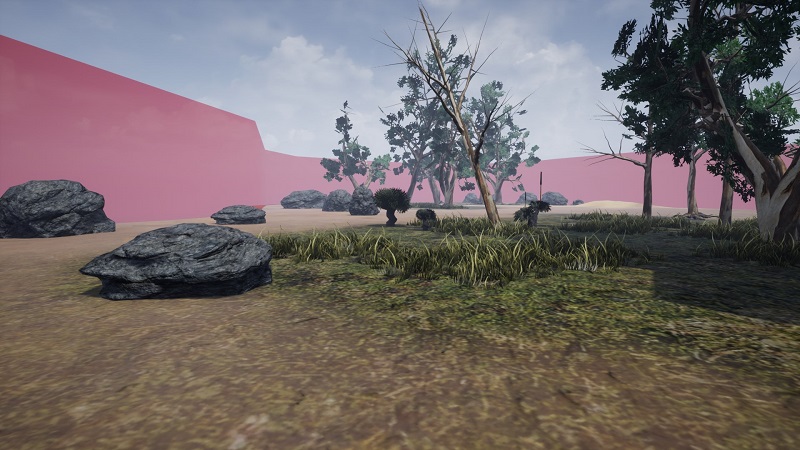 The game itself has two planed game modes. A survival game mode where the player focuses on building shelter with the end goal of escaping the island after having survived what the game throws at them. The Second mode is planning to follow the original text-based game more closely.

The survival mode is also going to have hyperrealism as the game is calling it. While you can do basic things like gathering rocks and wood to build a shelter. They have plans to add in a crafting system to further expand that out. Even the character selection screen itself gave hints of hygiene, thirst and other harsh things the player will have to endure. 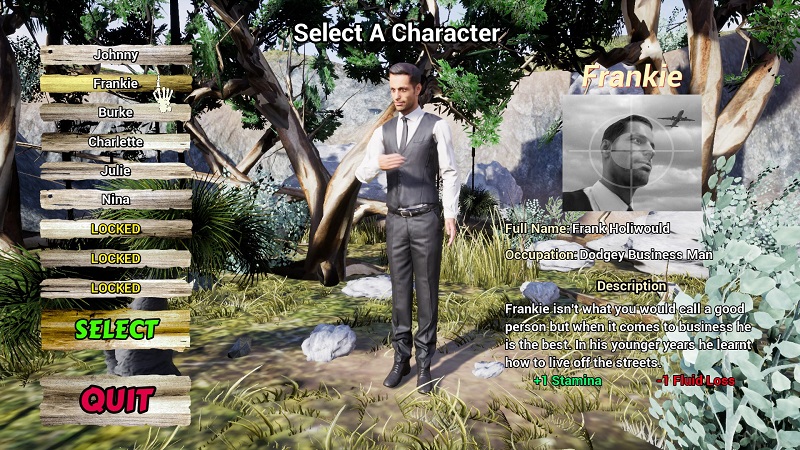 The very selection of which character you choose to play will have an impact on your overall game. Where each character has its own bonus or negative trait that you will have to deal with. It will be interesting to see which character players end up selecting more to make that survival part of the game easier.

As far as the second mode that will be added more in-depth later on. They have stated they plan on following the original text-based game more closely. Where the players will focus on combat and reaching an end game target for a final showdown.

Both of these modes are planning to use tokens as a rewarding method for how players perform in them. When SMT rolls out they plan on switching over to using them. Players will also be able to earn tokens in other manners from testing to any other tasks the game developer’s deem worthy as well.

IBT Survival Island is currently in Demo2 which is where I have joined in for some testing. Currently gathering resources such as stone and wood along with building a structure is the main focus of this testing round.

For this testing round, they have asked the testers the following questions.

(1) Did your building save?

Yes, both my stone and wooden structures along with all of the different types of building materials I used saved such as door and frame, window and frame, foundation, walls, ceiling, and stairs.

(2) The character you selected saved?

Some elements of the game saved such as my building. Other elements like my wood and stone collected numbers did not appear to save and reset to the default value of 1k units each every time I loaded the game.

My sound options all saved correctly.

(4) In the save menu, does your save delete if delete is clicked.

(5) Does your character save in the Main Menu?

(6) Any crashes? Error messages at all?

No crashes. There were a number of issues discovered listed below. 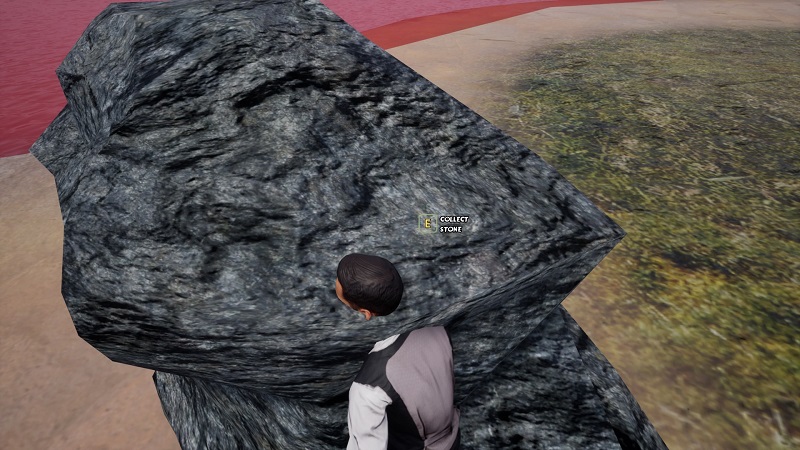 There were a couple of collision mesh issues when playtesting that involved a tree and rock type. Otherwise, everything else seemed to be fine in this aspect. 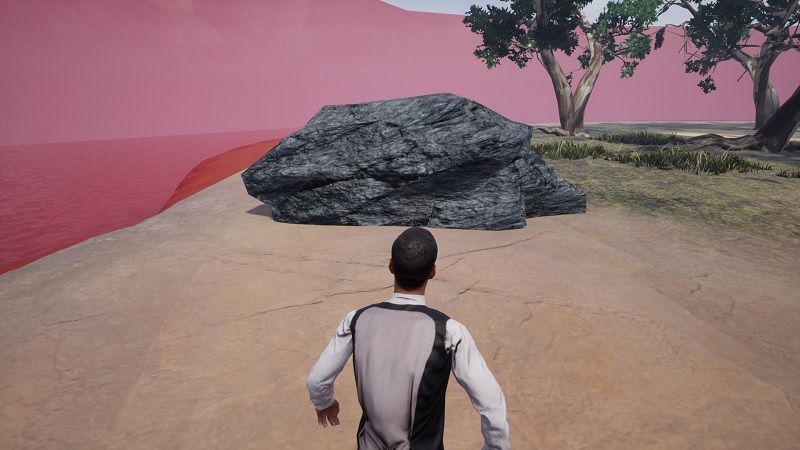 Collision mesh for this rock type needs to be expanded. The player can almost hide within the mesh at either end before being stopped by the collision mesh. 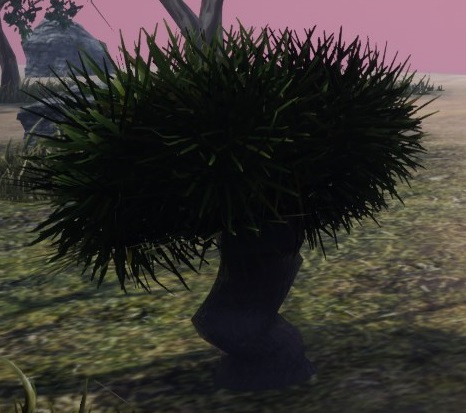 This “tree or bush” appears to have no collision mesh. For its size it looks like it should.

Glitch While Going Up Stairs 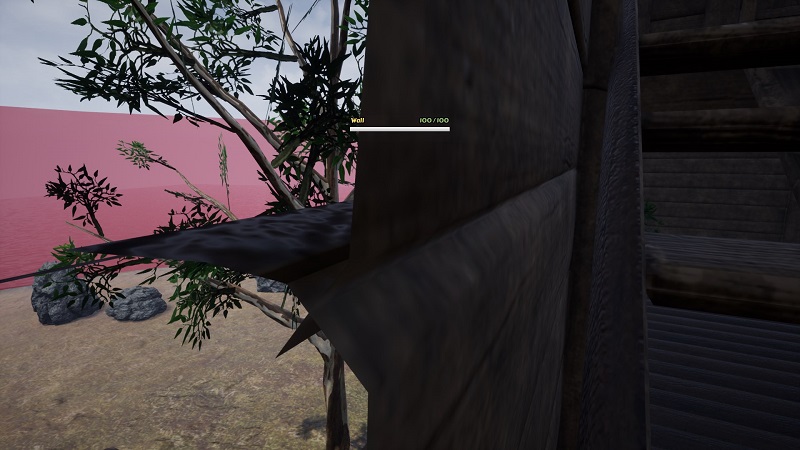 If you are too close to the wall when walking up or down stairs the camera will glitch right through the wall. This occurred on both Stairs U and L 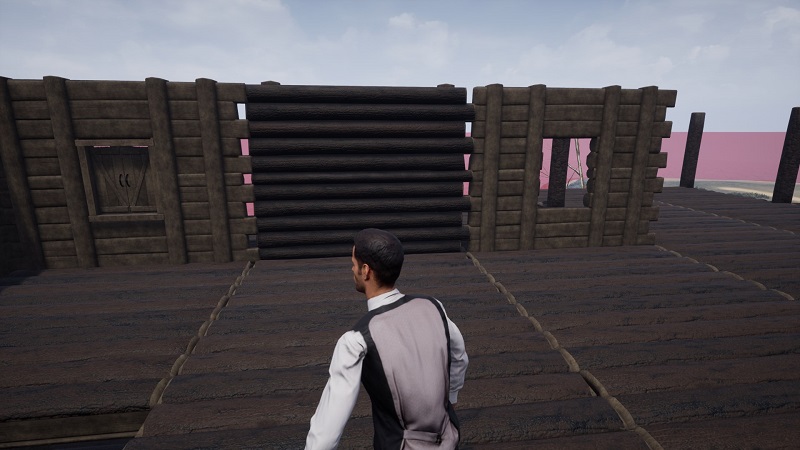 Sometimes the game will match the incorrect orientation that a wall should be before the player selects to place it down. This is not a big issue since we can see this issue has occurred before placing and can rotate into the proper orientation. 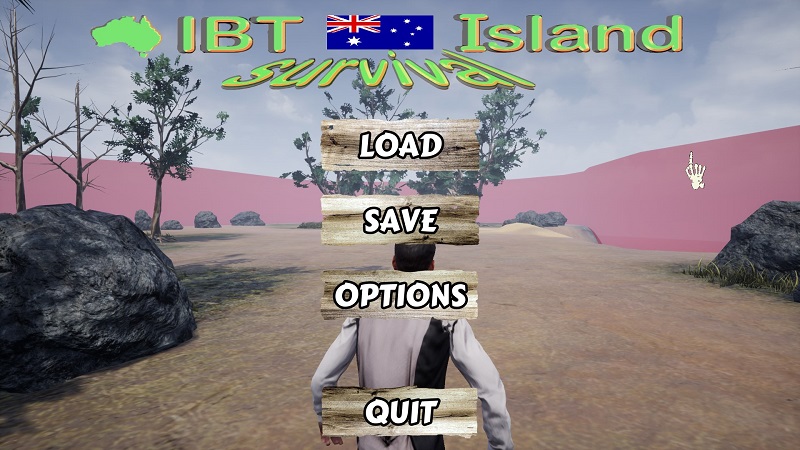 There were a number of issues with the main menu in-game.

While in-game video Settings under options appear to have loaded onto the screen when pressed, however, the window itself is invisible. Pressing Esc had to be used to close out of that window.

From the main menu when not in-game this appears to be loading just fine.

When closing the menu screen while in-game the correct player control does not seem to be passed back to the player for moving left or right. It appears to still be using the menu mouse controls. I’m not sure if this is a simple order of operation that needs to be changed or if there is some kind of delay. After some time of using the mouse button for turning right or left the correct player controls seem to work again.

In the character select screen, all the character text names are blocking part of the button from being clicked on to select them.

As stated in the instructions the antivirus that was named while it did halt the program to run a quick scan. Afterword, it permitted use without any further interruptions after the first startup. Unsure if this means your submission to that antivirus provider resolved the issue or if this is how it was before. Thought I mention it anyways. 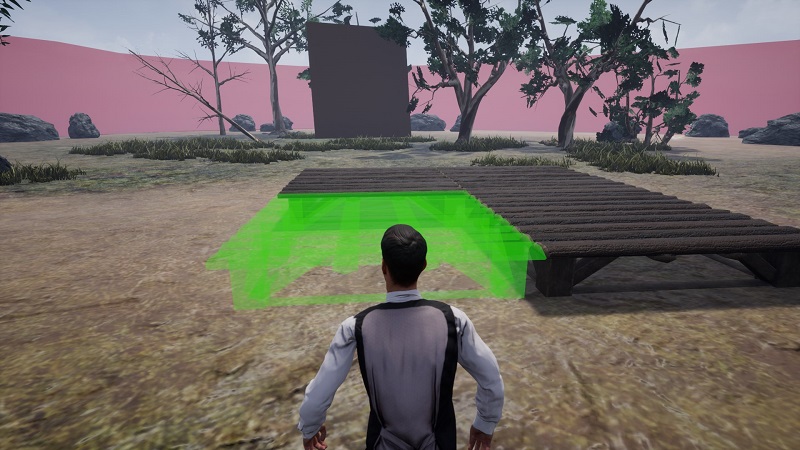 A number of suggestions in no particular order.

Add a Back or Return To Game button on the in-game menu to return the player to the game.

Add a popup fad window that scrolls up and off the screen that shows how much you have gathered per action of gathering a resource. Example: 5 stone.

For optimization and performance, it appears you could adjust culling distance option on the grass and other smaller foliage objects. Everything appears to have been loaded and viewable from one end to the other in the testing area. This also appears to be the case for the character select and other screens outside of the game to have low FPS. While the player adjusting their own view distance can also help you would not be able to make out the grass foliage anyways from a great distance despite the fact it loads in.

It also seems like the grass has shadows object enabled? Some of it seems to have a slight flicker to it that could either be due to it casting its own shadows or a lighting issue. Disabling whatever shadow option that is enabled on it would not be noticeable by the player and give a nice boost in performance if that is the case. 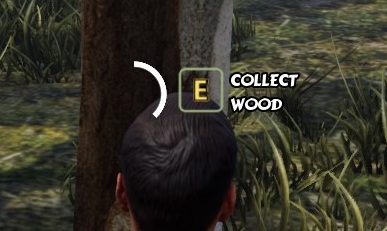 Integrate the collection timer with the E button overlay for a more compact look. 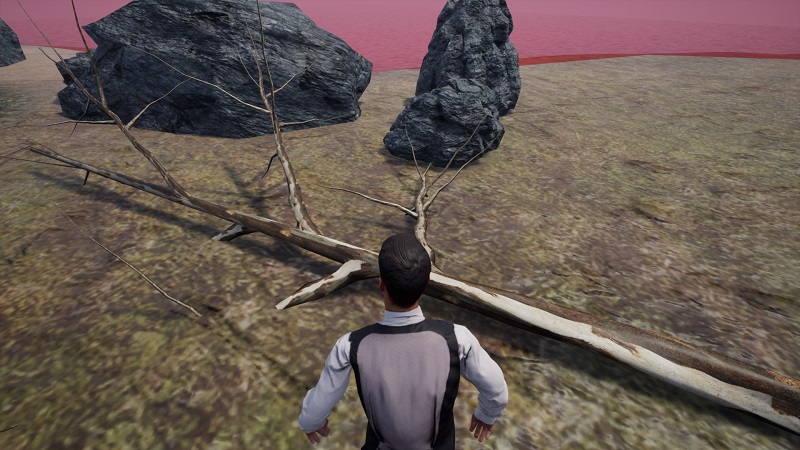 Fallen over tree has a very odd to find gathering spot. If you can expand it out to cover more of the tree it would make it easier. This also might help improve the gathering ability of other trees that are at extreme angles.

Building block placement. The amount of screen real-estate the player has for placing down a building material is rather limited. While changing the character viewpoint with V helped. Allowing the player to zoom out just a tad with their mouse scroll wheel would make it a more enjoyable experience and allow players to find the three perfect screen ratios for building a number of building blocks before having to move.

Always glad to see a survival 3D game popup on Hive. I look forward to entering into another demo test round when the next one rolls out. Along with playing this game when it releases. It will be fun seeing how this game evolves and the challenges it brings with it.

Screenshots were taken and content was written by @Enjar. Screenshots are from the game IBT Survival Island.