Exode is a space colonization game currently in alpha on the Hive blockchain. For the moment players can buy card packs, make a deck to play, and enjoy the evacuation scenario. Later one once things are more development players will be able to colonize and more.

This has been a game I’ve been keeping my eye on somewhat for a while now. I love space games and this seemed like one that would be a lot of fun. You do need to buy a starter pack to be able to play. I ended up picking up a deal on all starting packs and got some goodies out of it a while back.

Recently I thought I would check in to see how things are going. It seems a fair amount of progress had been made since the last time I took a look at things. So I deiced it was time to open all my packs and try out the playable scenario that is now in testing. 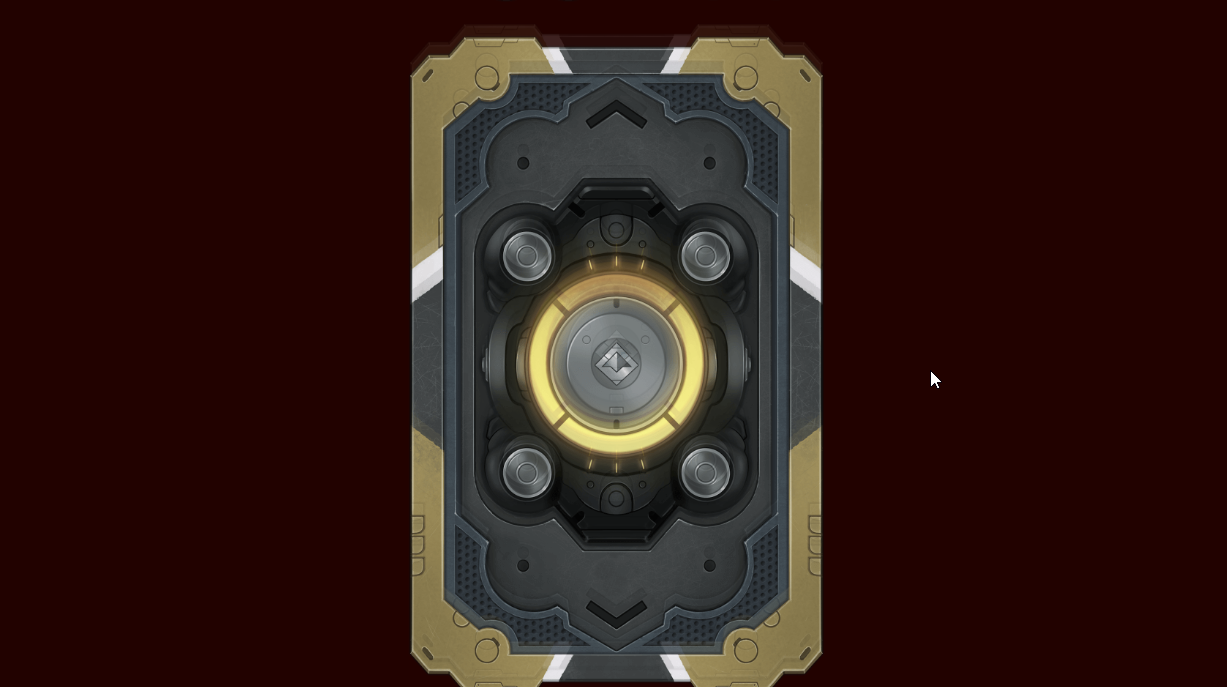 A heavy focus for this game has been around the creation of cards and the pack opening experience. In a lot of games where you collect cards to be able to do things, this is a very important component to the overall user experience. So it makes sense a fair amount of effort was put into this.

There are a couple of different kinds of packs players can buy. Everything from the starter packs that focused on the origin of your crew and is $10 each. Then you have things like booster packs where you can get further ships, crew, and equipment to name a few things. 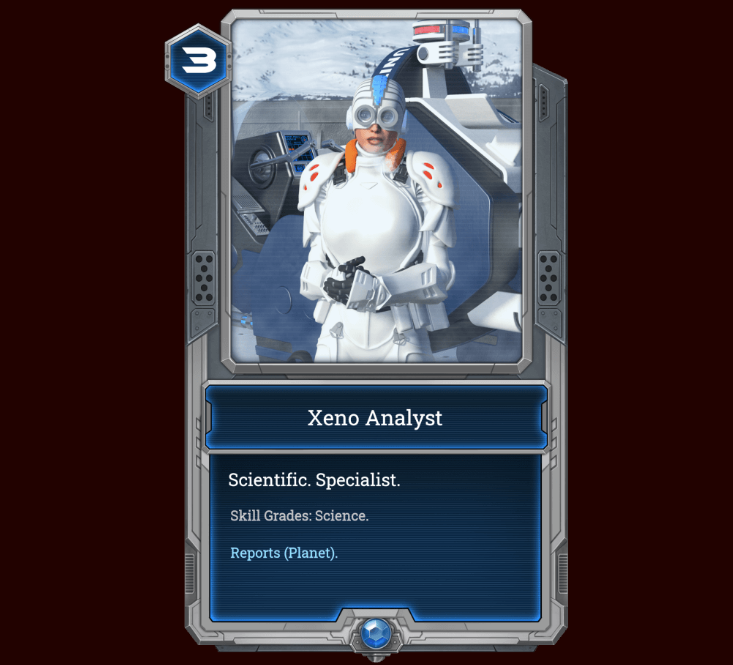 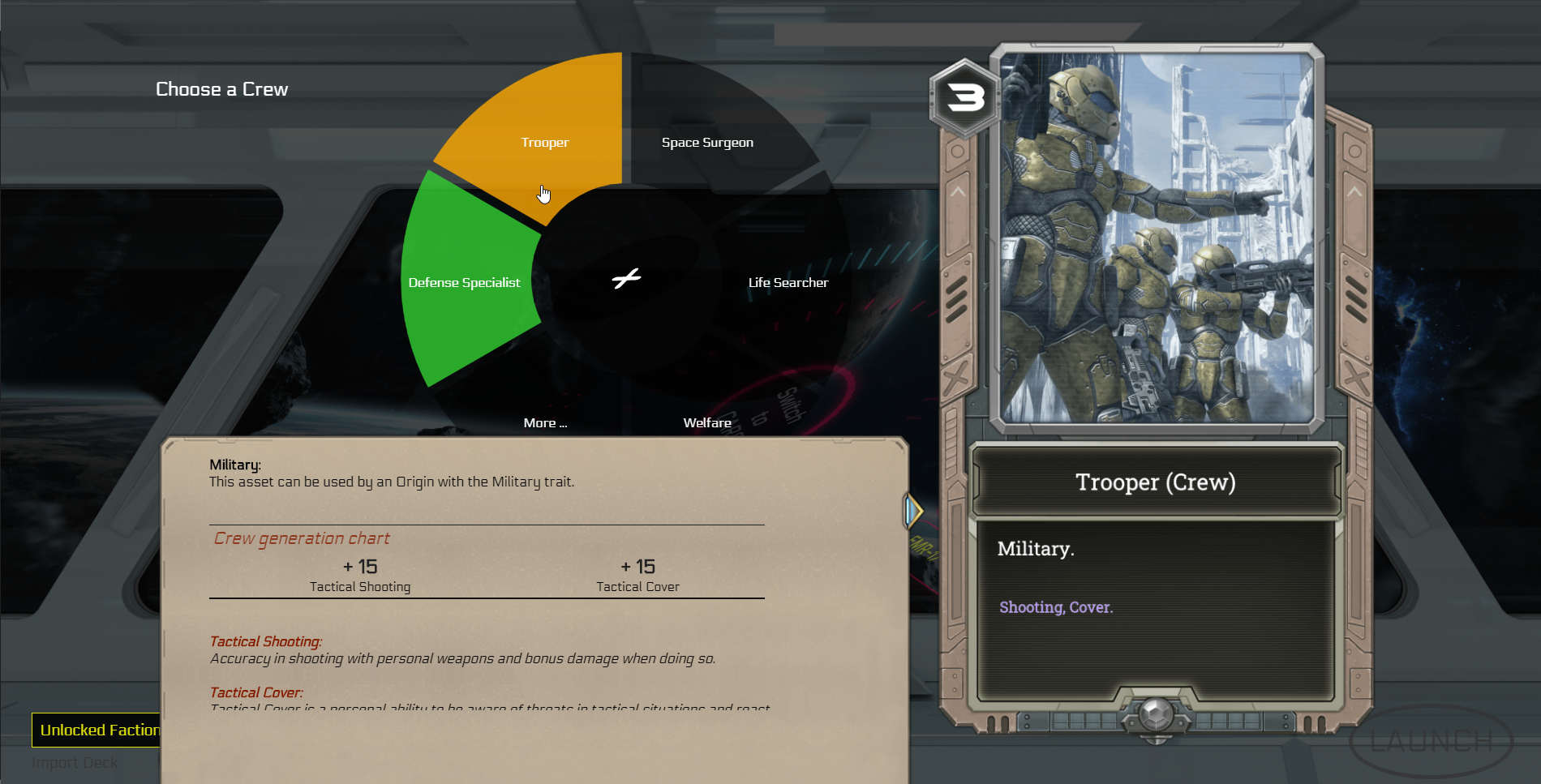 While the information can be a bit overwhelming at first as you don’t know what is what when it comes to factions, skills, types of things, and so on. The information is further broken down later on when you are selecting cards before you launch with your crew. They also do have a growing wiki for players to learn further about the game. 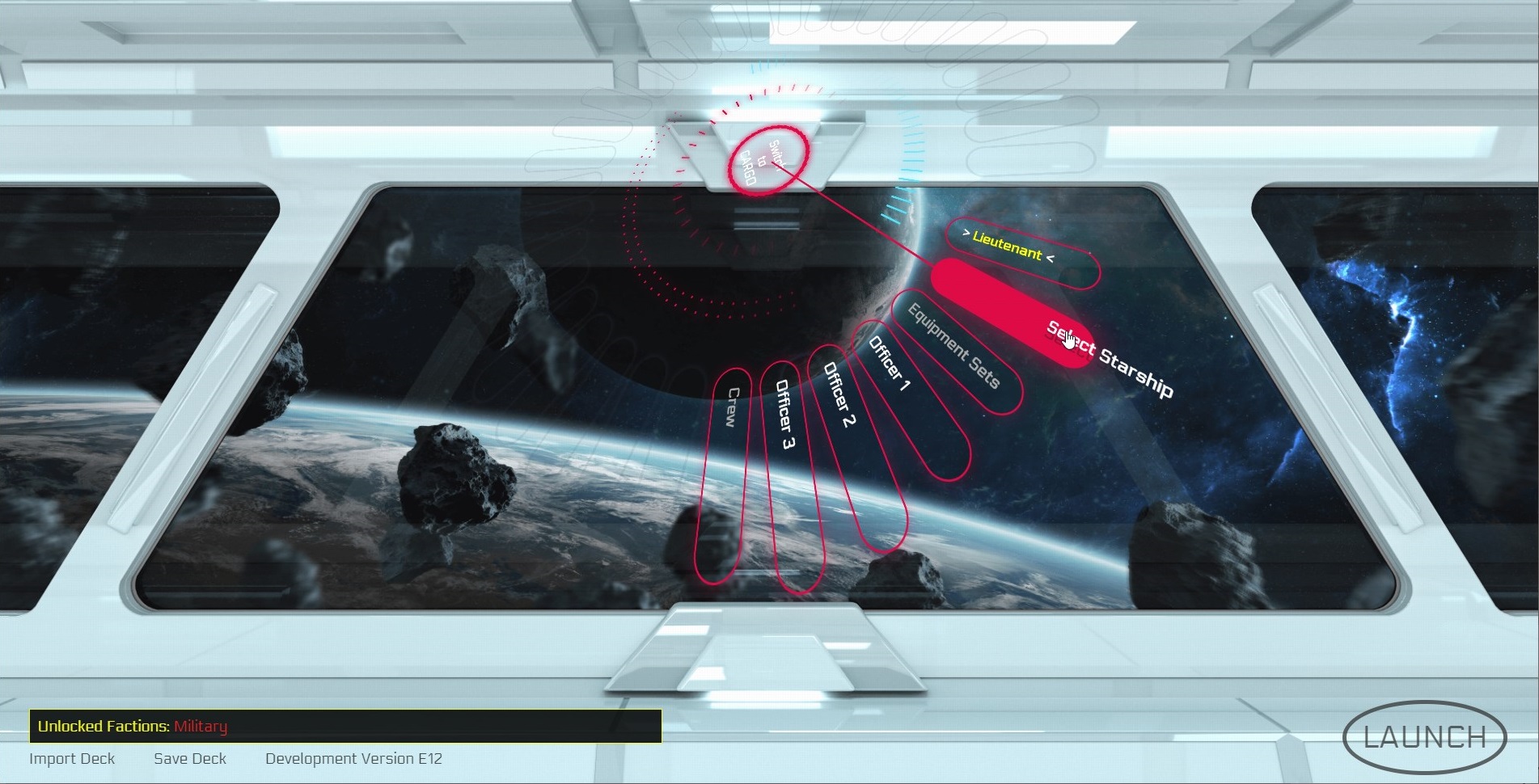 This game does feel like it’s going have quite the learning curve to it. This is a lot of times the case when it comes to space games and part of the thrill. When working on the deck of cards you will be taking with you there is a lot to think bout when it comes to the synergy of those cards and what all you need that deck to do during different stages of the game. 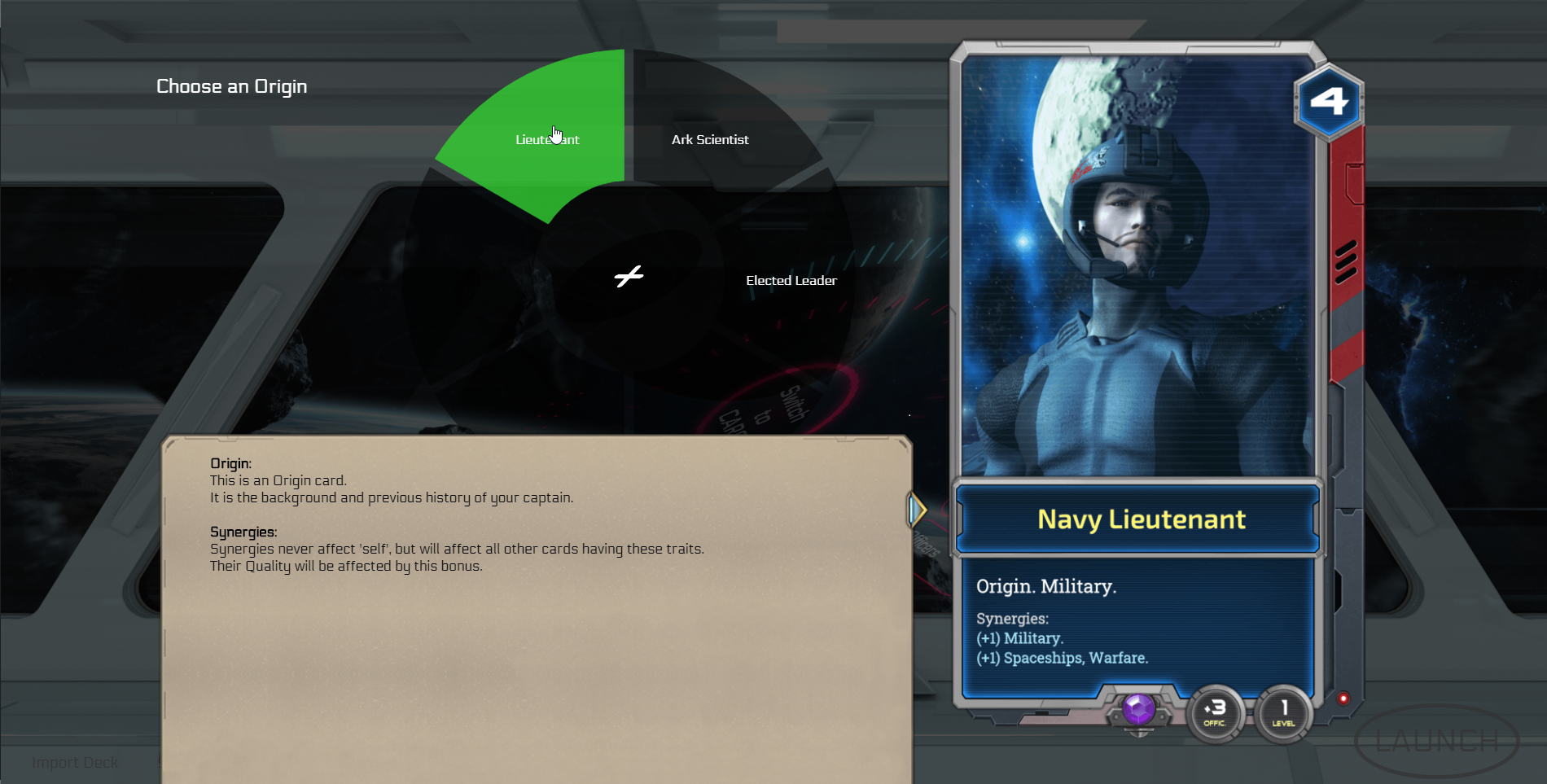 One of the first things you need to do is pick what kind of Origin you have. I went with Navy Lieutenant for the military background and boosts he grants. Since I have bought all three starting packs I could have gone with others this was just what looked interesting to me.

After that, you need to select what kind of ship you want to use. Depending on the ship will determine how many slots you have for the rest of the deck. The different kinds of officers and crew members will be onboard that ship. Along with things like the equipment you want to take along.

It is nice to see they already have a way to save and load decks. I feel players will be spending a lot of time theory crafting with what cards they have for the best possible combination to not only survive evacuation with but later stages of the game as well.

I will more than likely be redoing my deck a few times. I more or less just went with what I had and did not think too much into it. It will be interesting to see what kind of value long term certain cards hold and what in general players will find to be critical in obtaining. 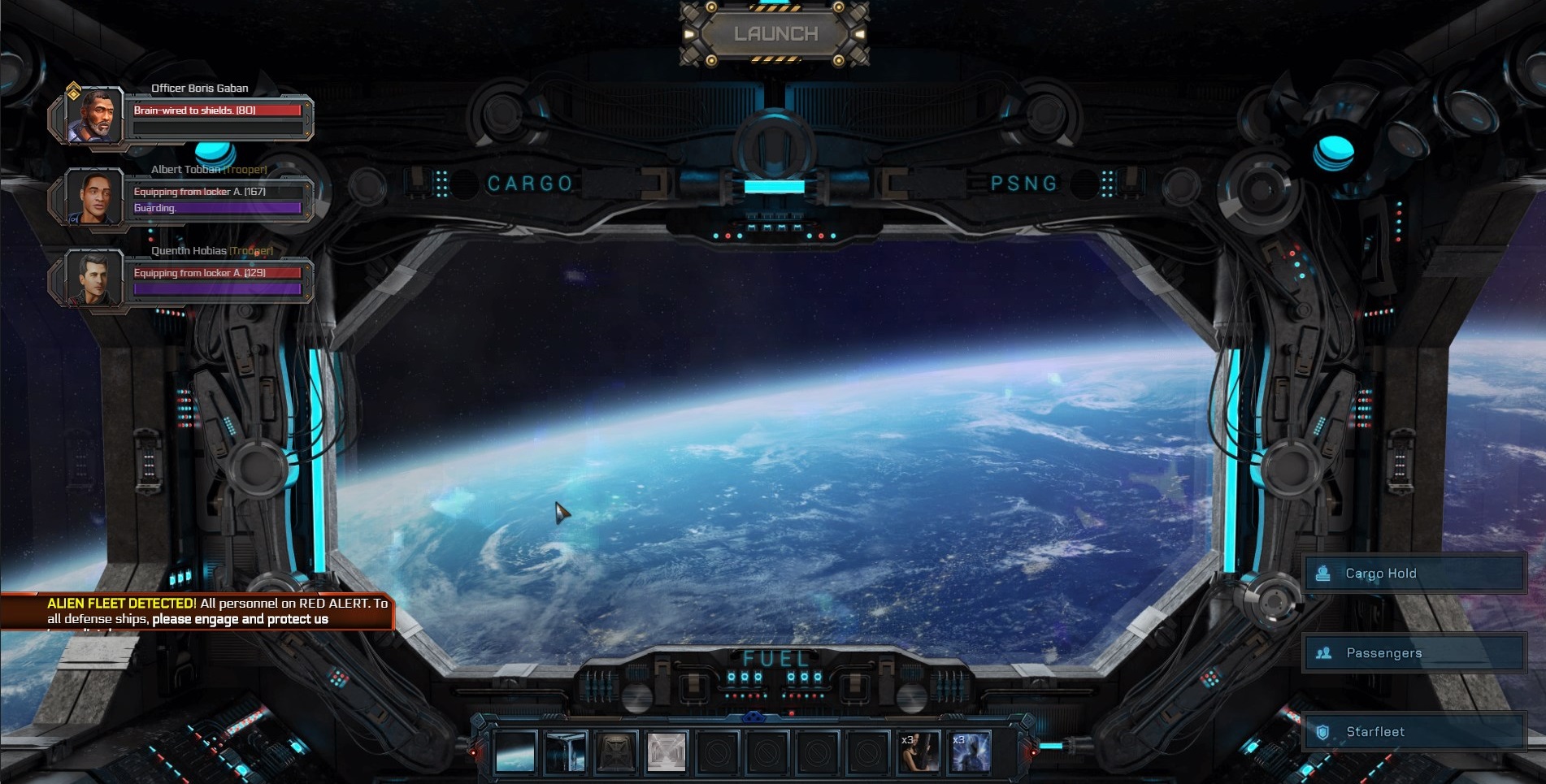 The player moments after starting gets put into a heart-pumping scenario that you need to prepare as quickly as you can to get off the station. This includes loading important things like fuel and fixing your hyperdrive enough so you got a fair chance of making it out alive if at all. Finally, waiting for the best chance to escape while under attack both onboard and from ships attacking the station.

I was not expecting the first scenario to be as thrilling as it was. This is part of the game where I started to get thrilled that I had bought some cards early on and now I just get to sit back and wait for further development.

The Evacuation Scenario itself is composed of four different rooms. Your crew members are also scattered all over the place. Not all of them ready to go either when you get the word that you need to escape.

Part of the fun is deciding what is the highest priority tasks you want to go after first. There will come a point where you just need to hit launch and pray you to manage to escape. You could end up with a minor setback such as the hyperjump failed and you need to try again. Along with more extremes outcomes like a failure and your ship exploding.

The different tasks you need to perform also take time. How long is dependent on the type of crew you have selected for the task. While there is a clear advantage of sending those who are quicker at performing a certain task to just perform them only. Depending on the kind of crew you have that might not be an option. Not to mention if you solely focused on just passing this part of the game with the crew you pick other parts of the game that could near impossible to survive. I’m willing to admit I had to play this scenario several times. I did get my butt kicked in most of my attempts. I’ve also noticed a lot of other players are getting themselves blown up as well! It was thrilling and I can’t wait to try a different deck and see how I fair with it. I was not expecting to enjoy this as much as I have so far. Like I’ve said before I’ve kept an eye on things somewhat; though, I was not expecting this out of a browser game. Everything from opening my packs to playing a scenario has been fun. I can’t wait for this to develop further along and see what is next for alpha and beyond.

Screenshots were taken and content was written by @Enjar. Screenshots are from the game Exode (referral link).

Discloser: This game was in alpha at the time of writing this.