dCity is a city simulator that is played on the blockchain using cards that player acquire from buying that are NFTs. Players access the game through an internet browser that supports logging in with Keychain. The game use to be called Steemcity but it has since taken a more neutral name dCity. They use the Steem-engine as a method of handling game assets and are waiting for Hive-engine to be released before taking the next major step in development.

The game has a bunch of different cards that represent different buildings and objects in this game. Many of them are seen as having positive attributes that contribute to society. Such positives are population, popularly, and income. With enough of each, a city thrives and slowly grows in the overall rank compared to other players.

Some cards are seen as having a negative cost to your society if you happen to get them. They can focus on giving negativity popularity and income. A large increase of acquiring homeless and immigrates can also raise the crime level of a city which increases the chance of loss of income or as they call it SIM.

There are a couple of different ways to acquire cards. You can buy them from the game itself with either Steem, Hive (not an option yet as of writing this), or with in-game money SIM for around 4 Steem or equivalent. You can also buy cards from other players who are selling them on the market with a wide range of prices. 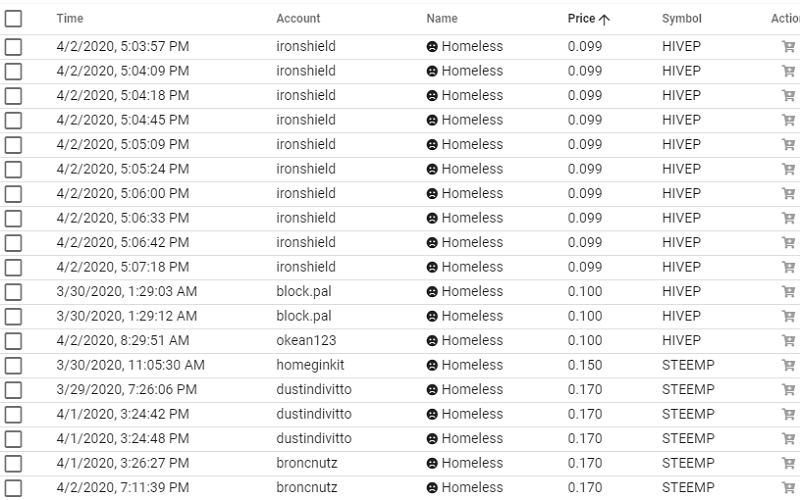 The more interesting thing here is the cards that are seen as being negative. They sell for next to nothing on the player market themselves. Some player accounts selling them also sound like the where alts created to offload and hold things like Dust that costs you 1 income. It’s like people are trying to ship out their homeless and immigration populations to other cities making them someone else’s trouble.

I ended up buying six cards for twenty-four Steem and I ended up getting lucky with my pulls. Some of my good pulls have been a weed dispensary, a restaurant, and a gym. Outside of a couple of cards that are worth around half what I paid to buy them from the game. Players are trying to sell the other ones on the market for around twice as much.

The more important thing is I have enough population to fill all the required job slots that allow my business to operate and generate me Sim. I also have a very low unemployment rate as of only four people so my crime rate is also very low.

Over time depending on my population size I get a chance of new citizens arriving in my city every two hours. At the moment with my small city, I only have a 2% chance of that event occurring.

The same is also true for my crime rate of me getting my income robbed once a day. I do not have any policy stations or other building cards that could help reduce my risk of that occurring. My crime rate could be further increased if I end up having some bad luck and pull the wrong cards. The game also from time to time has random events that occur. One event that is going on right now is BeerFest where five of the Steem-engine tokens of Beer can be exchanged. Where players are hoping to get further population and popularly from it. Not all events have to have a positive outcome and over time they change.

There is also a government part of the game. Where players can vote on and pass edicts. I have zero voting power. There does not seem to be anything going on at the government level at this time.

Overall there are quite a lot of different cards in this game to acquire. Many aspects of society to deal with in your city. With many more features to come in the future. 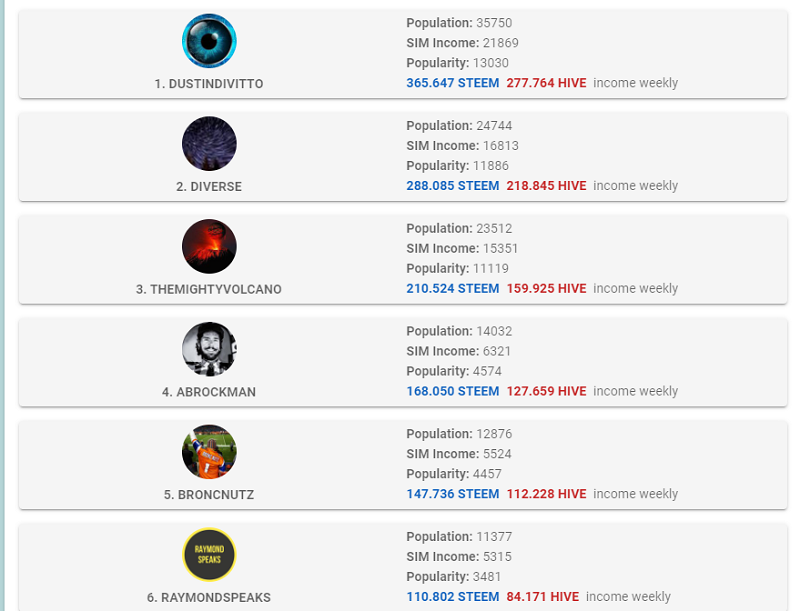 With this being a cryptocurrency based game many often wonder what ways can the player earn Steem, Hive, or other assets.

For the higher ranking players, they can acquire a portion of the reward pool for playing long term in this game. The reward pool itself rewards both Steem and Hive. The total amount in there is based on card sales were 50% goes into the pool and 10% each week is awarded. 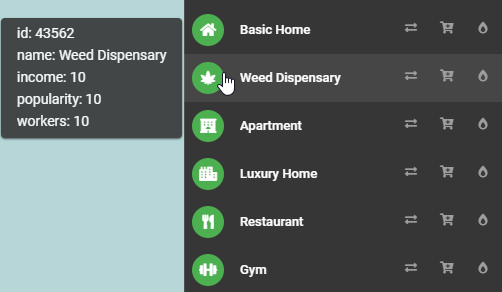 On top of that, the NFT cards themselves can be worth a fair bit more than the cost of buying them from the game. Where a Dispensary could be going for 7 or more STEEMP (which can be converted into Steem and the same will be true when you can buy with Hive in the future) on the player market. Where things on the higher end like a Bank in which only eight cards are up for sale are going for at minimum 13.590 at the time of writing this.

The game is very luck-based unless you plan on spending a lot on just buying from the player market. As always don’t count on making money from a reward pool in a game based on sales. If you end up playing this game anything you get back after you are done playing will tend to be from card sales to other players.

It is interesting to see how this game has evolved. A while ago it was just a game that was played in discord using a bot. It then evolved into a browser-based game giving players a UI element. They then switch up their name when the Steem blockchain forked. They are now waiting for Hive-engine and it to be stable before evolving even further.

Many features will be coming to this game in the future. Such things could include being as being able to conduct research for your city, integration with the Hive blockchain, and more stuff involving governess. It will be interesting to see what other in-game events will happen and its outcome on people’s dCity.

This game was in beta at the time of writing this.