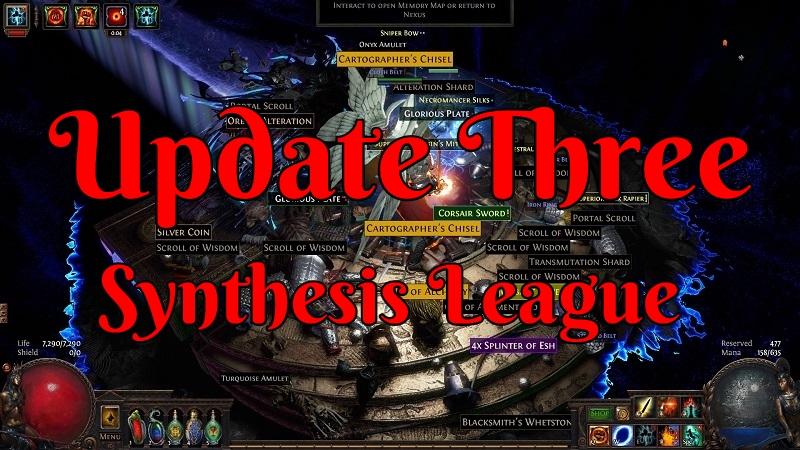 I’ve made it to a point with gear, Atlas, Delve, and Synthesis among another aspect of the game that it felt like a great point to stop and write a short update.

I’ve made a lot of progression in some very short time surpassing how quickly I’ve managed to do so in other leagues I’m quite hopeful to finally see a lot of end game content I’ve not before. There is still a lot of grinding on my end to get there. I also plan to get a league overview out this weekend. 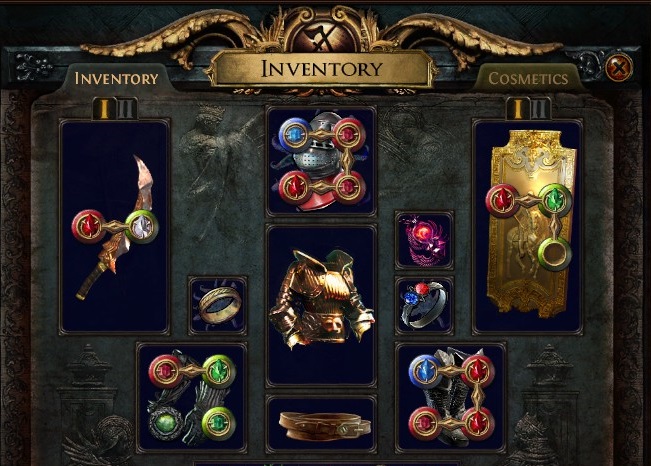 I’m a good ten Exalts spent on my gear. I could drop about double the amount but the returns would not be so great. Not to mention everything I want is still not easy to find on the market.

With the most expensive being a Xoph’s Blood Amber Amulet that grants me Avatar of Fire (coverts all my non-fire damage into fire damage) and Ash which slows down my enemies and increases fire damage they take.

Beyond this point, things are either crazy expensive or they have quite a diminishing return for the amount spent on them. A lot of it is going be rebuying the same gear I have but with higher stat rolls on them. While I’ve been trying not to get worst stats ever on gear I’m also not paying a higher price for that last 1 stat yet.

Take my one ring, for example, it has 16 life gained per attack where the max would be 20. It also only has level 8 Poacher’s mark on a hit where that can go up to level 12. Getting both of these on a single ring at that level in the early league is non-existent or foolish expensive. Later on, as the markets get more saturated I can pick up a decent deal and get a slight bump in upgrades.

One of the biggest things I’m really missing is a helmet enchant with Molten Strike firing 3 additional projectiles. Which you can’t even find anyone selling it let alone on the exact helmet I want. I’ve also failed again in trying farm my own. I could settle for less or keep trying to farm. For now, it’s just not needed. It would give me a nice increase in self-healing and damage dealt. It’s a very end game item for the build I’m playing on my Molten Strike Juggernaut.

With most of my budget no longer going into acquiring gear I get to focus it into other aspects such as speeding along my progression by buying maps I am not having much luck farming myself. Once I start to struggle again I’ll look into buying some better gear. For now, I died so few times in a given week that I’ve made it to level 92 which is the highest character I’ve ever had in Path of Exile. Perhaps this will be the league I hit 100 in. Which very few people ever do. 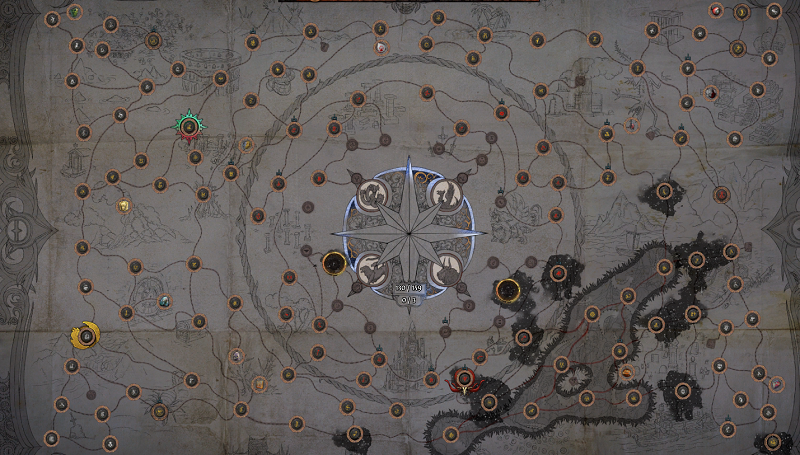 Over my last update I’ve made the biggest progression here. I had 36 maps completed with their bonus. Now in less than a week since then, I’m up to 131!

I’ve tried for a while farming hundreds of lower tier maps hoping for some higher ones to drop so I could over time progress. Doing my Zana daily along with progressing the storyline for some extra maps. It was quite slow and time-consuming. Since I freed up a bunch of my currency I’ve sunk it all into buying maps off other players. 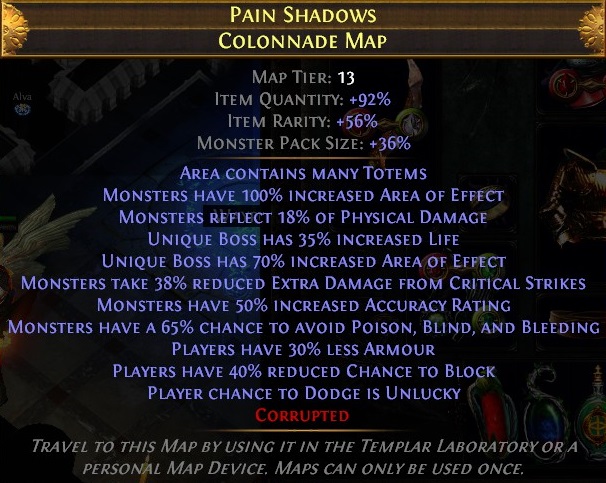 I’ve managed to finish off all tiers 1 to 12 excluding Unique maps. I also have a part of Tier 13 finished as well. At this point, since I’m running red maps it cost 6 Chaos Orbs per map or more to buy them. You also need to corrupt them to get the Atlas bonus. Which creates a chance to brick the map if I get reflect elemental damage which would instantly kill my character the moment he did any damage. Which would make the map quite worthless unless I tried to roll a sextant on it hoping to get no reflect.

Getting 131 bonus Objectives done this early on in a league for me is quite a big deal. All map drops moving forward will now always drop 1 tier higher and I have a 31% chance they will drop 2 tiers higher. That will make it easier to farm my own maps.

My end goal is to have 159/159 finished. Kill off Elder and his guardians and a bunch of other stuff I’ve not done before. Some maps I’m missing do cost a lot or might be too hard for my current gear level. Only time will tell how close I get to this goal. 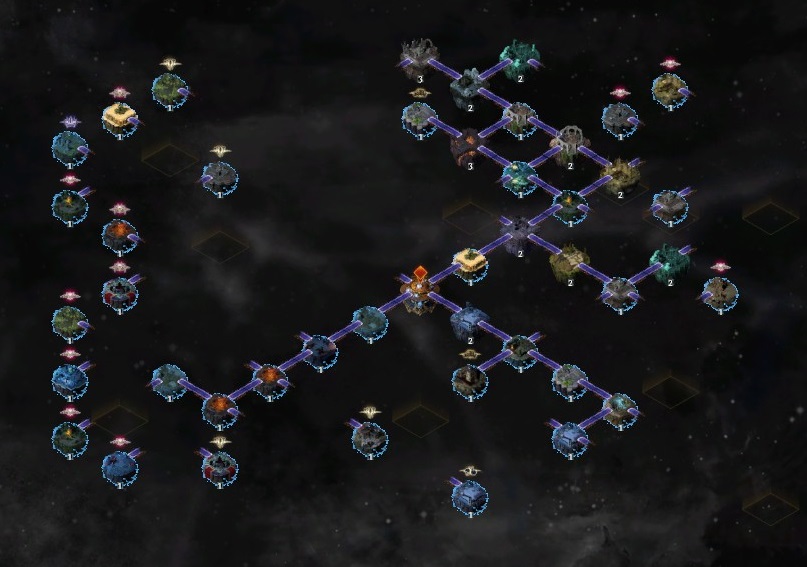 I’ve been mostly boss farming. It turns out if you have 19 islands up like the ones that grant Memory Modifiers or chests that the last spot is reserved for a boss spawn island.

I’ve yet to get the end game boss for Synthesis. His lesser bosses where dropping some 20 Chaos rings but now those are selling for next to nothing as everyone discovered how easy it is to get them to trigger.

As I get higher in maps on the atlas I get access to higher to tiles to run. Overall the loot, for the most part, has been lackluster. I few a few Exalts wroth of gear but no one is buying them. Prices on them are dropping like crazy on them. The good news is I’ll get some cheap upgrades for myself soon enough if the markets keep behaving like this.

Not much more to say here as I plan to do a full write up by end of this week on just Synthesis part of this league. I had quite a number of high hopes and so far it’s failed to meet them. 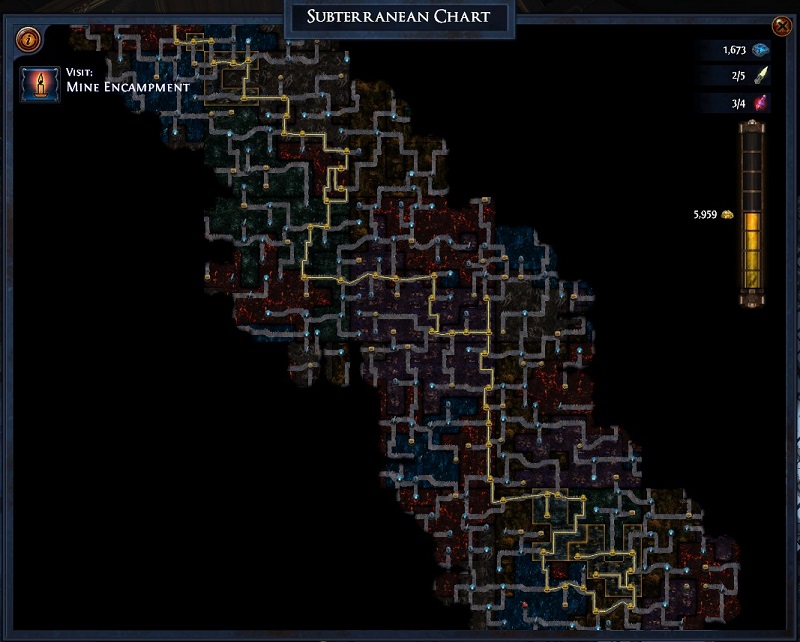 For the moment I have just been running deeper into Delve when I near my Sulphite cap and I’ve only gone out of my way to farm any cities I come across. Most of my efforts are going into the Atlas for the moment.

This also includes skipping the more profitable part of Delve farming in the darkness. I have a good weekend afternoon or more worth to farming when I get around to it. If I run out of currency or switch back to acquiring more gear I should have a small in-game fortune waiting for me to farm in Fossils and other items. 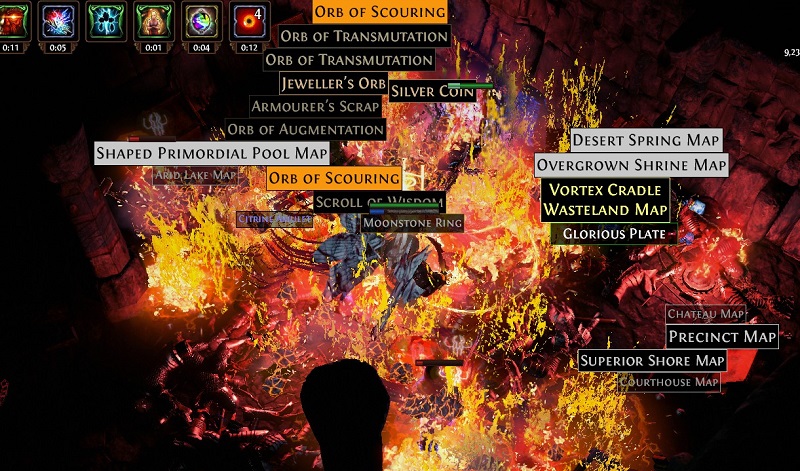 I’ve made it down to depth 167 with only a couple of deaths. I also feel in much better shape around this depth then I was the last league. I should be able to surprise my old record of 255 without too much trouble. Around this depth last time I started to struggle. That has not been the case as I’ve had very little issues.

I look forward to focusing more on this once I hit around Tier 16 maps and start to invest in Sulphite farming to progress further and faster. Sulphite Scarabs are quite pricy at around 36 Chaos right now and they nerf the amount they grant in a map as well. At least they increase the number of spawns to three in most cases. The last league, it was rough spending a lot on a bunch of Scarabs and having a map spawn only one third the amount in. 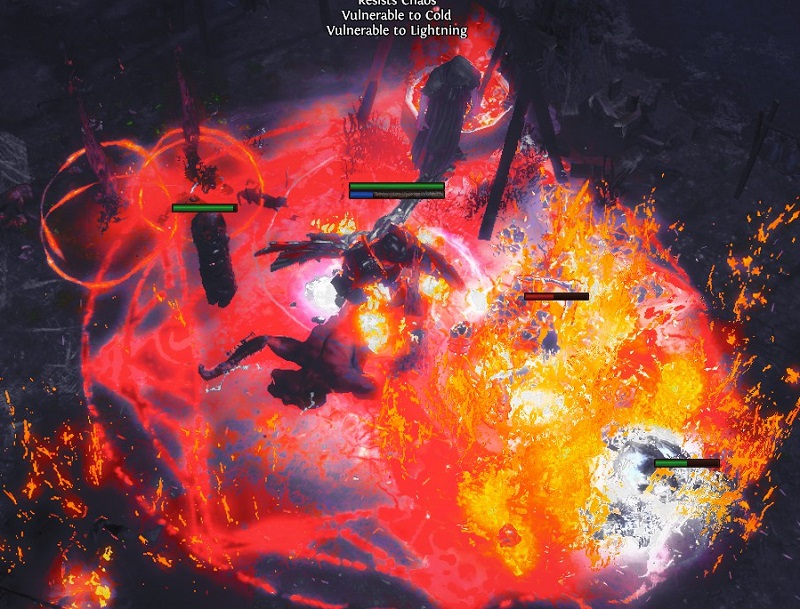 I feel like I’m in a decent place right now as far as progression goes. I might even take a week or two off at some point and pick up this game again later in the league. I went really heavy in hours played at the start and it’s been paying off. I’ve been cutting back my playtime a lot as the weeks go by. It’s amazing to think this league only started on March 8th and I’m already this far along.

I am looking forward to seeing stuff in the core game I’ve never seen before. Along with getting to the end game boss in Synthesis. I hope everyone else has been having fun and progressing along.

Screenshots were taken and content written by @Enjar about the game Path of Exile.