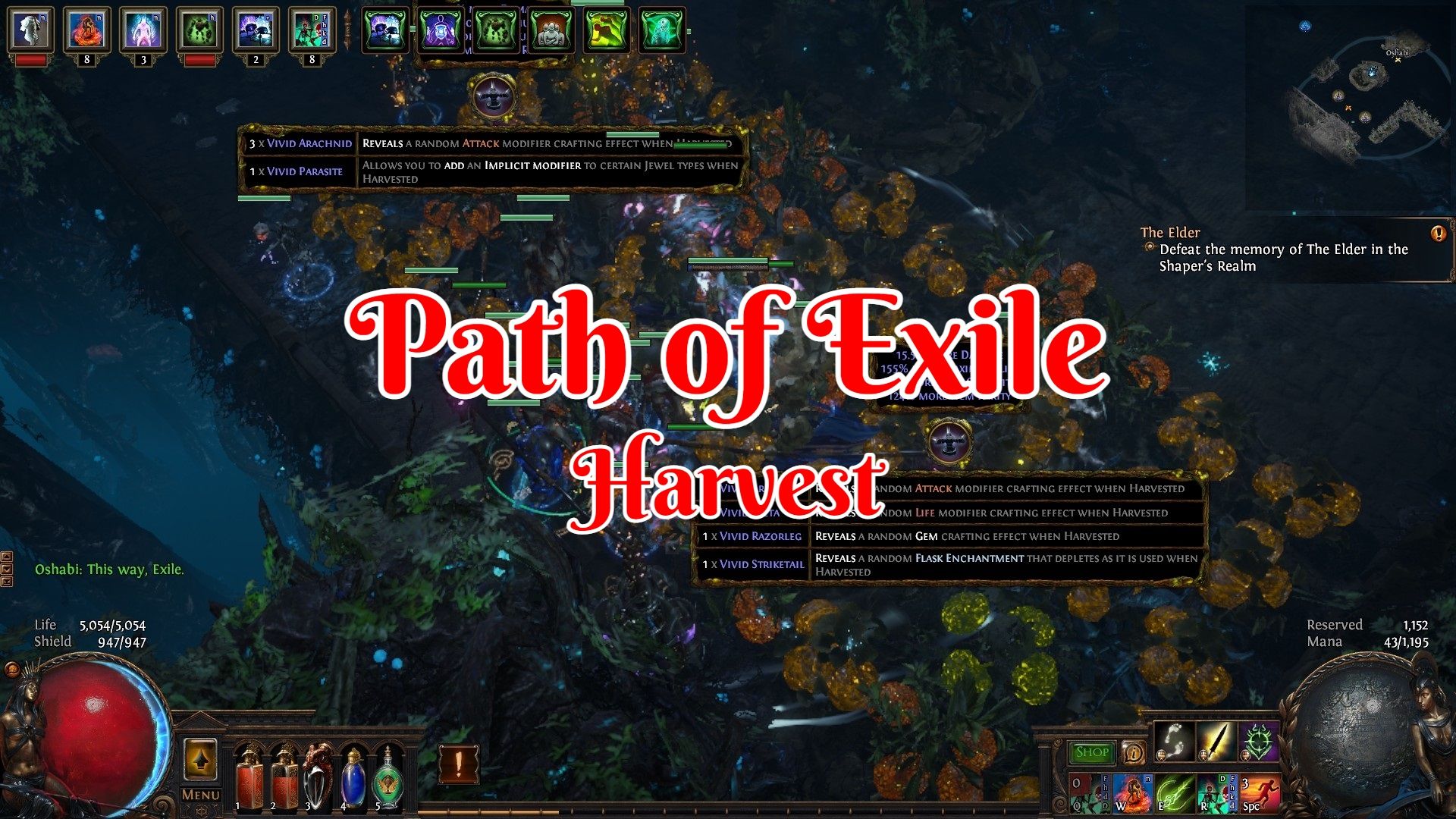 Harvest is yet another league that I was not around for. I’ve entered the Harvest Sacred Grove a few times. I found the place rather confusing and a bit intimidating. While most leagues have a heavy crafting component to it. Harvest I would consider being on a higher end of it. If you are not a crafter it feels there are many reasons to just skip over it as I tend to do.

I find myself in this league wanting to play some insane builds. To be able to do that I’m going to either need to earn more currency than I have ever had combined in Path of Exile or learn to craft better items. Despite my enjoyment for crafting in other games, I tend to steer clear of it in Path of Exile. 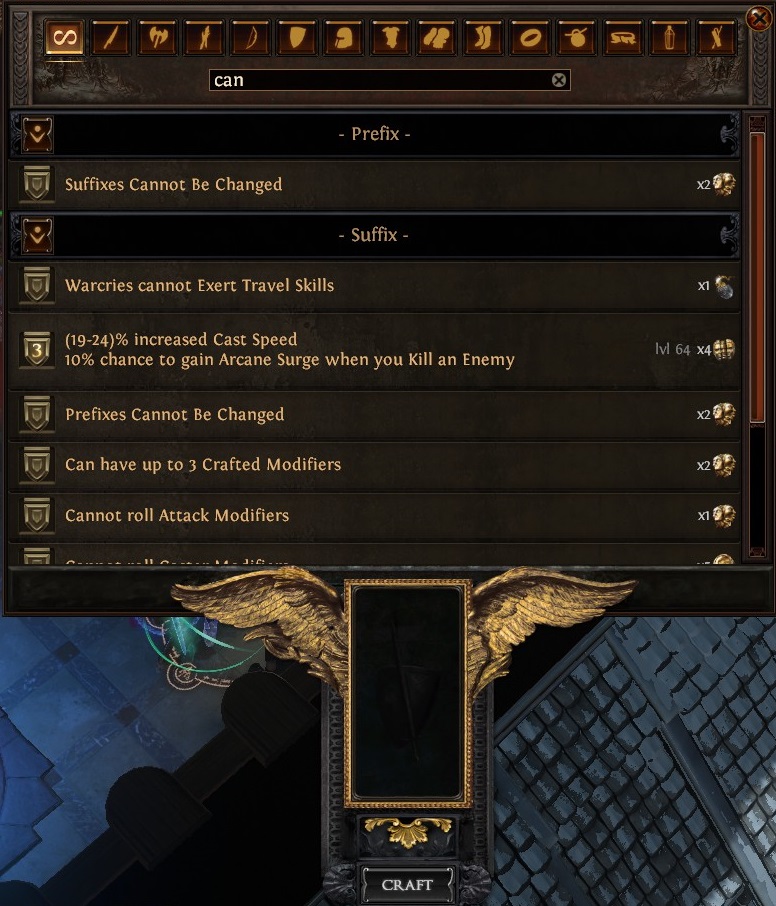 Every league I do unlock some of the things you need to go about crafting. A lot of the basics stuff for adding resistance and life. Along with more advanced options such as suffixes cannot be changed which costs a whopping 2 exalts per use; of which, I have never used.

I also unlock a lot of veil modifiers from betrayal. Pick up fossils from Delve. Loot some essence from torments and so on. This usually allows me to take an item that is almost what I’m looking for and do a little crafting to finish it off. Just some “basic” understanding of crafting has saved me many exalts per league over the years.

One thing that has become quite an important thing for crafting is Harvest. This league mechanic I keep bumping into opportunities of items I almost want but they are lacking a Harvest craft to get the item all the way there. That however will still not be enough. That just taking ok items and making them a little better. 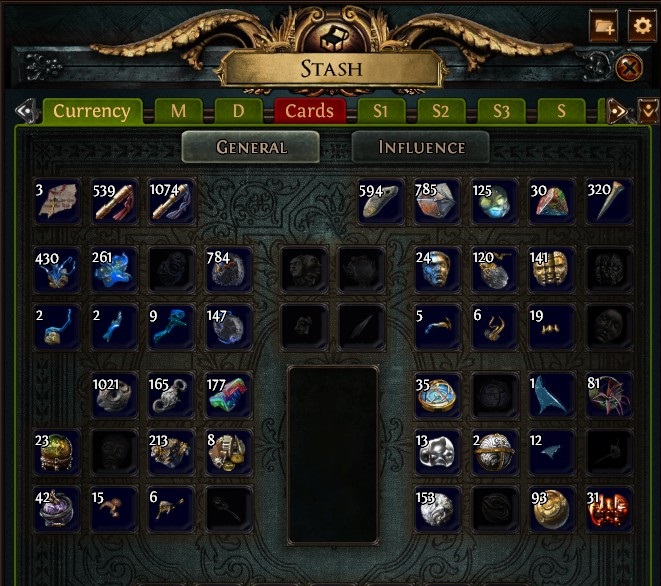 If I want the good stuff I’ll need to craft from a base item up into what I want. That will mean I’ll need a lot of crafting currencies and a much deeper understanding of things like Harvest. I might even need to re-do my Atlas passive tree for harvest nodes at some point when the time comes.

It will still be a while before I start blowing a lot for learning crafting for what I have in mind. Until then I thought I would start exploring Harvest and start running them every time I see them. As I will need a few things from it. When you are out and about such as running a map you have a low chance of finding a portal to the Sacred Grove. In there is a crafting bench for storing Harvest crafting, and “fields” you choose which to harvest to unlock different crafting options. We can see in the screenshot above I’m at one such field. I have to pick between the two which set of modifiers I want for crafting. The better they are the harder they tend to be in terms of damage and life on the monsters themselves. 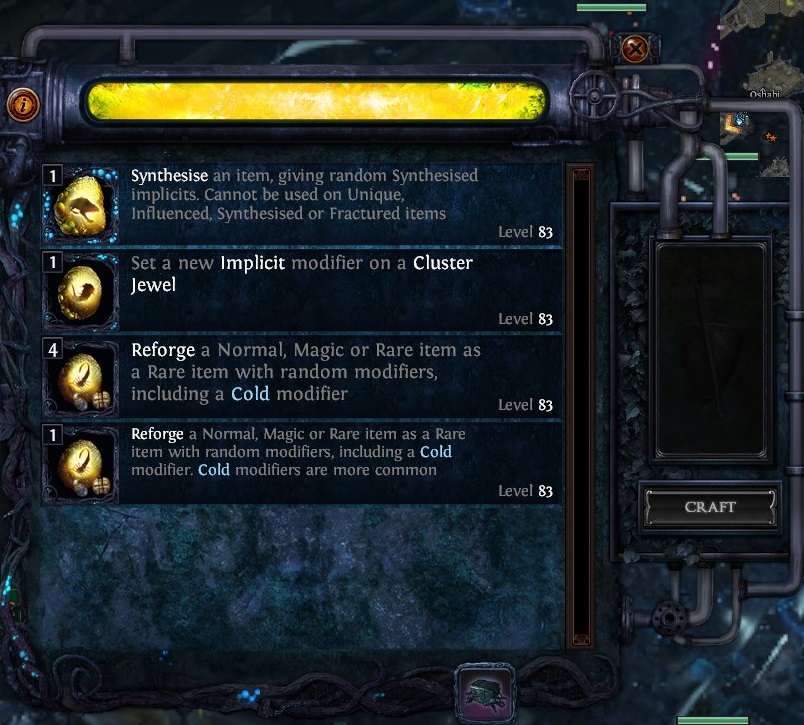 Once you defeat the monsters you get to see what options they had. There is a lot of RNG in trying to get what you want. For instance, you could see an option to have crafting options for adding links to an item. You could get a four-link which is not that great since they are rather cheap to get. I also assume you could get a 6-link option.

The best I’ve seen so far is a five-link for the item. You can save up to 10 crafts on the special Harvest craft bench to use another time. This is important to do as the next time I find another Sacred Grove the gardens will be different and you never know what you will be getting.

Each time you craft or save a craft it drains the life force of that garden. Sometimes the options you have ended up with a few uses on them. More times than not they are just a single-use crafting option. Crafting for gear is not the only possible thing you can get either. There are other things like gambling options to take a stack of one thing and turn them into another. In this instance, I could change a stack of fossils into a different type.

I took the cheapest fossils I had to give it a try. The ones I got back were only worth a little more. It is interesting though that there is a chance to get back a smaller amount of fossils you put in. I’ve even heard of an instance where high-end items are at stake and there is an option to get back nothing at all.

There are some high-risk and high reward opportunities. I have not seen anything that crazy yet. If I do and I have the space to save the one I just might. Granted I don’t have the liquidity to be taking on huge risks at this time. My main focus with Harvest is going to be on the crafting modifiers onto items part.

Thankfully while I wanted to explore Harvest a little more the game was quite inclined in having them show up. In a short few hours, I had found six of them to test around and see what it has to offer. There have been days where I’ve not seen a single Sacred Grove.

Short term I am looking for some modifiers that change how quantity affects an item. It is the reason that first got me into wanting to understand Harvest a little more. There was often quite a high price difference between items that had it and those that did not. Even though in most instances it only improved the item slightly.

Many times in Path of Exile getting that last 1% makes or breaks things. It is also the difference between cheap and experience items. If you are not looking to do things at a crazy level in Path of Exile an item that is 85% of the kind of what you need in many instances is enough. On the other hand, you sometimes l lust for more.

I’ve never had items I could consider to be mirror-quality items. They are often known as “perfect items.” Where all the stars are rolled “perfect” or near as anyone has gotten.

Those kinds of items people will spend one of the most expensive currencies in the game called Mirror of Kalandra. It will duplicate or as it’s called “mirror” the item. Just one of these things right now is going for over 350 Exalts. On top of that people charge a crafting feeling of sometimes 50-100 exalts.

The end game of Path of Exile is quite an insane one when it comes to gear. Stuff that I’ve never had or seen myself in the massive amount of time I’ve played. It’s the stuff players dream of. While my goals are not quite that extreme, having a better understanding of Harvest will get me closer to the kind of gear I want that I’m going to have to craft for. 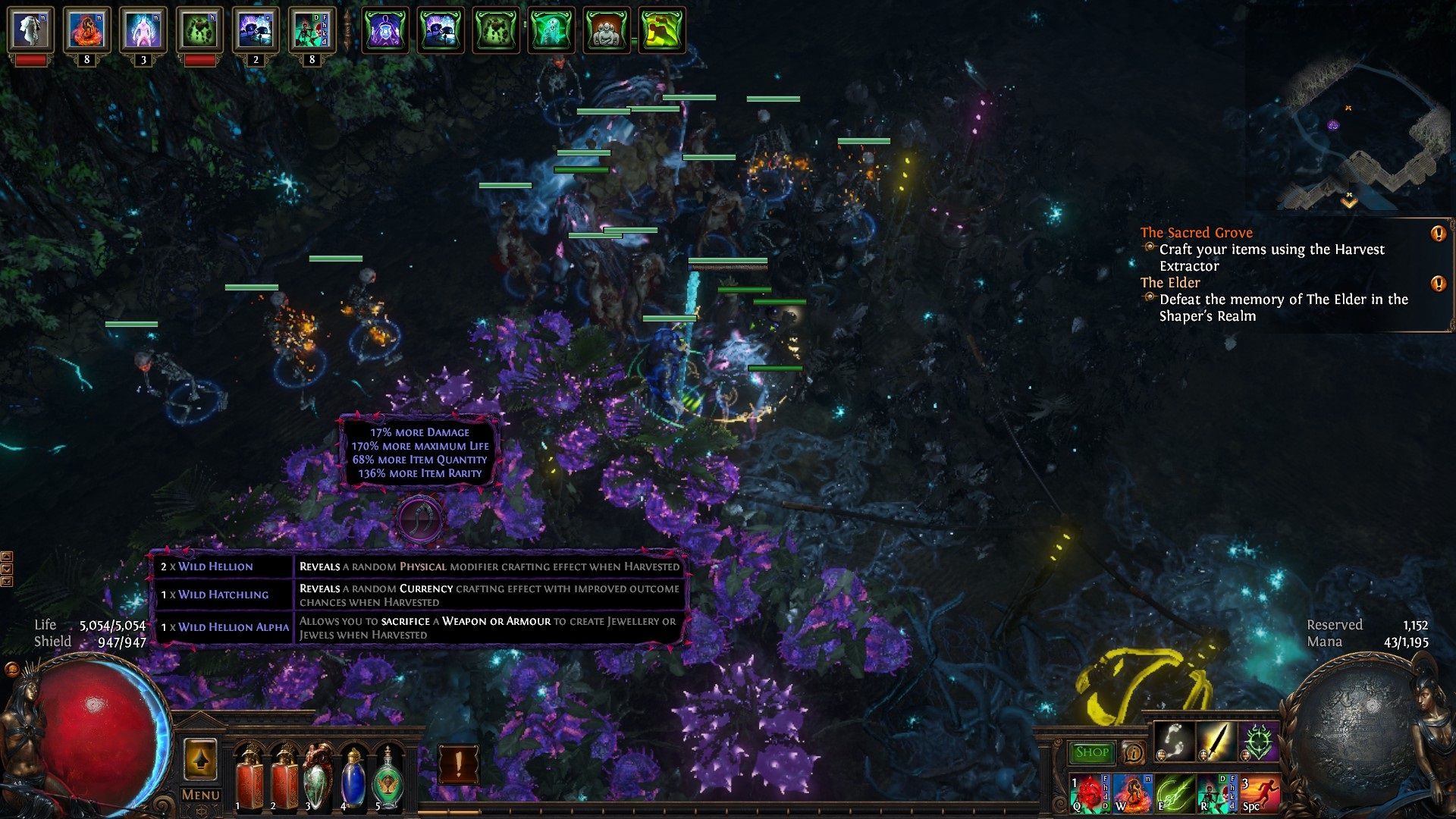 Every league I wonder what my end-game goals are going to be. Looks like I have found this league's goals. For that, I’m going to play a different class which means leveling up another character. My necromancer is just not doing what I was hoping it would.

In the last league, I thought it was crazy to have my goal be a headhunter. Which I ended up getting and farming in ways I never thought I would. While that was around 100 exalt purchases at the time the stuff I want this time around could be worth over 300 exalts just for a single item in some cases. That would be if you could find that kind of gear on the market which is hard to find.

For now, however, I’m quite broke in the game which seems to be how it always is. I have a bit of grinding and playing around with some other things. Hopefully, I’ll keep getting more Groves so I can start saving crafting modifiers I want.