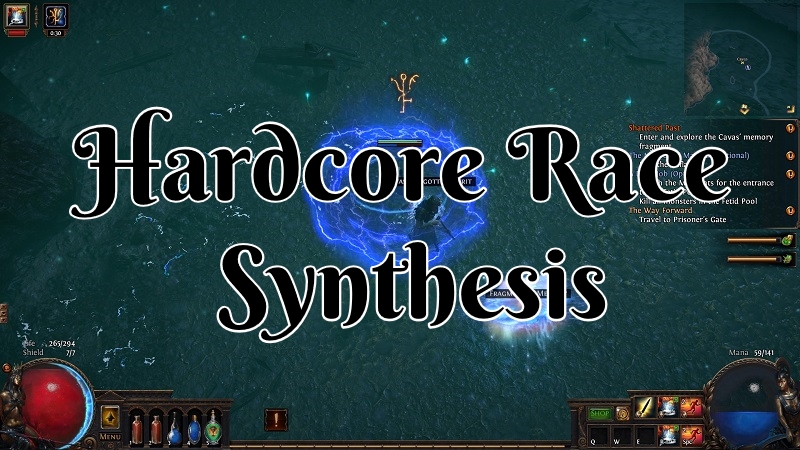 I had some heart pounding and amazing times during a 24 hour solo self found hardcore race in Path of Exiles new league Synthesis.

Solo self-found and hardcore is always quite a beast. It’s all about hoping for some drops and trying craft yourself what you need. With the changes made to crafting not too long ago, it centrally makes it a little easier to put life on gear if you can afford it or anything else you might be missing. I mostly just focused on life since I had some decent resistance.

First RIP Of The Night

I love Shadow as a league starter so it’s no shock I went with that again for this race. It just leaves me open with a few options to take depending on how things feel and being able to switch quickly.

I first went with a basic trap, and freezing pulse with onslaught setup. I later tested out some essence drain since it targets the life and ignores the shields takings down some bosses rather fast. Along the way, I picked up Flame Dash as my moment speed. Not the fastest thing to have but that what shadow tends to use early on.

I later traded out my traps and freezing pulse for the new skill Soulrend once I unlocked it. It’s quite amazing to watch it spread and just the damage it causes bypassing shields and going right for the life of anything you point it at. I paired it with Lesser and later on Greater Multiple Projectiles Support to increase it from a single to a few and really clearing out packs. When I was in a single target situation like a boss I removed Multiple Projectiles and replaced it with another damage dealing skill.

Most of the time I’m use to using something that just clears the screen almost instantly. Soulrend has very short damage over time that goes throughout a pack picking up speed and decreasing in time the further its chains. This gives it a very short couple ticks of waiting around than then entire packs just getting killed. 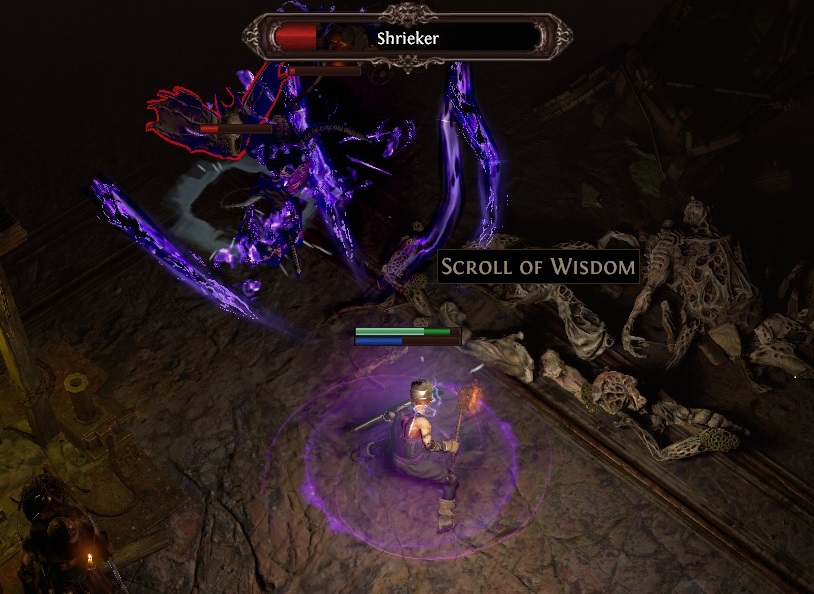 With how quick it can take off it was rather hard to get a good screenshot of it eating up entire packs. A few times I would find entire screens just murder as I moved forward with it.

I tried crafting and checking vendors for upgrades a few times nothing really interested me when I remember to look. I at least had a fair amount of resistance on most of my gear even if it was rather lackluster. Not quite sure how I even got as far as I did with what he was wearing. 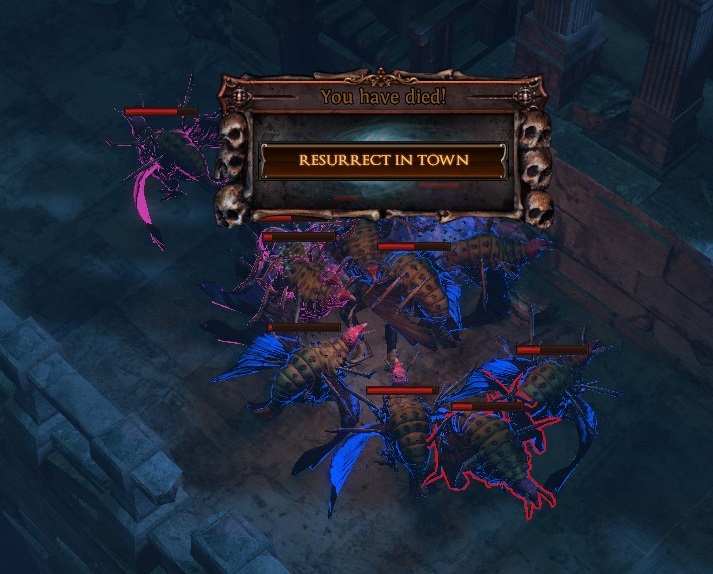 This left me in some rather hairy situation that ended up being my death on this first toon. I shield charged towards a pack with overconfidence and got surrounded and killed! RIP level 33 with frankly some horrible gear. 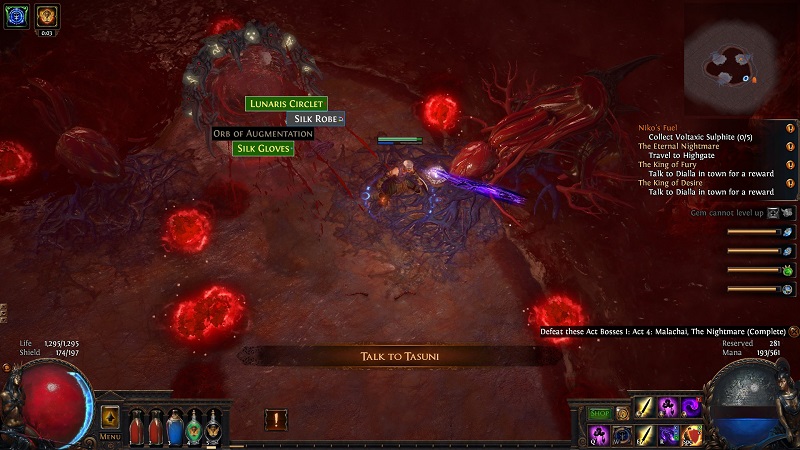 After the first one got whacked I made another character and took a very short break to collect myself. Thankfully I had some things in the bank to help make the process of starting over not so painful.

I ended up stacking quite a lot of life on this guy he was over 1,200 with 65+ to all resistance. I also picked him up a giant shield that had double life mods on it making him quite a tank with good damage as well.

This time I made it past where I got killed and finished off Act 4. Where I stopped. I was getting too tired and no longer trusted myself in hardcore. I’m so overhyped for this league I’m not even writing a long wrap up of the race! I just want to to go go go go!!!!! 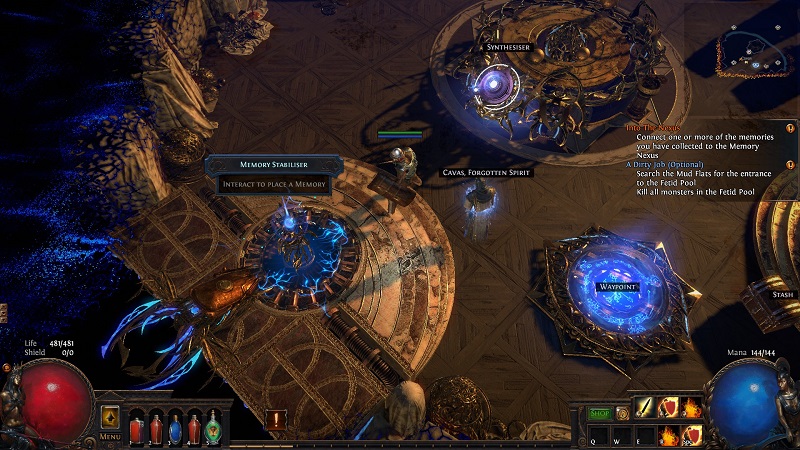 I have been taunted long enough by you Cavas it’s time we become good friends while I swim around in your memories!

Cheers to all those that enter. I’ll be going back into hiding in softcore for the remaining of this league!

Content is written by @Enjar about a race I was in for the game Path of Exile.