It has been an interesting past couple of days finding sweet spots to offload my crafted goods into the games market. While a lot of areas had crafted goods going for less than the salvage value of the product in question. I’ve been up to some of my usual antics in a game like New World.

One of the biggest things I was taking advantage of until recently was the fact that many starting towns lacked high enough crafting stations to craft Steel items. A lot of crafters also moved into the more developed towns. Leaving behind some underserved populations of players since the marketplaces are regional.

Instead of selling tools that I’ve been focusing on for say 25 to 50 gold each. I had the opportunity to list them for 150 to 1k depending on the location, competition, and if that town had a crafting station that was high enough to allow crafters to make it there.

If I had started the gamer sooner or had some beta knowledge of New World I would have taken some bigger risks. For whatever reason, some crafters are listing items so silly cheap they would have been better off salvaging them. The one or two steel bars they could have gotten back at the time would have a higher listing price than the items they were trying to mass dump. 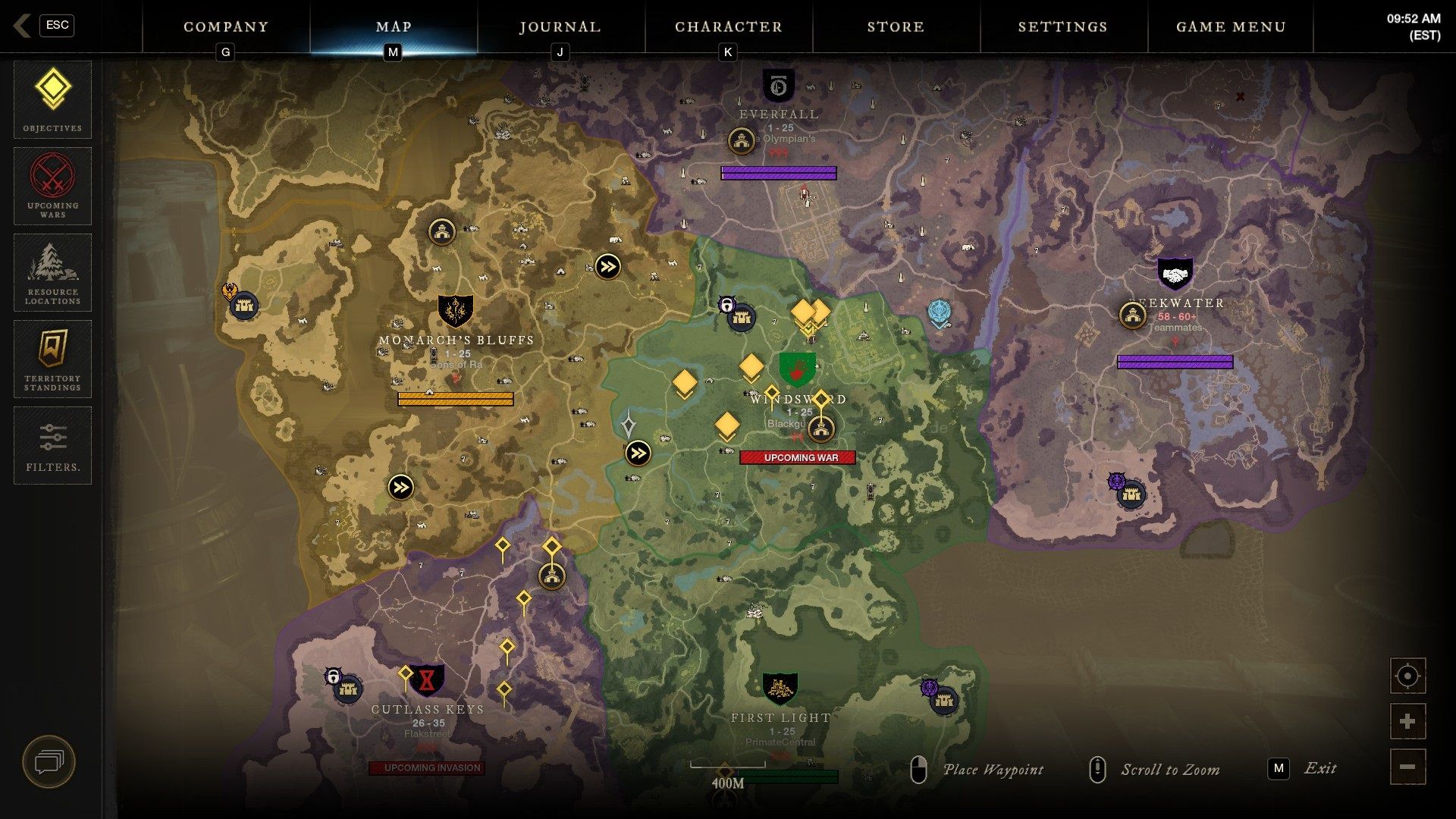 Once I was able to teleport around to the different towns I loaded up my inventory with Steel tools and some other items. For a while my plans worked as a lot of the starting towns had zero of the items I was bringing over to them.

I then would place items on the market in different price ranges. I wanted to sell some items cheap enough that they had a decent chance of selling. While still, high enough a single sale would cover my extra costs for moving the goods outside of where I was crafting them. Along with covering the higher fees, I was going to pay on the market for everything else I was going to sell at a much higher price.

I had one town I went for some rather large plays in. The crafting stations there were quite low compared to everywhere else. It seemed like that town was struggling due to a lower population or perhaps that faction just did not care for that town.

The markets were also rather empty. Being an opportunist I listed items for 500 to 1k gold each. Most of those items were going for 50 gold or so in other markets. Since I was crafting these items myself anyways and would just salvage if this failed it was worth taking the risk.

The next day I logged into New World and was not that shocked the items did not sell in that town. I had a few other sales elsewhere but I knew those prices were far more reasonable. While I was not planning to check in on my items since I had them listed for 3 days I wondered.

I went over to that town to see if someone was just undercutting me by 1 gold. That was not the case. Someone had offloaded quite a few steel tools for 5 gold each. There was nothing else other than my 500 to 1k items on the market.

So I did the only reasonable thing and bought them. Steel at the time was going for over 10 gold each. I had other markets I had not listed tools in yet and since they were cheaper than the crafting costs to make them I felt like that was a win. I would have preferred the crafting experience from making the items myself.

A few hours later a couple of items sold for 500 gold each from that market. This more than covered my cost to buy out the market. After that nothing else sold. I had a feeling the person who I bought out might have restocked and I was not wrong. They flooded the market yet again this time asking for 40 gold each. While 40 gold was still cheaper at the time than other markets it was not cheap enough for me to risk doing another buyout.

Being in the steel and iron tools market for a couple of days was interesting. The server I am on is now at a point where the towns I was taking advantage of have leveled up their crafting stations and people are starting to flood the markets with overly cheap tools.

For whatever reason instead of people undercutting me just for a little bit they list for next to nothing. Even more so since they are listing for 14 days and almost paying 5 gold per listing. Add on top the transaction charge and they would have been better off just salvaging the items and doing more crafting. I played in a few other markets than tools as well. Sadly the quest rewards and item drops have obliterated a lot of those markets to the point I don’t even bother checking prices on. While I did try the same tactic as I did for tools for weapons and armor. There was little success if any.

There were some interesting antics other players were getting into. One place I was checking the market someone had bought out the entire supply of Weak Proficiency Boosters. They were trying to sell them for 100 each. Since I had a bunch on me I tried selling some at 10 each. Not even 10 mins later that market was flooded with more boosters selling for .03 each. Eventually markets dry up. Since they turned off new players being able to join the pool of players I was looking to make some fat gold stacks from died with it. Many players are starting to move beyond Steel tools as well. The starting cities are also starting to turn into ghost towns.

While I did not make insane amounts of gold it will help cover buying some homes once I have the faction to do so. It’s always a thrill when you can sell an item for ten times what it is selling for in other towns. Now I get to see my screen flooded with the dreaded sell order expired notifications.