One of my goals in New World was to acquire the most expensive house I could in the major town my faction was set up in. I wanted some of the perks that came along with housing such as being able to expand your storage capacity in the town and a free teleport to the house every two hours. What I was not expecting was a large amount of effort and cost of getting that house.

On the server I’m on the faction I’m in took things over and turned Everfall into their central hub. As a crafter and gather by trade in New World I was all too thrilled that the economic hub for the server I was on was also the main area for the faction I was in.

Acquiring the highest tier of the house in New World requires having territory standing of 30 for that area. While I did complete all quests in Everfall. Along with, making it my main hub for crafting among other actives such as hunting. I was quite short on this mark. 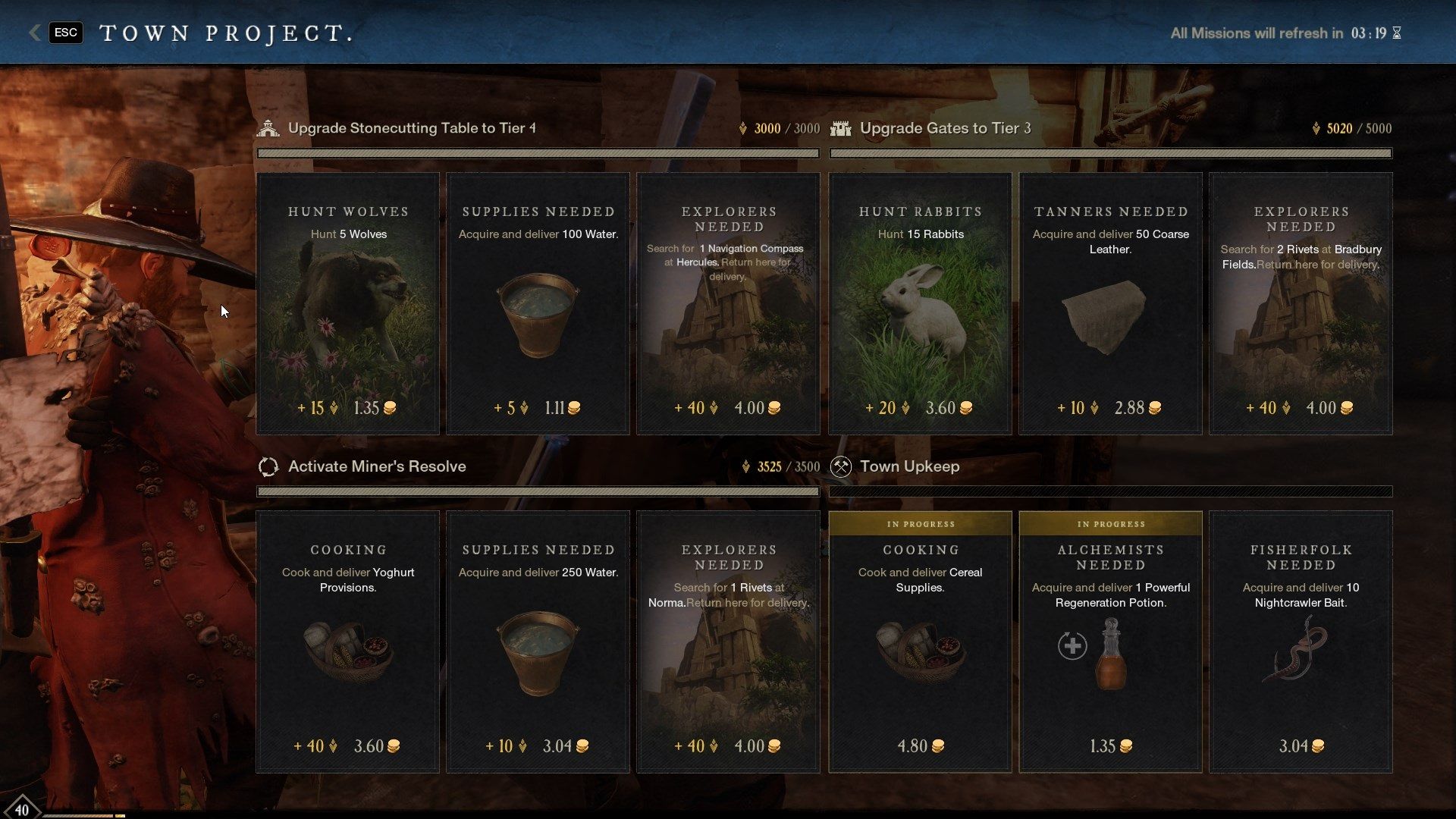 As a result, I hit up the town project board to take on as many missions as I could for 250 to 750 territorie standing each. Some of them were quite easy to complete since I had a lot of crafting supplies on hand and making mana potions or delivering steel bars was easy. While other things such as having to go out and loot chests took up much of my time.

To the best of my ability every 30 mins I returned to town. That is how long it takes before the Town project board refreshes. I would turn in what I could, cancel the missions I could not, and kept anything I was almost finished with.

That went on for several days of just grinding out standing before finally hitting 30. While I did not need to go to such extremes for the lower-tier homes. I wanted to take advantage of the first-time home buyer discount in a town of 50% off the price. I ended up selecting this orange house due to its location. Being a crafter I wanted to be close to some of the crafting stations in Everfall. This house happens to be right next to the forge and smelter. I tend to use them the most.

While the original price for the house was 20k gold. With it being the first one I bought in Everfall I got it for only 10k. Since you are limited to how many homes you can even have in the game I don’t see many wanting more than one in a given town. This however is not the most expensive cost of homeownership.

In most games that I’ve played in the past that had some kind of housing they have upkeep costs to keep them active. New World is no different as you have property taxes and the rates are set by the guild company that controls the territory.

What I was not expecting is having to pay every 5 days. That just seems a bit excessive. I understand that different guild companies in the game go to war with each other for control over territory on quite a frequent matter. However, paying 795.13 gold at the current tax every 5 days makes the monthly taxes just about half of what I paid for the house.

The good news is if you don’t pay the property taxes you just lose the benefits of the house till you pay to active them again. Homeownership comes with some cool perks in New World. The highest tier of the home having a 2-hour teleport back option. You can also craft storage and place them in the house. Along with bonus items.

With Everfall being my main hub for selling and crafting. I feel there is quite a large value in being able to teleport back to the town every two hours with everything I have gathered. This allows me to set up my binding point in a different area and I’m not having to burn as much azoth teleporting between towns.

New World also suffers from some rather strict storage space if you are a crafter. I’m the kind of person who has multiple towns storage sheds filled with different crafting ingredients and goods. At some point in the next month or two, I could see myself struggling to find enough room.

Thankfully homeownership allows me to add a little bit of space to the storage town. It’s however not cheap. A lower-end Hewn Log Storage Chest on my server is going for 500 - 1,500 gold each depending on the time of the day and the demand. 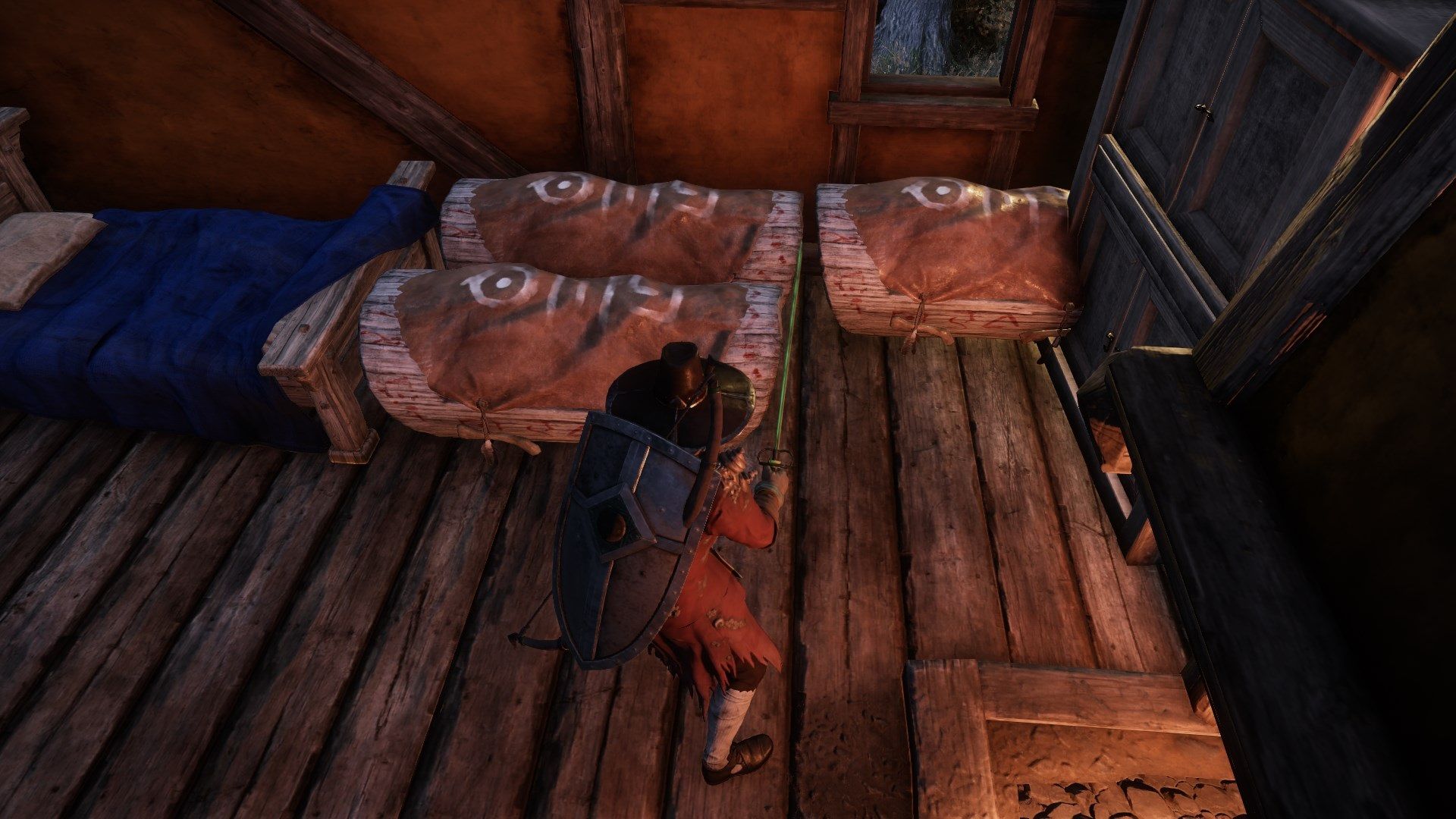 Hewn Log Storage Chest is sadly rather ugly looking in my opinion and bulky at that. In most homes I’ve visited in New World the owners seem to just shove these things into the yard. Anywhere else it can feel a bit cramped such as where I’ve set them up in my own home.

While I can have four chests in the highest tier house. I have yet to craft my last one. The Hewn Log Storage Chest requires a Minor Rune of Holding which I’m all out of faction to buy another along with some other items. I also have plans to grind out my furnishing skill to 85 so I can have Iron storage chests instead. The last major bonus to homeownership is placing items that grant a bonus called trophies. The highest tier house has 5 slots for trophies. They are sadly still out of my furnishing skill range to craft. They can grant a bonus to the gathering, crafting, and even combat skills. The materials to craft them seem to be decent with the biggest barrier to entry just being the skill itself.

The biggest downside other than the taxes on the home system in New World is the size of them in my opinion. Despite owning the largest house I can in Everfall this thing feels tiny. While not the smallest I've ever had in a game such as apartments I’ve had in other games. It feels more akin to that kind of size despite it being a house for useable space. While the houses are instanced with the highest-scoring ones being on display to the public. I feel these could have been larger spaces. My downsize area can hold a couple of chairs, a table I can’t be bothered crafting, and a non-functioning “cooking” area I’ve set up. While my upstairs is just a small bedroom. While it has more useable space than the downstairs many of the homes I’ve checked out seem to suffer from the same issue. The stairs take up quite a large portion of the house. The amount of useable space inside is frankly not that great for this being the most expensive house I could buy.

Outside of the couple of things I’ve mentioned there is not any other utility to house ownership that I’m aware of. I do find it a bit disappointing. I can’t do things like a craft from inside my house. I can’t do something like teleport over to my friend's houses as far as I’m aware.

While I’m not myself a role-player kind of gamer. I feel like the housing in New World is also lacking enough useful nesses to attract those kinds of players who enjoy that sort of thing when it comes to housing in a game. 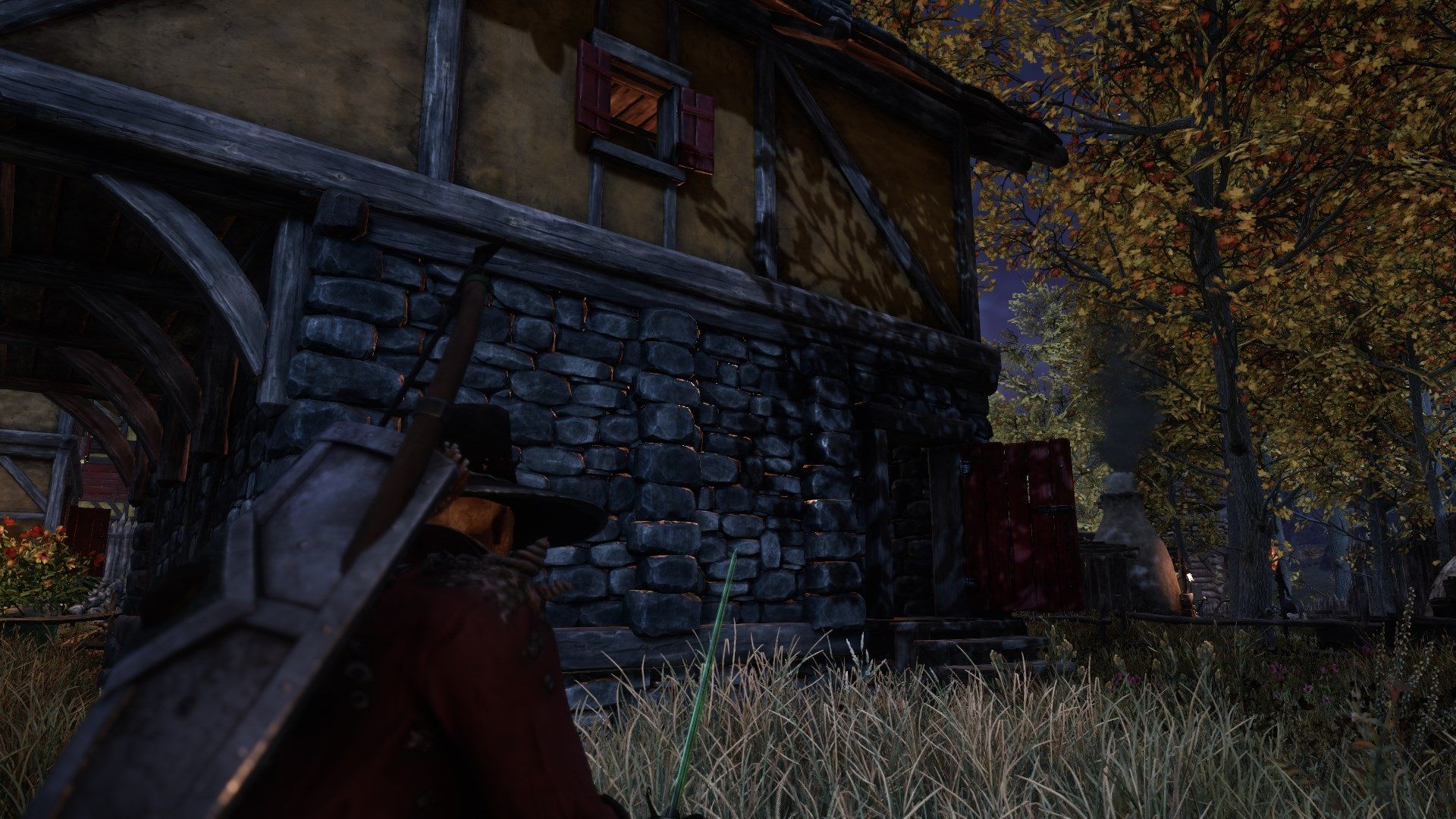 If it was not for the fact I’m a crafter. I’m not sure I could justify the upfront cost and all the taxes homeownership has in New World. I need as much storage as I can get. While also needing to make frequent trips a few times a day to the town that meets my crafting needs. This for now is in Everfall. That however might not always be the case resulting in me needing to make another large investment in another town.

There has also been an interesting development since I’ve bought this house. The faction I’m in no longer controls the territory my house is in. It is also common knowledge that my faction invested heavily into the town including getting houses. I am now at the mercy of the tax rate of the enemy. Thankfully if it gets too bad I can just stop paying my taxes and no longer gain the benefits of homeownership from that house. I could also abandon it but that seems like a waste of gold.