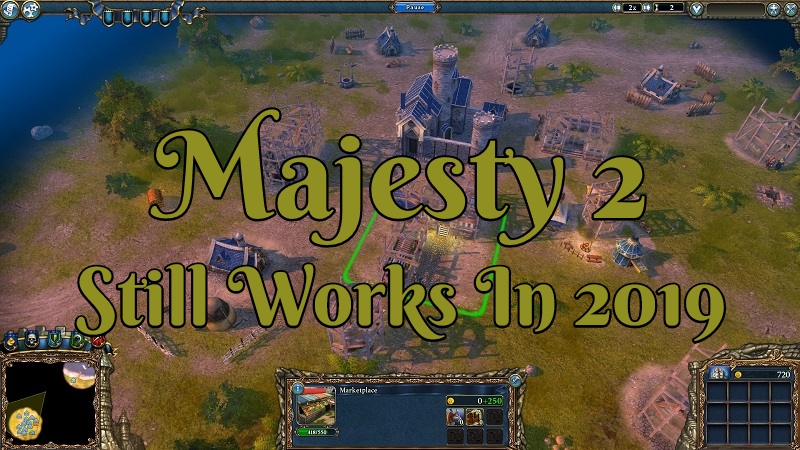 While in the modern day of gaming a title like this is considered long dead and forgotten it’s still playable for the most part. Along with brining some nostalgia and fun to an afternoon!

I often wonder how games like these hold up after a significate amount of time has passed. This game was for a while a big fun factor in my life. Somewhere long forgotten I might still have the CD from my childhood for Majesty. Thankfully I have a digital version of its sequel!

Parts That Did Not Hold Up

With so many games these days having an “always online” requirements will they survive a single decade of time passing by? Majesty 2, you get the “no internet connection” found when you load up the game itself. Which I think right there is going be a major kill for most games out there. While there is a fix listed in the steam forms dated from 2013 I don’t really need the extra access to those resources anyways.

With how old the game is nowadays as well there no development left. Which was stated back in 2014 regarding Multiplayer. What they have at least is a wonderful single player game and to be frank I only ever played single player.

The graphics are also quite dated. Which is to be expected they do have some nostalgia value to me as such I did not mind them. 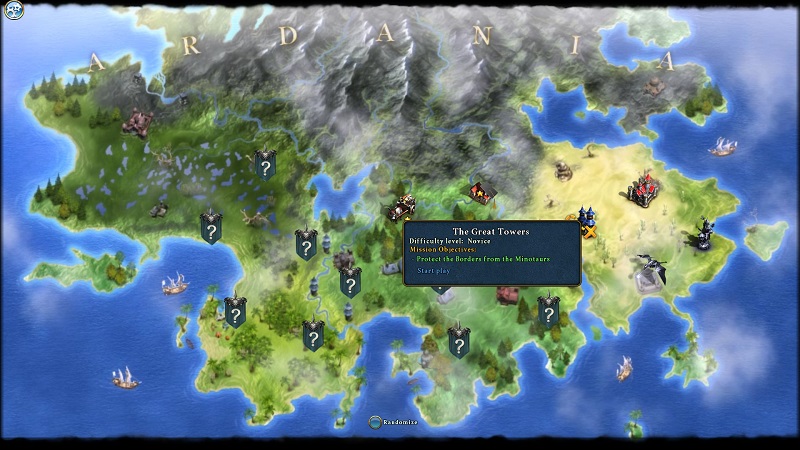 This is something you are finding less and less as the years go by in gaming. This was a big part of the game itself. It made the tutorial of the game as part of the progression. As you get further along in the campaign the game got harder and you were given access to more heroes, buildings had challenges.

That is one of the things I admire most about how they weaved the story of this game and the development of the player in it. They always set a goal and you had a purpose for going out and doing something. You just did not need to build a Trading Post you had a reason for doing so and learned the purpose of that building from doing so. 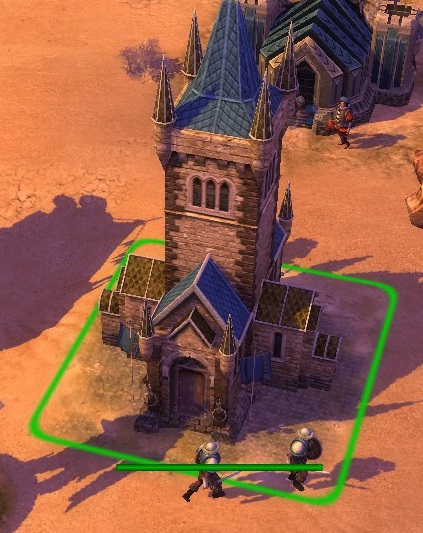 They also gave you some carry over from campaign to campaign a building called Hall of Lords. Where you could after the game finished promote a single unit. Now you could only use four of these units in another game but it allowed you to call down a more powerful hero that you got to build up throughout playing the game. The hero got to keep everything they had from the last games played but would cost a high price.

The campaign also stated how hard each mission was on the map and gave you options on what you wanted to do next. It was always nice as you progressed to have just many options to go after next. While you did have to do them all to move forward sometimes you just wanted something harder or around the same level of what you just completed. This also meant if you failed a mission or become frustrated you could try a different one and still have forward progression.

You also have control over how fast the game plays. Only setting to default speed during dialogue moments as the game went on about something. If you found yourself in a very interesting battle of healing units and strike down enemies with lightning bolts you could slow down the game. You would also speed it up to five times which make it great for a returning player like myself to finish a number of missions in ten minutes or less each for a few of them. You did not need to wait around if you already understood the game you just got to enjoy it at a faster pace.

You would think all modern day games would have similar or better game mechanics to this by now. While some of them do most don’t seem to know their roots in this genre of gaming. Issues and ways to make a game fun again where solved a decade ago and yet need to be resolved again by the modern day developer trying to reinvent the wheel. 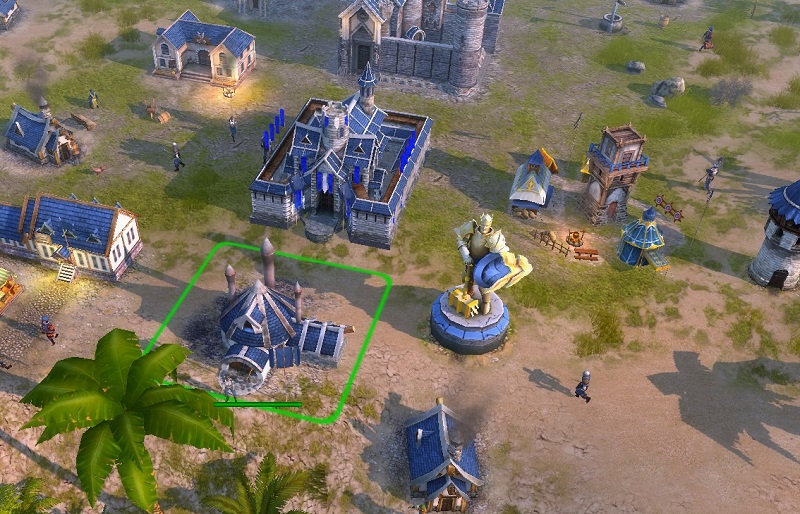 The building of your fantasy kingdom was a huge part of the gameplay. You had everything from the economics of it, defending it, and expanding on how you set things up. A poorly design kingdom could easily have issues with your building getting destroyed or it is so far spread out the heroes could not come in time to defend parts of it. 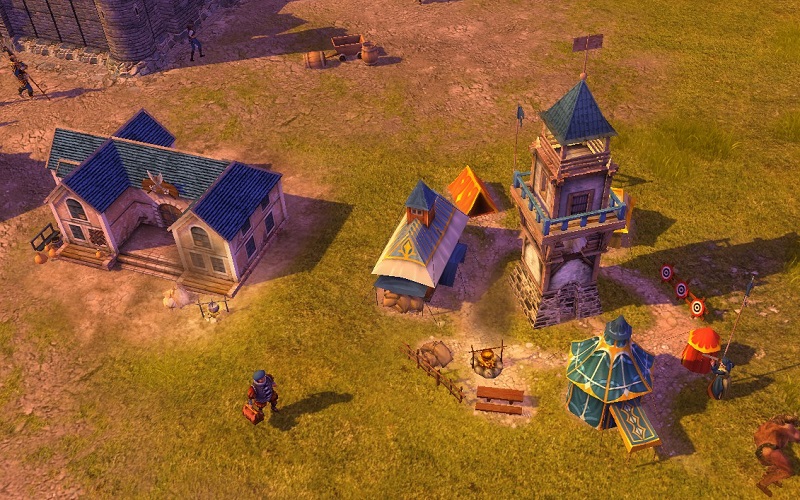 You had guilds where you could train up warrior, rogue, cleric, ranger, wizard and so many others as you got deeper and deeper into the Campaign. These all hold their classic roles from tanking or dps or healing. They also had skills each one could be trained in for better tanking, damage dealing, or healing. You also had to invest in each building for the member of it to have those benefits.

Later on, in the game, you gained access to temples that allowed you to have even more powerful version of these classic types of heroes. They would come at a great cost but could also provide access to more powerful spells and just take dominate the battlefield.

They also had a number of economic buildings that would collect a higher amount of taxes and funds then other buildings did. The really great part was they all had a purpose and were not just adding to the number of tax gains your kingdom had. The market place would sell basic healing potions to things like an amulet of protection. A blacksmith would sell weapons and armor. You also had things like a trading post that had their own spots on the map that would have to transport the gold it make to your kingdom and survive the trip. All of these gave you reasons to protect your kingdom from looting and investing in what your heroes could buy to make them stronger. 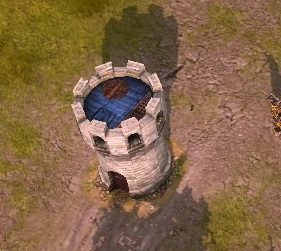 There were a couple of different kinds of defensive buildings. The basic tower could be upgraded and was manned by human guards. Wizards tower was constructed by power and had upkeep cost to keep it firing lighting out. Finally, the dwarf tower had a massive cost to build but was built like a fortress and just shoots down anything approaching it. Each one was a little different which gave its own place in the Fantasy world this game made up.

You also had buildings like the warriors guild that allowed you to call to arms and summoned your warriors back to defend. While this had a cost it often meant placing a warrior guild in the right location could help aid you in defending the kingdom when something got past your defensive or all your heroes were out collecting bounties or off on adventures of their own.

Most of these buildings could be upgraded and incurred higher costs as you built more of the same one. Which help create balance in the game as you could not just mass produce too many of the same kind unless you could afford to do so. They also, for the most part, required builders to walk out and construct them. Which meant those workers needed a safe area or they would get killed and those building destroyed.

While you could not directly tell a hero to go explore a new area of the map or attack a den you could try and influence them with the bounty system this game had. Ah, the wonderful sound of placing a bounty flag on the map and watching your gold disappear as you kept upping the reward till someone finally wanted to go towards it.

While this was a great way to tell the game what you wanted heroes to do. Sometimes they were also not the brightest. If you put out a 5k bounty to go kill a wizard’s tower and it one-shotted them all. They would keep going in one by one getting picked. Thankfully is there a solution to this issue by building an inn and having your heroes all gather at one spot before luring them in with a bounty.

As I often times found I would have a tiny little part of the map left unexplored. Which left me rather OCD about wanting it to be explored the entire map. Sometimes having to drop half the kingdoms treasury to lure one of my ranges to finally get off his lazy butt and go explore it.

While it was never a perfect system it often solved a lot of issues by letting the player just drop a bounty and move on. Now day’s games seem set on having you micromanage every little aspect of the gameplay that the fun starts to fade away from it. I do miss this old solution that just needed improvement. 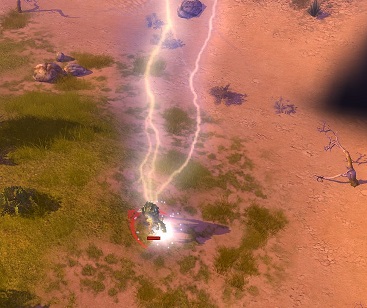 Another fun part of the game was unlocking from buildings spells you could cast yourself that would have an impact on the world. They all came with a gold cost so you could only spam them so many times before having to wait for your gold to recover.

Often times you would have a tank such as a warrior or a healer such as a clear. While they could buy health and mana potion from the market place they would sooner or later run out. As such being able to spot heal if the cleric could not keep up or was out of mana was always something nice to have. It often helps ensure victory instead of that hero running off leaving the cleric to tank and die.

You also had a few very fun abilities that allowed you to cause damage or effect an enemy unit in some way. Nothing like being able to strike down your foes with lighting or paralyze an attacker laying waste to your market till the kingdom would defend that attack. 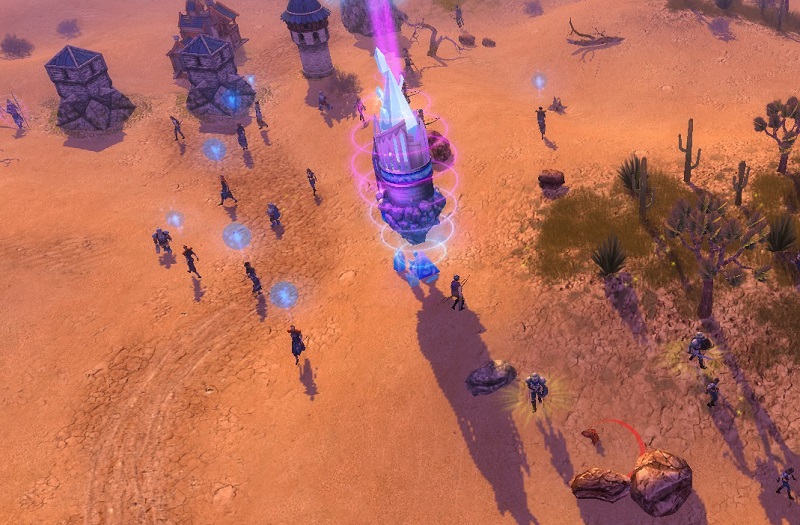 So many games over the years are no longer playable on modern day hardware or simply have shut down there online portions. Requiring players to have to heavily modifying files or running emulators just to get anything to work at all in a game. I am pleased to say outside of a single crash and some featured being disabled. I have been able to play for a couple of afternoons.

This game had quite a lot of fun times to offer and while graphically it did not age the best you could at least read the text still so that a big plus. It was still more fun to replay in today’s times. Which is something Triple A high budget games cannot always deliver these days.

Screenshots were taken and content written by @enjar. Screenshots are from a game called Majesty 2: The Fantasy Kingdom Sim

Another Game Review Of Mine