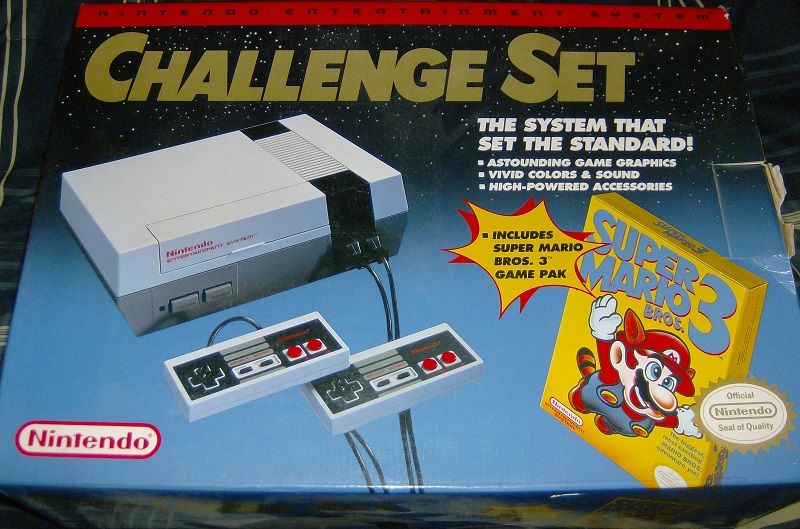 Growing up for part of my life I was a Nintendo fanboy. Literally, I was just a boy and we had Nintendo products. It was so nice and simple back then no updates or patching. You plugged a game in and it worked. No servers being down, no internet, no nonsense! 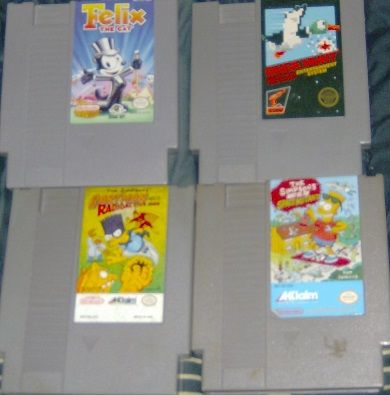 Back then in my area you were either an NES house and you had friends over or you never wanted anyone to come over to hide the fact you did not have one. One of the joys was meeting a new kid who had different games than you. Going over to their house to play that game or vice versa. Often times meeting up with a bunch of friends at one house and everyone bringing over there games.

From when the console was released over here it was not exactly new by the time we were old enough to even know what it was let alone play it. I can only hope by then games were starting to be discounted as we seem to have a lot of them.

Somewhere I have a large stack of old games and yes even the NES zapper of which was complete magic. I at least found a couple and some of these were also my favorite such as Duck Hunt and Felix. You also had that classic Super Mario Bros that everyone had played so many times you would sometimes take turns playing the different levels or playing till you had a death and then switched over who was playing.

Back then video games were not something easy. In fact, you normally had that one friend that could beat the games ending of one game while you could beat another. Which really create some wonderful dynamics of sharing and trying to outdo each other. This also meant if you were the best in your small group of friends at a game you thought you were the best player in the world! No internet or other ways to spoil that fact at least in my area.

One of my favorite games was The Simpsons: Bart vs. the Space Mutants and for whatever reason, I really struggled with this game and that just made it fun. I recall spending way too much time stuck on the same levels. I was just a very young kid I loved playing the same level over and over again and over till I beat it. This is my eyes are what a side scrolled game should be. Not some speed race run completing the game in thirty seconds flat. Where is the joy in playing something you can beat with both eyes closed?

While I would not be shocked if the system still worked today as that never seem to be the issue. Things back then were mad at last and even when things did not work you could more or less do silly things to get them to. You had the classic pulling the video game cartridge out and blowing on it. Some swore by this method of blowing back and forth till it “fix” itself. Others seem more or less just spitting right into the cartridges itself. Whatever was the magic sauce to fixing issues every kid was glad as no one wanted to bring their stack of video games to a place to have it cleaned as that was not cheap with how many games you had. 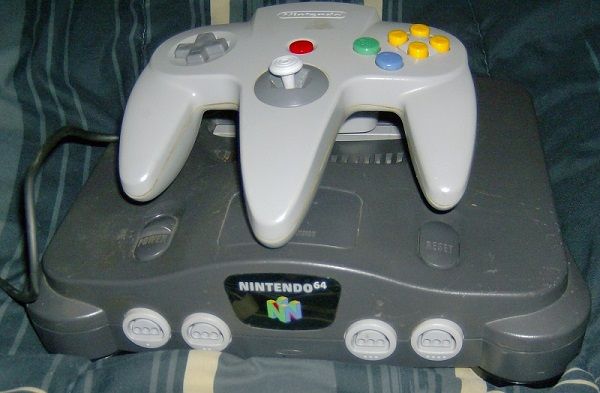 This thing is quite dirty after all these years!
The last Nintendo product I ever owned was this console that was released in North America in 1996.

The analog sticks itself if you ever played this thing created the dreaded Nintendo thumb that I still recall to this day. While I’m sure the first system did as well I really don’t recall that. That was still back in the day where the systems did not break so much as it was the user who worn out first! For those who do not know what that even is. It was blistering and swelling in the thumbs! Ouch, not a fun thing for a gamer to deal with. I can only hope after all these years that was at least solved.

One of the more innovating things I recall about this gaming system was the control itself. It had a bottom slot to plug accessors into. Which include things like the rumble pack which was great for quite a number of games as it made the control shake! My more personal favorite was the Transfer Pak for playing Pokémon.

Thanks to such a simple feature as being able to plug in a cartridge into the control I had an amazing love for Pokémon. I want to say it was Pokémon blue but my memory does not serve me that great. I doubt my parents had the same thrill as that lead me to want to collect cards for quite a while. 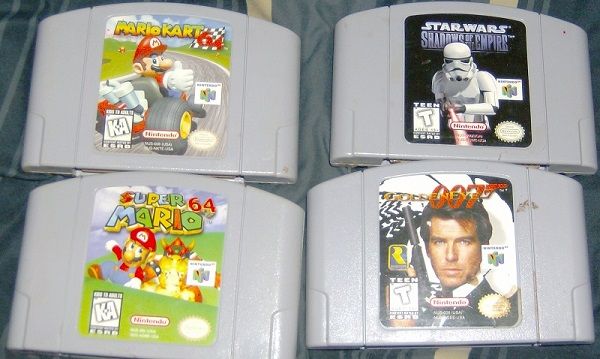 I was able to find a couple of old goodies I had from this one. One of the things that made this system amazing was the split screen to play with friends. Which meant everyone could play all competing with each other and finally ending the debate-- who was better. Nothing like a house of screaming kids all racing each other around a track dropping virtual bananas and shooting shells at each other!

007 was another all-time favorite with friends and winning with detonating mines or other explosives in matches. I really enjoyed just blowing things up. 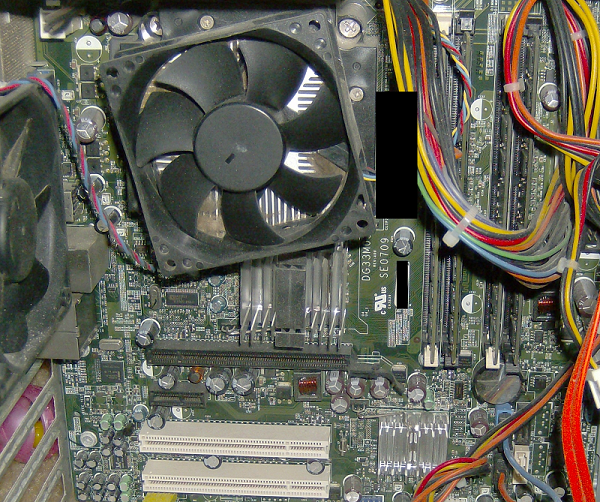 After those two gaming consoles, I never went back after we got our first “family” computer. You would think having some giant bulky thing you could not just pick up and haul over to your friends would not have such an everlasting impact on me.

I was just thrilled by the fact that you could open up the computer case and see the inner workings. If something stopped working you could replace it. Heck, I even built a few of these over my lifetime. It had an endless amount of things to hook up to it. I recall us a printer for the first time and you had to tear the paper sheets once you were done printing to separate them.

I also just enjoyed being free of the walled-in garden that consoles created. Over the years I’ve watched over protective company go after gamers just for showcasing some gameplay. Modding such a device or just what most of us in the pc world would consider “normal” is viewed in a negative way by many of the console companies. While I have centrally over the years been a little jealous of the mobility consoles and even further handhelds and other devices I like having a wide range of options. It is after all that makes it great fun.