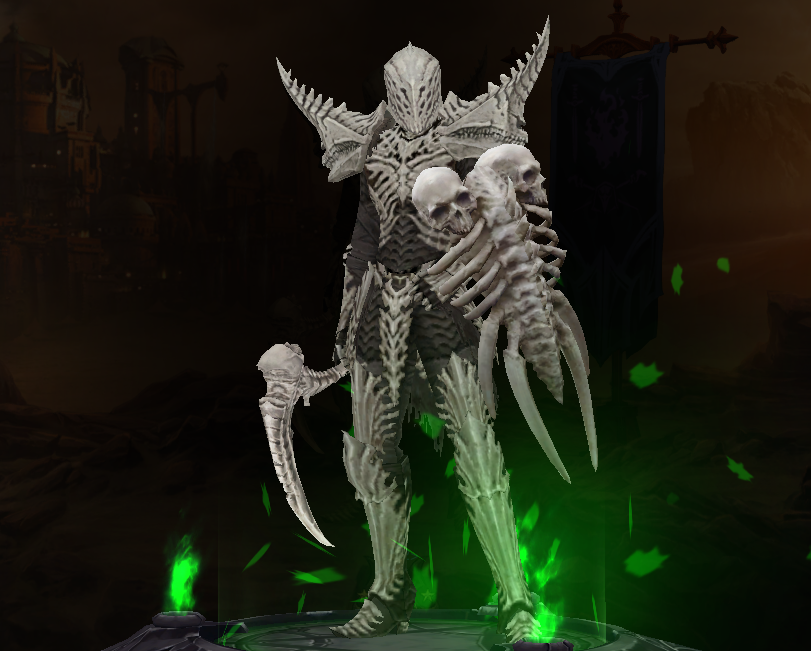 It is a series thing to ponder when you noticed everyone is playing the same exact cookie cutter loadout and I’ll admit I’m guilty of doing this as well myself-- sometimes. Back in my day, you had so little information you actually had to understand the class you played from firsthand experience in MMO's because there just was not a wealth of knowledge like there is today. Nowadays it seems like everyone’s an “expert” at every class in every game when they have never even played something.

It also removes some of that wonderful exploring and getting first-hand knowledge of things. Which is why I often reframe from googling, YouTube, and searching for guides in the first place. Granted with my lack of interaction with people to talk with I do tend to search out this information eventually just to see what others are up to.

Back In My Day

I’m somewhat glad I grew up on games like Everquest 1 in my day (gosh I’m an old gamer now.) Back then you did not go and watch YouTube learn how to defeat something or go read a bunch of public guide that told you “this is the best gear for your class and here are the skills you will use with it.” Least I never did as I was in a server first kill kind of guild. At best you had private form outlines, people to talk with, and ultimately trail and error. Someone would have been hard-pressed to be a backseat gamer for every single class everyone else was playing in the raid. You might have an idea sure, but you were not an “expert” like people act in these times on everything.

We actually had to go into boss fights and take notes, fail, discuss among our self how to improve and repeat this process till we won. This also meant you had to pay attention and be testing out different things while the boss fight was going on. If a raid just got wipe from damage over time you better have tested a few different skills trying to find out what cured it. Was it even worth trying cure? Could you out heal the damage? Do the healers need to burn some cooldowns to get past this part or hold off for later? Do the dps need do a short-term burst to kill what was causing the issue? Along with a bunch of other things that often would talk for longer than how long the guild lasted.

Before I was on a server kill the first kind of guild we had some information as it was months down the road or even year(s) before we beat stuff. Someone you either had a friend in the top guild who leak information or there was something available on one site months after it was defeated. Even that information was only so-so useful to you as every guild had a different composition of classes available to them and skill level. While it might be helpful to know going what cured what, if the strategy you thought you had was going win it more than likely failed. In the end, everyone needed the first-hand experience in doing that event over what little could be learned from reading the information you found. As it was often lacking with unknown entities you had to see play out for yourself to fully understand what was needed for your class.

That is because cookie-cutter approaches only worked so far. People had to understand to adapt things for themselves and make it their own. If one guild was able to kill a boss because they had 20 rouges and your guild only had 5. You did not go “oh sorry folks we can’t do this fight till we recruit, gear up, and train 15 new routes. You found your own way to make it work.

Games back then also did not make it so apparent of what the solution was by proving arrows, lines, and other visual guides. You had to be paying attention to debuffs on you, and what was going on overall in the encounter.

Often times we would be dealing with server first item drops and on a very rare occasion worldwide first drop. It was often not known if there was going be something that fit your class better or not to drop from other fights or next week when you took it down again. Information was just lacking.

The crazy thing is even if something was an upgrade for you. You did not always go in and try to win it. You would often be passing even if you had the DKP (dragon kill points) to win it if it meant someone else would replace a very bad item they had. It was more about the guild as a whole and no one needed to say or try and force such it on you. Members just understood a 1% upgrade for them was not as good as a 20% upgrade for another.

There was a real sense of community back then. Outside of some notes left on the guilds own personal forums you often had people guiding players who had not been around for an encounter before. It usually came down to the person who got your application accept into the guild to give you a general idea or a friend before the fight started off what is going happen. Your class leader going into further details with you in a private message or your class channel. Finally, the guild leader going over the fight in Ventrilo as you clear the next encounter. You became an expert in something by doing it. It’s something that seems lacking nowadays when everyone can just Google for the answer instead of having to look out for one another and teach.

Everyone is the same 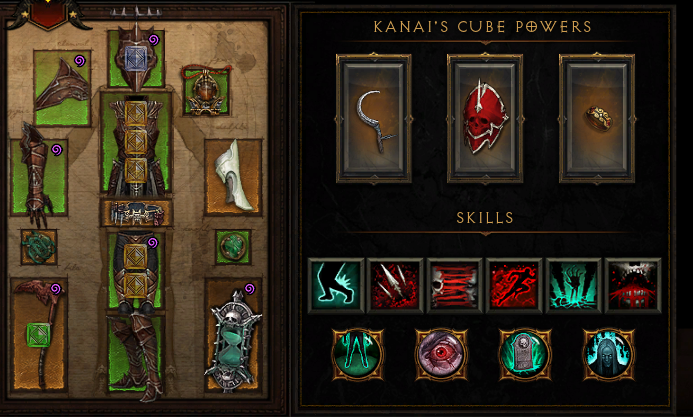 It’s kind of sad when you look in top 200 ranked players for your class in say Diablo III for the solo greater rift ranking on the ladder and they are all the same exact build (just about.) I get it one guy says “this is best build” and now everyone is a copy of that. Granted item variety can be somewhat lacking where you are often lead down the same road. For a game like this in the current state it’s in I understand that.

Gamers these days seem to have forgotten individuals have their own personal playstyle. Which is why coping the best build in the game is not always going work out for you. I usually hate the current meta and make things my own. I gave the “best” build this season a try and it was just not for me. 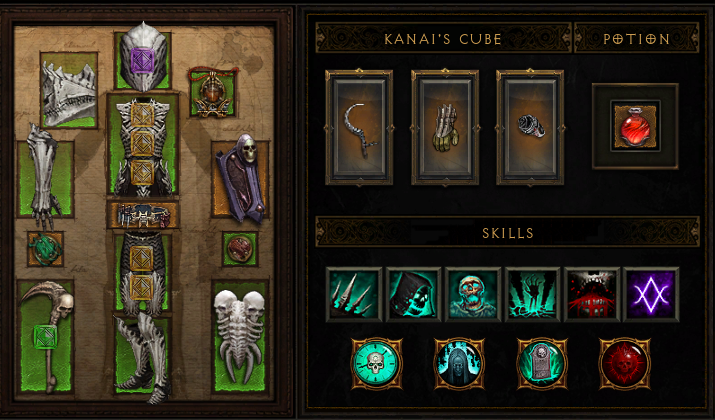 So one of the builds already out there this season and drew inspiration from it while I made it my own. You would think when you are reading form post of a build people would talk about their version of it. How they made it their own. Sadly you just see a bunch of “I can’t play this it dies whenever it takes damage. ” In fact, quite a few builds all created by the same person are all like this. That is just that person style to gearing and playing the game. People seem to have lost some critical thinking in how to change a build to fit their own play style.

This season I’m playing a version of Necromancer Skeletal Mages Build With Rathma and Jesseth Sets that can be found over on icy-veins. Without the kind of community I had back in the day I’ve resorted to relying on outside information to see how others are doing things and find my own way.

You look at comments and people are having an issue with how much of glass cannon this build is. I think I got something like greater rift 55 before it was no longer working for me. Any damage and it would just be instant death. As a result, I changed 1 skill, 3 items and suddenly I’m at 78 greater rifts without much of a challenge or massive gear upgrades. I’m also clearing rifts out rather fast because I’m not dying so many times. One other person in the clan I’m in is playing this build expect he's struggling with the class cannon version to progress any higher.

It was not even that hard to come up with. This thing was overkill on damage for how little survivability it had. I only had replaced 3 items and 1 skill to make it work for me. Granted later on when I have higher stats due to the better gear I can always try adding more damage when that is holding me back.

I simply replaced the neck and one ring with Endless walk set and the ones I looted where not even that great in the first place. 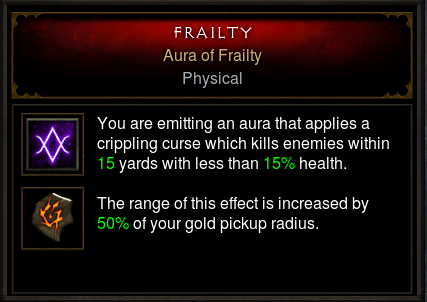 This also meant I lost an item that had a bonus to Simulacrum which while it does give massive damage I don’t need that skill at this time. Instead, I replaced it with Frailty—Aura.

Which means I can pick up Dayntee’s Binding for a belt. Now this build can take damage and is still dishing out enough that I can progress. I also had a number of options I could have gone here to try and get similar results.

Is this the best build ever? Not by a long shot its just something I cobbled together so I could keep progress my way. In fact, while I’ve been enjoying the Necromancer I have been missing playing a wizard and that just might be the next thing I level up.

Unless otherwise cited screenshots are from the game Diablo III