Usually, when it comes to hunting in Entropia Universe I’m a bit of a purist. I only want to be hunting a single creature that I’m there for. I want there to be a similar maturity level between them. I also don’t want to fuss around with having to change guns often.

That ended up posing a bit of an issue. While I’m looking to grind a few Codex and gain some skills I want there to be a chance for the creatures I’m hunting to drop Gremlin. I also want to be hunting the higher maturity of those creatures.

I’ve checked out quite a few Merp spots now. Either they are almost all young maturity or there is such a small amount it’s not worth my time. What I am constantly finding though is Merp being mixed in with a whole bunch of different monsters. So I thought is there an area where I can get the higher maturity of a creatures I want and have anything I’m fighting to have a chance to drop Gremlin? Turns out the answer is yes. It ended up being a rather sweet spot as well.

I found a spot that has Merp ranging mostly from guardian to alpha. Merp deals 60% impact and 40% stab damage. They tend to have quite a large aggression range. They can drop a couple of different Gremlin as well.

The area also has Berycled ranging from old to alpha. Berycled deal 50% cut and 50% impact damage. They have an average aggression range. They drop a couple of pieces as well.

Finally, you have Sabakuma and they have the least health of all three of them ranging from young up to the provider. While that 100% stab damage can be a bit painful since they have about the same aggression range as Berycled I was able to kill them most of the time before getting to me. They also can drop Gremlin.

This to me feels like a decent Trifecta. They all have a chance to drop the gear I’m looking for. While some of their more common drops are similar for the most part. Farming three different monsters do mean you are getting more diverse drops which can take longer to get enough to sell. Since some of them drop animal muscle oil and the other animal eye oil for instance.

I’m also only having to deal with three different damage types impact, stab, and cut. Those are also quite common defenses to have making it a low cost to enter for clearing this area. As far as the exact route. Right before the mountain range is the end of the spawn. There is a ledged cliff between you and the waterline. You can follow the ledge for a short distance and only end up running into these three creatures. The edge also provides some entertainment. Once a monster from down at the water line gets aggression it runs up the hill and gets catapulted into the air. Rather hilarious to see.

If you want to avoid killing one monster more than the others anything down near the waterline is out of aggression range. So if you want anything down there you will have to pull with a rifle or something with that kind of range.

This also gives you a chance to level up to three separate Codexes while clearing this area. Some might see that as positive while others as negative. Who knows maybe you even luck out with a daily mission that involves hunting one of these three creatures for a little bonus. The biggest downside I see is the large health difference in matures and creatures. I ended up doing a 200 PED run testing this spot out. I felt like I needed a gun in between my higher damage weapon and the one I tend to finish things off with.

I usually use two rifles. I almost wanted to add in a pistol that has in between damage to my other two-weapon. That way I have some options depending on what I’m fighting. While that requires a little more thinking I could have killed faster in some instances without having to worry about too much overkill during problematic situations.

For my entire time, I was just wearing Pixie Adjusted with Mk 2A plates. It provide enough defense that I seldom needed to heal. It also did not over provide since the three creatures I was fighting could still do a small amount of damage to me.

There is also enough room in this area that if you are careful you can just go from one side to the other. Then you wait for respawns on the other side so you can clear yourself a spot to start the run over again.

I did deal with being attacked by multiple creatures on occasion. That ended up more towards the end of my hunt when I was tired and making more mistakes. I do think as long as you are keeping an eye out for Merp you should be good at not getting overwhelmed by creatures.

There is also a bit of a dead space more inland if you really need some brathing room. I never felt the need to take advantage of that space. It is however a nice option to have. 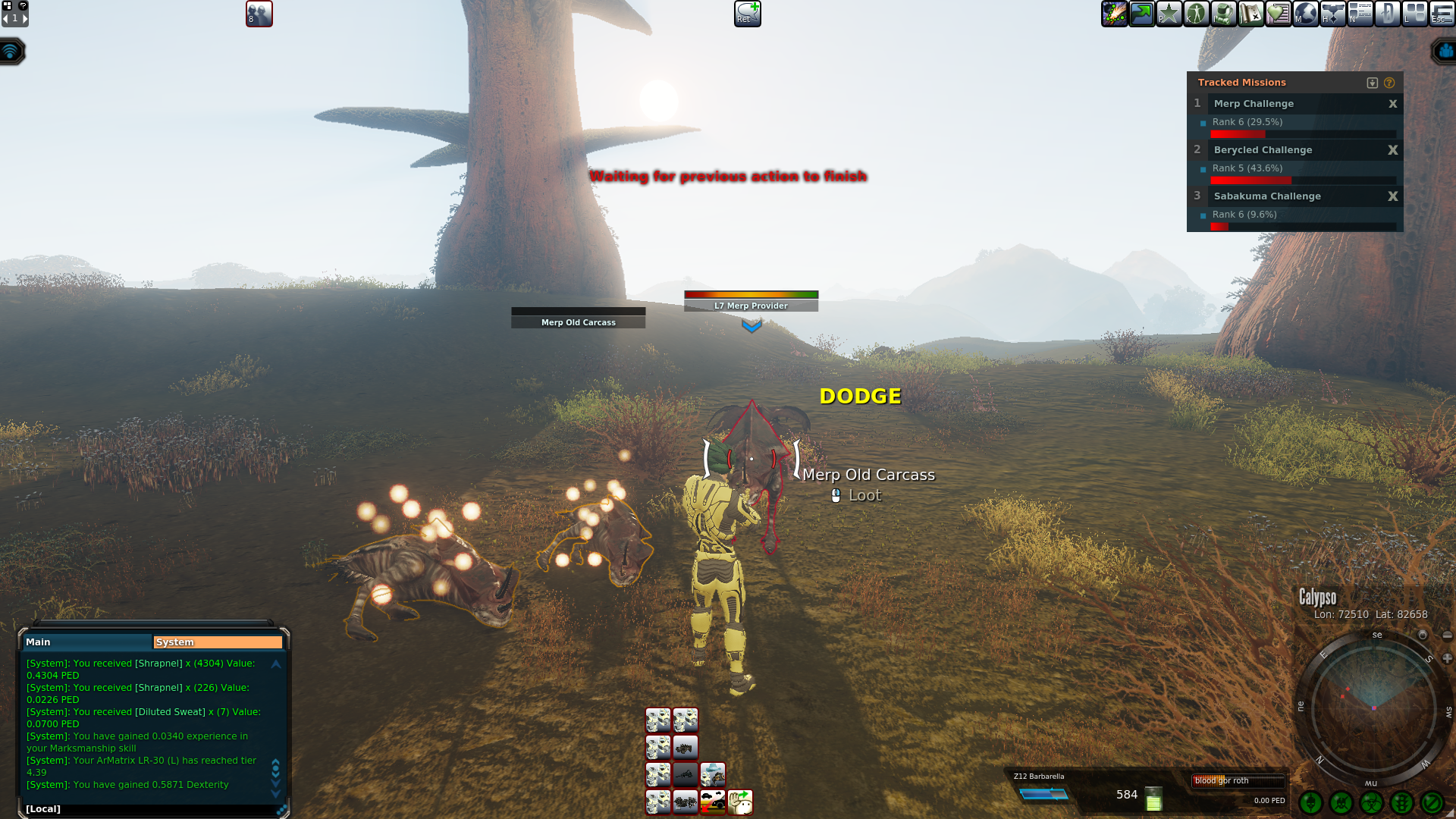 When I was not dealing with adds my natural health regen in between respawns was just about doing the job. I was also able to focus more on using my finisher weapon and taking my time per kill. When you are dealing with adds you tend to be more in the mindset of killing them quickly and not as efficiently. 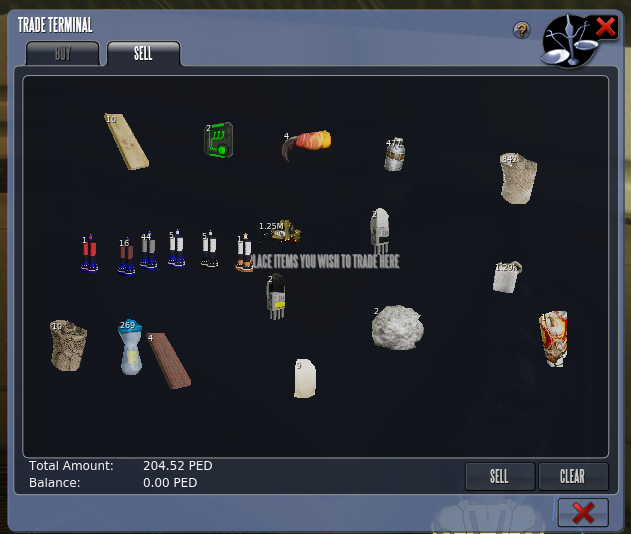 While I did not have any luck this time around in having anything I wanted to drop. I did notice some of the items that drop on occasion have ok markup. They are not the most common drops, however. After my 200 PED ammo run I was mostly down decay on my guns and armor. Outside of a couple of 5 or 8 PED loots, I did not get anything that I felt was lucky. With all things considered the losses could have been a lot worse. There is even a little bit of markup to help reduce those losses slightly.

For being out there for quite some time and getting a few skills from leveling up different Codex. It was quite an interesting and very different spot than I usually hunt in. I might have to go back a few times and see how it goes.