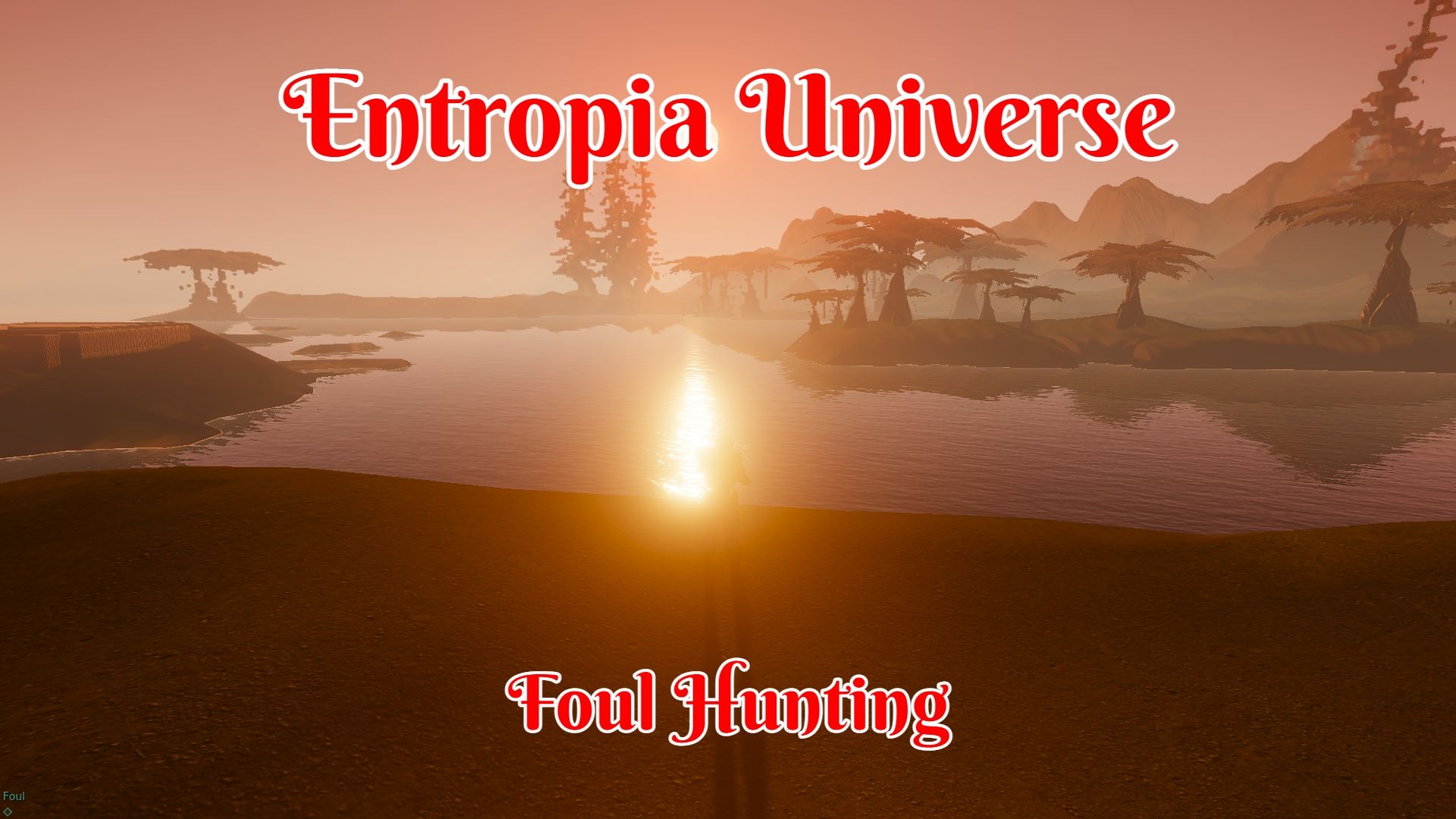 It was time to head off the coast to a small island and hunt some of the foulest creatures I’ve seen in the game for some time. I was mostly there to work on codex and to check out the markup of their current common drops. It ended up being a fun little adventure.

I am naturally talking about hunting Foul. For many in the game, they are a decent progression stepping stone up from hunting Exarosaur. While I did not go that route during my early years in Entropia Universe I thought it would be fun to see what they are like these days.

Like the Exarosaur I hunted my goal was to hunt them without armor or healing. While I did that for a while I ended up giving in to healing and then wearing some of my lowest level armor. The issue however with Foul is they deal 100% impact damage.

While wearing some armor reduced the amount of damage I was taking to allow my natural health regen to do most of the work. I still at the end needed to heal somewhat. My decay costs were at least quite low on these hunts. It’s a shame I could not fully remove those costs without having to wait around quite a lot.

Unlike the Exarosaur that I mostly hunted with the lowest level guns I had. I ended up using two different guns to take down the 100 health young Foul at a decent rate to deal with the slight health regen they have. 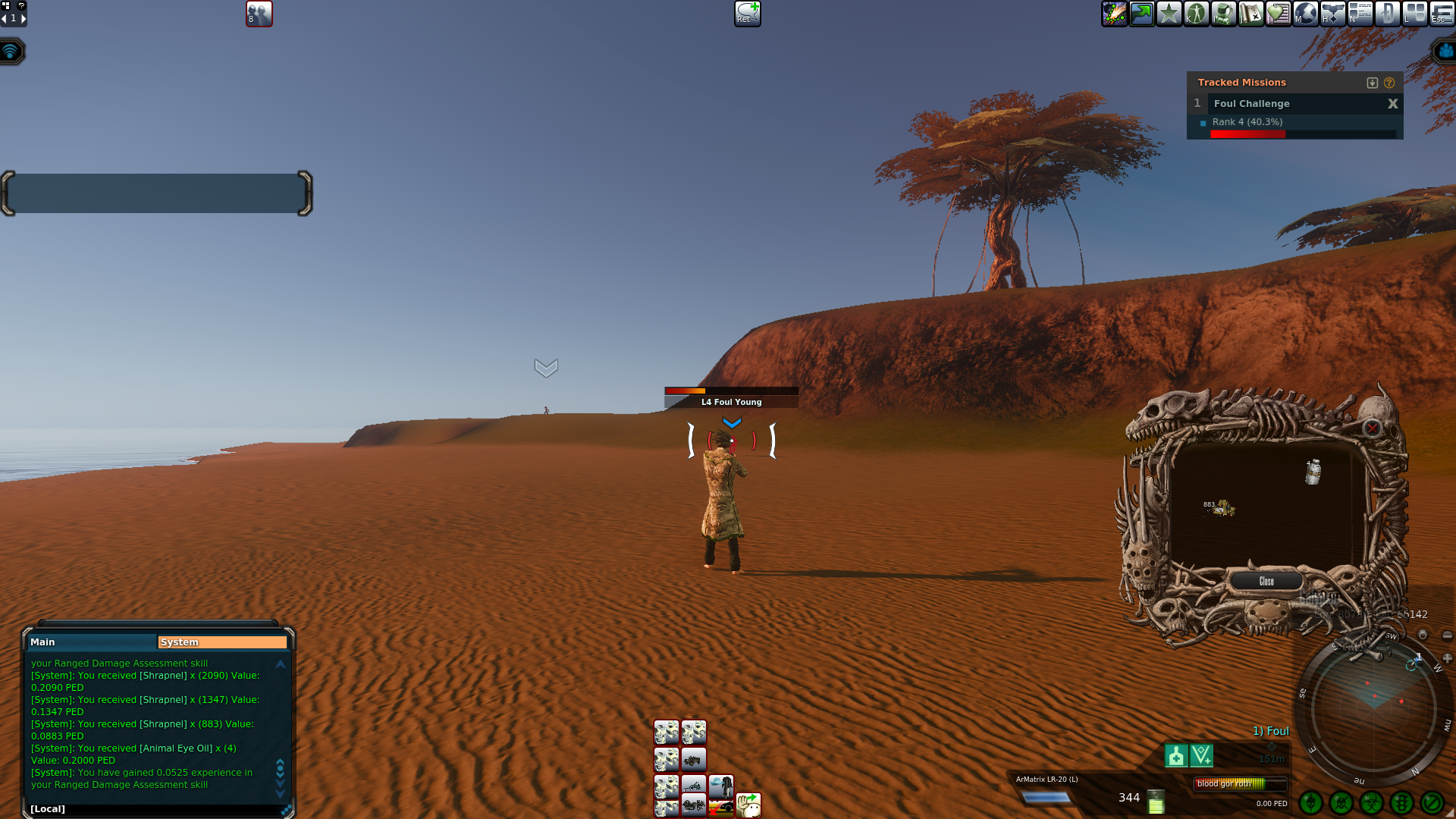 Fully killing Foul with an ArMatrix LR-20 (L) would be overkill. So I would only hit them once or twice to weaken them quite a bit. I then would switch over to my Z12 Barbarella to finish them off. They can easily be done with a few different kinds of smaller guns. It would just take a bit longer to do. 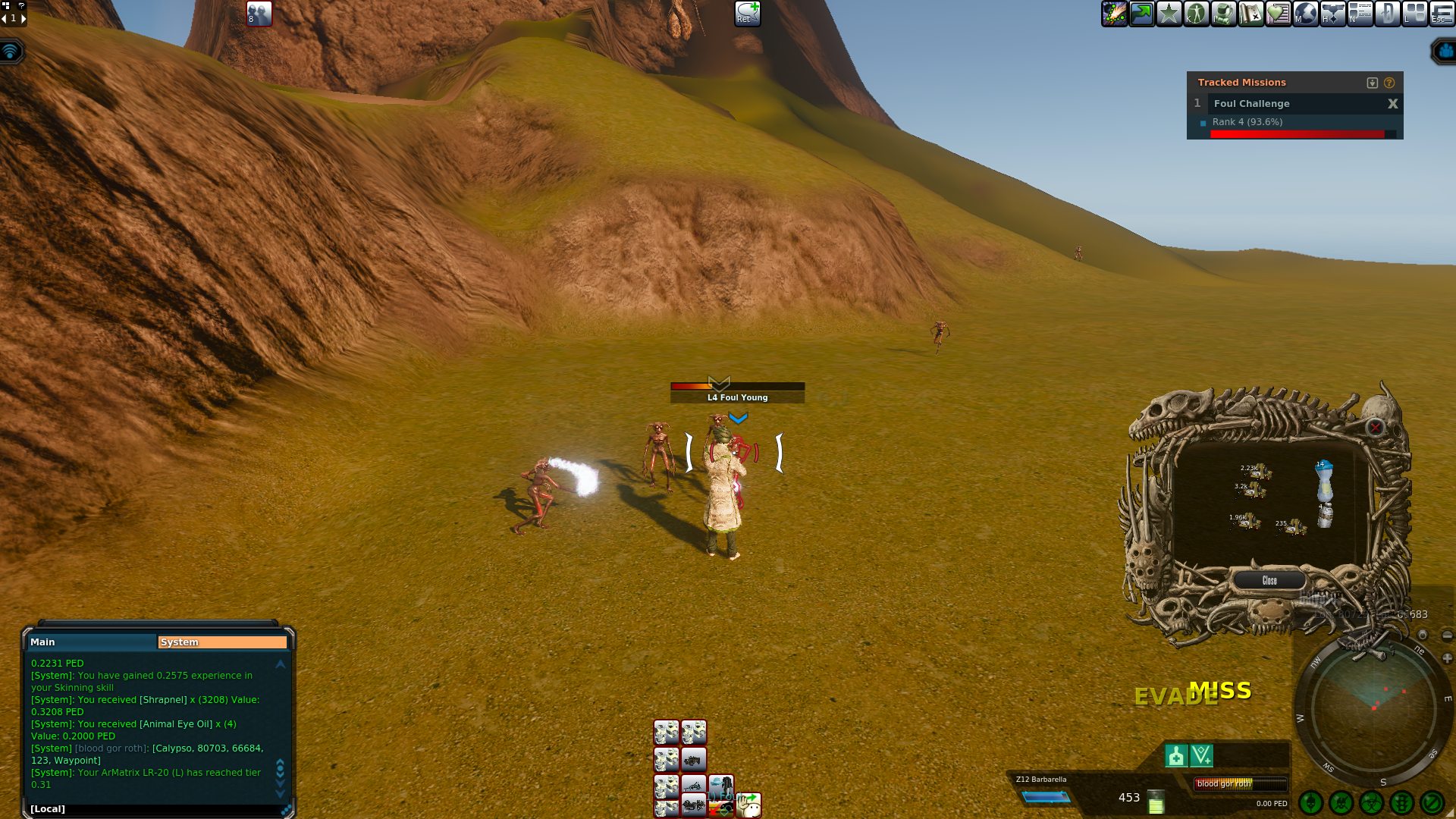 I have found foul to be rather social with each other. Perhaps it was just bad luck on my part. It would not be uncommon for me to shoot one and have another one follow in with their friend. Getting a bunch of adds is never something you want as it adds armor decay if you are wearing any and leads to having to heal more often.

At least the area I was in had some density to spawn them. Even with that since they are lower-level creatures I was able to clear out the entire area I was farming on almost before respawns. Making it not an ideal area if you had few hunters out here all at once.

Often in Entropia Universe finding a nice spot to hunt something is half the battle. I don’t know how many times I’ve gone hunting something and you only find a couple far spread out spawns of that creature. At least here there was enough for me. 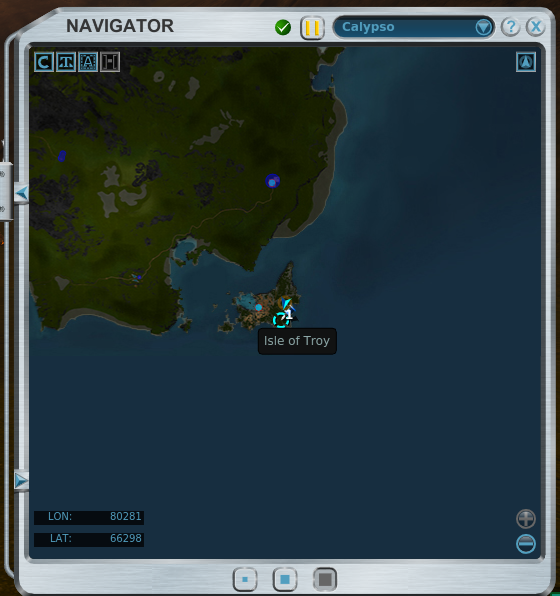 The spot I ended up settling hunting them for a couple of trips was on the Isle of Troy. While I have been out there before to get the teleport. It was never a place I stayed for any amount of time to hunt since this larger island has Foul on it.

There are some other smaller islands nearby with some swamp-looking land. While it was tempting to hop over and check them out. I ended up just doing a circle around the main part of the island where most of the fouls were at. I also did a couple of hunting rounds on these guys. On one of the rounds as I was running out of ammo, I ended up getting a global off them. Since they are lower-level creatures the threshold for a global is also lower. A 14 PED global was more than welcome and ended up saving that hunt.

Many players enjoy hunting these as they can sometimes global a lot. During my hunt, I ended up seeing one person get two global on Foul within minutes of each other. While I did not have that kind of luck they were not that bad when I was out there. I ended up getting 7 ranks on the Foul codex while there. At some point, I might return and level the codex up a little more. The skill rewards were starting to get not that bad. On a lot of smaller creatures you get so little you usually are just ranking up their codex for progress towards the Meta codex stat points.

The main reason for hunting these however is for the markup on the items they can drop. Over the years their loot has changed a bit. Some of the things that made a lot of the lower creatures more desirable to hunt as fragments have long since been removed. Often when you have an item like the bones of the creature drop you don’t find anyone wants to buy them anymore. The foul bones have some decent markup on them along with some other items that drop like components.

The reason the bones have a decent markup is due to the fact those involved in tailoring refine the bones into buttons. Those buttons are used to make quite a few different jackets, shirts, and pants. While clothing tends to be a low volume thing these days they often come with a very high markup. There is something to be said about hunting the lower health creatures these days and making a small amount of profit. During my time on that island, I also looted a few rocks and fruits to add to my growing collection till I have enough to sell. It all adds up in the end.