I had a decent first day during the Merry Mayhem. I got to make sure my setup works long-term for grinding out the creatures inside. I’m rather glad I made the investments into gear and equipment I did during the last major Mayhem. It’s all now about grinding things out. 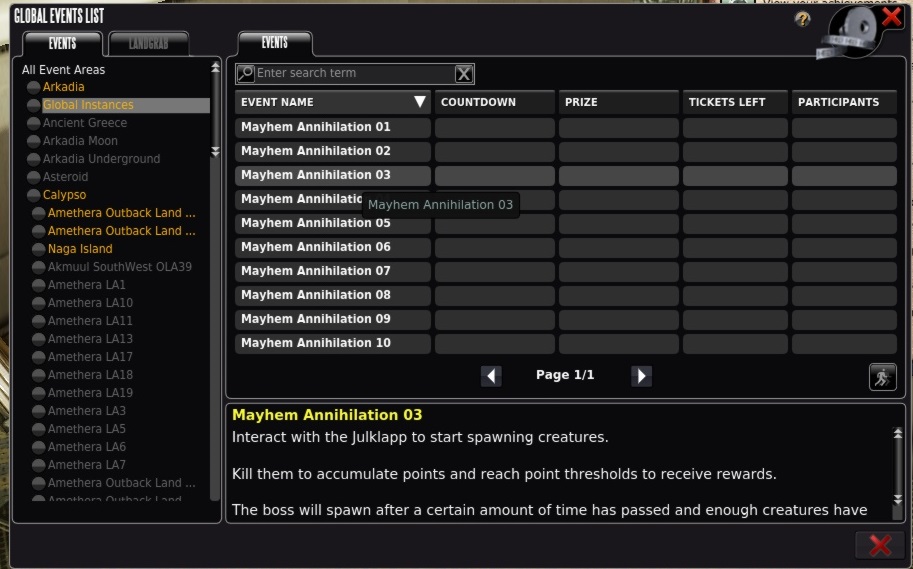 Since I have a stockpile of both Armatrix Lr-35s and 40s I thought why not try out category 03 of the Mayhem Annihilation instance first? I wanted to test out how far I was from clearing the instance to get the boss to spawn around 30-minute intervals. The boss can’t spawn quicker than that. 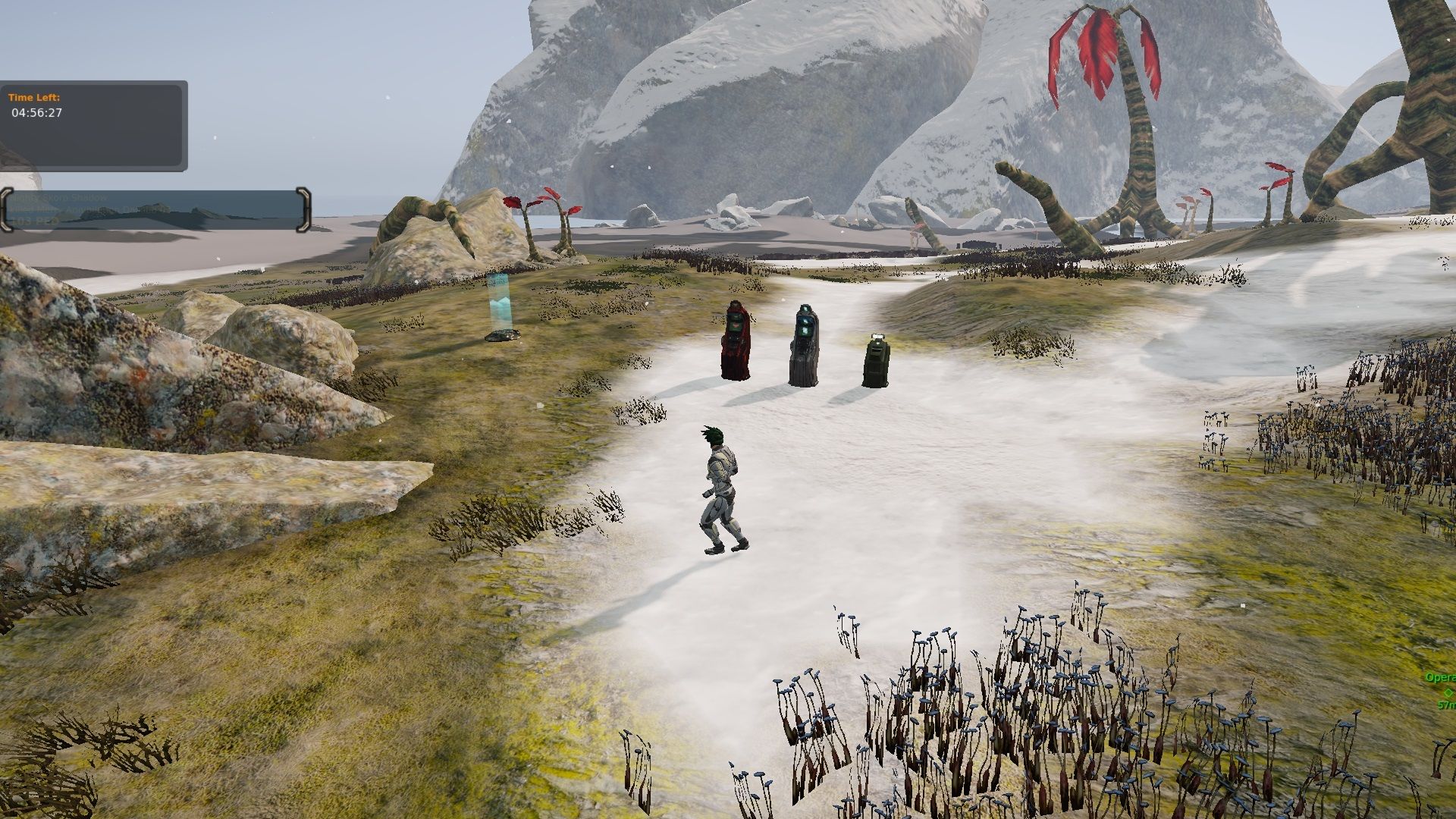 I made sure to bring with me a couple of each gun. Along with anything else I thought I would need. As the instance lasts for up to five hours and if you leave it closes it. There is no storage unit within the instance itself.

I also need to remember in which direction I can find the instance exit and trade terminal. As I don’t quite know my way around the instance although it’s not too big or small.

I needed to get a lay of the land. I have never been in the Merry Mayhem instance. It is a bit different than the Halloween and Easter ones. My first impression so far is it’s not my favorite instance out of all of them.

It is at least a new backdrop and proves some other challenging to the terrain if you could even call it then. I at least won’t be bored of my surrounding for a little while. I still have a decent amount to learn about them as well.

Such as no visible outer wall or anything keeping me in. Once I wonder too far away from the area I get a popup informing me I’ve moved out too far and will be teleported back in. Naturally, I decided under my own free will to just cross back over an imaginary line that now marks the cage I’m stuck in within the instance itself in a way. 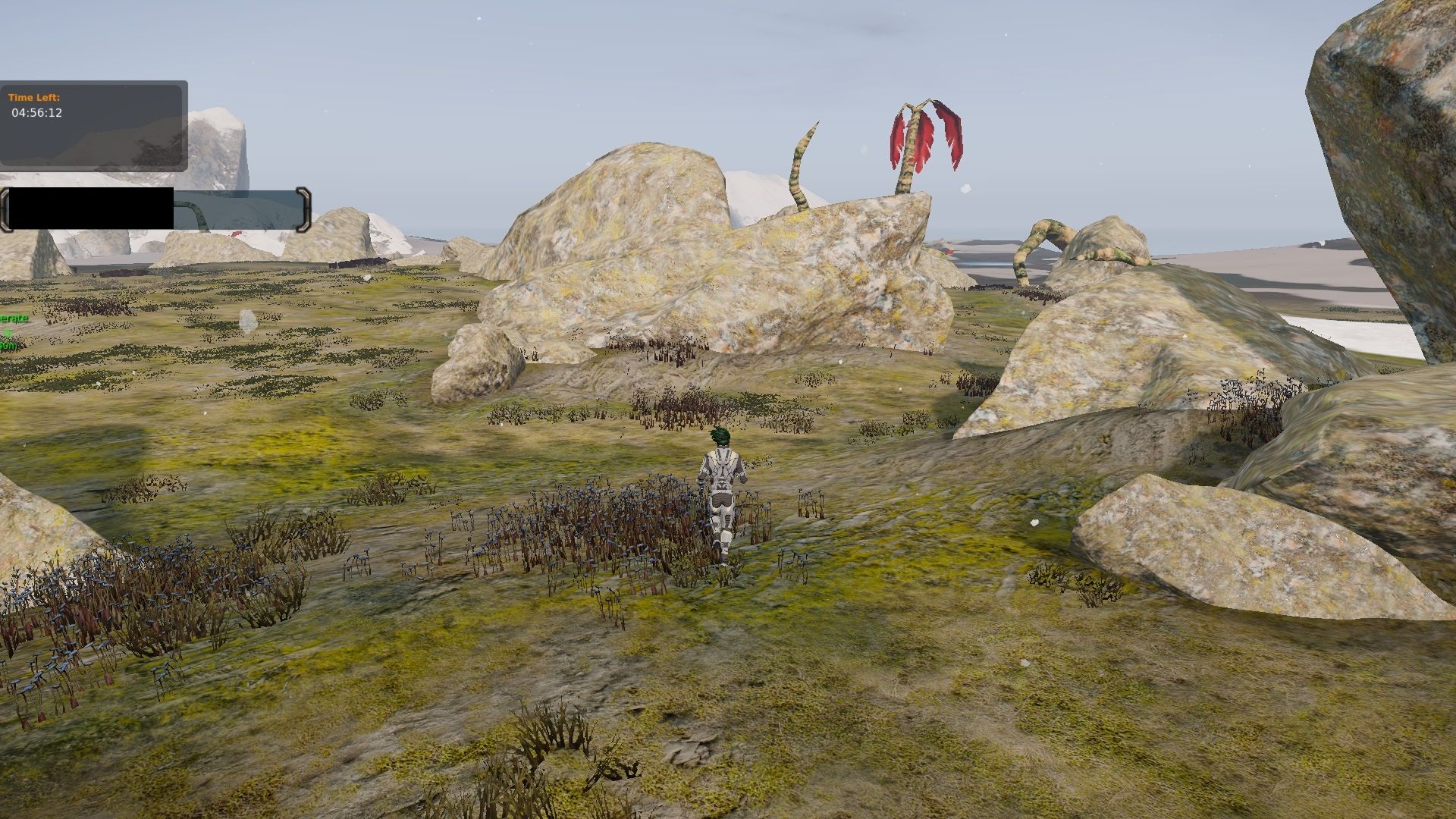 The overall terrain has a lot of giant boulders blocking the line of sight. Some troublesome areas where creatures get stuck that you have to be mindful of. There are also some elevation changes but not enough to cause too much of an issue pulling.

There is at least enough space between everything that even someone using a long-range weapon feels like there I have some decent space to pull in. I just don’t have as much as I would like if I wanted to try a massively harder instance of Merry Mayhem. 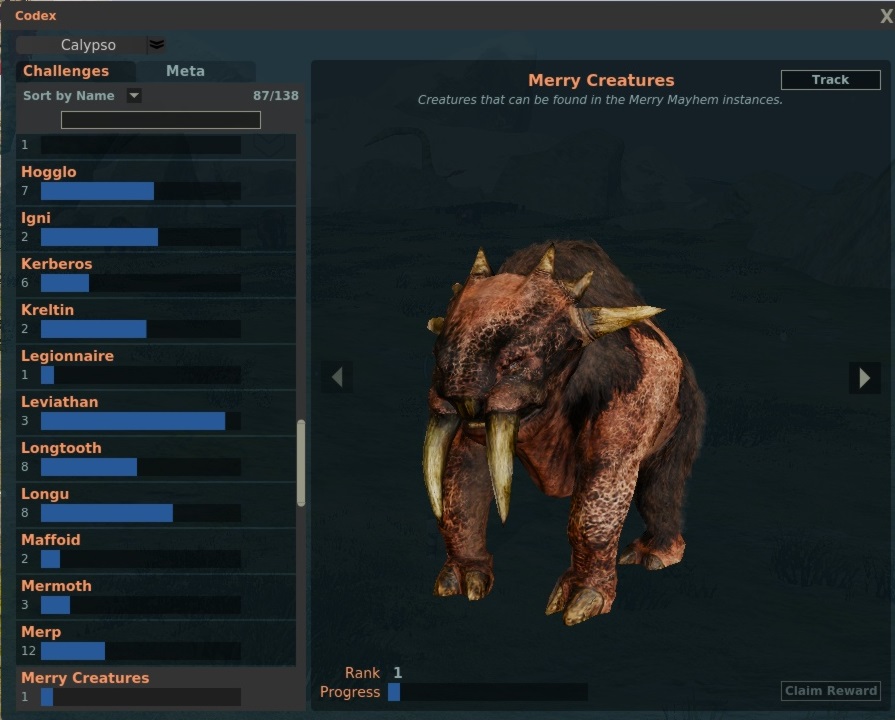 Like in other Mayhems I have quite a few goals in mind and reasons I’m going to grind like crazy during this Merry Mayhem. One of them happens to be the Merry Creatures codex. I don’t have any levels in that so getting all 25 codex levels is something I’m after. 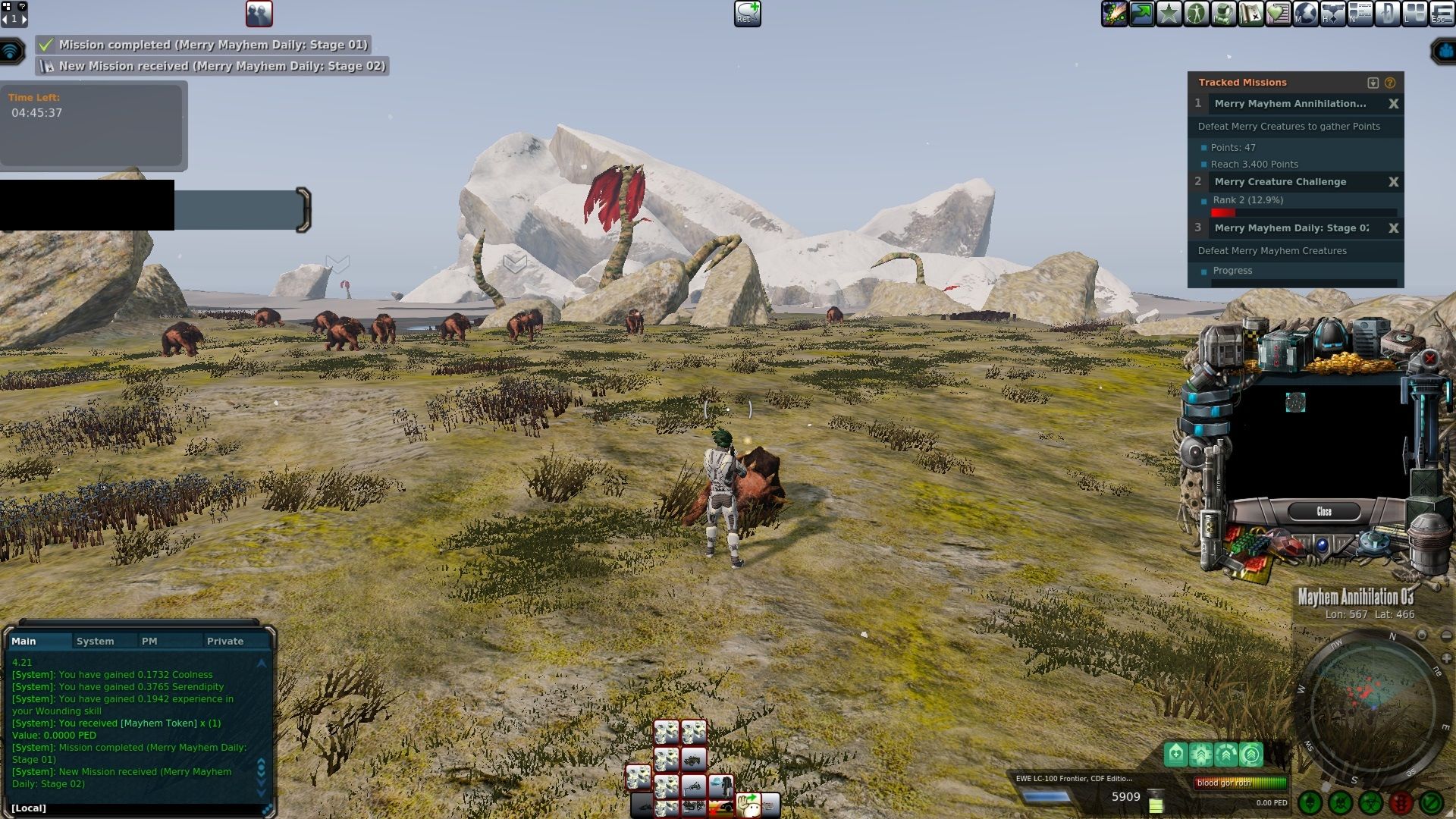 I have also fully worked out how I want to manage my Merry mayhem daily mission that you get to reset once daily. There gets to a point where it just takes so much grinding to get to the next stage it at least feels to me better to reset it and take advantage of the fact you get one reset daily. The downside is having to leave the instance to get the mission to pop up from entering. 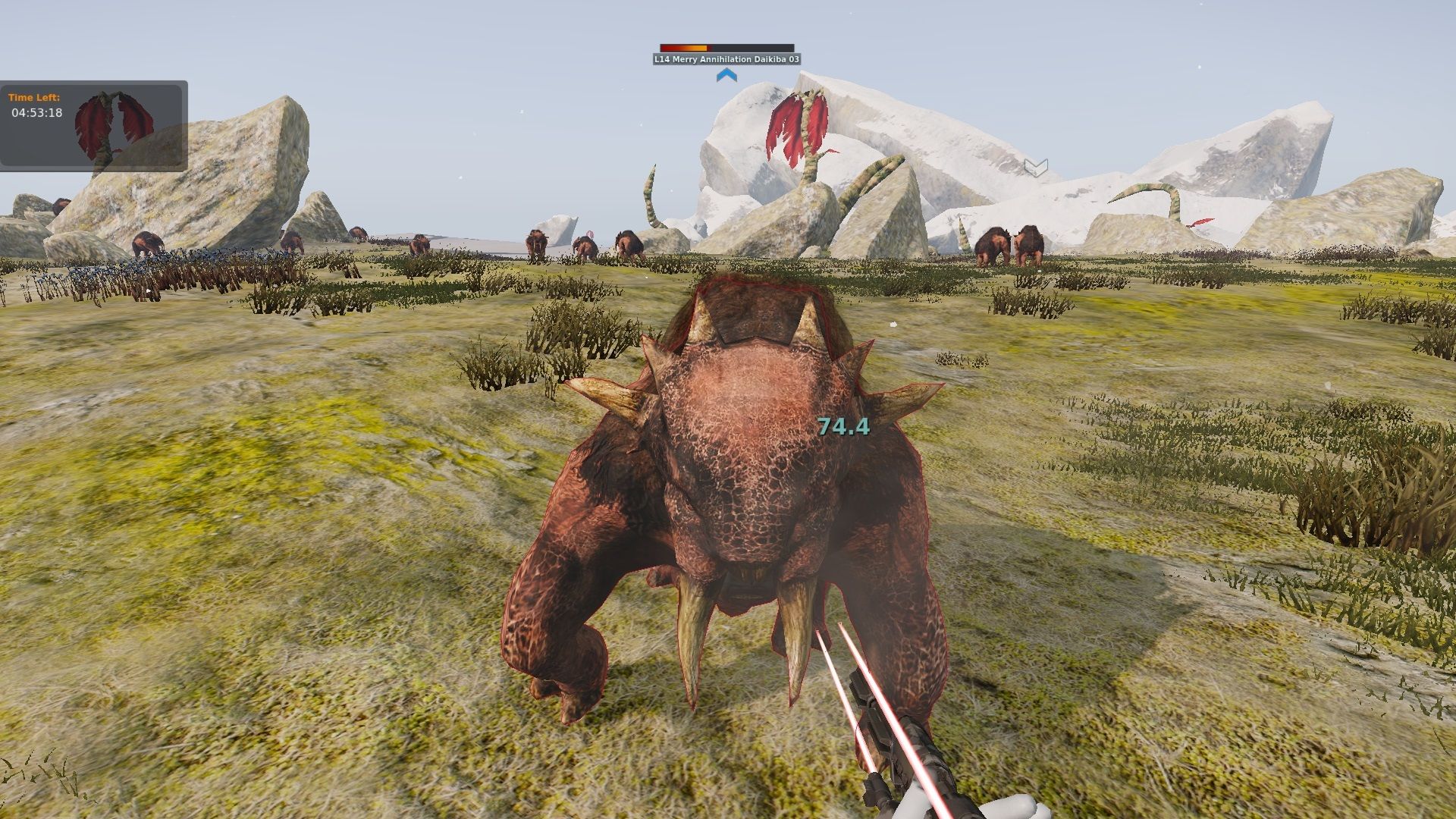 The main creature you end up fighting in these instances is Merry Annihilation Daikiba. Since I’m in category 03 once they have 1130 health. The guns I have is more than enough health but not so much so that I feel I’m killing too slowly.

They also deal evenly stab, cut, impact, and cold damage. Making the ghost armor I have on to be more than enough. I almost feel in a lower-category ghost might be a bit overkill. Most of my gear however lacks decent cold damage. So I’ll need to test out decay vs healing costs further when I try out different difficulties.

I ended up doing zero healing whatsoever while I was in Mayhem Annihilation 03. While it would be nice if my armor decay was a bit lower the fact I’m not paying anything to heal is quite a massive bonus that I’m fine with it for now for my first day out. Every 96 Merry Annihilation Daikiba kills and a minimum of 30 minutes since the start of the instance or the last boss you get a boss spawn. Merry Annihilation Hispidus have over 3k health in category 03 and are much higher in level but otherwise feel like they do similar damage to the lower-level Daikiba.

Hispidus always drop in the instance of 1 Christmas Strongbox and 1 Mayhem Token. They also have a high chance of rewarding points. Twice during my first session, I ended up getting 100 points for killing them. Earning points from killing them is however not always the case.

I also decided before I got too long into clearing the instance to take a moment and screenshot all of my skills. During my last major Mayhem event, I did not know how much in skills I gained outside of the gains from the codex.

Since I’ll be using skill-increase pills for the entire event. I thought I should have some kind of record to see how I do on that front this time around. I will have to manually write down the numbers from my screenshot and input the values into a website to get their TT values. While not the most ideal thing I will at least know this time around.

I am also keeping track of all skill gains from the codex. The great thing about Daikiba is they are considered an animal. So between looting them and codex skills I’ll be heavily focused on incurring my animal looting skill during the duration of this event. This is something I’ve been focusing on for a while now so this helps me reach that long-term goal. 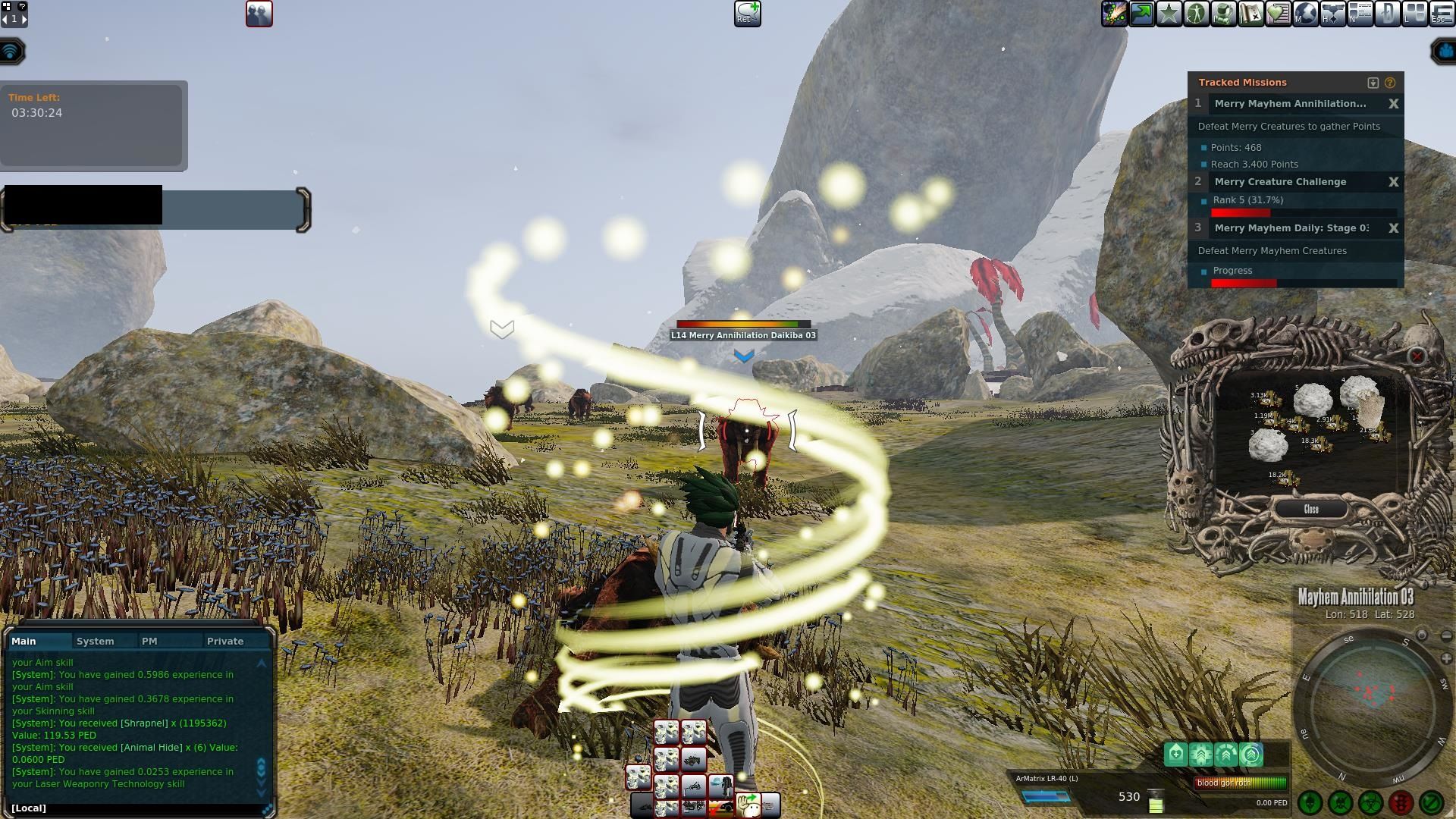 Loot was a hit and a miss. I ended up getting lucky in the first half of the run that I was only slightly down before including markup which put me into the green. The latter half of the instance was not so kind and I took quite a beating.

At least the 187 (used in the cover image), 119, and 76 PED loot I got kept this from being a total disaster. While I did get a bunch of smaller mini loots during the back half it was just not enough for whatever reason. By then it was time for the instance to end and a much-needed break

Nothing interesting loot-wise has yet been found. With how much grinding I’m hoping I’ll be able to do during this event. I’m bound to see something interesting at some point. At least I would hope so. While the few hours of my run seemed to be rather a slow point wise the game more than made up for it. Naturally, as I was messing around in my ship's inventory I was using it to keep my loot sorted out. I got my first large-point score of 500 points.

500 points were not the only point gained that I noticed either. I also got two 100 points, four 50 points, two 25 points, and more 1, 5, 10 point kills than I wanted to keep track of. It ended up going a lot better than I was expecting.

While I did not quite get two days’ worth of points that I needed in a single day to keep up with my 850 point average I need throughout this event. I ended up quite close. The further I can do so early on the more breathing room I’ll have weeks into the event when I have less time or I just need a break from all the grinding. 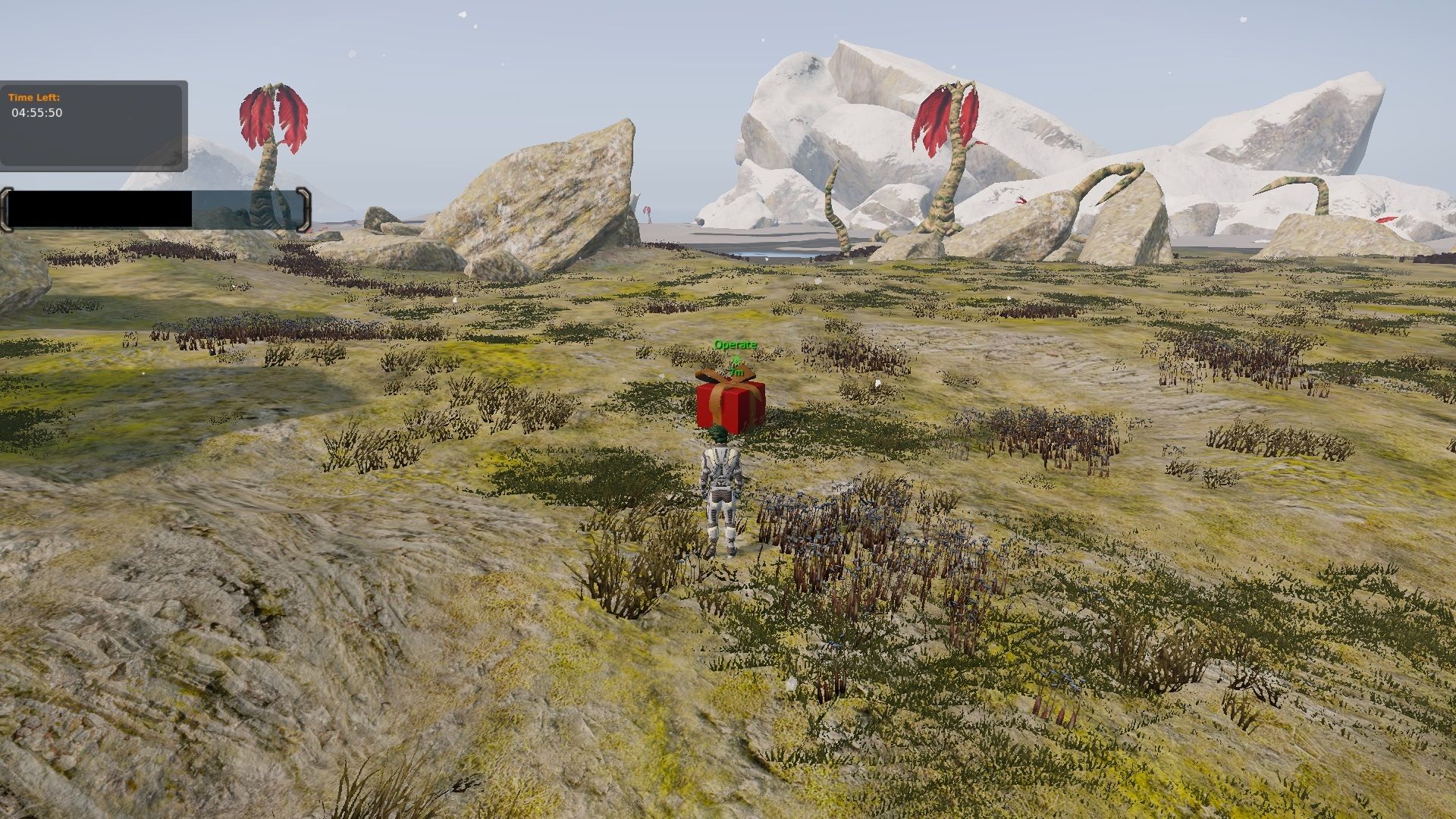 A good first day of the event for me. I’m slightly ahead in the points I need but the road will be long only time will tell if I’m able to get as many points as I’m hoping to acquire. Along with meeting all the goals I have set for myself. Many of these goals I’ll be bringing up from time to time as I press along in this event.