I was at least hoping the storyline is something I could say I felt the game did an ok job at. Things were going so great till around level 30. Then it was like they just got cheap and did not put in enough effort to bring you the same quality and quantity of the main storyline.

I left where I was after my first impression of Diablo Immortal. The leveling of my necromancer for at least a little longer seemed decently quick. I was dare I say even having fun. 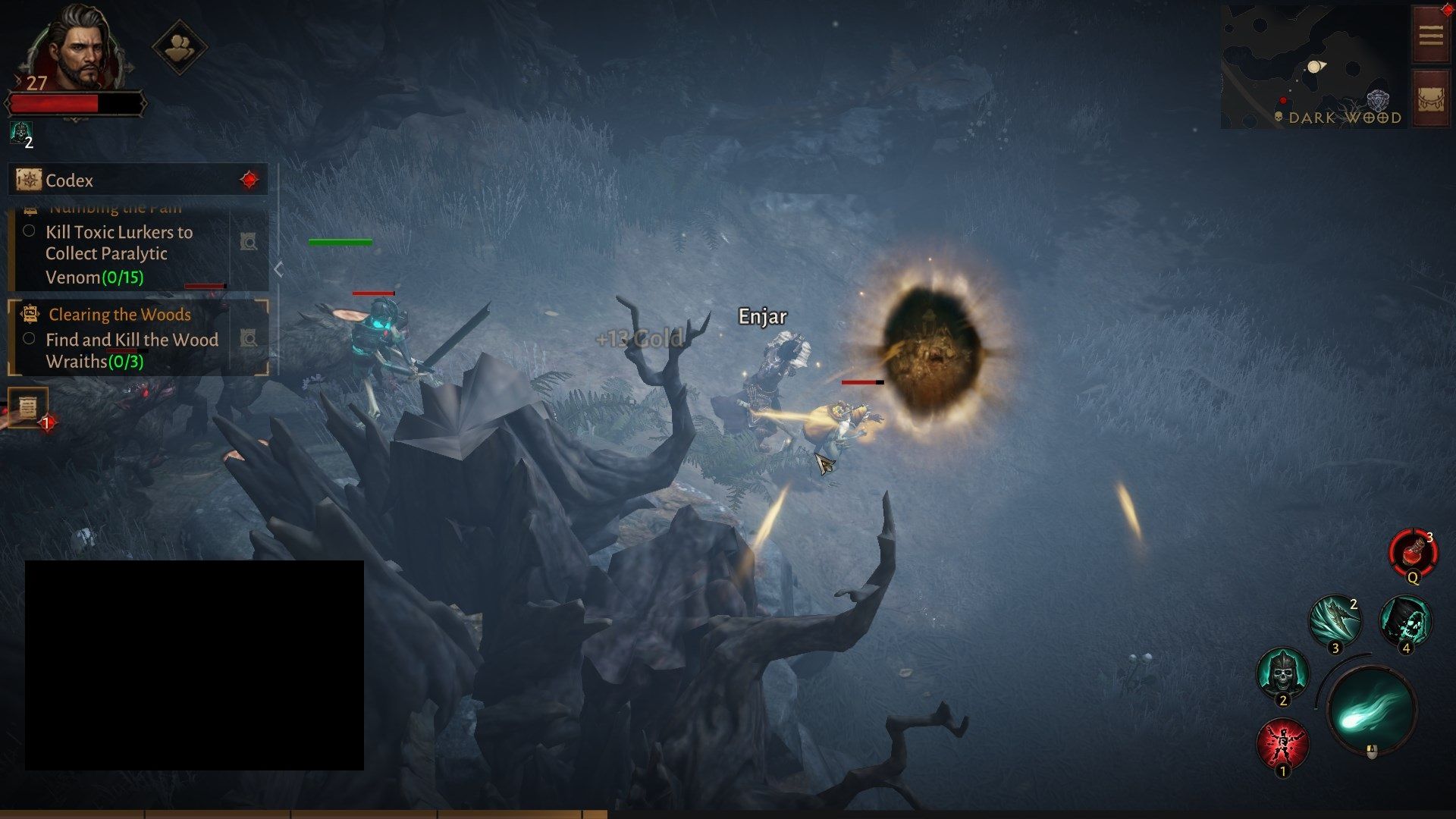 This game is just riddled with nostalgia everywhere. They sure got me good when I heard and saw the treasure goblin. It was not escaping me and my armory of minions. You are dam well right I chased across half a zone for that sucker and stomped its corpse into the ground.

I was even thrilled I solved my issue with using a keyboard and mouse on the computer regarding the clunky movement I was dealing with the first time around. The issue a lot of ARPGs have is moving with the left mouse button and also having it be an attack button as well. I soon realized I could use the right mouse button to move around. The movement still was not insane but a huge improvement. There also seem to be a lot of random encounters you can find in different zones. It adds some life to zones making them not feel cold and dead. I’m not sure yet if ended up being random side quests or something further I could keep finding if I was to return to this zone randomly.

There seem to be even daily or weekly events in different zones once you reach level 60. It would however still be a while before I got there. I’m starting to slightly notice when I interact with other classes in the game they seem to be a bit more overpowered than my necomanc3er and they were not spenders either. 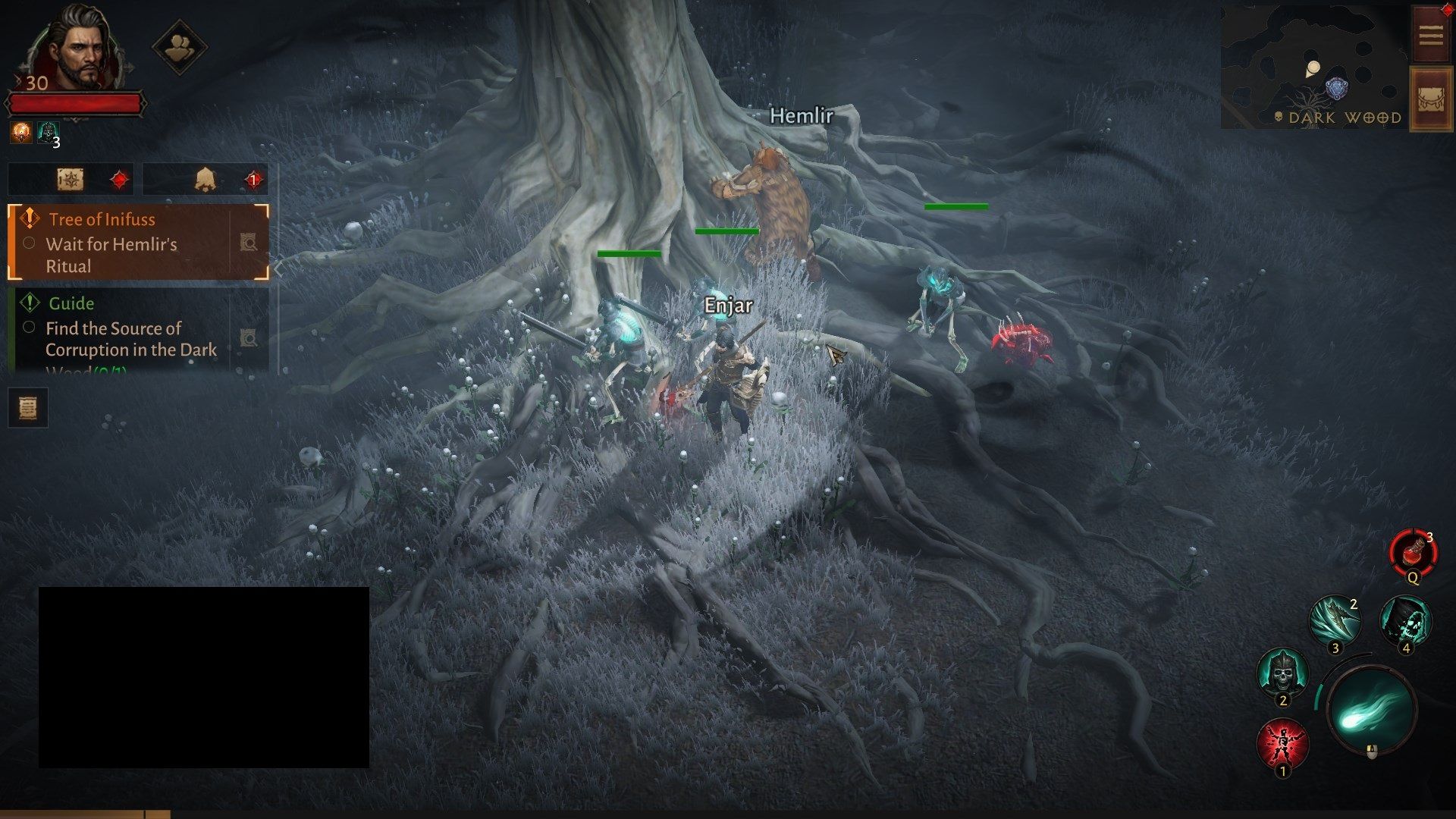 At around level 30 it felt like someone turned the experience switch off. I was no longer getting quick levels. They were slowly starting to drag on more than the last one. While over time I was expecting it. I also expect video games nowadays to do such a great job at each level taking a bit longer than you don’t notice unless you stop to think about it. That was not the case for this game.

Then it happened. I was running the main storyline and it felt like they tossed a level roadblock in my face. The storyline would not continue till I reached a certain level. Each time that roadblock would increase from just needing one level to sometimes a few just for another drop of a quick main storyline.

As someone who plays games like Path of Exile and many other ARPGs. I did not think I was doing anything that should have caused the game to say slow down you are going too fast.

This game punishes you quite hard for not being at a high enough level when in a zone. They massively decrease the damage you are doing to a monster while increasing the amount of damage you are taking by a lot. To the point, you don’t even want to be one level below the zones level.

Due to that I was not just killing the bare minute and running off to the next main storyline quest. I was taking my time. Killing almost everything as I went from one place to another. I was also grinding out a lot of side activities. At least there were a lot of extra things to do when you needed to grind up experience to unlock the next part of the main storyline. I would run things like the bounty board, rift, and just go hunting in a zone trying to find rare named creatures to kill.

If it was the goal of the game to get the player used to run daily activities it felt like this should have been a bigger focus than it was early on. They did touch on doing actives listed in the battle pass. I had been doing as many as I could as the experience chest rewards alone were nice enough that I felt like it was worth going after.

Instead, they gave you a lot of main storyline missions up front. Now I’m at a point in the game where I feel like they ran out of a budget and had to start getting cheap. It’s all because I hit a level roadblock. For all I know I was supposed to hit it a lot sooner but I was doing so many other things I simply got lucky and did not encounter it till now.

This just feels like the wrong way of doing it. I would have preferred more storyline instead of getting a slap across the face and forced to go level doing other things. It would be one thing if I could skip the storyline on other characters and just grind in rifts. This is however not Diablo III despite how much it feels like it’s a water down version of it.

This r was not the only thing that felt like they started to get cheap the further you got into the game. I guess that is just what I expect from games these days. They polish the front half of the game well. Hoping they have enough time to work on the back half of the game. That person will have played long enough they feel they need to keep going on once they get to parts that need more work. I’m usually not big on there being voice acting in video games. If you are going to do it you better go all the way with it. Often you catch a game tossing some in long enough to get people to keep playing and then they rug pull it from you or slowly start excluding it in certain areas.

Since this is a mobile game and by Blizzard, I was at least expecting them to have done the voice acting right. For quite a while every mission I encountered had a voice actor. While some of them seemed like they were pulling double-duty voices with more than one voice. It felt like it was a nice touch.

That was till I started to notice places where they were cheeping out. It first started with what I assumed were side questing. It soon became apparent outside of the main nostalgic characters and a few others that I’m not sure if they were in any of the other Diablos. That they did not have any voice lines for. The further I dived into the game the less and less it seemed that there was the voice acting to be had. Between getting level gated and the voice acting starting to go downhill. It seems like they failed to deliver a full game. It is already running as a rip-off of Diablo III and some of the other games in the series. There is enough nostalgia in this game to get drunk off it.

While I know it’s a mobile game I was hoping they were going elevate the daylights out of it. With how much pay-to-win nonsense in this thing they should have had the budget to have gone hog wild and spared no experience.

In my opinion, Diablo needs a win to bring it back to what it used it be. Instead, Blizzard seems to just be milking it. They did some remasters of older games. Now they did this mobile cash grab. Diablo III never got the love many were expecting since it did not seem to make them enough money. I have grave concerns about what Diablo IV is going to be like at this point.

I will keep on leveling for now. It however seems like the list of things I’m not liking about this game is growing longer than the ones I do. This game is going to have to deliver if I need to ignore the pay-to-win nonsense or I just don’t see a point in spending a single cent on a game I’m just going to uninstall in a week or two. Which perhaps is the point if it’s just a toss-away game pulling off a heist on the wallet of the players.