I went back to grinding missions for days as I wanted to reach tier 5. Along the way, I unlocked new types of missions most of which I found I did not like at all. At least the rewards and the locations I was starting to hit were getting much better. 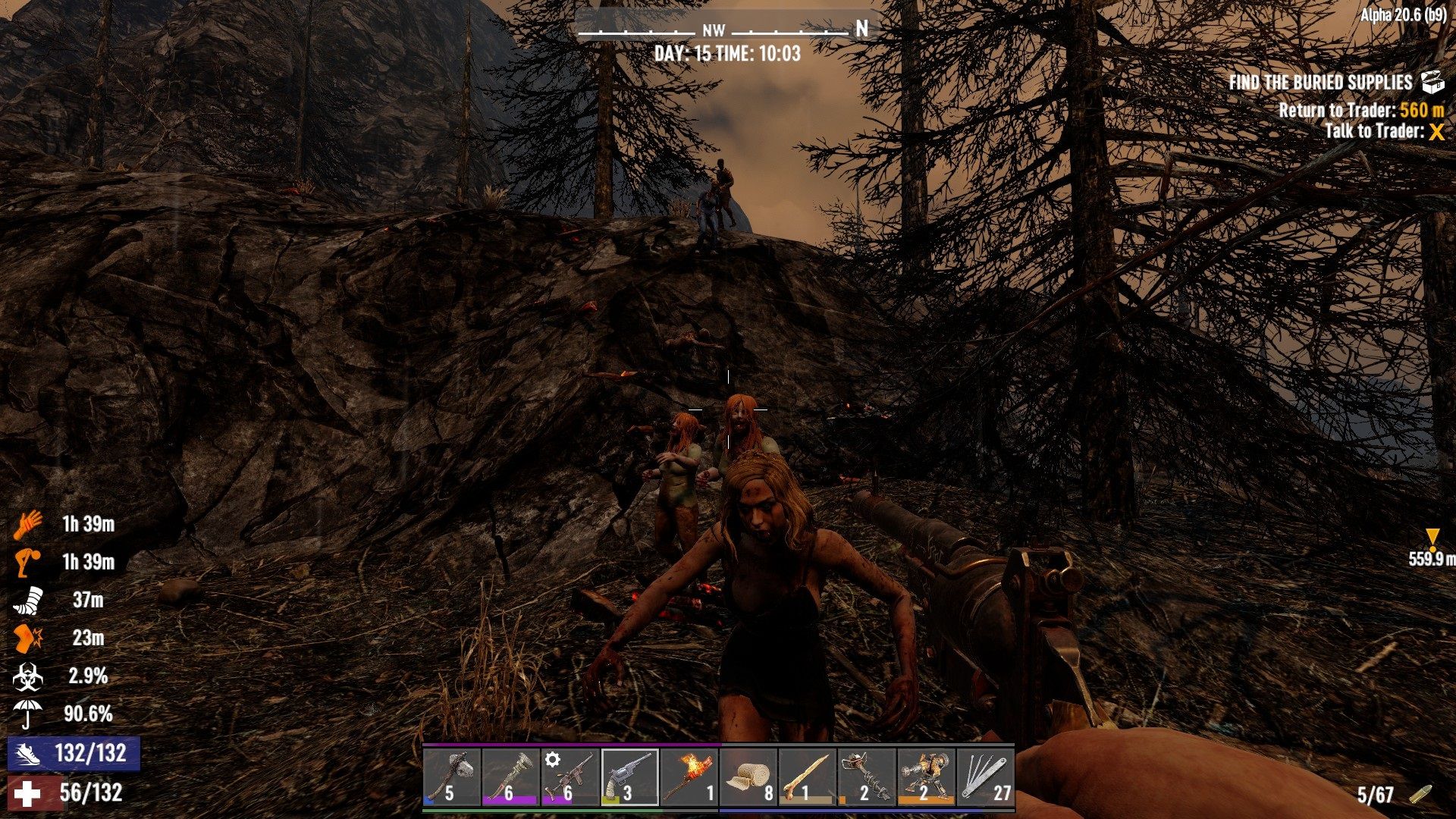 It’s always good to know when you find a mission type you wish to avoid like the plague. At first, I thought they sounded like fun. It did not take me long to find out I don’t like the buried supplies mission types.

You don’t just go out with a shovel to dig once and find the container you need to loot. You need to go out to the location in question and dig in an area. Every so many dig with the shovel the circle the supplies you are looking for decrease.

It seemed with each time the area decreased that I had to search in there was a chance for zombies to spawn. Needless to say, since I was in a hole I ended up taking on a lot of damage with zombies just dropping down onto me.

So much so that I had quite a horde of them by the time I finished the mission I ran away from the spot as I was killing them. Trying to give myself some distance and reduce the amount of damage and negative effects I was taking. The places I was starting to have to clear or find supplies in were also starting to get much bigger. In some of the lower tiers I must have had houses that could have fit mostly inside of this single room, I almost feel like. You can see just how far away I was still from the target despite being within an area I needed to stay in.

My inventory was also starting to fill up quicker from clearing these places out as well. I guess it is a good thing I set up a more local place to dump things for the short term. At some point though I’ll have to sort and make some major treks back and forth to collect my loot. 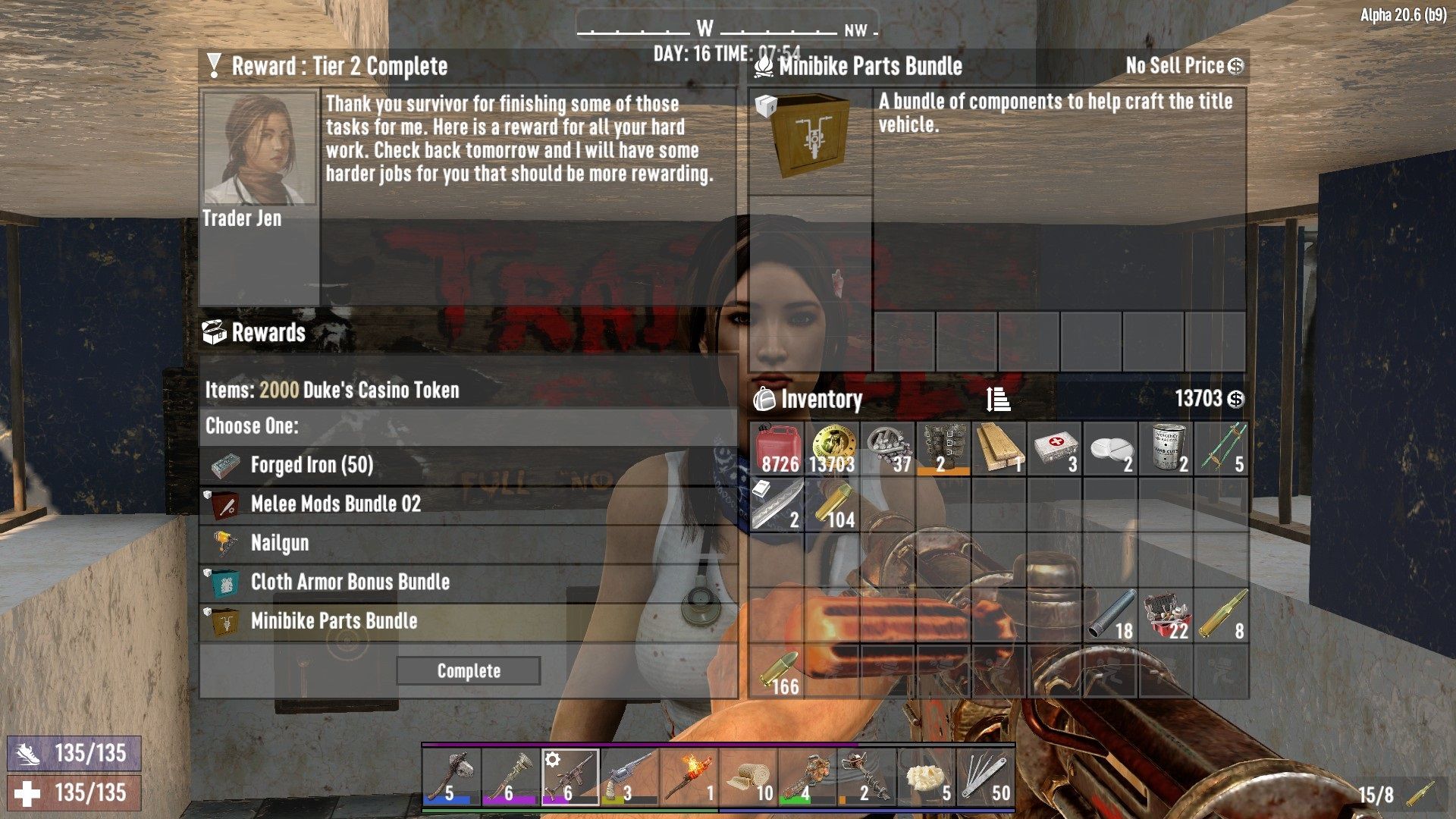 One thing that caught my eye was the tier 2 reward for Minibike parts. I have yet to open the bundle up but I’m hopeful it will have most of what I need to make one of those. That is one of my next major goals as using the bicycle is just not good enough anymore.

As I upgraded to another tier I was sent off on an opening trade routes mission. This one sent me off to find trader Joel. He was not anywhere near where I was hoping to find another trader. It was at least good to know another spot but I have no plans in the area it sent me off to grind mission in.

If for whatever reason I felt like regrinding tier levels for the tier compilation rewards. I now have the option to do so. Once I was done with that I quickly went back and started grinding out more missions again. 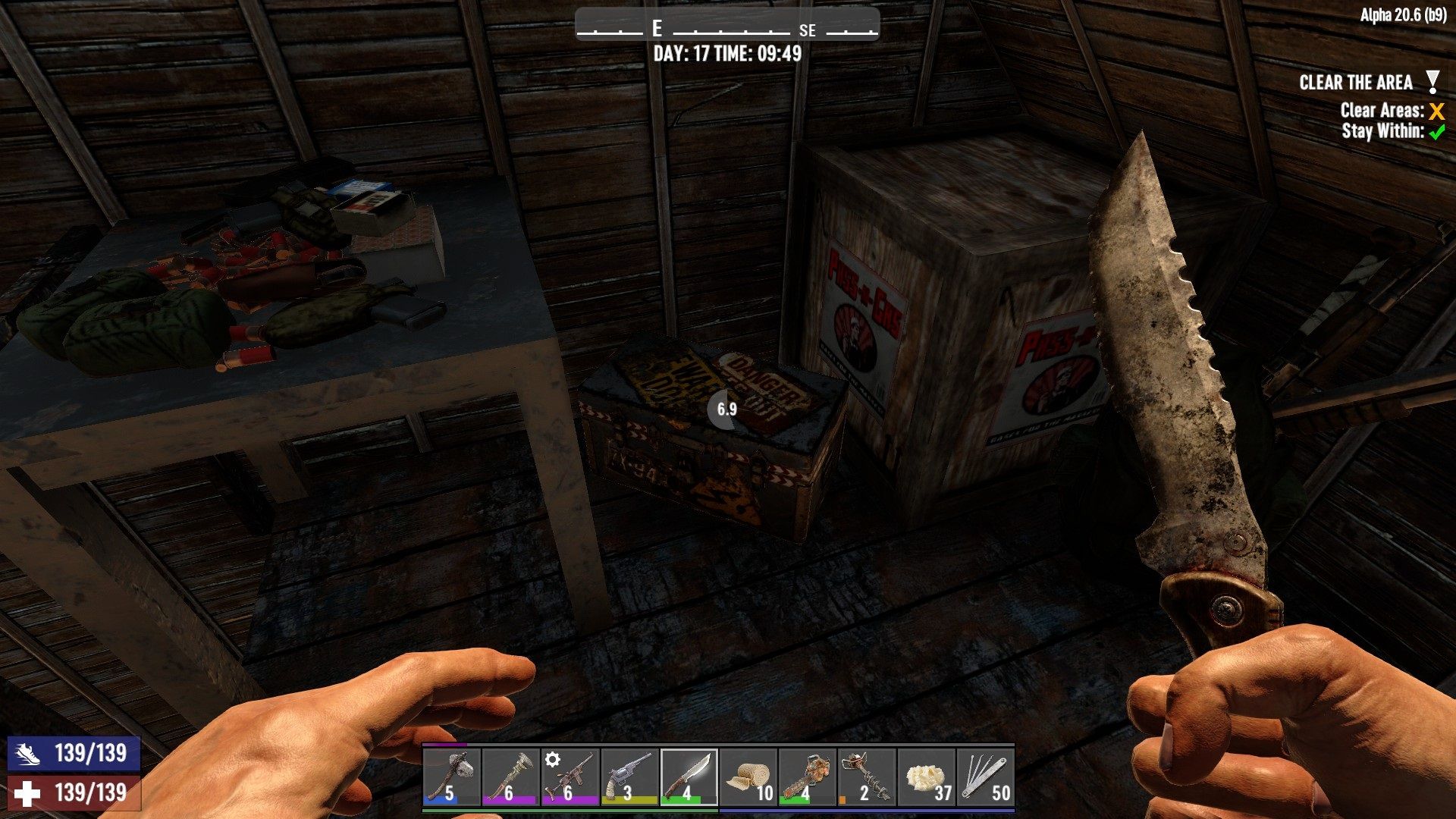 Tier 3 POIs started to look quite rewarding with some of the loot rooms I found myself clearing out. This one in particular was a welcomed sight as I needed more ammo. I was getting tired of just having the pistil to kill zombies with.

For the next few missions, I focused on just getting fetch and clear only. At this point, there were some other ones I was staying far away from. This would mean sometimes I did not run as many missions as I would have liked for the day avoiding the ones I did not want to do.

If that was the case I just headed up north a bit and worked on clearing out some homes and other buildings in the area. There was lots of loot around me I had been neglecting to collect. 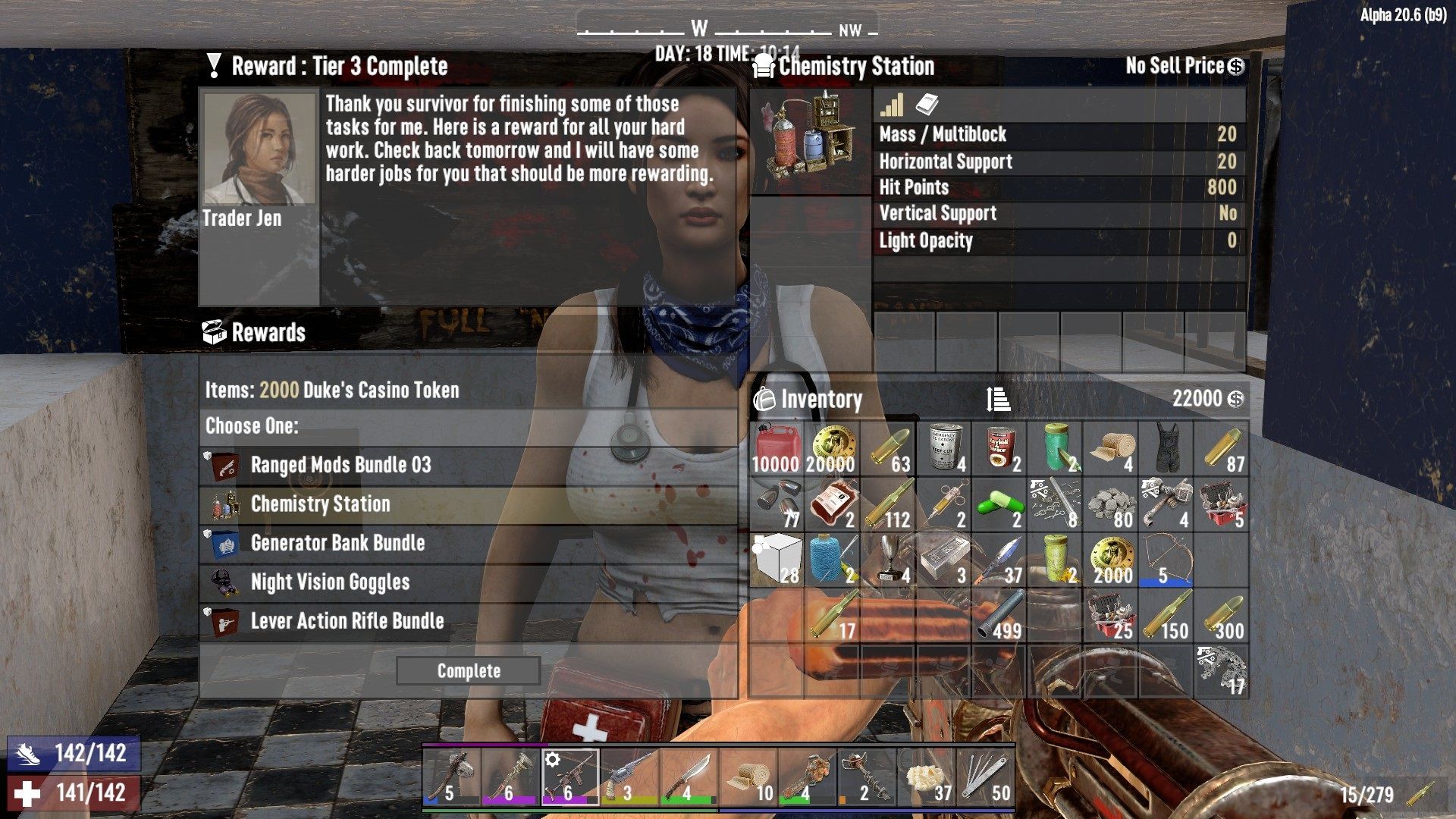 Before I knew it I had finished off tier 3. I was somewhat shocked to see one of the rewords I could pick was a Chemistry station. I’ll admit I don’t have much experience with them in 7 Days To Die so I’m not quite certain what I’d even be using it for since it’s been a while. It however seemed like an amazing reward to pick over the other stuff.

This time I was sent off to another trade settlement that was much closer than the one I’ve been working out of to my main base. It was tempting to want to make the switch and start working on the new one instead.

I however have a mission to get to tier 5 with one of these settlements first before branching out with others. In part, I want to see the kind of rewards I would get and the difficulty of the locations in question.

I want to start hitting a lot more tier 5 POI at some point. While I’ve found a couple on my own in the past to raid. It would be oh sweet to pair clearing them out with a mission.

At some point, I’ll need to pay closer attention to what these trading NPCS are selling as well. Perhaps even check on vending machines that I often skip over looking at. As I have over a full stack of Duke’s Casino Tokens now and then some.

Some of the items from the vendor seem to be a bit of a waste of tokens. However, at this point I’m stockpiling so many of them if I need an item it’s worth whatever they are asking to buy it. I also found myself in some cases being stuck with night missions as the only option now. The smart play might have been to head over to another trading settlement to work on them instead till I had a reset of what missions I could take. I however was being a bit too lazy for that.

While I would have liked to continue grinding till I reached tier 5 as that is my goal. The amount of these higher tier missions I can do in a single day is starting to slow down quite a lot. I have also amassed quite a stockpile of supplies outside of my base. Not to mention there are only so many days till another round of the blood moon will start lurking.

I might be able to reach my goal of tier 5 before the next bloodmoon. I however want to make sure i have some time to build up my base with defenses. There are a few other things i need to start working on as well.