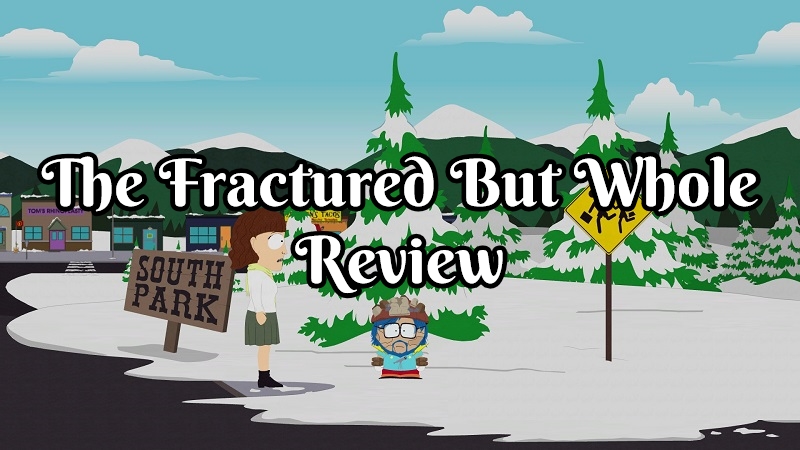 The Fractured But Whole is a South Park rpg game with lots of dark humor and you darn well know people getting triggered over it. I had a ripping good time between the turn-based combat beating up the 6th graders and farting on everyone. They even made fun of just about everyone and everything. 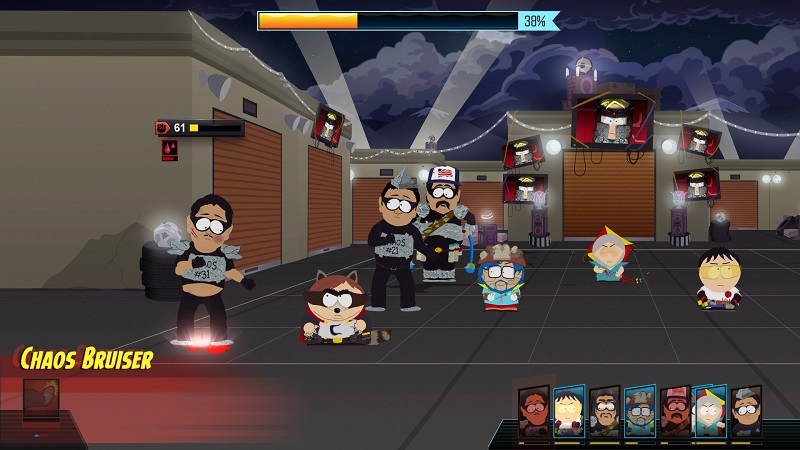 While I’m not always the biggest fan of turn-based combat there are certain games like The Fractured But Whole where it’s a perfect match. There can be a lot going on from your party of up to four. Even more so when you are outmatched or are using special powers.

Some games you feel like turn-based combat takes forever. While it’s true there are a lot of animations going on that can slow down combat. Most of the time they are funny gags and take quite a lot of playing before they get old. Such as having a 6th grader picking his nose to toss buggers at you. Among the many others fucked up action moves many of South Park characters have.

You yourself as the new kid also get some very powerful abilities to use that you can either trigger during an enemy's turn or have some event that occurs. I found it quite hilarious that I could get an extra punch in every time there was “microaggression” if I had complete the right quest.

While you did not always get to select which teammates were on your team depending on the mission a large chunk of the game you do. This becomes quite important since you can often block each other from getting a hit in if everyone is flat out just a melee attacking from the front. There were other times where the mission selection of characters made combat longer since most of them lacked a diverse enough attack pattern I was constantly being blocked by whoever attacked.

During combat, you could also be using crafted items to summon a character in to help. While the game made it seem like you should really hold off on using these items unless you really needed to during a hard combat encounter. I honestly used them as a way to spice things up when I felt combat during a long mission was dragging on. It usually added some comedic relief.

This game is also a huge fan of having ultimate moves. Which you get to unlock after enough damage has been dealt with you being able to earn some bonus points by tapping on the correct key during certain elements of combat. Some of these moves where downright savage while others left you laughing while pure terror rained down on your foes winning the match. 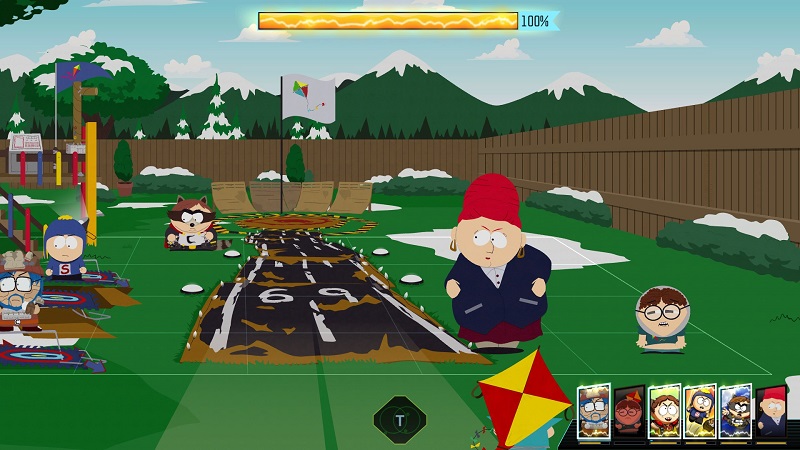 Just the amount of observed situation you found yourself in during combat was enough to keep me playing. There is nothing like having to run from the big bootie bitch Spontaneous Bootay that would one-shot anyone who happens to cross her cheeks. Finding yourself fighting off priests after being left a storage room with the lights off. Among the so many other wildly inappropriate situations you find yourself having to fight in. Even quite a few adults just wanted to kick your ass for beating up someone.

Farting Is A Way Of Life 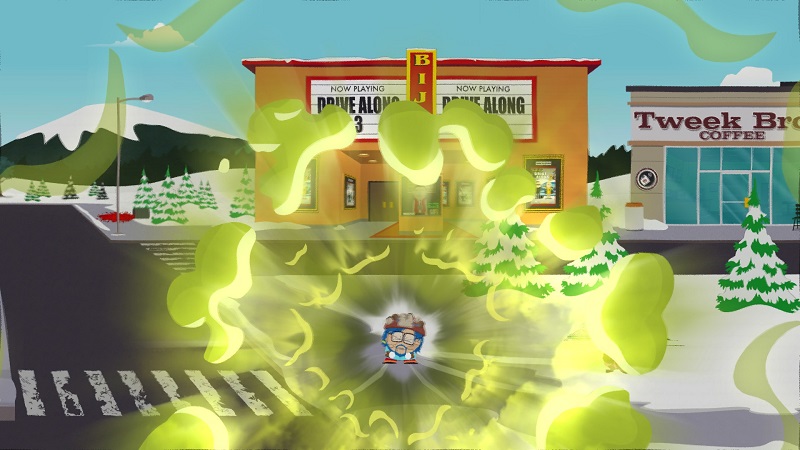 One of the main themes that are contestant throughout the game as you play the new kid is harnessing your power of farts to progress further and into new areas. The deeper and deeper you get in the more abilities you unlock that enable you to take advantage of this.

Throughout the town, there are a lot of side actives that give you some rewards for completing them like hero costumes among other things. They are however blocked or out of your reach on your own. Thankfully you can call on your pals to help you out.

You fart a lot. Sometimes you are faring on the face of the kid who goes into a diabetic rage to knock things over. Other times you are farting into a hose to power a sandblaster to move objects. Along with my personal favorite fart parkour which takes a game mechanic I otherwise hate and turn it into a ripping good time. 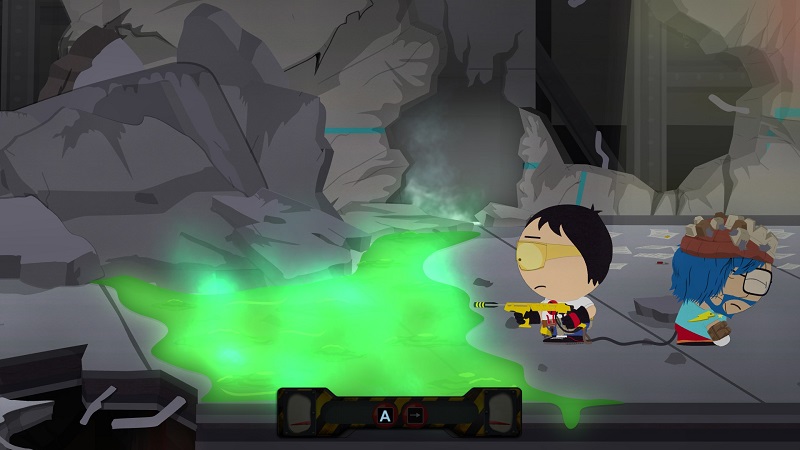 The downside to having your character needing to fart so often is it can get a bit old. Even more so in the late game where every single step you need to scan and trigger the event to harness your power of the magic means. Interacting with your surroundings to move forward should not be that reliant on a couple of actions. It at least takes a while to get old and I personally think if it was not used so often it would not have been. 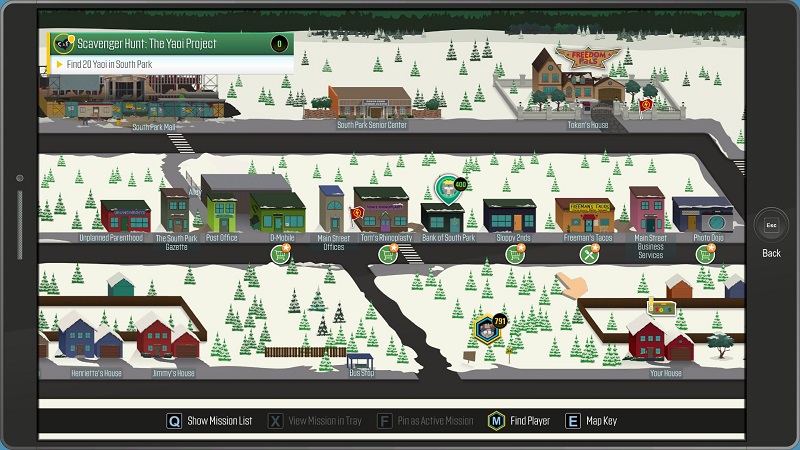 For how long the game credits were for this game it was quite stupid some of the bugs and glitches I ended up facing. While some will roll their eyes the moment you say the Ubisoft’s Uplay launcher was required to play this game. There are some bigger issues than that at hand.

The biggest thing for me was how clunky and even buggy at times using the in-game map was. It was clearly not fully tested to be used with a mouse and keyboard. There were often moments where it would just keep scrolling past where you wanted to select. This along with some acceleration issues made using the map annoying. Other parts of the game worked just fine when it came to using the map which was quite odd.
Most of the issues appeared to be with anything you had to go out of your way to interact with and was not a part of the main quest. There were also some glitched objects that seemed to have the wrong collision box for the object. They were not impossible to use but you really did notice when compared to another object that was correctly setup when you had to interact with it.

I also think there were some bad questing paths that left the player more confused than they needed to be. There was a point where I needed a special skill that I did not have access to yet. The solution was catching up another branch of questing to unlock that skill. The whole thing could have been avoided if the game held off on giving the player that particular quest until they had finished off another one. It would not have made any difference in the storyline of events if they had.

While all these things could have been understandable since they were not that big of a deal. The game also has a couple of years to it now. Some of these basic things should not be an issue anymore unless they have recently cropped up and just need a good old fashioned squishing. 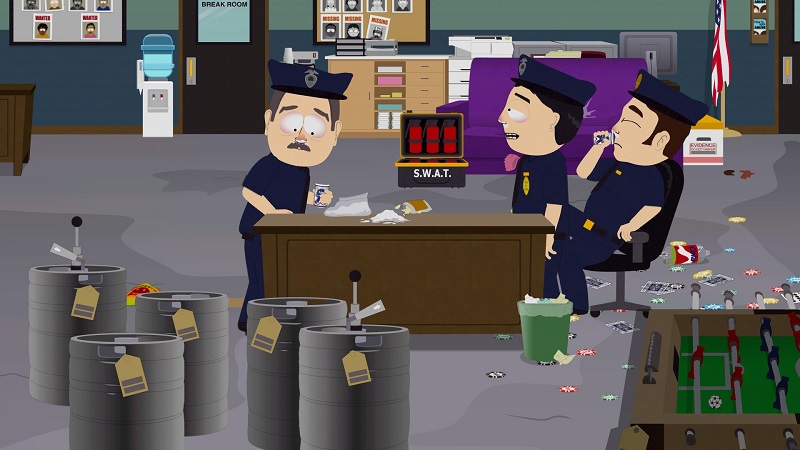 In your typical South Park fashion, it will go there and then some. Nothing really seemed off the table and if they could fit it in they did. It has been quite a few years since I’ve really watched the television show so I’m sure some things went right over me.

The game is ripe for the picking with some very dark humor. Home life is not so great for the new kid between his alcoholic mother and weed head father. There are even moments where the game makes you feel rather sad when you are all alone. This with how funny this game was otherwise and how quick it snaps another joke shacking out of those moments was talent.

I myself choose to play as a cis white male which apparently was the wrong way to go in this game. Not only did I get my own bathroom with the characters saying they felt sorry for me. I even had moments where rednecks showed up to kicked my ass because they were not having any of that in their town! 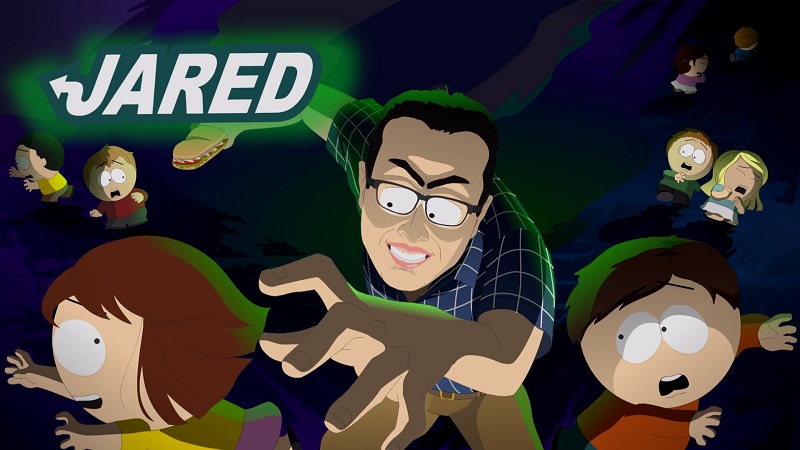 Yes, the game really did go there. They poked fun at so many different things. They gave exactly what you wanted for enemies that you could beat the daylights out of. I for one was not going to let him beat me down with his sub sandwich that was oozing mayonnaise all over the place. I have a feeling some of their comic parodies kept the lawyers up extra late. While other jokes could fly on by without a care in the world at whom it was directed towards.

When it was not going to such places you often found yourself stopping to take a selfie with others. You, after all, wanted that mad clout of being everyone's friend. Sometimes requiring you to go out of your way in meeting an NPCs requirement to be seen with you. This just further added at how stupid the whole selfie thing in real life is.

Some of my fondest memoirs of this game will be the strip club to helping a gay fish on a unicorn. This game is clearly not for those that get offended earlier. Which one could only hope was a clear indicator with it being South Park. I’m glad they did not seem to hold back in this part of the game. 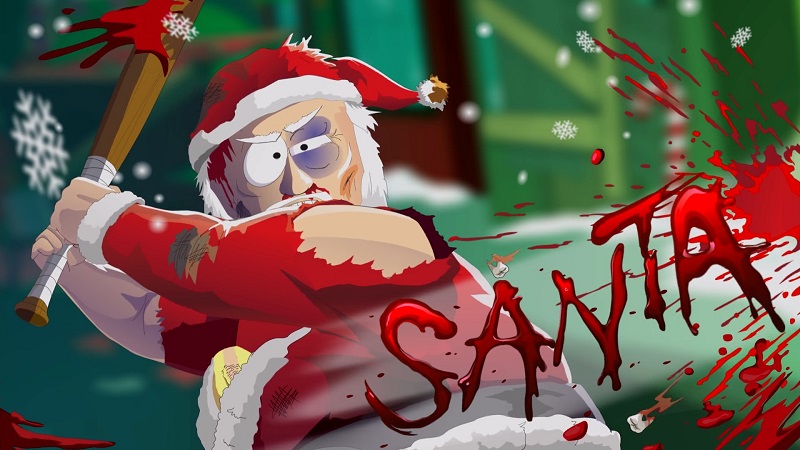 I had a couple of fun nights playing this one till the end. For the most part, it kept me laughing, fighting crime, and wondering what obscene situation I would find myself next in. It was not too hard of a game to play. I just got to enjoy for the most part the adventure this game was.

Screenshots were taken and content was written by @Enjar about the game South Park: The Fractured But Whole

If you are thinking about getting this game and are looking to support me further consider using my Epic Games creator code: enjargames at checkout or using this referral link to be sent to the store's pages.