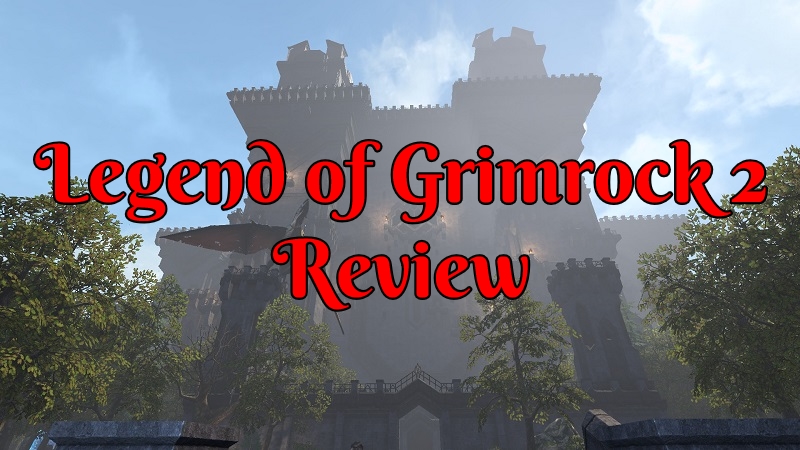 Legend of Grimrock 2 is an rpg with turn-based combat and movement that has elements of dungeon crawling and puzzles. You get to make a party of four characters with different roles from melee to range and try and survive a mysterious island you find yourself trapped on. 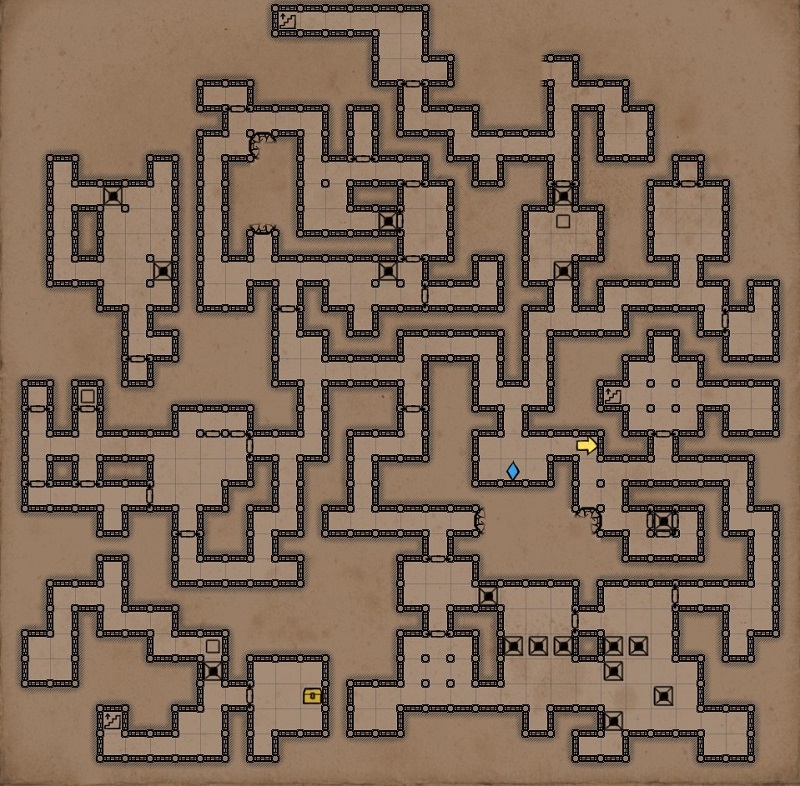 One of the main elements to this game where I felt it shines the most is all the different dungeons you discover, fight and crawl your way through. While also trying to find all the required gems and loot upgrades to keep progressing along. You could find yourself in underground caves, dungeons, temples and all sorts of unsavory locations. All you know for certain is the Islands Master has a trick up his sleeve and you need to keep your eyes peeled.

Some of the dungeons I came across in my adventures where quite massive and took some time to get though. These typically had hidden passageways, puzzles and monsters to fight for epic treasure. They often left me wondering if I had under looked a hidden switch or a clever design doorway that was easy to overlook.

I find it rather rare in a game for me to want to have game sound on. Hearing creatures behind hidden passageways made an excellent sound cue. When the game was not messing with me thinking there was something that was not. Along with other factors that came into play while having it on like combat.

Then there would be the others time a much shorter dungeon that still had a purpose for the player entering and clearing them out. Often times I found these even more challenging as they were not always about working out a puzzle but dealing with the actual creatures and bosses within them. Somewhere rather rewarding or even required me to return later on with a needed item. 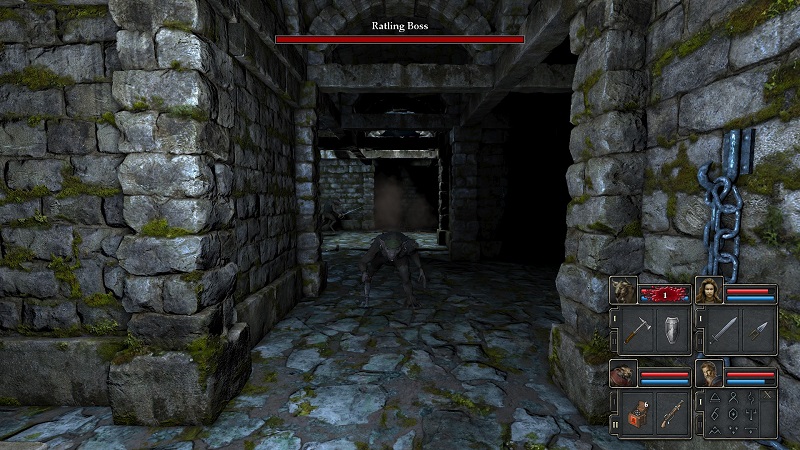 It seemed like some rooms were made for the player to be fighting it out with monster giving a wide enough area to kite. This along while others seemed like dragging points or choke points to hold off a swarm of monsters that you just had to tank the damage. It was nice seeing some freedom of different playstyles was being enabled by the number of tiles in a room. I centrally had a few tactical attacks and then retreats to take advantage of my surroundings.

The game also has a crystal that you can heal and save from. Each dungeon had one of these and it was always interesting to see how the dungeon's layout would shape up compared to the location of them. Sometimes I would find hidden passages or doorways that would open up unlocking a quick walk back to them. It seems it was quite important to the developers to ensure the player did not wander off too far from being able to backtrack and save or heal if needed.

As a player, I never felt like I enter a dungeon and it was just a waste of my time. Some clear thought was put into the layout of the lands leading the player to them. Some places I would clear out and they have certain loot I felt was appropriate for one or two of my character at a time. While others seem to just be a good place to catch up any that were lagging behind in gear. 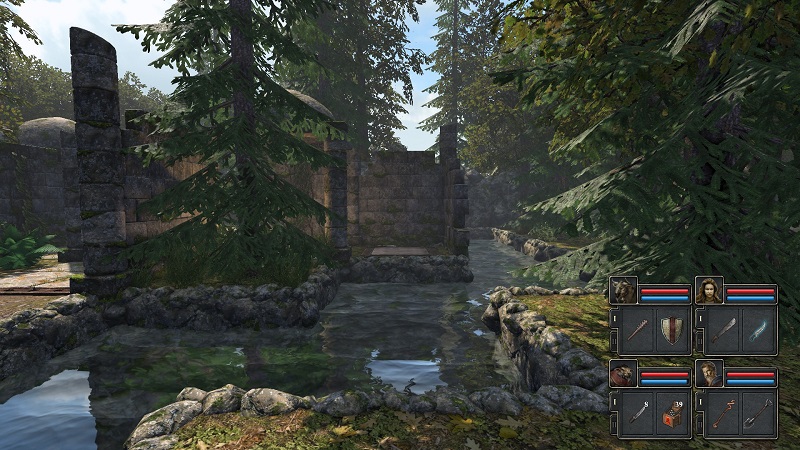 This game does use grid-based or as I prefer to call it turn based moment and combat. As such, there is that very grid feeling to the world and combat. This was not as bad as I’ve experienced in other games like Might & Magic X Legacy that comes to mind. If this is something that you can’t stand in a game this could be a deal-breaker.

I’ll admit I myself hate these kinds of systems of movement and combat. I will say at least, for the most part, it was more natural feeling than most and I got used to playing the game that way after a while. It was something as a player I could take advantage of as well knowing movement could only be done in north, south, east or west positions. It made dodging or other elements of combat easier once I got the games NPC movement tick down. 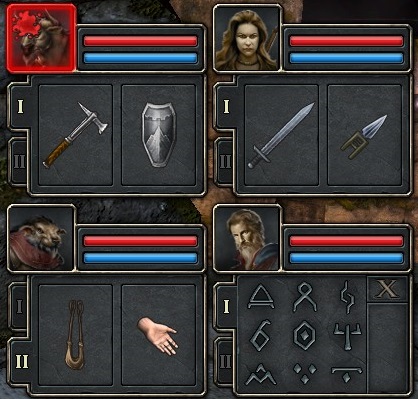 The game is a bit different than I was used to in having your group of member engage in combat or cast spells. In a number of games similar to this, you end up just hitting your one though nine number keys to have whatever character that was selected at the time to attack or cast a spell. Instead of doing that you had to click on the character that was off cooldown than select which of their two items slots you wanted to use for attacking.

There was some awkward feeling of when fumbling inside of bags to get at healing potions or charging up weapons that had stronger attacks during combat. I did have to pay attention to what characters were off cooldown and what attack I wanted to use for each situation. So there was some on the fly thinking when combat was concerned.

Not all weapons are created equal either. Some can only be used from the front line like swords. While others like a gun had a risk of exploding and damage your own party or just jamming if you lacked a high enough skill. I felt most of all thrown weapons were a bit lackluster since you oftentimes had a limited amount that you then had to retrieve to throw again. 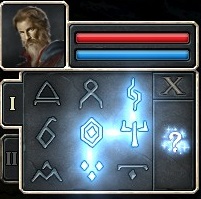 Spells I felt were by far the most interesting to use in combat out of everything. While this game does have your standard use mana and requirement of skill points in a different class of magic. You have to actually draw out different symbols on the character sheet to cast something. From casting just light or lighting each spell had a different combination that you had to discover and remember to use.

I had a fun rotation picking out what weapons I had on my character to use depending on the distance, mana left and other factors of combat. It was deeper than I was expecting. Also left you a little excited when you found ammo again for that character you where skilling for a gun but had run out. Some weapons were used more often than others during my play. 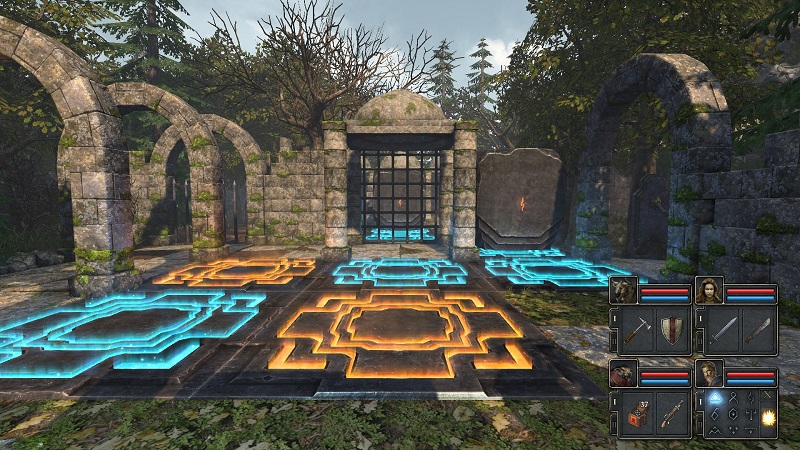 If you are someone who loves working out how things slide, shift, click together or text-based puzzles to solve this game has that element for you. I also felt like the game developer made it varied enough once you realize “oh I can do that’ they build on or do something else that made you rethink how to approach things. While they did reuse certain elements I was always thinking to myself what did I know so far and what I can do with what I have to move forward.

For me the sliding of the object on the floor to unlock certain things in t room to then trigger something elsewhere easy to spot and work out. These I would consider your easier give the player a bone and let them have an easy solution. 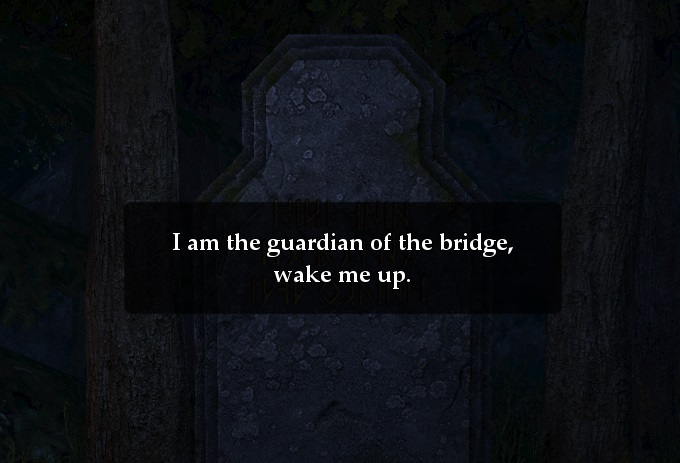 You then had far more complex puzzles where you did not always see all the working parts to it. Sometimes they require trial and error and reading more subtle hints left to the player in the environment around them. Other times they were not so subtle but instead in a word content that required some game knowable to work out.

This game certainly made a packrat out of me in wanting to pick everything up just in case I could use it on a puzzle. While oftentimes it was not a particular item itself. It was just having enough to trigger pressure plates or test out different patterns depending on the situation. 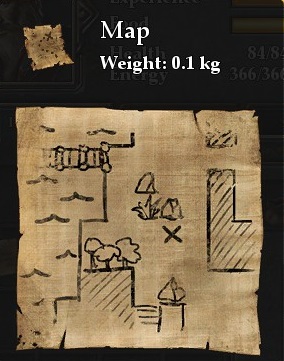 There were also the map-based visual puzzles where the player needed to know the lay of the land. Most of the time these where rather option with buried loot or other things at those locations. These I noticed the most I would overlook or out level the need of when I did bother to hunt them down. Sometimes I was just more interested in moving forward into a new area than backtracking trying to work out the map location.

I ended up enjoying the puzzling aspect more than I thought I would. It was humbling to feel quite stupid more than once when I realize how to approach something and solve it. Sometimes we just overthink things other times we are trying to do something that had worked before but it’s clear it was not meant to be used in such a manner that time around. 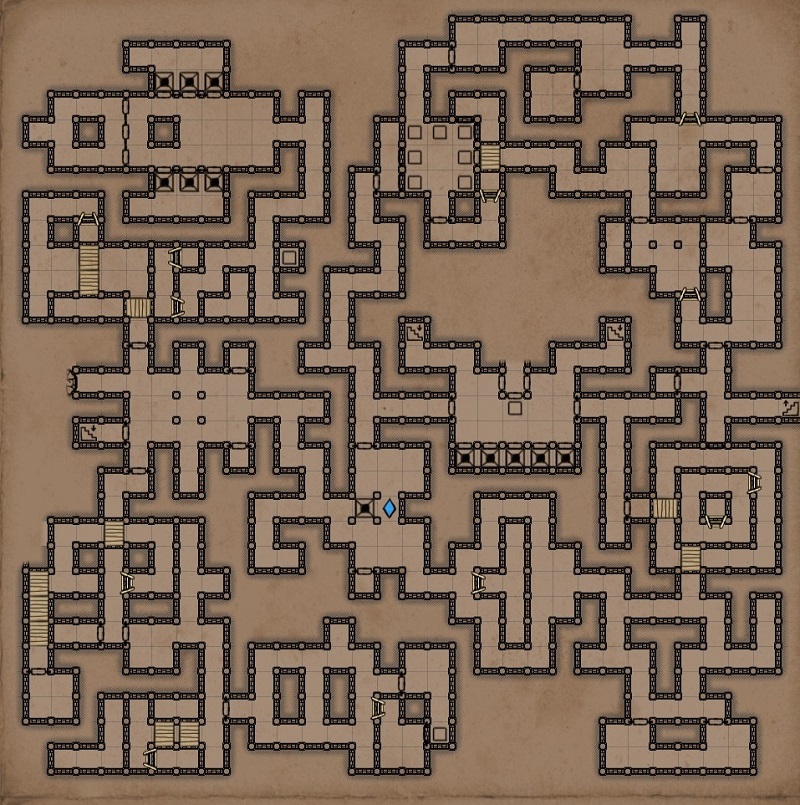 I had fun taking my party on the single-player experience. This made me feel like how games use to be before everything was required online this or that. These kinds of games seem to be disappearing and while this game is a couple of years old now. I can only hope to keep finding them like this as I had a blast.

The only thing I wished was dungeons would respawn and I would get to clear them over a couple of times. Outside of a couple of random monster in that world respawning that was not a thing. This is a shame as I really enjoyed that element the most.

There is also a mod workshop which I did not mess around with. That does look like a great way to extend your gameplay or change up the game entirely. Looks like some modders have gone all out for this game. I always think it’s great when the developer gives players the opportunity to do so. It’s also a nice redeeming quality of a single-player game and not needing to worry about breaking everyone else immersion of the game by allowing it. Just let them play.

Screenshots are taken and content was written by @Enjar about the game Legend of Grimrock 2. If you are thinking about getting this game and are looking to support me further consider using my Epic Games creator code: enjargames at checkout or using this referral link to be sent to the store's pages.