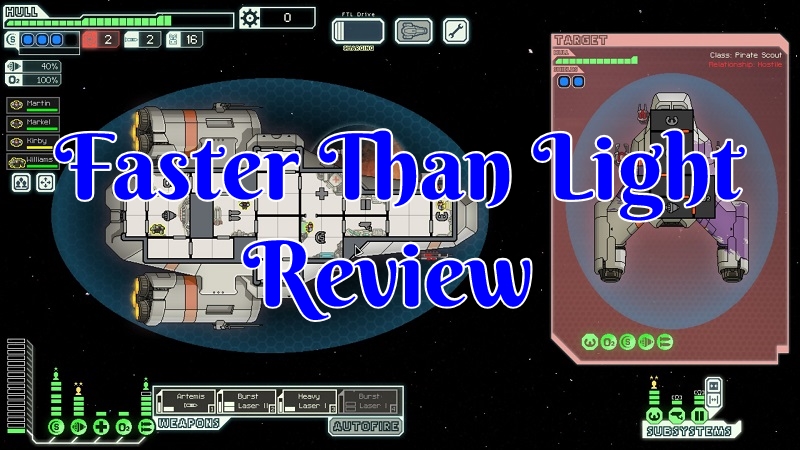 Faster Than Light (FTL) is a space strategy game where you pilot a ship with the goal of reaching the end sector and defeating the flagship for victory.

Along the way, in this game, you are chased across many sectors for the information you are trying to bring to the federation. You will face many challenges from resource management, events you choose to engage in and so forth. Meanwhile trying to decide how long you should stay in a sector before having to jump forward into more dangerous space. 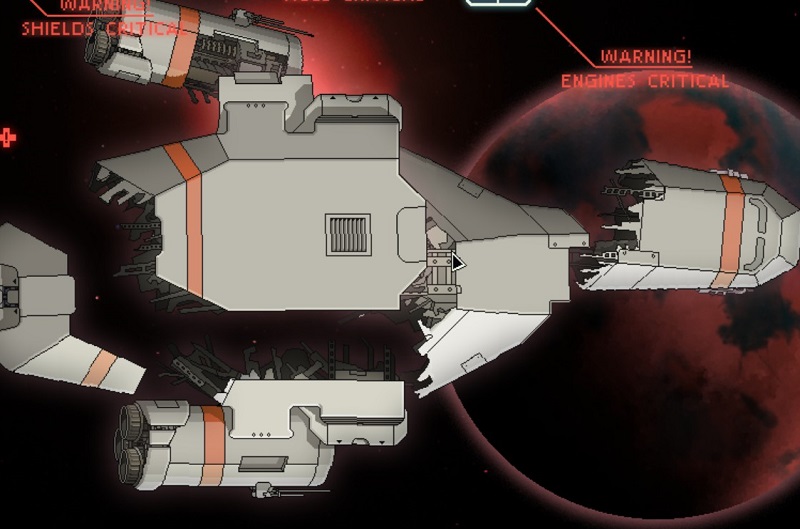 If it’s one thing this game is great at it’s killing the player again, again, and again. Each death having a take away as you start over again. The game could be going amazing and suddenly your ship blows up into bits. While other things you feel like it’s just going poorly and you managed to make it to the final sector to only be pawned by the final fight. There is no going back to a former save to try again only going forward with a new game. 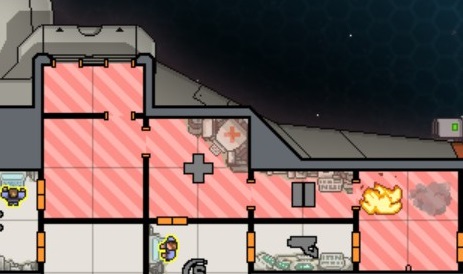 Some of my more fun times playing this game were very comical deaths. The ones where there was nothing you could do and you had to march into death. One rather assuming example I had from my journeys was a fire break out in the medbay. I vented the air in hopes of squishing the fire and finishing out the combat I was in. After winning the fight I lost the game. The fire had spread to the door lock room before going out. There I was with a vented into space and broken systems. My crew was heavily damaged from an onboarding attack and they did not have enough life to make repairs. While I could not jettison them out of the airlocks they sure died from failing to repair in time. I had so many deaths like this it was quite interesting.

Despite all my deaths they seemed to be under different conditions each time. This to me made me say “just one more time” and I jump into space with a fresh ship and crew. You would think after a while no one would want to join what was surely a voyage of the Dammed! 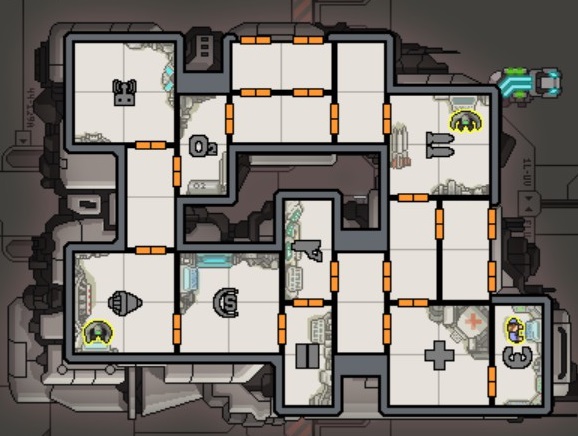 The game has several different ships you unlock from achieving different things in the game. This can be from reaching a higher enough sector or taking out the right target. Each of these ships starts off with a different loadout and starting systems. 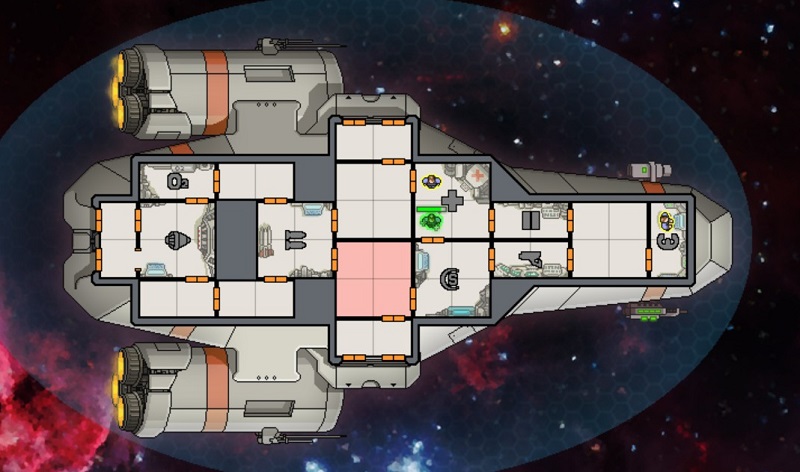 I personally enjoyed the first starting ship The Kestrel. It was nothing fancy no drones or cloaking. It was, however, a very balanced starting ship and one I could improve on. Though finding loot from defeating pirates and spending scrap at stations you could make it how you wanted.

They each had a different loadout as well in how they were shaped and where the different main systems where. This leads the player to think what routes they want to vent air to outer space to fight fires. Along with where should your highest repair skilled crew member be placed and other things. 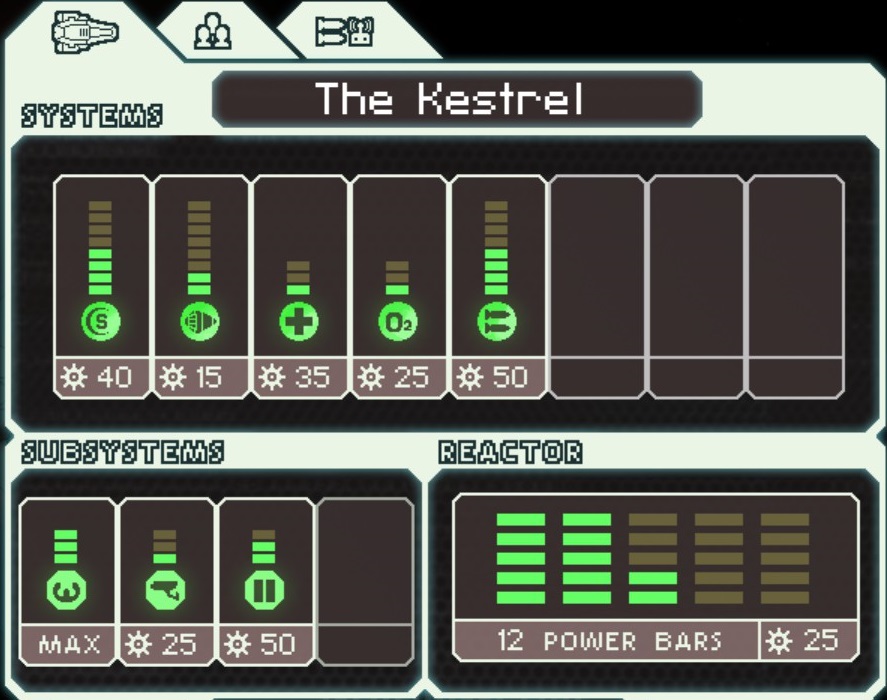 Each ship itself has three categories of places you can upgrade: systems, subsystems and the reactor.

The main system themselves such as shields, weapons, engines, medbay, and oxygen have an interesting role in a players playstyle. Going all in on one can become rather short-sighted. Even more so since if you need to run off to a station to repair that costing you scrap you could use for upgrades or acquiring other systems like drone control and cloaking.

I personally loved how different the shield system was in this game compared to other games I’ve played. They are more like layers of shields than anything else. Every couple of upgrades you add another layer onto your ship. Often times if you can keep ahead on your shield upgrades comparable to the sector you end up suffering much less damage. This also means you end up wanting to valley your attacks on the enemy ships so they don’t get wasted on the shield. Unless of course, your weapon of choice bypasses the shield in the first place which can be a great tactic at getting the desired system offline.

You also have a bunch of subsystems and while they are not as critical they tend to affect the player more than the NPC. Without your camera systems, you have no clue where a fire, breach, or boarding party is on the ship. When door systems are down you can’t close your air locks which as I noted above was certain death in at least one game. There is also piloting subsystem which acts has autopilot if for whatever reason you don’t have a person manning the helm for dodge chance in a fight. While these are not as important as the main systems they can sure be your downfall as well.

You also have the reactor that needs to be upgraded to power your addition of guns, more shields, or other systems you choose to add. Once you spend all your scrap rushing to upgrade a system to find out you lack the power to fully run it and therefore do not gain any benefits. You realize the importance of planning out your upgrades better for the next time. 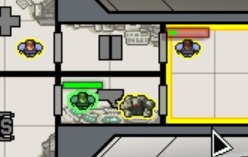 A very vital part of the ship and there are a couple of different races in the game you can end up with. While the ships start with a standard crew though rescuing, buying, or trading you can end up with more crew members to man systems. Many times depending on how things are going you are trying to replace one that died during combat or a mission.

They provide a bonus to a ship's system they are manning. Everything from faster recharge rates for weapons and shields to more evasion. They also gain experience and can level boosting how effective they are. I often found myself even if I happened onto a new crew member who already had a skill I had level up that it was nice having a backup. Sometimes it felt like it was the games way of telling me next round your one guy is going get killed so here is his replacement. Just don’t tell the cr3ew my theory on that one! They might not be too happy to be on this adventure with me after all.

As far as the different races somewhere much better to have than others when you reached the end game. Many of them, for the most part, had positive and negative traits to create a balance so they would feel too powerful. While humans could learn quicker by the time you got to the final sector anyone who has been along for the ride long enough should have been max out anyway. The Engi were great to have for fast repairs but when you got boarded by the attacking ships them were quite worthless in combat. You also had ones like Mantis that were quick and decent in combat but they took double the time to repair.

I never felt like I had too many crew members. Often times I never had enough and only manned the more important systems. Ship combat when the enemies would board was also an issue quite a few times since they usually attacked with races that had a bonus to combat themselves. Leaving me trying to lure them into the medbay so I could get heals while slowly taking them out.

The thing that makes or breaks you is your luck when it comes to events. There are also quite a few of them to keep the game feeling rather fresh. You quickly learn some are just not worth the risk unless you are desperate. While others almost seemed like the best choice to go with no matter how your own situation is going.

For a space game, you had the normal beacon of distress that would sometimes be someone needing help and other times an ambush. The pirates were sometimes witty about it when they lure you out there with a comment about them being in need and your ship is just what they needed. Most of the times though they seemed to be worth going after for the scrap and other loot you get for defeating them.

I myself learned to stay away from the mission that could cost me a crew member. Many times this fell down to an ethical dilemma where both good and evil ones could result in losing a member. One such event is do you won't allow a member to be an experiment on? Well, how greedy are you to say yes to that! With how rare it was for me to have most of the system manned I did don’t care what kind of reward would be offered it was not worth losing an experienced crew member. You also did not have any control once you accepted ones where they could be lost at a high rate with the end result. It was more like the roll of the dice and crew member bites the dust.

You also had times where a crew member of yours was the right race and had the skill for a special option to appear. They could complete the task and there was very little downside to letting them do so. They would show up as special blue options letting the player know that they were different from your other choices. 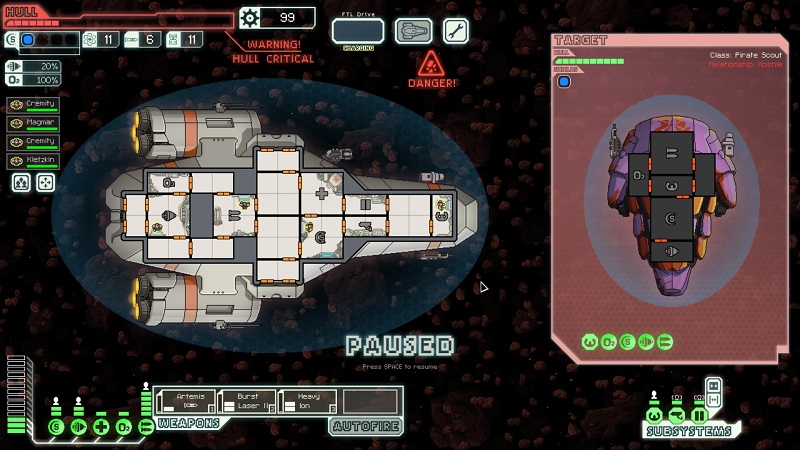 Another big factor when heading to different places for these became the environment they were in. If you were battling a space pirate next to a sun or asteroid belt things could go sideways rather fast. You might end up with some bad luck of an asteroid knocking out your shields before they attack or the sun causing a fire in a bad area on the ship. Other times you might have jumped into a nebula to slow down the pursuit on you and it renders a large amount of your power system unusable meaning you could not fully power up your weapons and shields. Many times the environment was the one to do me in more so than pirates or anything else I ran into.

This part of the game is what adds repayable and depth to the game. Without so many different events it would be a much shorter game. I could also see it as an easy way to breathe new life back into the game without needing to add too much. 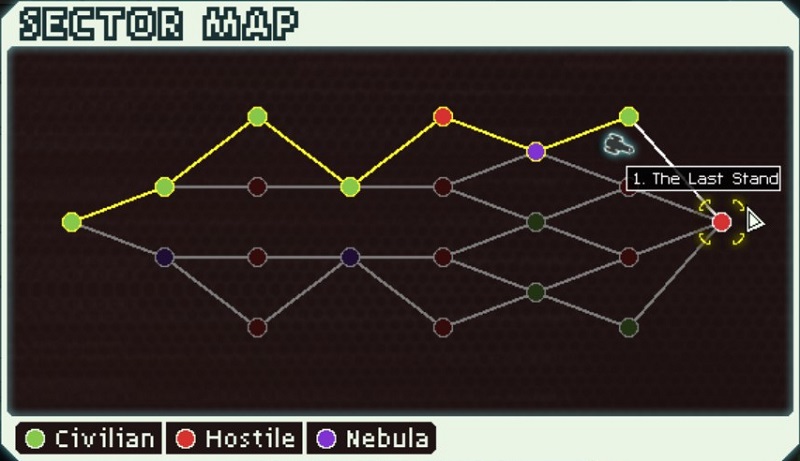 With any luck, you end up at the last sector having survived all kinds of horrors to get there. This is the end game and it does not hold back. I started to get a feel long before I would even get to this point if I had any chance at all of surviving.

I will say this part of the game is quite different then what you have faced up to this point. I’m not going to go anymore into it. As I felt it was a nice holding back and waiting to introduce these game mechanics into until the very end. It made it something extra special to deal with. 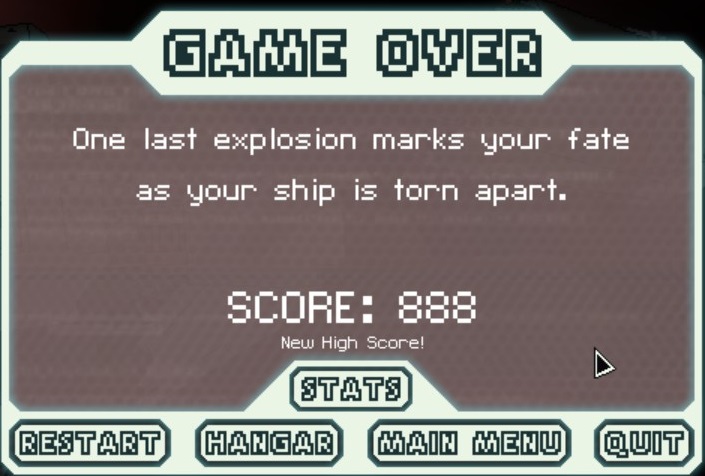 I ended up getting killed so many times in this game. It was nice that each playthrough was only a couple of hours at most. So when you did die it was not the biggest deal in the world has to start over. The game also had a decent enough replayability that you would want to keep going. While unlocking a new ship did help a little bit in that aspect I mostly liked using The Kestrel as it allowed me to build up what I wanted and fit my playstyle right away.