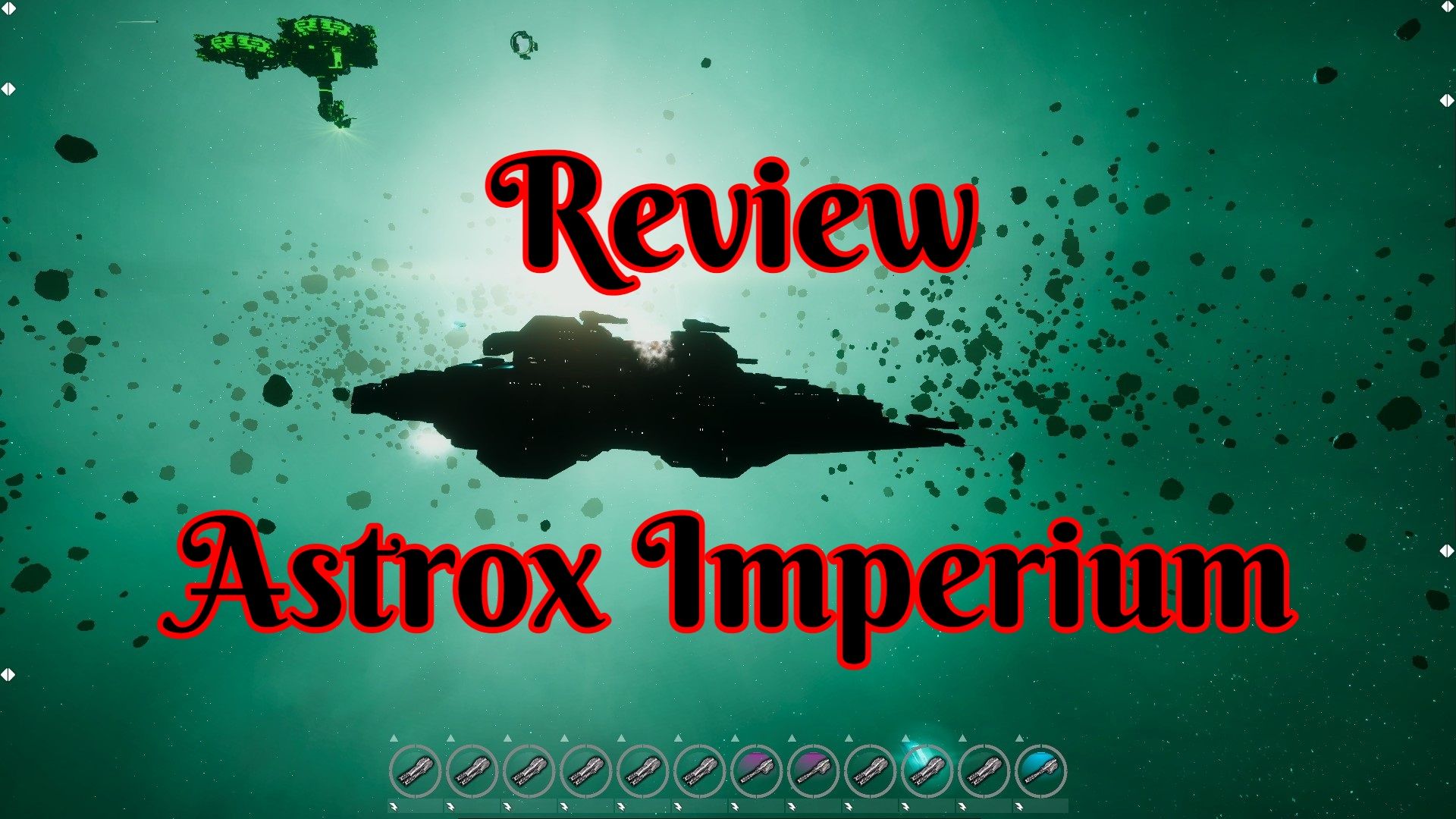 Ah, the void of space and endless hours of exploring, pirating, and mining. While Astrox Imperium is still in early access it has a bit of an Eve Online vibe to it. Expect it’s a single-player game and a lot more basic. I’m hoping over time this game will age and have some wonderful depth of flavor to it as things get expanded and balanced. 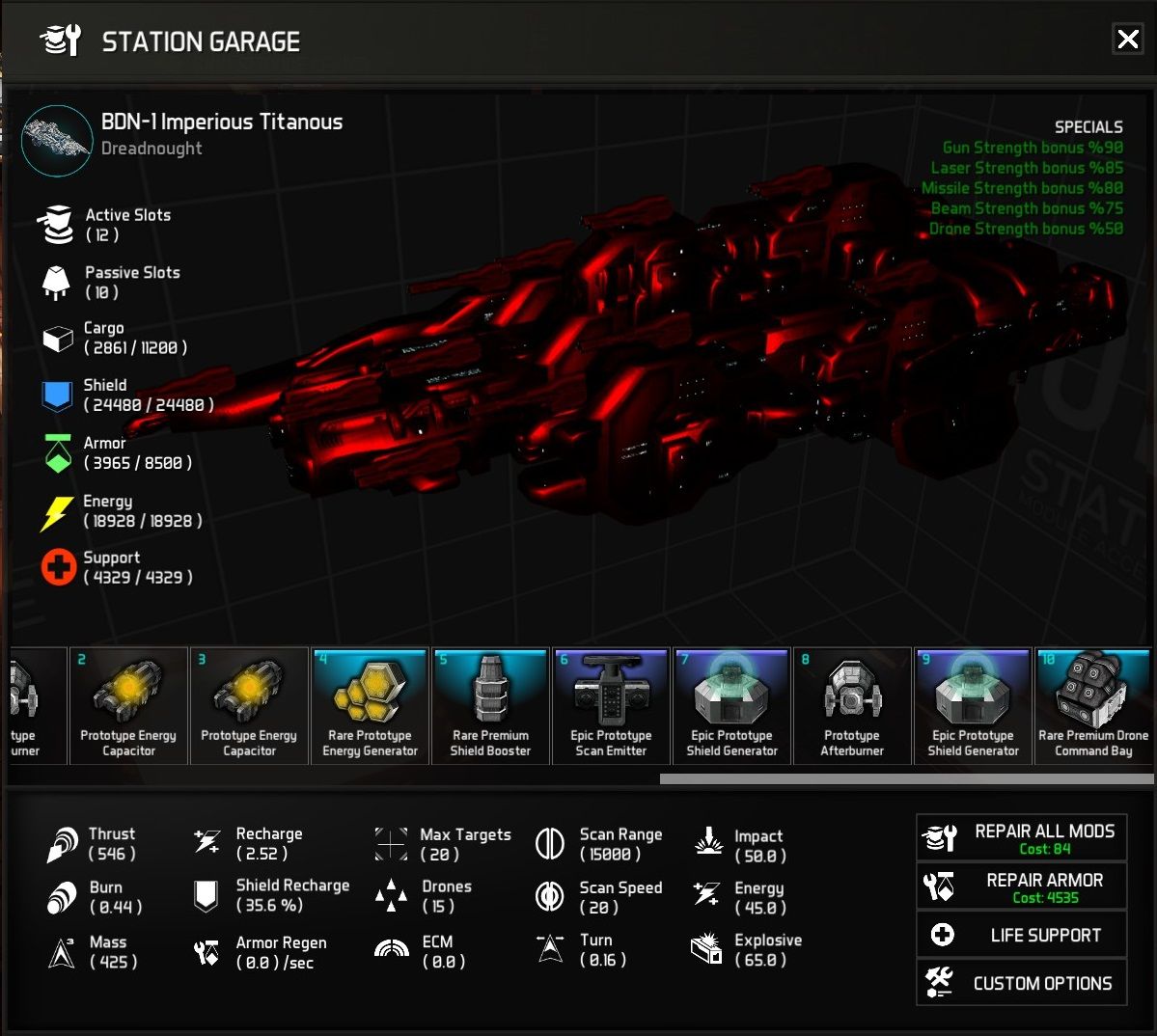 Ships in Astrox Imperium are not overly complex and I rather enjoyed it being that way. You have your active and passive slots. Along with drones if you were flying that kind of ship. Outside of that, if you needed to bring ammo for your weapon that was it.

This game does have a lot of ships in it. Something like 89 which for a single-player game is just crazy. With that many ships chances are there one for the kind of playstyle you enjoy. Ones that focus on mining to giant and slow-moving death ships shooting a dozen lasers or missiles if that is your thing. The tricky part is finding the ship you want with how many stations and systems are in this game you need to explore. You can’t just go to a central hub and it has all of them. 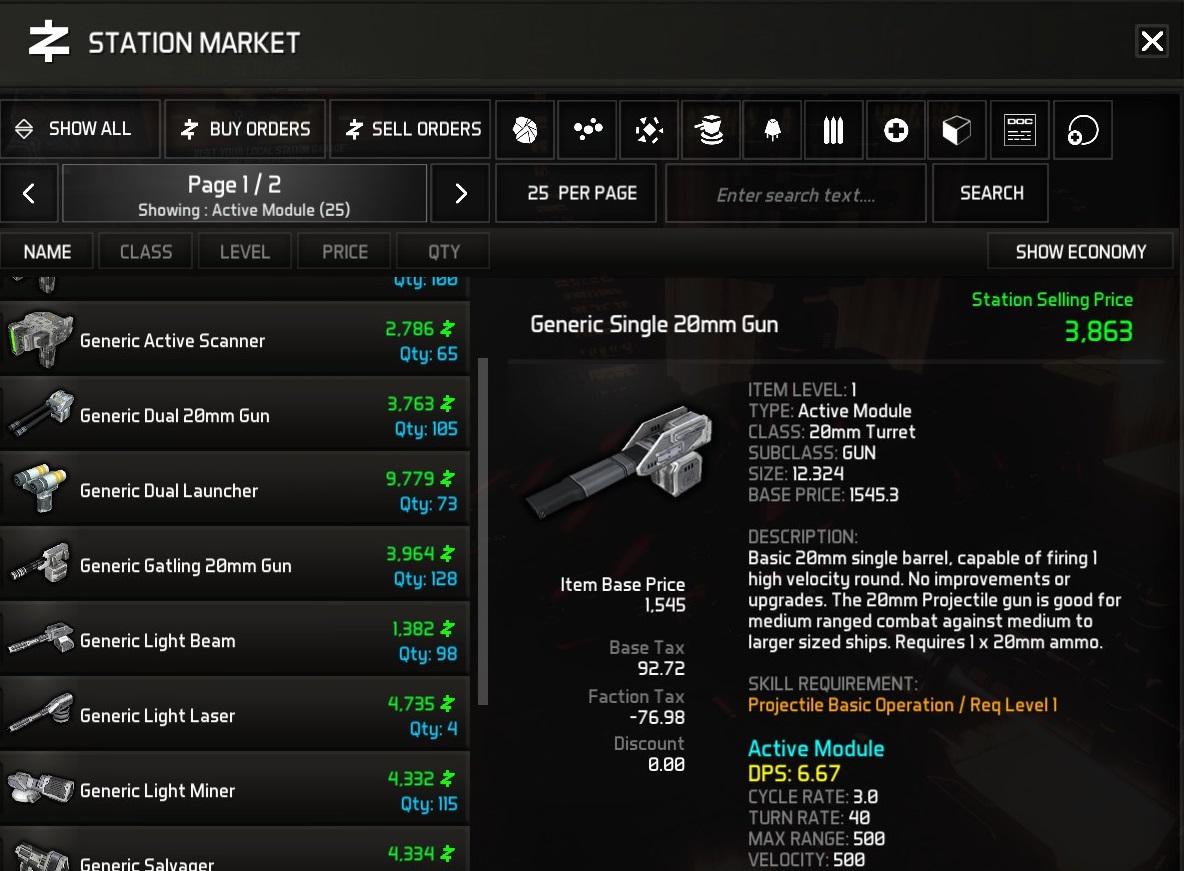 Modules to fit a ship comes with quite a few options. You have active slots like weapons and salvagers. Then you have passive-like energy regeneration and armor. If you played Eve Online before or another space game with a similar setup there nothing new to learn. It’s just a bit more basic and to the point. I did not feel the need to put a lot of overthinking into fitting out my ship. If you are like me and find yourself just wanting to sit back in a game and blast some asteroids for space rocks this game has quite the setup for space mining going on. You can mine by yourself or go all out and have a fleet of up to 10 mercenaries with a player structure set up for them to drop off ores in. 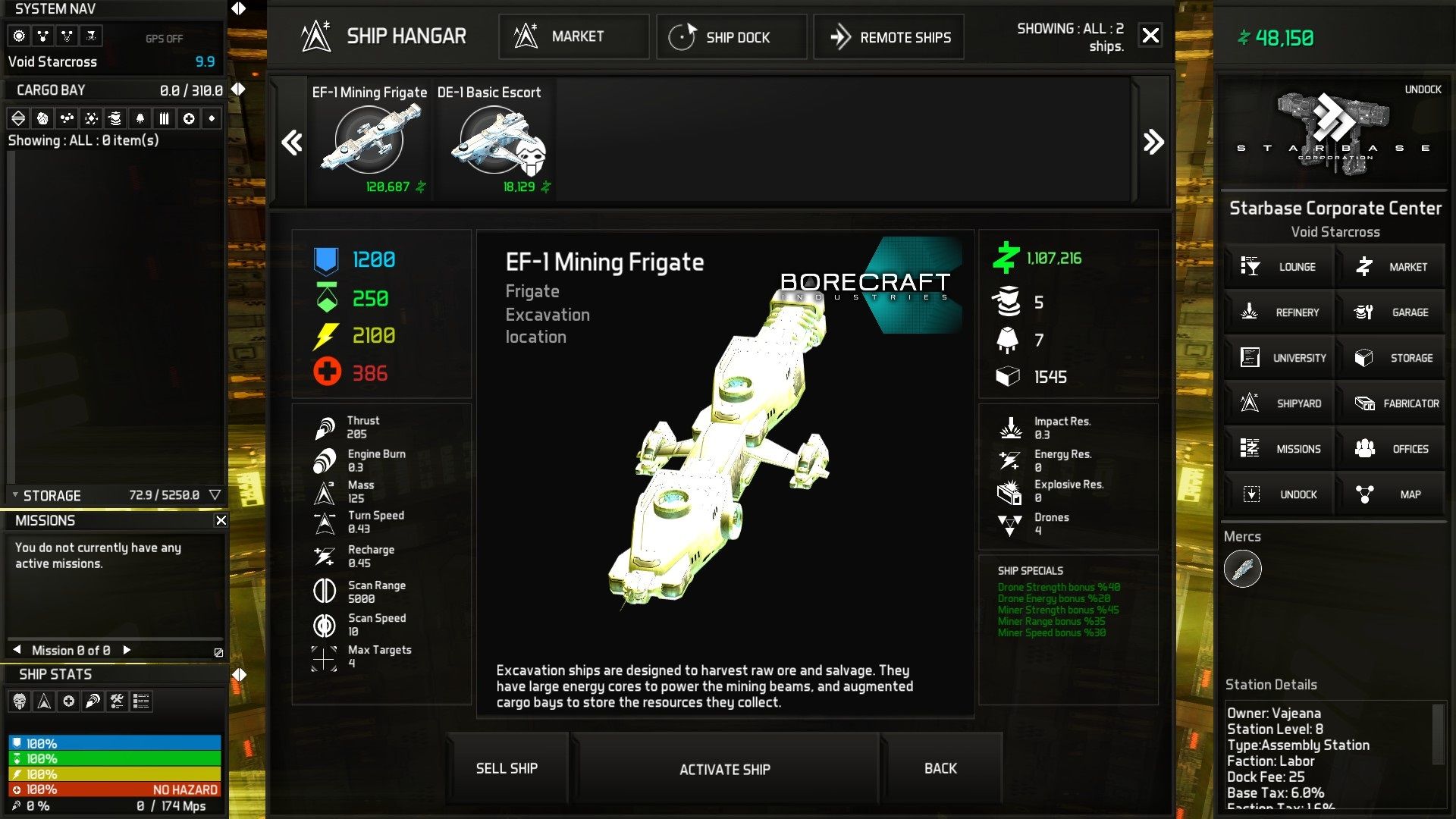 In my first few hours of play, I gave mine a try. There are a couple of ships with mining bonuses and a whole bunch of different mining lasers to pick up. It felt like mining was the place to start as any kind of combat usually resulted in my death with the starter ship.

There are a couple of different ways to go about mining which I found nice to break up the grind. It comes down to how active or lazy you like mining to be. You could mine right outside of stations in the starting system of Void Starcross without a worry in the world. There were also mining missions that you had to go mine special spawns and deliver. You could also venture off into deeper parts of space for higher valued ore hoping to not get blown up by raiders in other systems.

I enjoy using mining lasers and until after cruiser size ships, I was set on doing just that. Things however changed after that as the only bigger ship with mining bonus are carrier ships and they are drone boats. While I have not seen an end-game ship with a mining bonus as the BDN-1 Imperious Titanous is a weapon ship. Those bigger ships do have a lot more active slots to make up for the lack of a bonus.

I never did go out to find mercenaries to hire that either did mine or hauled so I could get more ore per trip to the station. They seemed like a rather pain to have to manage by going into their induvial inventories one at a time. The solution was setting up a mining silo that how cost many millions and I had moved onto combat by the time I had that kind of money just sitting around.

It was interesting to see how important skills became when mining. While you could increase your main mining skill and get a better harvester you would soon run into trouble. Stations don’t hold a lot in your storage and refining ore can be a bit slow. Thankfully you can boost those rookie numbers to insanity.

Still, I’m not quite sure if a full mining fleet would be the way to go even with improved refining skills. As it seems like you would be spending a lot of time either sitting around loading up the refiner with ores or hauling it looking for a better price after you crashed all the local markets. Mercenaries themselves can’t just go do these tasks for you. Nothing like traveling around exploring the universe and getting splatted like a bug across a spaceship windshield. Sometimes I swear the raiders did not bat an eye at killing me. I was simply in their way and death was expected on my part.

No, I’m not talking about running around in a starter ship and getting owned either. Though I had many hours at the beginning of that happening as well. I was at one point in the best ship in the game a BDN-Imperious Titanous dreadnought. Still, I sometimes ran from the raiders as they would show up wave after wave till I just could not fight them off any longer.

Combat for me was where I’ve spent most of my time so far. It is also where I made my millions to fund a failed expedition into trying to get set up in a wormhole. Though more on that down below. While the mining missions paid a little bit. The combat missions are where it is at in this game as they could pay $3 million a mission. Not to mention the experience was a lot higher resulting in leveling up quicker for large amounts of skill points at a time. It did have more risk involved and even faction hits for non-raider targets.

Outside of missions, there was raider hunting among other activates by just sitting around in a system long enough for them to show up. I did not want to destroy my reputation with factions so I mainly focused on raiders instead of being one myself and attacking other types of NPCs.

Raiders can also be quite lucrative to farm. No, I’m not talking about financially though they were decent for that as well. They can drop higher rarity modules that had some nice boost to them over anything you could buy at a station. Not to mention they dropped books that you could use for 10 skill points a pop. A good run for me could net 50 to 100 skill points in 10 mins if I was lucky farming raiders. 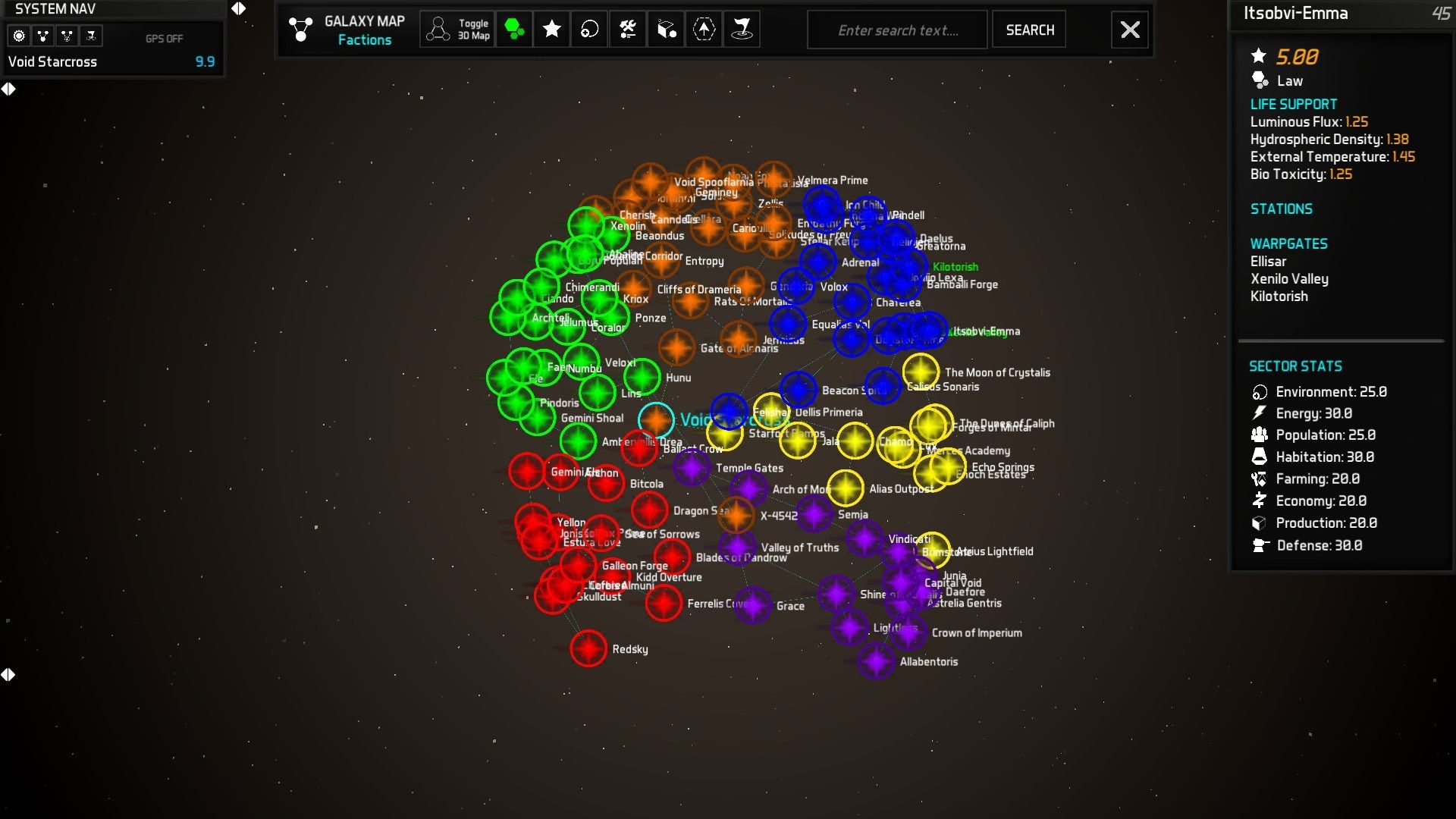 One thing that I did do that made my mission running harder was exploring all systems in the game. Once I did that missions were quite spread out. While I could pick up a few at a time it would take me forever to travel all across the universe to carry out killing missions. I guess that is what the warp drive is for that I never acquired. One thing that caught my eye when it came to this game was the word wormholes. Ok, so I’m a sucker for wormholes. In games like Eve Online l lived in one for quite a while and was hoping to repeat that same feeling and lifestyle. That so far has not been the case. All I got to say about wormholes is –RUN. I’ve entered into a few of them and that is one nut I’ve yet been able to crack. The raiders seem to reset when you enter into them so there is no kill 1 or 3 and jump out for repairs. I tried that many times with no luck.

Heck, I even spent over $20 million setting up platforms hoping it would give me the edge to take down the armada I was trying to defeat. It sadly ended in tears. No closer to my goal than the day I had stumbled on the wormhole in the first place.

I also grinded levels and skill points hoping I could just out tech the horrors that were thrust onto me. I soon realized after leveling up quite a bit and hiring 5 mercenaries that the wormhole only got harder. The game scales with you it seems and my hope of making a certain wormhole my home faded away.

Why would one want to get into a wormhole anyways? Boundless riches as far as the eye could see when it comes to mining. There are supposed to be some wormholes that lack giant packs of death in them. I guess I’ve just been unlucky with my run-in with them so far. For those who end up with way too many space bucks burning a hole in your pocket. The game has your back with a giant pit hole of building structures. You don’t just spend 6 million on a generic construction platform and you are done. Nope, you are going to need a few of them.

The entire system is quite an interesting way to go about it. You could build out each structure to serve a single purpose in most cases. This involves deploying a generic construction platform. Then upgrading it along a path to get the result you want by spending money and components.

Along the way, you might find yourself needing an energy generator. While a construction platform can be turned into one that then is its purpose. It will also only power other platforms within range. So quickly after playing around with it I notice my budget for what I wanted skyrocket into many hours of grinding for money. I did not fully dive into it too much in a safer area other than the small setup I had in the wormhole. I started to run low on funds. It appears like you need to even gather people to run a station model if that is what you one. Have a housing area set up for them as that is one of the buildings. Along with many other functions. This seems like it is the kind of thing to have set up in a wormhole. It’s a shame I just can’t find good neighbors in one to set up the kind of operation I’m looking to get into. Already this game in early access has enough playability to it that if this was it I’d be happy enough with the way it is. Naturally, I do want a bit more of a deeper game and perhaps one day my character will be living in a wormhole only leaving to sell and bring supplies back in. I just wish there were actual sites to run with multiple rooms like there are in other games.

Screenshots were taken and content was written by @Enjar. Screenshots are from Astrox Imperium.