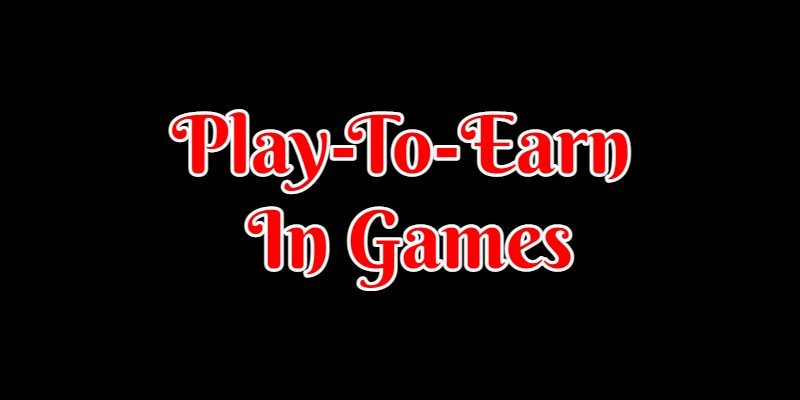 More and more I keep hearing people say play to earn in games is not fun. I do think it won’t be for everyone. Once people get over short-term thinking about the money side it can take a lot of what has been happening in the video game space in the background on shady sites and move into the light. Like anything else in life, the markets need to determine the good games from the bad. This in these emerging markets is going to take time. Some however can’t wait and FOMO or get greedy.

You have many people who have never earned a single cent from playing a video game before. For them this whole concept of playing to earn something is new. It might even at first glance seem exciting on the money side of things. Many have unrealistic goals that are taking away the fun.

For whatever reason, once money enters into the equation people can’t help themselves in thinking in terms of money per hour. All those video games you played your entire life where you earned $0 and spent $60 or more on-- yielded you 0 financial ROI. There was however more to the equation than just the money side for enjoyment. Some seem to forget that.

Many would however tell you their time is not wasted just because they only got an entertainment value out of a game. Depending on the game they got to play with new or old friends. They got to go on some amazing adventure. They got to take their minds off things and deal with problems that are imposed in a fake world and not on themselves.

Money for whatever reason makes things more real. It has however been involved in video games for longer than the latest terming of it being “play to earn. ” I’ve been playing to earn in video games long before most players ever thought about making a single cent in one.

How far back does playing a game and making something from it go back? The moment someone realized they could charge real money for an item they looted. It’s been around forever. You more than likely just never partake in it or did not want to think much about it.

For me, however, it goes back to my EverQuest days. Yes, that old game that came out what feels like a billion years ago. Many were offered play to earn opportunities by other players and that is the biggest difference between now and then.

Back then it had to be handled by the players and was frowned on by the game developers. People getting their entire accounts banned—not fun. People getting scammed-- that sucked. With that higher risk however and a small market usually meant a higher payout if things went well.

Most never knew about such in EverQuest as they just did not play to those kinds of levels. Chances are you never had anything worth much so you never know or even cared about this pay-to-earn model that was going on by the players in the background without the game's permission to do so.

I on the other hand was a top player. I had many times looted server first loot or better. I was always ending up in the top guild at the time or moving to the guild that is top within a few months on the server I was on. I was also being paid to raid. My server had some rich people on it and they were paying for some of the best players to raid with them.

It was also kind of interesting for a while. A few times a week I would log in and I’d get a message from someone on another server. They wanted to hire me to run their raids or fill a role they were struggling with. Sometimes they just wanted to buy “raiding starts.” You know before Youtube ruined everything with everyone watching a video on a raid before doing the raid itself. You had to come up with how to defeat the raid on your own unless you bought information from someone or waiting many months for the information to leak out.

Where some of these scams an attempt to get access to my account? You bet and every time I got the “we will pay for your server transfer” I laughed at the scammers. I might have been a teenager at the time but I was not that stupid.

Many of my friends over the years were also the type to sell items on those shady black market item sites like in Diablo. Did they live in some third-world county where farming was a career for some? No. Most of them just understood the value of items and earned a decent amount from a hobby from time to time. They played the games and if they farmed something good that covered a bill they had and allowed them to keep doing what they enjoyed – playing a game.

Trading on those third-party sites back in the day also sucked. Many were not legit places you would want to do business at. You never know if it was a trap and the game company themselves were running the site or if a buyer you had was an employee. Not to mention the scams and stolen information.

Nowadays it’s different. Companies are the ones who are controlling publicly the narrative in many games in how players are earning if at all. Many of these games are play-to-earn from the company. Not play to earn from other players. Most people are also greedy looking for quick and easy profit.

I’m sorry but paying $1k, $10k, $100k in a game and needing to run it like a business putting insane hours a week into it in hopes of breaking even in 5 to 10 years is not fun for most people including myself. I just won't do it and O tend to skip over those games as well like everyone should be. You might notice unless I got early enough into a game I don’t talk about those kinds of games either that end up costing an insane amount to play just to get started.

I find games I have some sort of fun by playing them before thinking about the money side of things outside of what I’ve spent in it. I find games that are affordable to enter into. If you need to pay $10k just to get started in a game find something else. Chances are that $10k worth of items won’t hold up in value over time when whales start cashing out.

How do I know all of this? Well between play-to-earn opportunities by other players and the current play-to-earn environment real money economy games were filling the gaps between the years. Many were shitty pyramid browser games that some morons thought if they invested enough and played for 5 to 10 years they could break even. I don’t need to tell you the lifespan most games remain “popular” before people move onto another game. Usually, it did not take more than an hour to realize what games were not worth going near.

There were however some gems in the rough of real money economy games. I have talked about Entropia Universe in the past. Some people spent millions on that game. The game as crazy as it is can still be played. Quite a small population remains and it has changed a lot over time. Would I recommend doing it nowadays? Not really. It can still be fun to play with old friends but outside of that, I’ve moved on. Most people in this day and age I don’t think would have fun in it.

I did quite well in that game. Even better than all modern play-to-earn games I’ve ever played combined. I also had a lot of fun and it was not just due to the money. If you are not going to enjoy a game style before money enters into the equation. Chances are you are not going to when money is.

Entropia Universe also reminds me of many modern-day games in their play-to-earn offering. You can do a lot of shitty, boring, and repetitive things to make a couple of cents an hour if you are lucky in Entropia Universe. You can go sweat monsters in giant groups with others, go around exploring for rare item spawns on the ground for crafting, or even take your chances in pvp oil rigs. Those are all low-skill activates anyone even a new account can do and as long as players need the items and keep buying them there will be a market for it. Like in most of today's play-to-earn games.

Did I try all those things in Entropia Universe just to see what they were about? You bet. I knew if that was what my gameplay was going to be like it was not worth playing as there would be no fun to be had. I however found many things in that game I enjoyed and they had a nice payday over the long run for quite a while. Like most good things eventually, everyone finds out about them and you move on.

If you are a gamer like myself you more than likely have some games you played for 1k+ hours. Just imagine when you were done if you got to cash out for $2k. Sounds awesome right? Heck ya, you were not expecting anything out of those games from a financial standpoint. If however, you thought during those 1k hours of play you were only doing it for $2 an hour more than likely unless you live somewhere with a very low cost of living it would have been a “waste of time.”

End of the day it’s all about the perceptive you have. If you can’t find enjoyment in a game find something else to play. If you hate mobile and browser games don’t play them. I think many will be shocked one day when many PC games start coming out with some kind of play to earn model and blockchain elements.

The reality is you be lucky for the majority of items in games to be worth a few cents. Unless something unique happened to cause a common item that everyone had destroyed/broken down/sold at a vendor as it was so worthless. Along with the only people who had any left quit the game a decade ago and have no idea it’s worth a metric ton of money because the game developer forgot all about balancing around said item. Don’t worry that almost has never happened. Such things did not happen in Entropia Universe and dozens of games I’ve played over the years. Nope, not at all (wink.)

Instead, let’s focus on the future. One day you might just find a game you love and those game developers looking to fight third-party shady site sellers are going to enable players to trade in-game for cryptocurrency. Maybe they won’t call it to play to earn as by then people have realized the average person just can’t handle those words without the game needing to generate them insane amounts of money per hour for low unskilled effort.

Whatever new terms for this phase of gaming many people are entering into end up being called. I look forward to the fun and opportunities it creates. All within what I hope to be a safer and more enjoyable environment for everyone involved. Gaming is a massive worldwide thing there will be billions to be made. Some will sweep crumbs off the floor while others build empires.