It has been years since I have played League Of Legends. My main reason for never playing the game again was because of the community that drove me up a wall. What EVER I did was never “correct.” You always had some back seat driver trying not only tell me what lane I was supposed to be in but people would get into fights over whatever lane I was “suppose to be in.” While they were fighting we were losing. Good fun—not.

The history behind this champion is of my own. I was 100% f2p player and as such my selection was rather limited. I only ever played one or two champions max and quite frankly I can’t recall what they even where. I just remember one match I was told: “get to the top lane.” Then playing a match after that with the same exact champion “noob bottom lane!!!!!!.” Even another I guess that same champion was also a jungle like holy smokes I must be the jack of all trades.

So there is only one champion that would ever make me even think of coming back to that game.

Jack Of All Trades Cat 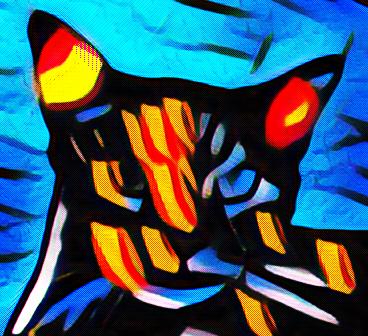 His skills change depending on the lane he is in (not OP at all I swear!)
If he wants to go top, mid, bottom, jungle, outer space that is fine. In fact, anyone who says anything about where he goes just increases his skill level by 10 fold, makes him enrage and enables team killing! Finally, I can shut that one guy up.

Oh, I’ll show you who going be a bottom lane you *&&!!!!! Not this cat that is for sure; unless, that is where you are. Then, I guess I’ll get down there to murder you. That right the Cat uses anger instead of something more standard like mana.

Speaking of which the Champion would look like a cat. He would get a cute little ball of death that one shotted anyone who was hiding in the bushes. That right I am onto you bush hiders! All hiding in the bush like you where some hot caterpillar or something.

All the other players on my screen would just look like mice and I would just go hunting! Suicide diving into someone’s tower? No problem if I can pee on it for 10 seconds without being interrupted that just my new litter box. Go get your own!!!!!

While running around I would find catnip, a cat bed that I will 100% near use despite it giving me a resting bonus. I am also going knock over everything in the jungle for the lolz and the other players on opposite team have to go and pick it all up and clean up the mess.

Once I make I to your Nexus by just ignoring all your towers as I’m a cat and those things are only resting places for myself. You have to pet me and toss me toys to play with. That right end game for this champion’s gameplay and massive l33t skills is wasted 10 mins of the other team’s time having to pet and toss mice toys for me to chase.