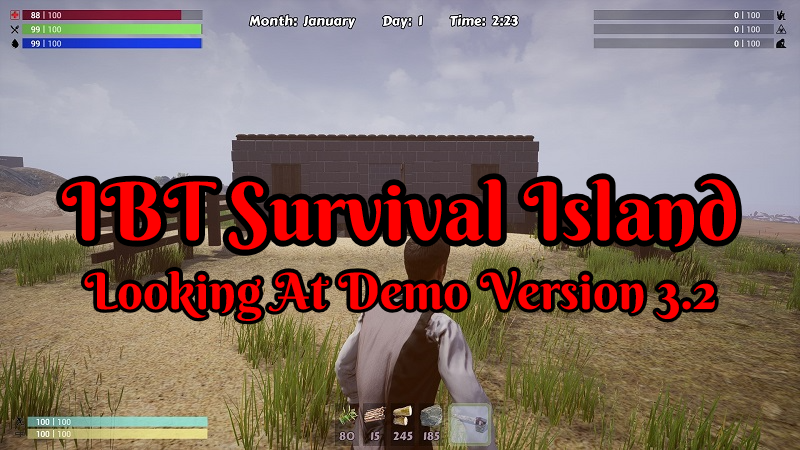 IBT Survival Island is a survival game with elements of crafting, building, and gathering. It is currently in early development where they release demo versions to be tested. The team behind this game has just released another demo build and that will be what I take a look at today.

This demo round the team made several changes to the game. This included some modifications to the main island’s landscape. A crafting system where you can make several new items to place in the world. Some new things to collect and discover while exploring the island. Along with the ability to drink water and eat food. I don’t recall the top of the island being hilly I rather like it. It adds a lot more depth and fun when looking around and gathering resources. It was also somewhat funny seeing a house half-buried in the landscape.

This island must get some bad storms. Building shelter seems like it will be quite a key component of this game overall. I checked out building further in the first demo I played a while back so I won’t be covering that in this post. IBT Survival Island has had a bit of a UI and inventory management overhaul to accommodate their new crafting system. They now have several new items to craft that are themed around decorating a house.

The main crafting menu has several windows to display needed information. Everything from what you have unlocked and if there anything is not able to craft. Along with the crafting requirements and the total resources you have.

I like it when a survival game shows you in the game window you are crafting how many remaining supplies you have. That way you don’t have to dig around in your inventory bag to see how many you have remaining of a certain item.

They also now require you to craft an ax to go out and collect from trees, boulders, and several plants. The game gives you a friendly reminder when you start that one of your first goals should be crafting a stone ax.

I ended up building a small testing house to place a number of the new items in. They place down right in front of you when you click craft. They can also be picked up with E if you wish to move them around. 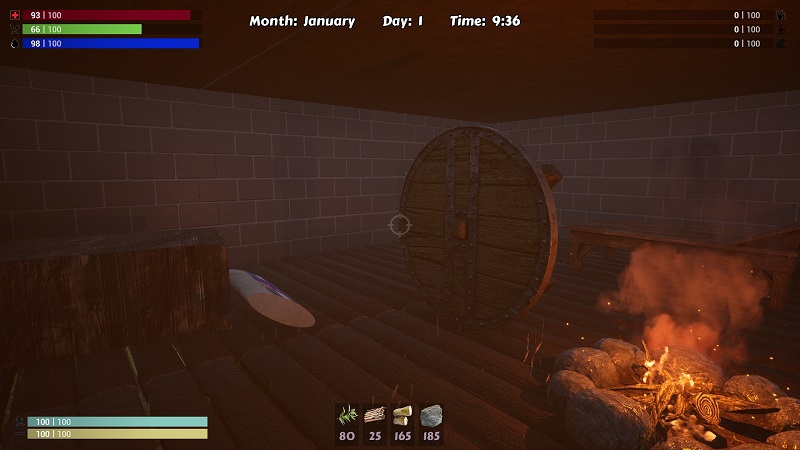 All of the future I crafted had physics to them when you picked them up to move. This did make it a bit difficult to relocate and place. As you can see from my disorganized room when I tried to move some things around. This was in part due to making my house only 1 layer in height. Things kept hitting the roof when I picked them up!
For ease of use, it would be nice if crafting and placing down furniture was more like building blocks for the house. I can understand why they did it this way as it gives the player more freedom once they get used to it to place the objects however they want. Even sideways or upside-down if they can get the furniture to place that way!

It was great to see a new crafting system in place. Seems like they have quite a solid ground now to build from if they wish to include further things in the future for the player to craft.

Exploring Around The Island 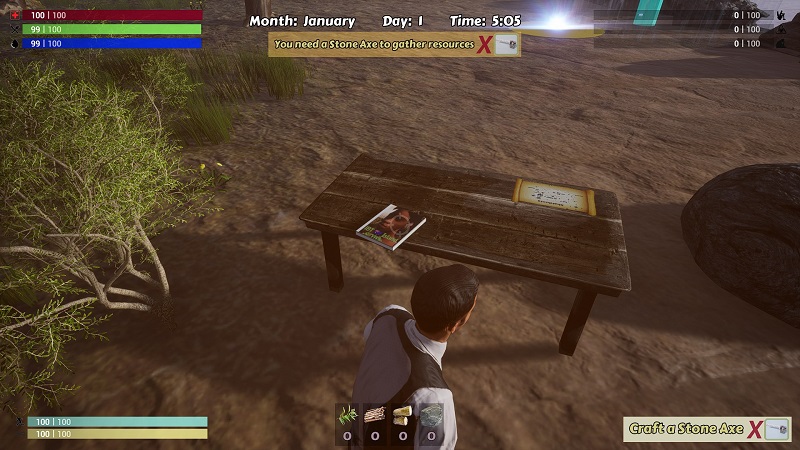 With every test build, it is just fun to run around and see what other changes have been made. With them adding in a new crafting system there where several new items to find and interact with.

I managed to find all but one of the books. I’m wondering if the one in the starting area next to the tutorial instructions is meant to be picked up? Several other items on the table where but I gave up trying to pick the book on that table.

It was also nice to be able to loot things to eat now. While the Quandongs did not add a lot to the hunger bar and I could eat most of the food on the island in a short while. It is at least good to know I won’t have to resort to more extrema measures. The Quandongs did stay in place floating making them easy to collect if you chopped down the plant they are on first. The demo patch notes did say there were some bugs I do like some of the personal touches like being able to loot the wood of what appears to be a former dock. I guess I won’t be getting rescued from this part of the island. There were several things to check out but I won’t spoil anything else. 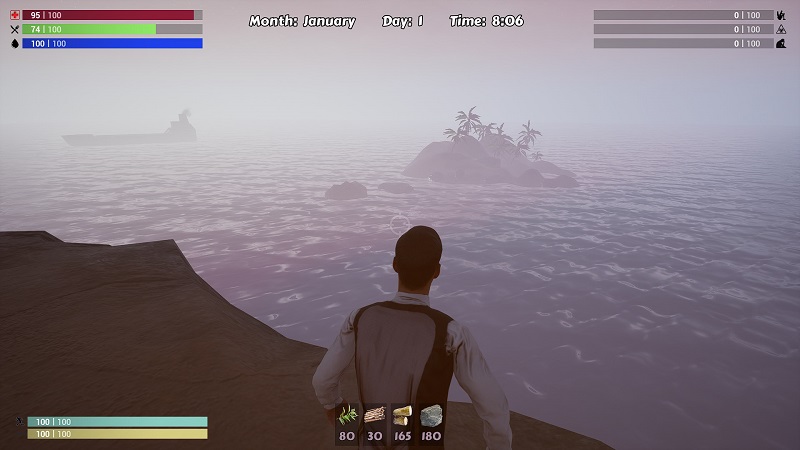 It is great to see IBT Survival Island continue to make progress. I am already eyeing some of those distant islands we can see in the fog off into the distance. For now, there is a wall blocking me from trying to swim to them!

I look forward to seeing this game continue to grow and the future DLC that will add some Hive integration as well. It will be interesting to see how they tokenize the game. As it stands they are awarding tokens that are not created yet for those who test each of their demo rounds which I think is just a fun way to get people to participate. They are still waiting on SMT’s and for the game to be further along in development.

Screenshots were taken and content was written by @Enjar. Screenshots are from the game @ibt-survival.