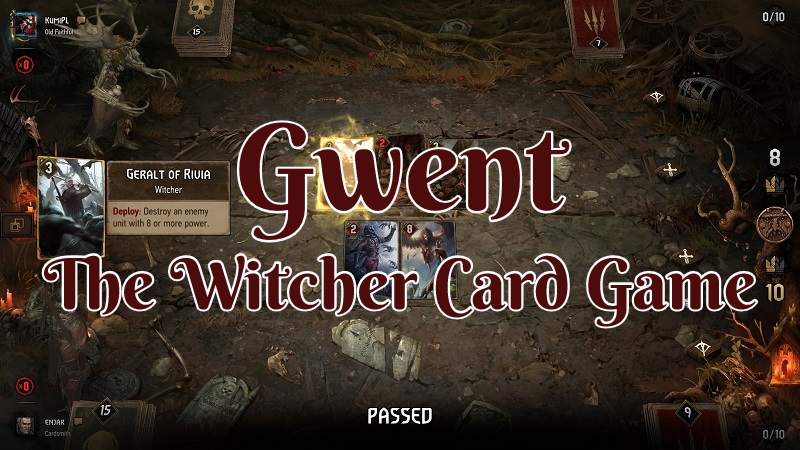 Gwent is a f2p digital collective card game (dccg) that you might just remember playing a mini-game version of it in The Witcher 3: Wild Hunt That evolved and got its own standalone version called GWENT The Witcher Card Game.

Gwent is one of those games that I forgot mostly about until recent times. I remember being excited when I was playing The Witcher 3 and finding out they were having an open beta for an actual game of Gwent. I even signed up and played a few hands. After that, it went to the backburner and since it was not on a platform I generally use it was lost and forgotten about. Over time they did get out of beta and they have even had some DLC since then as well.

While Gwent has a lot of similarities to other games in this genre almost at every turn it tries to set itself apart. From in-game currency and opening up booster packs. Using a two-lane system and having many different faction leaders to choose from. Even with how they go about reward players for having esports with tournaments for the top player. Along with rewarding player in the game for different achievements. There is a lot to this game that makes it quite fun to play. 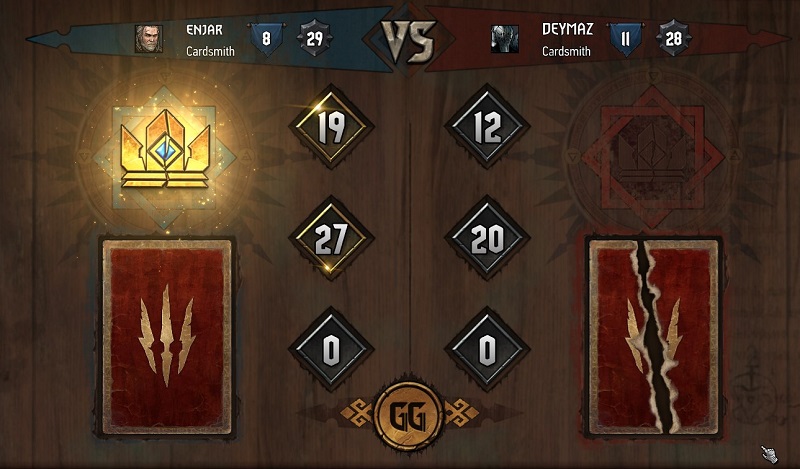 When it comes to a lot of the smaller things Gwent does have a lot of things that are quite similar to other dccg out there on the market. They have also found their own way of making them a bit different.

Instead of having every match a sudden death like most games where a single match determines who wins or losses. They go with the best of three models. If you can win your first two matches than naturally it’s game over and you have one.

What makes them a bit different is you don’t get a fresh full hand draw of 10 cards after the first match. It’s just three and carries over any remaining cards you had from the last match. You then get a chance to mulligan (choose to redraw) three cards on the first hand and two cards on the second. Giving you some opportunity to try and get the cards you wanted.

The first match starts with a coin flip to determine who goes first. Unlike other games where they try and solve the issue of the first player having the starter advantage and buff the second player in some way. They, in fact, give the first player a card they can use in the first match at any time to boost one of their cards. This can give quite a heavy advantage to that player unless the other player has a direct counter to it such as destroying a monster over 8.

So far I’ve not found the gameplay to be as advanced or complex as a game like Magic The Gathering Arena. This could be that I’ve just not played enough. You do still have quite a lot of card synergy and it does feel a lot more in-depth than a game like Hearthstone.

Most of the in-game currency is rather standard and expected. You have kegs (booster packs) that can be bought with real money or ore. Scrap that can be acquired by milling cards and used to buy the ones you want. Along with Meteorite Powder that is used to crafter higher end cards or changes the cards cosmetics. 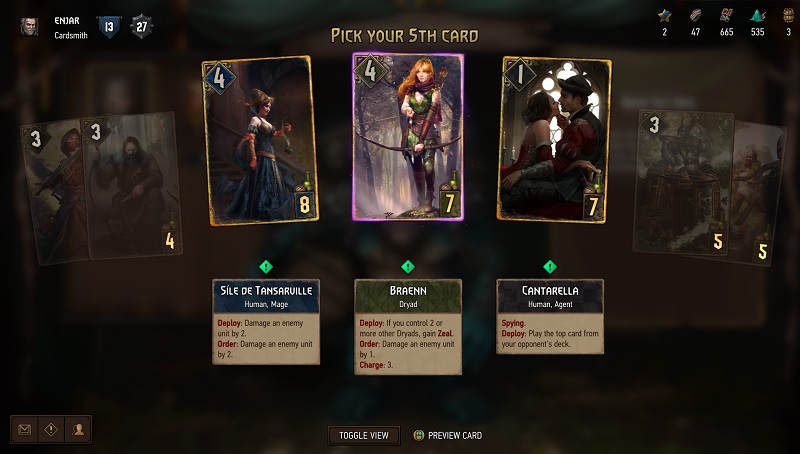 They also took opening up a keg (booster pack) to the next level. While you flip over your basic lower rarity cards. With your highest single rarity, you get the option to choose from 3 different cards as your final pull. While I still prefer Magic The Gathering Arena System of wild cards. This at least gives the player a much better chance at getting some needed cards.

There are also a bunch of other similarities but they are a bit more complex and I go into greater detail with their own sections. For the most part, these things are just what makes them a dccg game in the first place and they have done a decent job at making it their own. 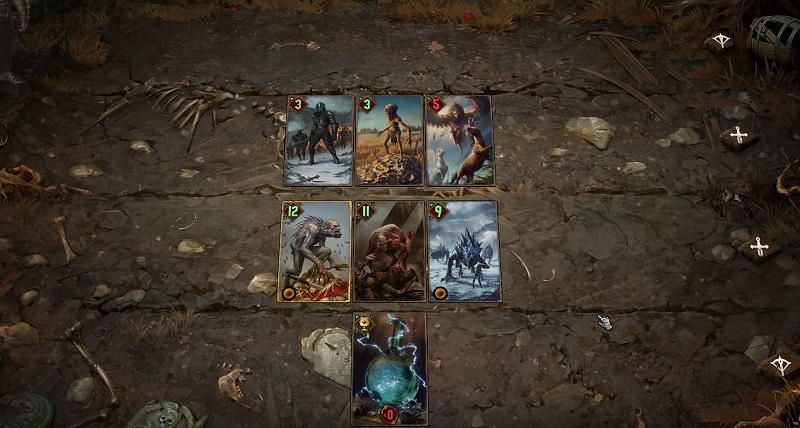 One aspect of gameplay that helps GWENT stand out in this genre is how they use two horizontal lanes to break up each side for the player. They have a melee and a ranged lane and while that in itself can dictate some of the units that could be placed there that is not always the case.

There is an interesting dynamic to how the player chooses to use these two different lanes. Some cards what ability they have will be entirely depending on what lane they end up in. While others might be more limited to what effects they have or cause to cards placed in that specific lane.

There are also spells that can affect an entire lane such as damaging all creatures. So for the player finding that balance between how many cards you are even willing to play in a single lane depending on if you think your opponent could have such ability adds further depth to the game. 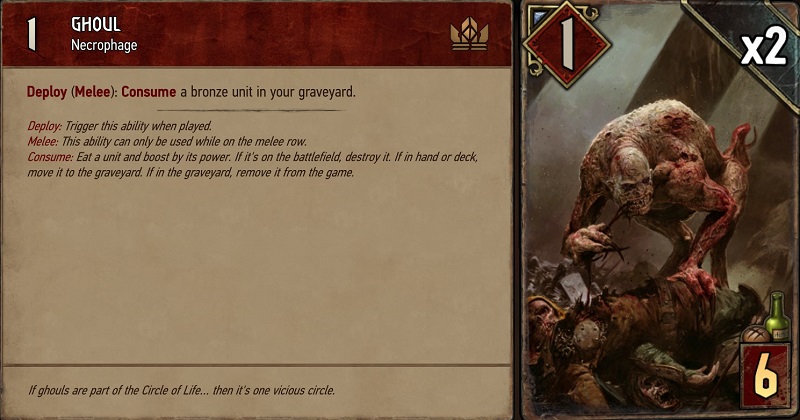 Since I play a Monster deckhand I have some cards myself that are dependent on what lane I put them in. Such as my ghouls that will consume cards out of my graveyard if they are put into the melee lane. As such it can be very important to know which cards someone graveyard was placed.

Overall I really loved this aspect of Gwent as it broke up the battlefield and causes the player to have to think about placement and pay attention to where their opponent is placing cards as well. It’s also not overly complex to the point it’s hard to grasp. It just adds a nice balancing feel for that risk vs reward in how you choose to deploy your cards. 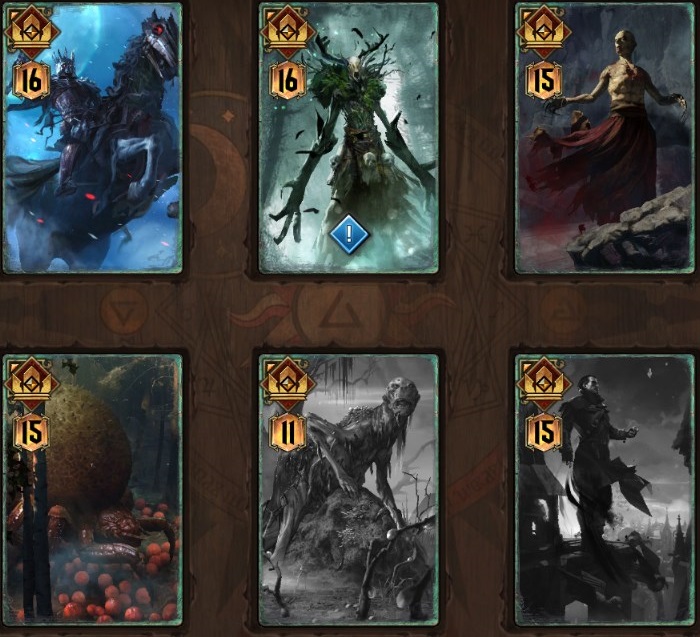 In a typical fashion, each different type of faction you can play you selects a leader that grants you benefits. Instead of just having one leader per faction of which there are 6 different types. Each one has a few different ones you can pick from.

My own favorite Monster faction has 6 different leaders to choose from. Many of them require the player to activate them and have a certain number of limited uses throughout all your three matches with a player. They can be as simple as the one Eredin Breacc Glas grants who boosts a unit on the field by 3. To far more complex things like Arachas Queen that allows you to spawn in Drones(spiders) along with death trigger from your own units getting destroyed.

You also have things that go far beyond just simple boosting or summoning a unit that leader is known for. Some leaders might shuffle and draw cards, allow a player to find a card in their own deck, copy an opponent’s cards or even grant the card if you choose with an ability like charge.

With so many options of leaders, it really gives the player a wide range of playstyles even within a single deck type. While centrally current meta will favor one leader or another in each of the different deck types. This also gives the player to build around expected meta and come up with their own way of countering them. This also helps resolve the chance of mirror matches up which tend to get very boring in dccg games.

One of the biggest draws in many of these dccg games and Gwent is no expectation is rewarding the player for playing. It’s how they can still have a f2p model while also selling booster packs and other items in the game. They accomplish this by having something similar to daily rewards, contracts (achievements) and a reward book.

The daily reward system follows the normal get three wins playing as a certain faction, playing so many cards, win in this type of mod and so on. In exchange for finishing them you get the ore to reward points. Nothing out of the ordinary but enough to cause f2p players to keep playing daily so they can keep getting free kegs to open for cards.

The contracts are this games achievement system. For the most part, they give out reward points that are used in the reward book. You can also earn other things like cosmetics. So you end up doing things like winning a number of matches, unlocking certain cards, getting to a certain rank and other things of that nature. There are over 500 of these in total and they keep adding more over time. 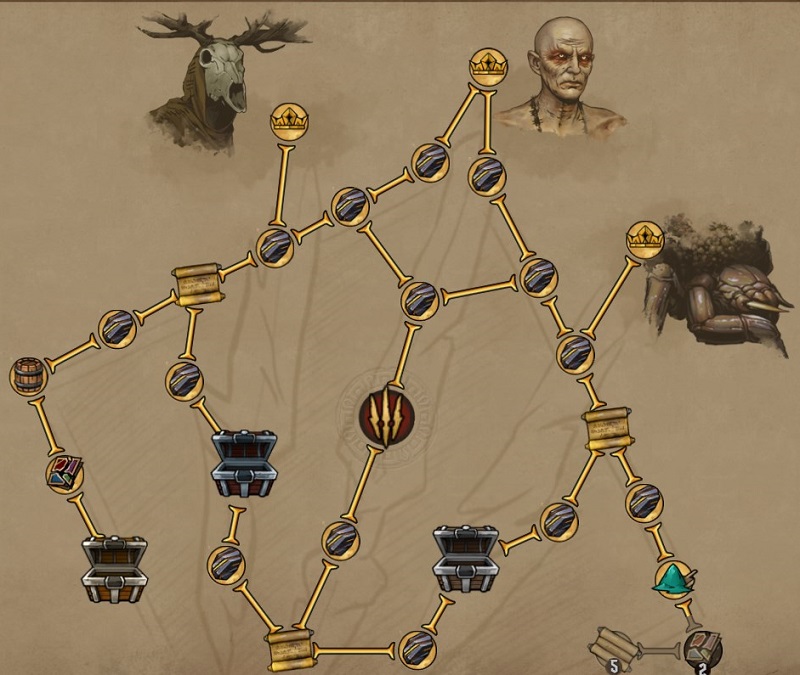 The Reward Book has to be one of the more in depths reward systems I have seen in a dccg game in quite some time. As you earn reward points you get to spend them here. There are a bunch of different reward trees that allow the player to target specific factions or even leaders once they have progressed far enough along. This allows the player to unlock many of the faction leaders or earn ore, scrap, meteorite powder, and even kegs along the way to those rewards. 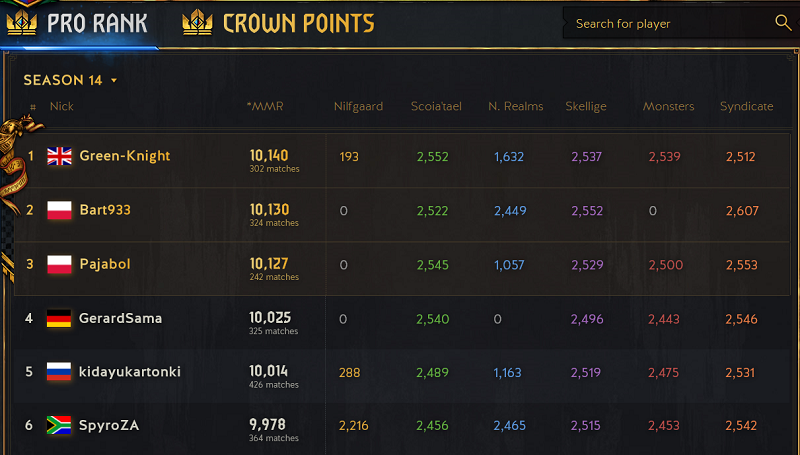 For whatever reason, I just love the idea of dccg having some kind of tournament scene and in their case, it’s called GWENT Masters. It seems I have either missed the peak of this esports or they are just not updating social media and pages very often.

The top players who rank high enough and qualify and get invited out into open event that has a prize pool of $25k. They have a number of those rounds before moving onto a challenger league for 100k. Beyond that, they have a final World Masters for a $250k pool.

For the size of CD PROJEKT RED that is quite an impressive amount, they have been tossing into having an Esports. They are not the biggest company out there they also have quite a smaller social following than the giants in this industry that pony up a lot less or none at all.

The biggest issue I see is the lack of actual current information. It’s almost like they have given up yet they had a qualifier a couple of months back. Checking out the official schedule and there is nothing listed. They even have a separate Twitter account and it’s rather inactive. With their latest Tweet being about cheating that lead a player to be disqualified for 12 months.

It does look like they are still committed to running GWENT Masters it’s just shocking how little attention they appear to be giving it despite how much money has been in the prize pools. Granted I can understand that they have been rather busy trying to get other games off the ground. I’m hoping this is just a minor oversight and they are just getting ready for what comes next. 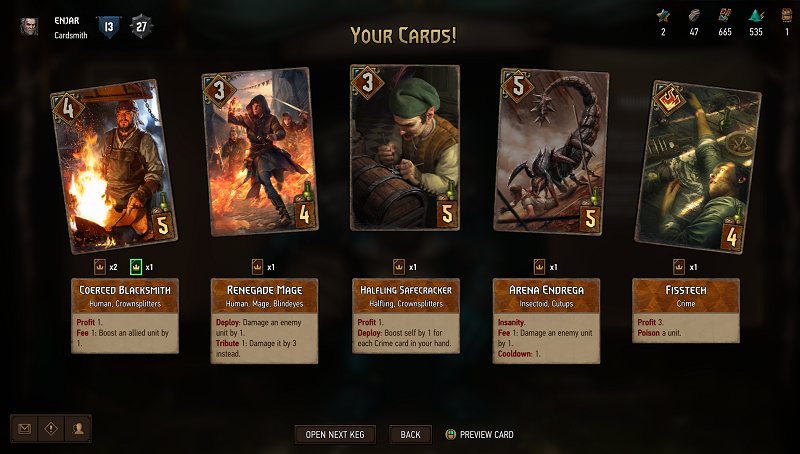 While I still prefer Magic The Gathering Arena over Gwent I ‘m willing to admit it is my second favorite dccg out there that I’ve played. I will more than likely try and find some time to keep playing it. As such, I should have some kind of update weeks or months down the road from now with how things are going along. I’ll either be playing as just f2p or a very budget player.

It’s deep and different enough to keep me from wanting to play. The reward system also keeps me wanting to come back for more since I’ve gotten to open quite a few kegs for more cards. Which also makes it rather fun.

Screenshots were taken and content was written by @Enjar about the game Gwent.