The planet Calypso In Entropia Universe was never a place I explored a lot of mining wise. Back in the day, I started with Enmatter mining and I more or less stayed in the same player-owned area. Later on, in my mining career, I would go to a different planet and switch from Enmatter to Ore mining.

While I have written a little bit about Enmatter mining on Calypso such as part 1 and part 2 mining. I wanted to find some new spots to mine ores at. The issue is I lack experience and knowledge in mining ore on Calypso in general.

Being a long-term miner I do have some places I can gather some information. The issue is however that information is years old. It is also an aggregation of a lot of data from all kinds of mining devices. Someone could have found a claim with an F-101 or even an (L) mining device. The other issue is a lot of that data covers huge areas of the game. With many dozens if not more of ores or enmatters listed. While it’s nice to have some kind of general idea about an area. It could be way off for finds in a more localized environment with what I’m mining with.

I needed to go out and gather my data on how the mining tool I would be using would be fair. it is not the best mining tool in-game for unlimited tools. It is one of the better ones that I can afford without breaking the bank. 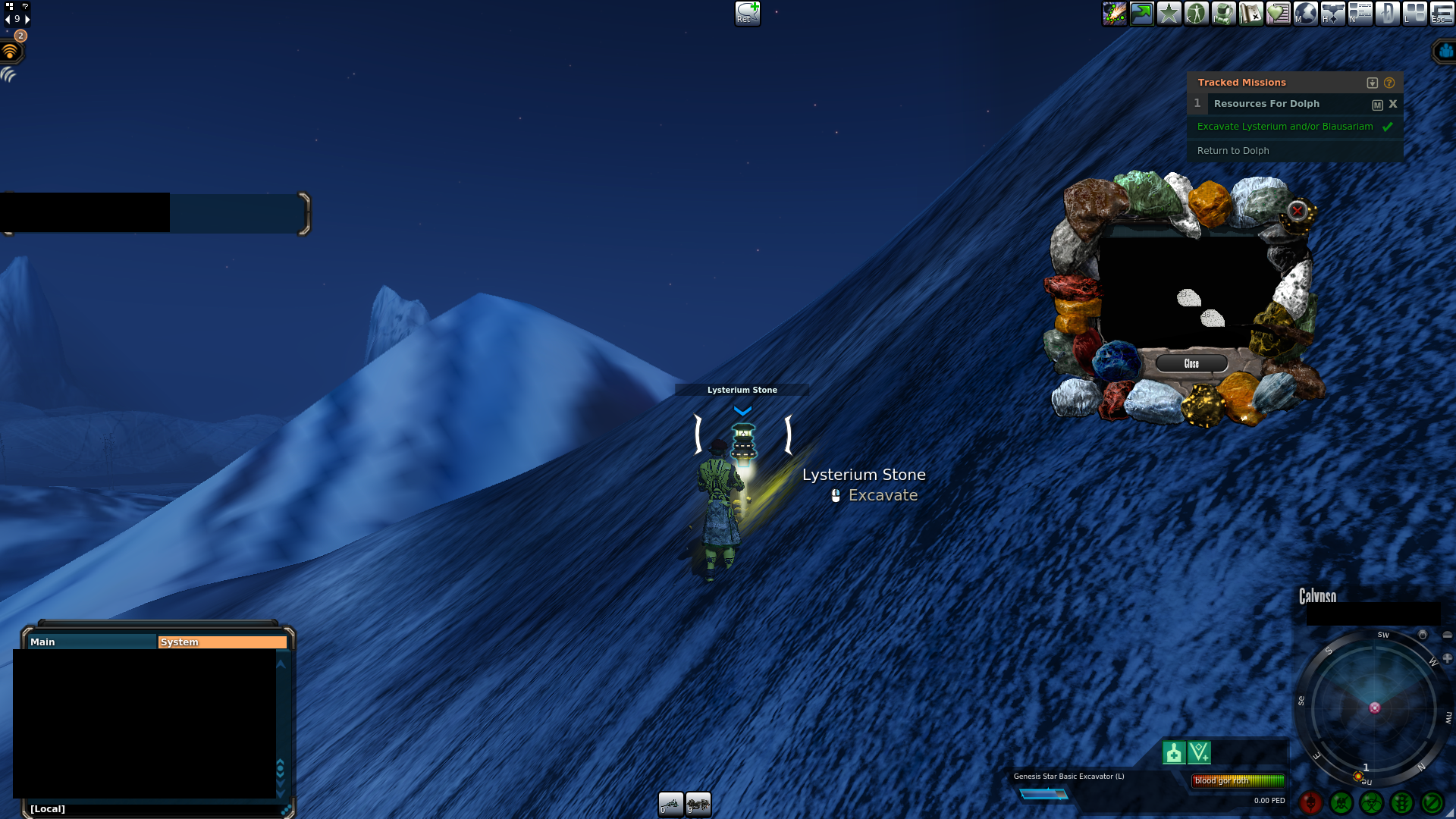 I also lacked first-hand knowledge of the lands themselves in terms of how mining on them goes. Some areas have massive mountains and other features that create challenges of where you can and cannot mine. While others might be near impossible due to the density and type of creatures that inhabit an area.

In some parts of Calypso large areas are covered in player-owned lands. They all have their tax rates set from 0 to 5% mining tax. I needed to go out and find the areas that would still be worth mining on that had a low tax that others might skip over just because they were player-owned. As a result of and desire for more data. I went out on a series of mining runs. I would usually define an area and then mine as much as the area as I could all at once. Mining for ores does mean each probe drop searching for a claim costs 1 PED each.

Having to come up with your own finer data in Entropia Universe can be an experience. There is a reason why top players remain at the top of whatever professions they do in a game like this and everyone else is always trailing behind them. They have gathered data and understand how to analyze it.

The other thing I needed a better understanding of is the current economy of the game in terms of ores. It’s one thing to look at auction house prices and think you understand the market. It’s something else to have items up for sale and see how long it takes to move them and what price points if they even sell at all.

Market conditions also change over time. You might have a miner or crafter move into or out of an area. Items that once increase in demand will change. Many times you will have slower seasons and then a giant event comes up that everyone wants to partake in that causes a massive drain on resources as crafters try and pump out all the items they can. This is a screenshot from my Little Bit Miner Log map. I won’t say exactly where it is although if you play the game it won’t be hard to work that out. I also won’t be saying what the individual colors of found claims exactly represent.

Each of the bigger circles represents me searching for ore. You will see I had some great success in some areas and a lot of no finds as well. These were just what I happened to find on that day and are not necessarily where you might find an ore again on another day. Just a general idea of what type of ores are in the area

While I knew going into this that I would only be getting small sample sizes that might not give the best results in terms of collecting data for my own needs. They would at least give me some ideas and possibly where to home in and put a lot of mining effort into in the future.

On this particular mining trip, I picked this area due to one of the ores that can be mined there. I won’t be saying exactly which ore it was. I have my reasons between selling or even possibly crafting in the future for wanting to target that ore.

That however is not the only one that could be found in the area. I ended up recording six different ore types that ended up being common finds here. The area in question has possible others but with my mining tool and the number of probes, I dropped I did not see them.

This area ended up not exactly being what I would consider ideal. I fully expect in every area that there will be one of many very low markup ores in them. In this instance this area had iron. Based on what information I had going into this I was not expecting to find as much iron as I did.

This as a result made the area undesirable with how much of a percentage of the total amount I mined ended up being iron. Iron at the time of this mining trip was selling for around 101% markup and with how much I found it would be hard to make a profit.

There are some things when it comes to low markup ores or even enmatters that you need to also understand. There is usually a reason for them being so low value. While iron is used in quite a few things it is also an ore that you tend to find larger amounts of. Such as players getting globals or even hall of fame in the amounts they find of it. This was quite evidenced during this trip. A lot of the other ores I found in this area might have been size 4 or 5 with the rare find of something as small as a 3. Iron was however the expectation. I would find a size 9 claim of it. 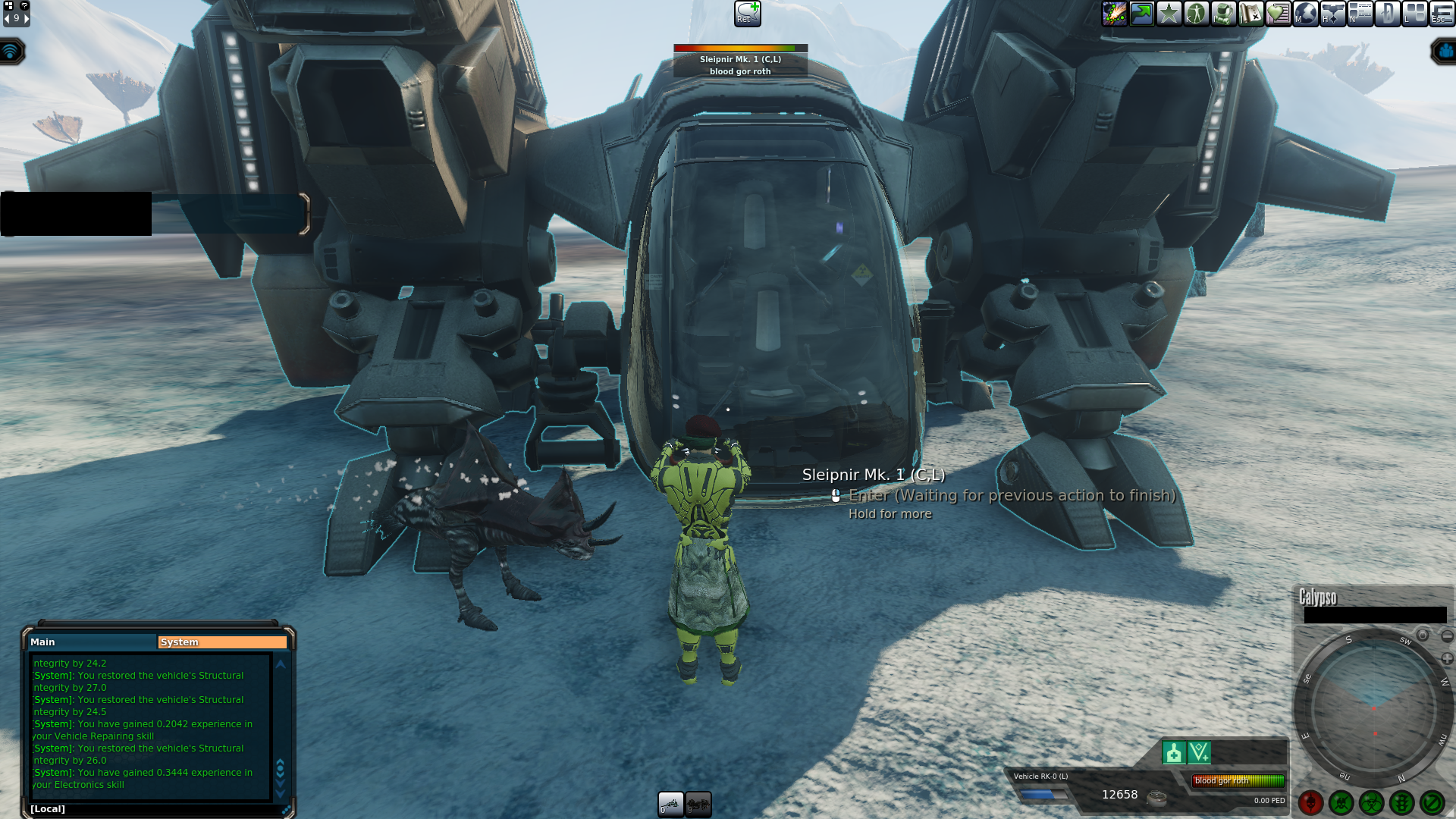 The iron in the area did help bring up my total TT (trade terminal) value of ores found. In the end, there was just not a lot of markup to help cover the costs of probes, tool decay, and oil spent flying around mountains or getting back to a post if I got killed. Along with needing to repair my Sleipnir from it sliding off steep mountains I was trying to mine on.

Despite all of that there is on paper a small 1.8% profit on this run. That however is not fully correct. There is a cost to refine the ores into ingots since those are what have the biggest volume. There are also listing auction house fees. After all those costs my profit was more than likely less than 1% or even slightly under.