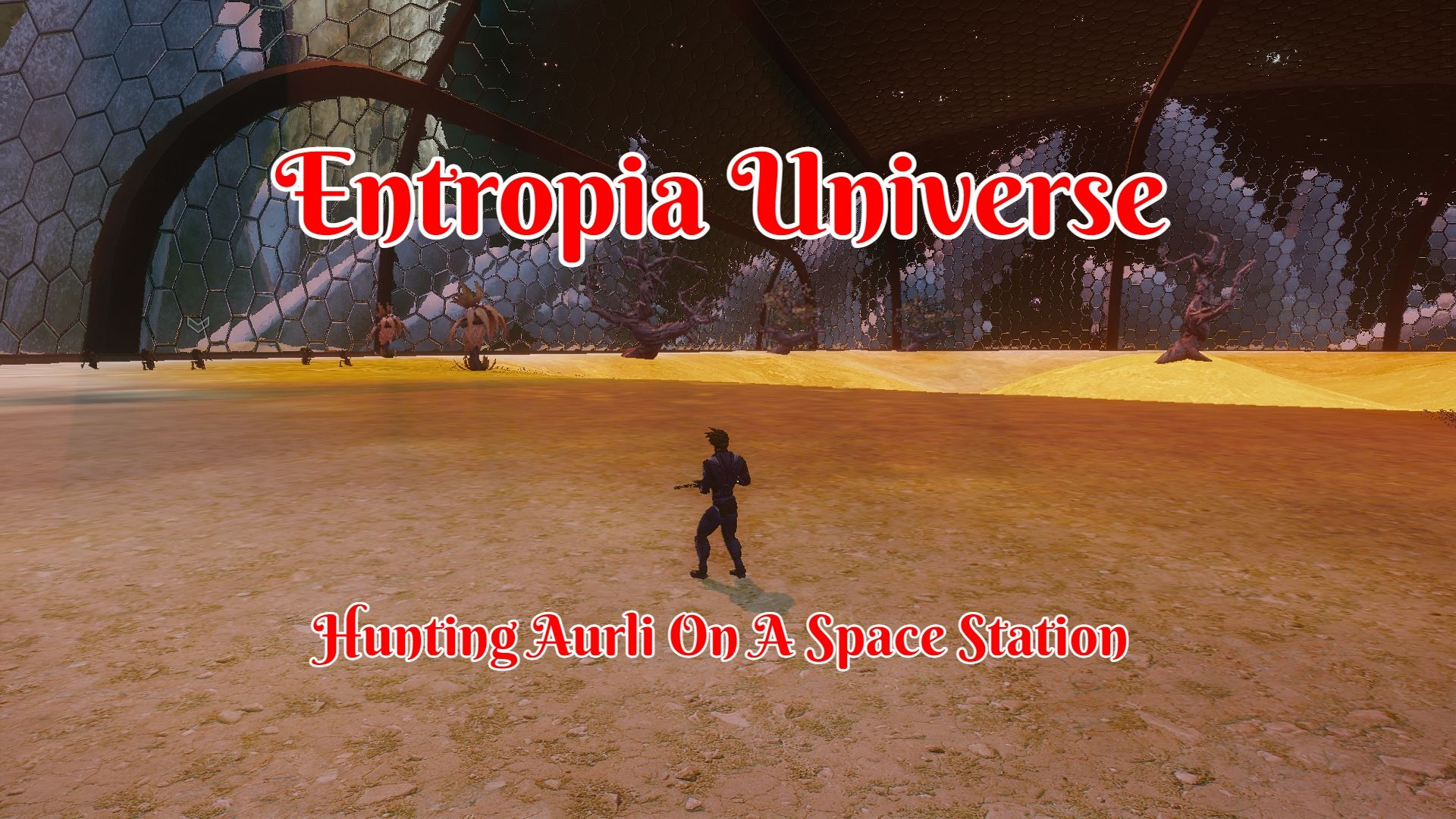 While it took a while to get to this point I’ve been excited to do this for quite some time. The Aurli have quite some interesting loots and it was time to see what those would be like. I also have plans to grind the Aurli codex and hope there are some amazing skill rewards along the way.

For these hunts, I’ll be going with a full Gremlin armor set with Mk. 5B plates. For the lowest maturity of Aurli, some of their hits will not cause any damage at all. While that does mean on the lowest end I’m a bit over-geared most of their hits when I don’t evade them however will cause damage. While I could try to go with lower gear the amount of damage and healing required makes it not worth doing so

The gun I’ll be using is an Armatrix LR-35 (L) with an attached ArMatrix L-Amplifier 33B (L) and an extender. If you are not careful this size of gun can get quite crazy in price. I thankfully picked up a few for 116.67% markup or less. The Amplifier on the other hand I was glad to get a 127% markup over the 135% you tend to see on auctions.

While a bigger gun would be nicer since Aurli has quite the health regen. It will just mean I’m fighting mostly the lower maturity of them. The health regen will also force me to use an Armatrix LR-20 (L) instead of something with less overkill. More times than not though unless there is almost not a sliver of health left I’ll just be killing them with the LR-35 (L). 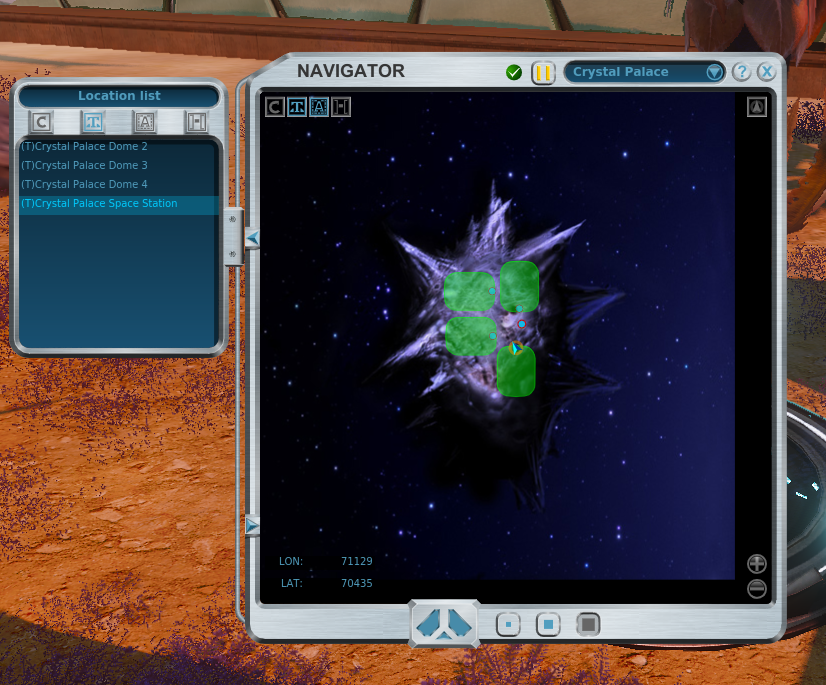 For this first run, I’ll just be going to Dome 1. It has from what I’ve seen Aurli Weak which has around 1.5k health up to Aluri Soldier which has around 1.8k health. While the Soldiers do enough damage that I might need to heal with my (L) healing devices what makes them take so long to kill is their increased health regen rate over the weak.

While there are other domes I can find Aurli in. They have a higher mix of maturity or even things like Kreltins. My first hunt is going to be during what I think is now time for the game in hopes that I get the dome all to myself and don’t have to worry about other people. All the domes are player-owned land. The Crystal Palace Space Station is player-owned. That will mean I’m hunting on higher-taxed land. This is however the only place to hunt Aurli as far as I’m aware and some of the markups on the items they drop should reflect that.

Perhaps in the future hunt, I’ll be exploring some of the other dome options. This first hunt is to see how hard it is for me to kill Aurli. Along with the kind of decay I get on my armor and the amount of healing I have to do. From what I’ve known about the domes in the past they use to be a lot more steep making it harder to pull. While there is a bit of a dip in the middle and some hillsides that make lining up a perfect shot from anywhere not possible. It was not as bad as I thought it would be. Sometimes I would just need to move up or down the slope a bit for my shot.

One of the biggest things you have to keep in mind is where the teleport and defense turret is. The turret keeps the teleporter clear of trains and you getting killed on teleporting into the dome. Which is a good thing to have.

The downside is if you are killing something close to it and get killed. There is a high chance if you are not careful you will get aggression and pull the Aurli close enough to the turret that it gets killed. While trying to make your way back to it. Losing out the kill and just getting a small amount of decay back. Thankfully this first hunt I was alone in dome 1. I wanted to see for myself the kind of creature density and how they end up spawning. I also need to learn the spawn rate and how to move around without getting killed by adds.

What I am most thrilled about is my ArMatrix LR-35 (L) has a long enough range to tag at least these low maturity Aurli without getting too close. This means I won’t have to head back to Calypso to get a tagging gun I lack the skills to use adding quite the experience to my trip and per kill. During the middle of my run, I ended up getting a small global of 62 PED. I also got to see an item I hope will be dropping at a decent rate-- Tier 8 Component. While I was hoping such a high tier level component would have a higher than 425%-450% markup each one at least has a base value of 1 PED. So I ended up getting 9 PED worth of them out of this kill.

While I did get killed twice during this hunt. I needed to learn when I should be healing and when I can get away with not. Ideally, after each fight, I would be healing with a higher eco UL healing device and not something limited and cost a lot more to use.

The cost of getting killed on the other hand can be a costly one. These things also have some decent health regen so if you die in a spot you can’t get back to quickly you might as well consider it a loss and not try and rush back. I thankfully was able to get back when I did get killed to finish off the Aurli I was working on. Their critical hits can be a bit painful when dealing with their soldier maturity of them. If I had a bigger bankroll I’d have bought a ring that slightly reduces critical damage. Perhaps I’ll get lucky on one of these runs and get something decent to afford such a nice item.

The biggest unwanted cost during these hunts is going to be armor decay. Getting an add will rack up the repair bills. Since you are not getting the drop on it first getting in 33% of its life worth of damage before it gets to you. Another drop I’m looking for is Alien Blood and I ended up having it drop a couple of times. While the markup on them is not that great. It is at least a lot better than a lot of loot I get on hunting other things. Crafters need them for making all kinds of armor plating including (L) plates. This means it should have a decent use case and I’m hoping it won’t take long to sell if I get a bunch of it.

On my way out of the run, I ended up getting to evader level 23. I’m hoping my grinding session up here is going to have quite the impact on my defense professions. The higher I can level something like evader up the easier hunting bigger things will become. 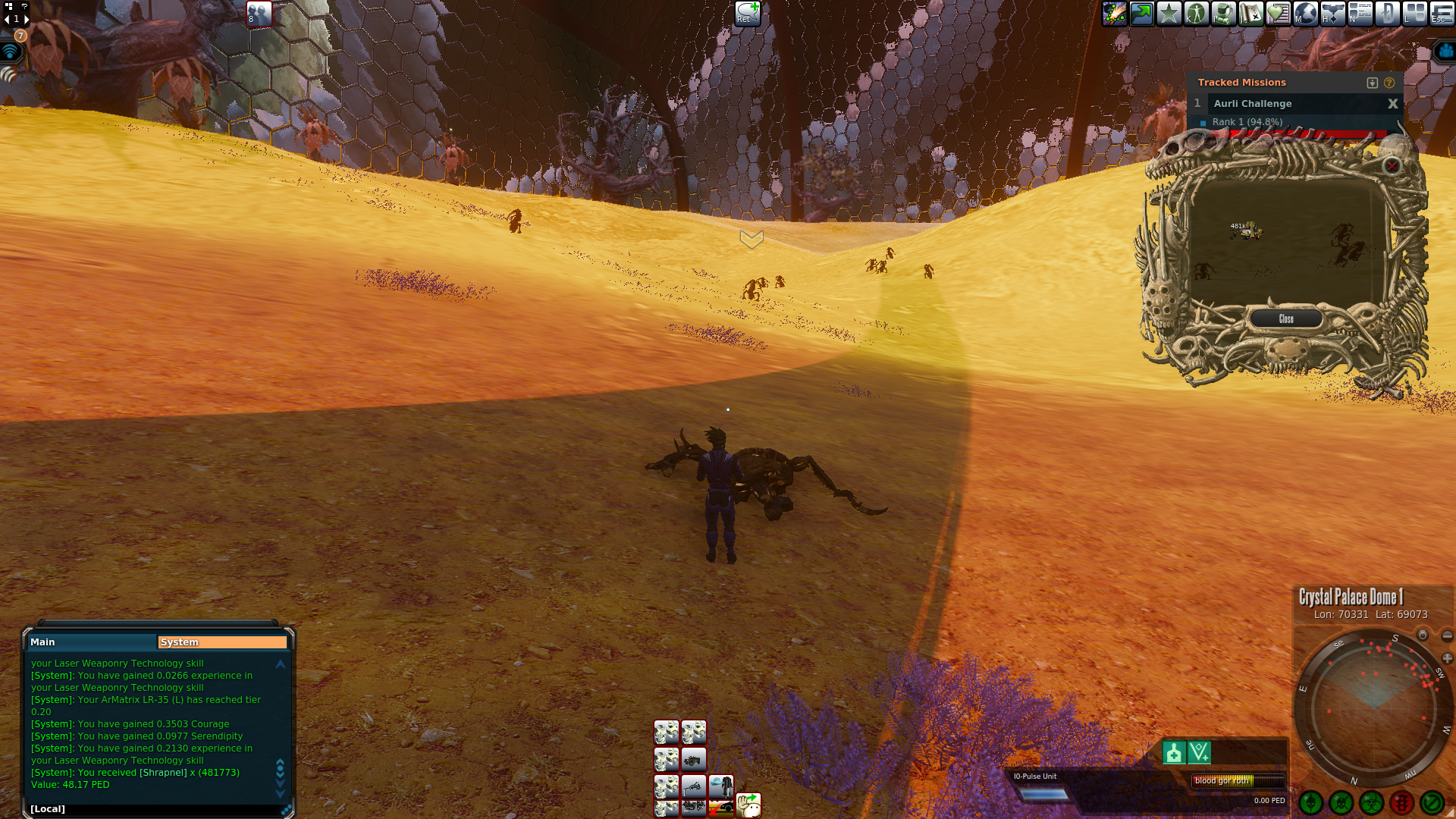 With getting a global and a few others that were close to being one as well. I ended up being up 34% on this hunt. These things can hit big and I am just happy I walked away ahead instead of being down a lot. There is even a little bit of markup not included but nothing that crazy.