Over the weekend I took the opportunity to get all the deaths out of the way. Naturally, I had a few. I’ve never been a hardcore player and I have a few bad habits I need to deal with. One of them being I love going fast. Fast as the wind right into my forsaken death that is.

So I gave myself a few hours working out a league starter setup, pace, and some states to aim for to aid me in this quest. I can understand why so many enjoy hardcore it is a ripping good time. Some heart pumping. Along with why, oh, why was I that stupid. 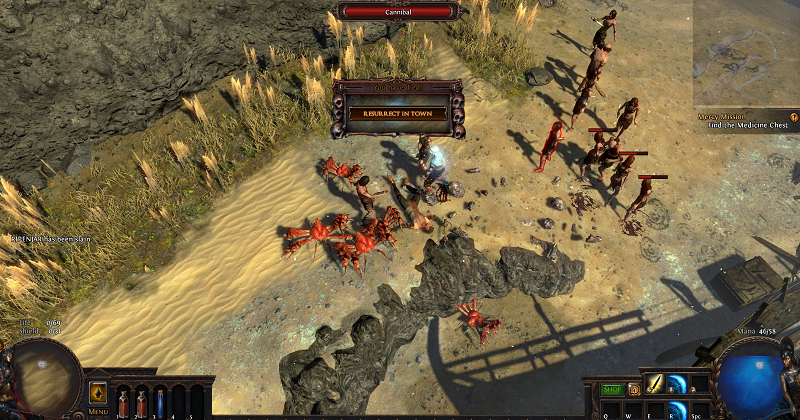 My first death was a total embarrassment on all accounts. Not even that far in and I’m felled like a tree expect there was no wind. Just not paying enough attention. It was at the very least hilarious if nothing else that I was defeated so easily and early on. 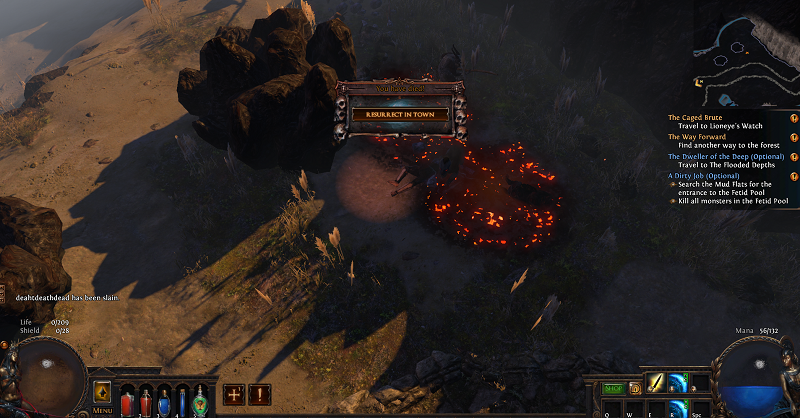 About that whole pace setting thing. I'm rather used to sitting 3 or so levels ahead of whatever zone I’m in. Just rushing past everything and not caring too much in the world. Lower level deaths usually never meant much to me not even experience lost in the past. So it was always worth just pushing forward instead of spending time leveling up or trying to get some better gear.

Ultimately I have an idea how hard I want to push now for when this event kicks off. I just have to remind myself to go MUCH slower. While I won't go fast I rather not be dead last in this race and after all, we have 7 days so really no need to rush so fast you hit a wall head-on. 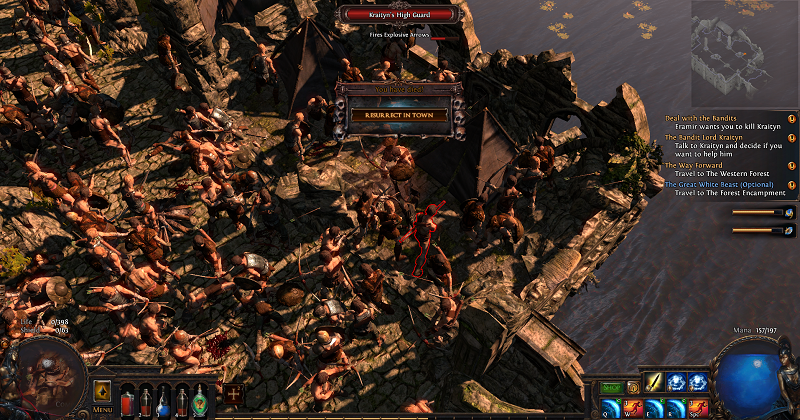 This one is a rather funny one. You might question “why so many mobs on the screen?” Well, I was just a tad under leveled and geared so I had to port out to town to refill my potions. When I reenter back to the fight nothing was attacking me. I had never taken that approach before for this fight. Thus I was unsure how it would go by me having to select “kill” again as an option. Little did I know it would just spawn another set of adds on me. Next time if I ever find myself in such situation I’ll just reset the zone and take my time cleaning back.

The previous run I never gave gear much thought. In fact, as a softcore player, I usually don’t even care about gear and a bunch of other things till around level 50 or higher. I noticed my last rounds I wanted a bit more health and I looted this ring. It was just normal at a time and I just rolled it. I luck out with little life and some more from strength making this a magic item. 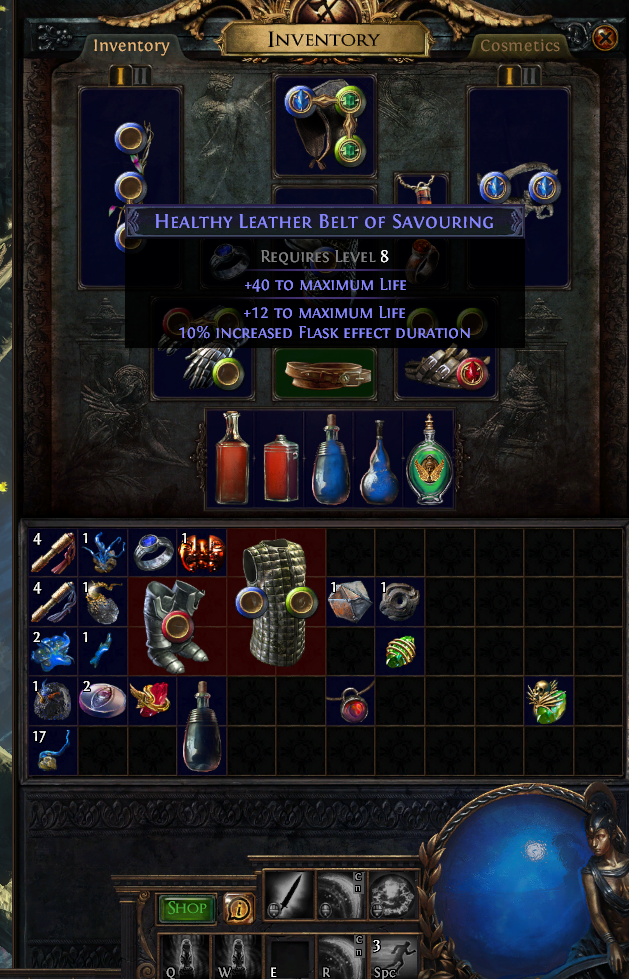 After finding this decent belt that I rolled for extra life and that flask effect I was feeling good. I even lucked out finding a 3 socked and linked helmet that where colors I could use for my starter build. While I would have performed my wand to have rolled to get a nice +1 to cold damage I was rather happy with myself and this find.

Having a bit more life than my last runs and yes even getting some resistance as well on the gloves. I slowed down a bit and in very little time I had even past my highest point so far in hardcore without much risk. As you can see I even luck out with some nice currency drops for being such a low level. 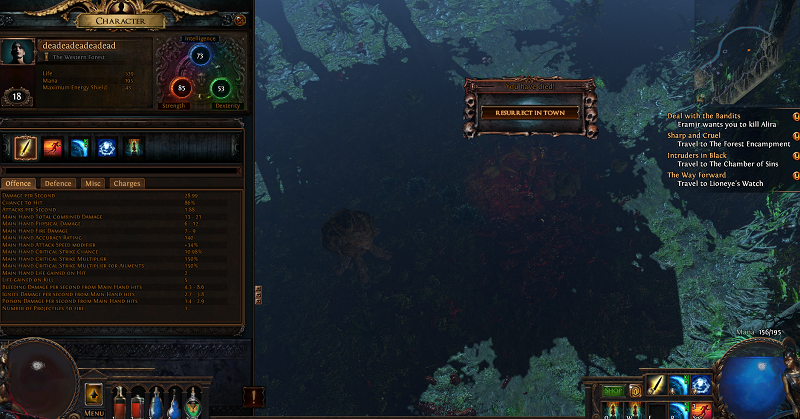 I was hoping to do this last run for a couple of hours and then call it a night. Then suddenly I just died. Nothing was even on the screen at the time. I know for certain it was not instant death as I pop a potion on whatever its first hit was. Sadly that second hit finished me off. Even the instant health potion that I used did not buy me enough time to work out what was going on.

While it was a bit disappointing my highest level doing some runs was only 18. I’ve developed some bad habits and playstyles in the past. Barring any major nerfs the build I have in mind (I’ve not check yet) I have a soiled idea for my league starter.

This run had great potential as I even picked up a skill while killing that I’ll be honest has never made it to my skill bar. You can see it down there and I’m not going say what it is. I’m sure some of the veterans know what is up. It performed better than expected and I hope to get it again. I feel a bit silly not using it before

Now at least I have an idea of some early on stats I want to prioritize mainly life and resistance. A build, skills, and the skill tree for early levels. Along with some crafting tricks I know of to try and aid me in some early luck of getting extra damage. The only thing left is to see how the league's mechanics will change things up along with a few other changes they are making.

May your rips be as hilarious as mine. I am ready for the race, are you?

Looking for more Path of Exile content? Check it out at my new site Enjar Games | Path Of Exile