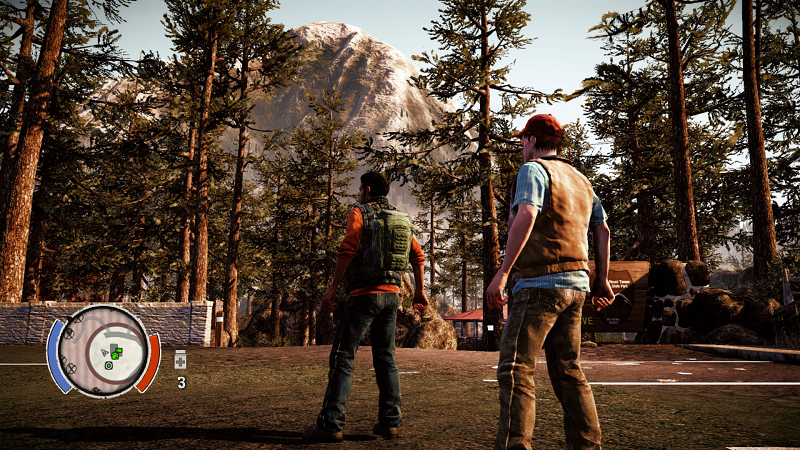 With State of Decay 2 expected release date of May 22nd, I thought I would revisit the original and remember the fun times I had. While many of us were hoping this game would be sold over on steam since that is where it did very well with State of Decay 1. That is not looking to be the case since you know-- Microsoft.

State of Decay while getting rather old these days is a fun zombie apocalypse style of game. You join a group of survivors and build up a base to stay while you go around looking for needed resources, weapons, and other supplies.

The premise of the entire game while not very complex is still enjoyable. You went out with a friend on a weekend getaway of the great outdoors and as you started to return to society you realize there was some kind of infection and the military is not there to help you. 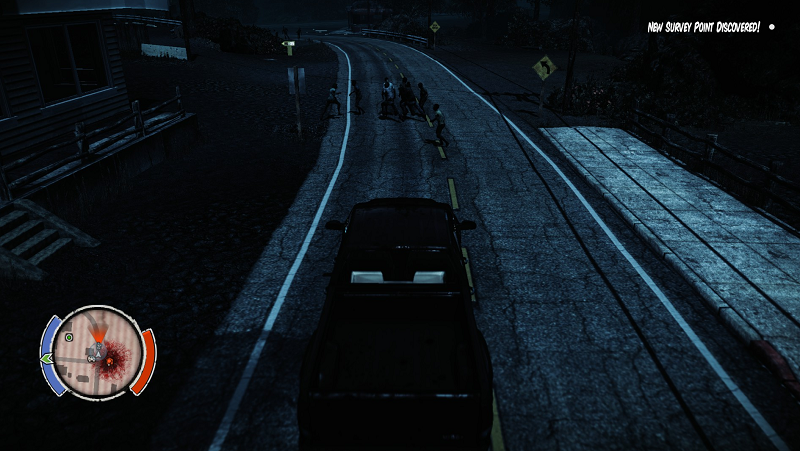 As such you are left killing zombies and there hoards left and right by any means necessary. I prefer running them over with the car, backing up, and running them over again. Nothing like a well placed open door to the face for a kill either! It is like bowling but I can actually get a strike!

When the car is not an option there always a range of guns, golf club, wrench, baseball bat. Well, you get the idea whatever you can use its go time on some zombies face before they try and eat your brains. 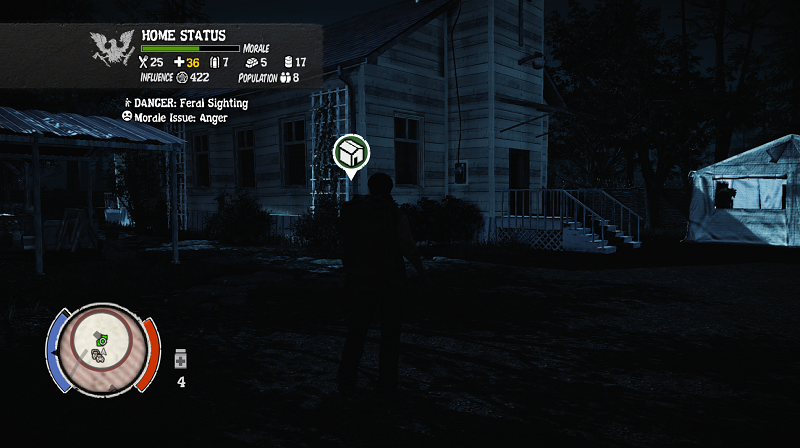 Often times you find yourself bringing back a car full of supply packs of: food, medicine, ammunition, construction material, and fuel. Some of these resources are consumed daily in the game and affect moral while also granting you influence points as well. 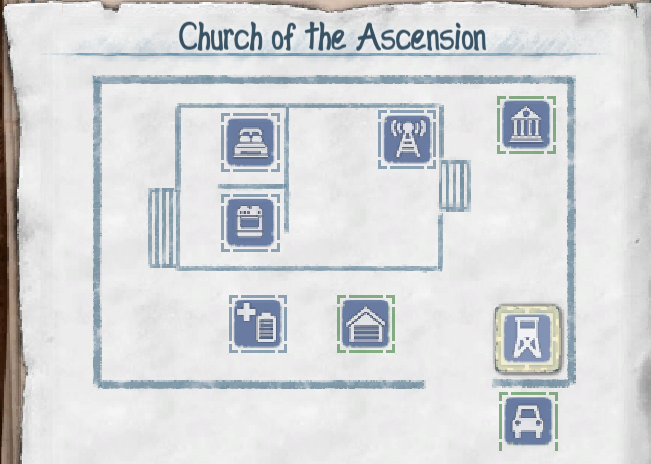 While some supplies are needed to expand building additional things for where ever you are held up. Either by adding new building such as a library or even more places for people to sleep. There are a few options. More interesting thing is you can’t have it all. You need to pick what is best for the playstyle you are going and your needs. As you venture deeper and deeper into the game you find biger places with more options. 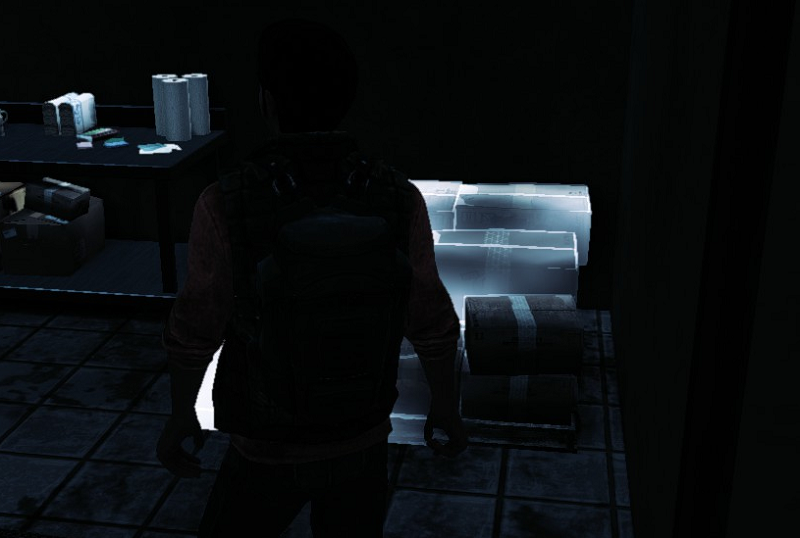 Ransacking homes looking for supplies has to be another fun aspect of this game I enjoy. While only certain things can be looted in a building. They are highlighted for you to find. You often are in need of a new weapon of zombie murder! While I do love the hockey stick you tend to go with what you find as weapons have decayed and only last for so long. Sometimes it's just better to get the car to kill off massive amounts or try and be more sneaky avoiding luring in too many.

While out and about in the world you get a random mission to do such as helping out other survivalist (npcs) who may choose to join you or stay out on their own. Take out hordes of zombies before they infect to large of an area and start to become an issue. As well as progression the main storyline towards its conclusion. While all trying to learn more about what is really going on.

While I don’t know much about this game yet it has one key feature that makes me tempted to get it. It has co-op with up to three friends. I’m also expected to be busy near this games release date as well so I might just have to skip over it for now.

Other than that if they just keep to their roots it can be an amazing game. From the look of it, it will play rather similar in many aspects. Where you find yourself setting up a base and building up community, supplies, and surviving in the harsh world. It looks like it could even play a little more into moral and ethical of how you try and survive. Will you kill survivers you run into for their supplies or choose to help them out? That to me if they play it right could add in a fun element to the game.

This game is called State of Decay developed by Undead Labs.